The 5th stage of the Critérium du Dauphiné is likely to see a sprint finish in Voiron. The 201 kilometres race is played out on rolling roads before the last 60 kilometres are predominantly flat.

The sprinters will have a second day to themselves on the fifth day of action. The route includes four intermediate climbs at shallow gradients in the first 111 kilometres before the race continues on the flat to a downhill with approximately 10 kilometres remaining. The last 3 kilometres run false flat uphill.

Start 11.35 CET TV from 15.00 CET
(Weather forecast for warm sunny weather but a strong southerly wind, so if you like echelons, today might be your lucky day)

Could be Wout again.
A

Gradient of the false flat? It's pivotal to the sprint hierarchy - if there indeed is one.

I'd love a profile of the ramp before the final descent; I could see an attack there 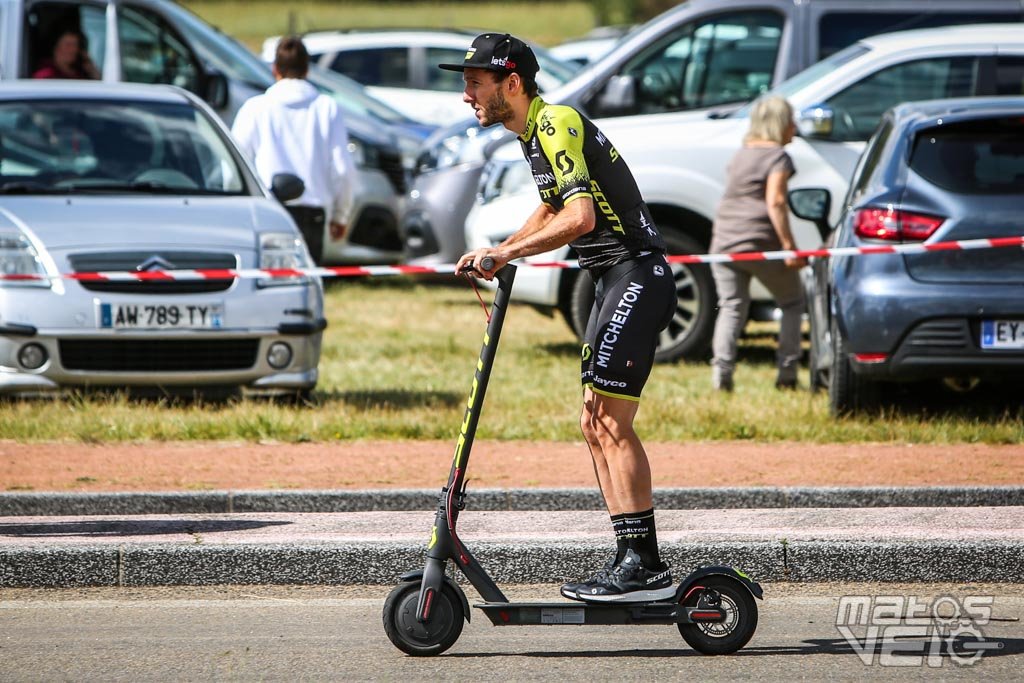 The last 5 km according to ProCyling Stats - 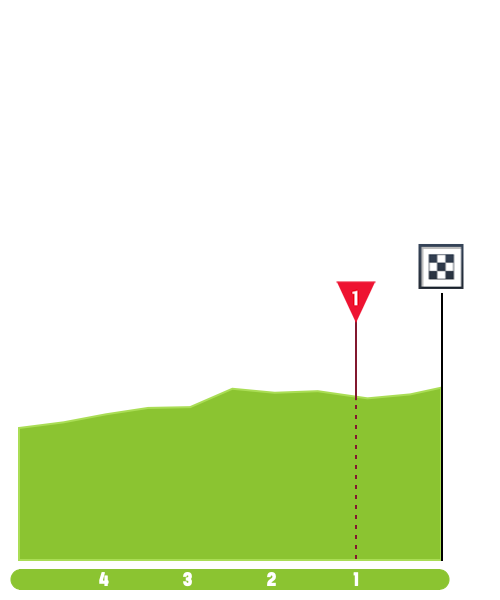 
The stage profile makes it look harder then it is, but that little descent looks a good spot for a dig.

Will MScott defend the GC or let the break go all the way? Or will the sprinters try one last time? Or if the weather forecast is correct, the wind might cause havoc. Or could it be a bit of each? Time will tell!

Don't see Bora getting too much help on this one.... Unless WVA feels like giving it another go.
Z

Not a guaranteed sprint at all. Nobody has a reason to offer significant help to Bora. Bora also have GC ambitions, so won’t bury every man to guarantee a sprint. Opportunists have a big chance, particularly if the weather makes things harder.
M

Maybe a break could survive otherwise it's a Bennett benefit.

Is that Adam Yates' secret weapon for the Galibier next month?


Pantani_lives said:
Is that Adam Yates' secret weapon for the Galibier next month?
Click to expand...

Marginal gains, why walk around when you can scoot and save energy.
F

only a 3 rider break. Likely a sprint then.

Bora leading the peloton so it could be Bennett's day. MScott getting a free ride.
Z


F_Cance said:
only a 3 rider break. Likely a sprint then.
Click to expand...

Happy days for Cesare Benedetti and the other Bora break chasers.
Z

Always marked by the heavy fall of his leader, the manager of Team Ineos gave news of Chris Froome, this Wednesday morning at the start of the fifth stage of the Critérium du Dauphiné. The Brit, still unconscious, was operated on his many fractures last night in Saint-Etienne.

"He is at the Saint-Etienne hospital and had an operation during the night for eight hours. He is in intensive care for two or three days. Then we'll see when we can bring him home. "

What fractures did it take to operate?

"The femur, the elbow, the ribs and the hip. There was a lot of work to do ... It was a pretty important operation. The staff at Saint-Etienne was great. They decided to do all the operations in the same amount of time rather than little by little. The wound was so bad that it had to be done as quickly as possible. In this situation, the longer one waits, the greater the risk of aggravating the injury. "

Have you been able to interact with him?

In what state is your team?

"We see falls every day. We are used to seeing this but even after years in the sport, it's hard to see bad falls like Chris's. We immediately knew that it was a serious accident. Wout (Poels) was next to him. He fell next to an ambulance and thankfully. It was a very difficult situation to manage if there were no doctors there. "

Are you worried that this is the end of his career?

"I do not think about it ... It's not worth it to project. The important thing for me is to stay focused on the race, for the staff and for the runners. Mentally, it's traumatic for a lot of people in the team. We just spent three weeks together in Tenerife, the team is very close. It's important to manage all that with emotion. We are here to continue ... The race continues. If Chris could talk and participate in the briefing, I'm sure he would have said to everyone, "You have to run and do not lower your head! We will try to do it. "
Z

From the official live feed.

Actually I thought that the last 5 km profile above was the last km. If the last km is actually at 3%, the sprint is a lot harder to predict and other riders may have a shot, like Alaphilippe, EBH, Colbrelli etc.

Actually I thought that the last 5 km profile above was the last km. If the last km is actually at 3%, the sprint is a lot harder to predict and other riders may have a shot, like Alaphilippe, EBH, Colbrelli etc.
Click to expand...

it seems to be more like ~1% over the final kilometer, by the look of it. Maybe a bit "steeper" on the finishing straight