Technical Overview:
The second week starts with the first of two consecutive flat stages of which this is the worst one. From Ravenna to Modena there was definitely room to put a few hills, also considering that tomorrow is also flat, yesterday was a rest day and the stage as it is is only 147 km long. Disappointing. The route itself does not have much to note. Starting from Ravenna the riders will head straight west, passing very near Bologna, where they started 10 days ago. In the last 40 km the route departs from the shortest path between start and finish, making a small detour to visit the villages north of Modena, that were devastated by a flooding in 2014.

What to expect:
Mass sprint.

One of the famous Mosaics in Ravenna

The GC attacks can finally begin.

At least it's a short stage.
A

The GC attacks can finally begin.
Click to expand...

Jungels to attack on the 450 meters pave section.

Seems to be the same forecast for Wednesday's stage too - showers.


spalco said:
At least it's a short stage.
Click to expand...

They will make up for it next day, same flat 221km.

I picked Ewan because it's flat and looks a bit technical at the end (maybe), which might play into the little guy's agility and ability to re-accelerate quickly . . . but there are several other strong men who could take it.

It could be a stage where some GC teams attack, but the sprinters' teams will likely keep the break from going too far out, as there won't be too many more opportunities in this back-loaded Giro for the sprinters. Another factor that may help Roglic's team is the pink jersey is still held by Conti, and his team will be wanting to try to keep him in pink another day . . . so Jumbo may not have to do all the work controlling attacks -- but one has the feeling that the (bleep) could still hit the fan. There is some potential for chaos, thanks to the TT results. Nibali would seem to be the greatest immediate threat to Roglic, and this might loosen things up for other teams like Astana, Moviestar, or MTS . . . or who knows.

I wish they just started in Bologna and went west through the northern Appenines and Genoa/Novi Ligure instead of giving us these terrible days across the Po Valley.. Stage 11 literally avoids the hills at all costs lol

Ackermann is in my Velogames team so I guess I will go for him during the total 10km of watchable racing in the next 48 hours..

Modena's Via Emilia - could be interesting 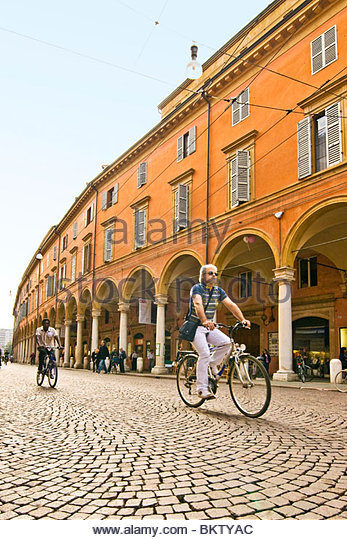 Viviani lost all interest after that ruling. I´ll go for Ackerman. Bora has been in form with these sprints.

That has to be the flattest profile I have ever seen in a grand tour.
T

These borefest stages should be banned.
A


The Chicken said:
These borefest stages should be banned.
Click to expand...

They need to include guaranteed sprint stages. What's your suggestion?

The GC attacks can finally begin.
Click to expand...

This has to be the worst stage of the race, the next one isn't great either. The Giro is really back ended this year and so far the only real interest has been the TT stages at least for GC.
A

Any chance of wind causing havok?


fuiers said:
Viviani lost all interest after that ruling. I´ll go for Ackerman. Bora has been in form with these sprints.
Click to expand...

Don't make excuses for him. He's simply been beaten by riders who were better on the day.

Today will be a day full of surprises. There will be attacks by several riders. Some of them will form a leading group called the breakaway. They will stay away for a long time. However the bunch will come back towards the end. A sprinter will win the sprint.
N

Moviefan1203 said:
That has to be the flattest profile I have ever seen in a grand tour.
Click to expand...

There have always been stages as flat as a snooker table in the Giro when they crossed the Pianura Padana.
N

This is probably the only chance for Mareczko considering that tomorrow at least will be long.

Why does CIMOLAI get capital letters?

Mandatory stage across the Po Valley, which has been the worst trend of recent Giro route designing. I'm ok having one of these stages, but two in a row? Terrible.

Weather should be good today. Even warm.

Nope - apart from if a helicopter gets too close.