Page 139 - Get up to date with the latest news, scores & standings from the Cycling News Community.
Sidebar Sidebar
Previous Next
J

Today in Itzulia, Quintana rode past the camera on the final climb and Kirby claimed it was Betancur. Kirby is so smart he has invented a time machine to take us all back to 2013 it seems

Armchair cyclist said:
Making up facts again: explaining the difficulty of a BotD forming by reference to the increased number of teams. But there are fewer riders, and the same number of teams. 7 teams of 7 this year, 7 teams of 8 from 2014 until last year, and more than 26 teams prior to that.

If you make up facts, and then use them to explain what is happening in the race, it gives the impression that you don't have a clue what is going on.
Click to expand...

Except this was also mentioned by Kelly and Stephens - And in fact Stephens a bit of time explaining the changes - But blame Kelly for everything.
Click to expand...

Where did I attribute, or even tangentially relate, the comment to Kelly. I typed it before Kelly came on air. What makes you think that I have anything against Kelly?

So which commentator/s were you referring to in your post - And if your post happened before Eurosport came on air ( they covered the whole race ) your post makes no sense.

I remember there was some discussion during the telecast and that Kelly and Stephens surmised having extra teams ( their words ) was a reason why it took 70 kilometres for the break to form.
Click to expand...

It was largely Stephens whose comments I was referring to, and whoever he was on air with at the time agreed. I think that it was Kirby, I don't think they ever have Kelly and Kirby on together, as they both fill the same (ex-pro, additional colour and observations to supplement the main commentator) role.

I suspect you are confusing Sean Kelly and Carlton Kirby. Kirby was, I think, commentating throughout: Kelly replaced Stephens in the second chair for the latter part of the race (and after the conversation to which I referred).

I'd still rather have them than most of NBC's commentators.

Matt Stephens does do the main comms role on occasions and he definitely shared the mic with Sean for a middle portion of the race.

Matt Stephens does do the main comms role on occasions and he definitely shared the mic with Sean for a middle portion of the race.
Click to expand...

Thanks for that, I hadn't listened for the whole race. I should have guessed that Kirby would have had a break at some stage. The conversation in question must have occurred during the 195 - 152 section. Still got no idea why yaco weighed in accusing me of "blaming Kelly for everything."

TALKING HEADS - BEHIND THE SCENES AT EUROSPORT

What has changed in commentary in the last 20 years? “In the past, there was a fair amount of *** going on. You can’t pitch up ten minutes beforehand and wing this gig: the previous day’s results, road book and weather details need to be printed off and scoured; social media has to be trawled for rider opinions....The bread and butter of commentary is concise and accurate identification of riders
Click to expand... 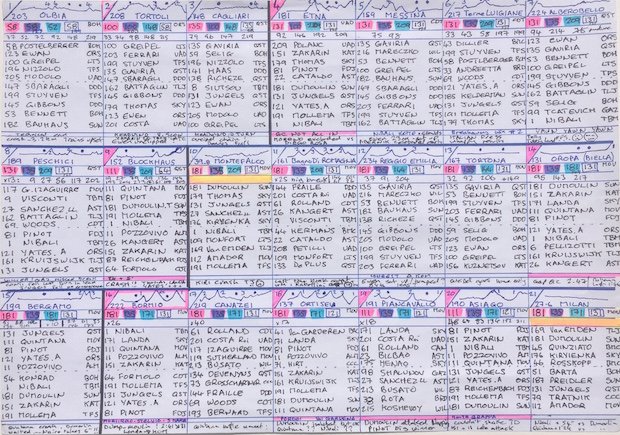 The Kirby Codec: Carlton’s compilation of each racing day’s results, profile, destination, distance, climbs, jersey and other stats. His latest one, from this year’s Giro d’Italia,..

From Essential Surrey and London -
https://www.essentialsurrey.co.uk/celebrity-interview/interview-carlton-kirby-cycling-eurosport-tour-de-france/ 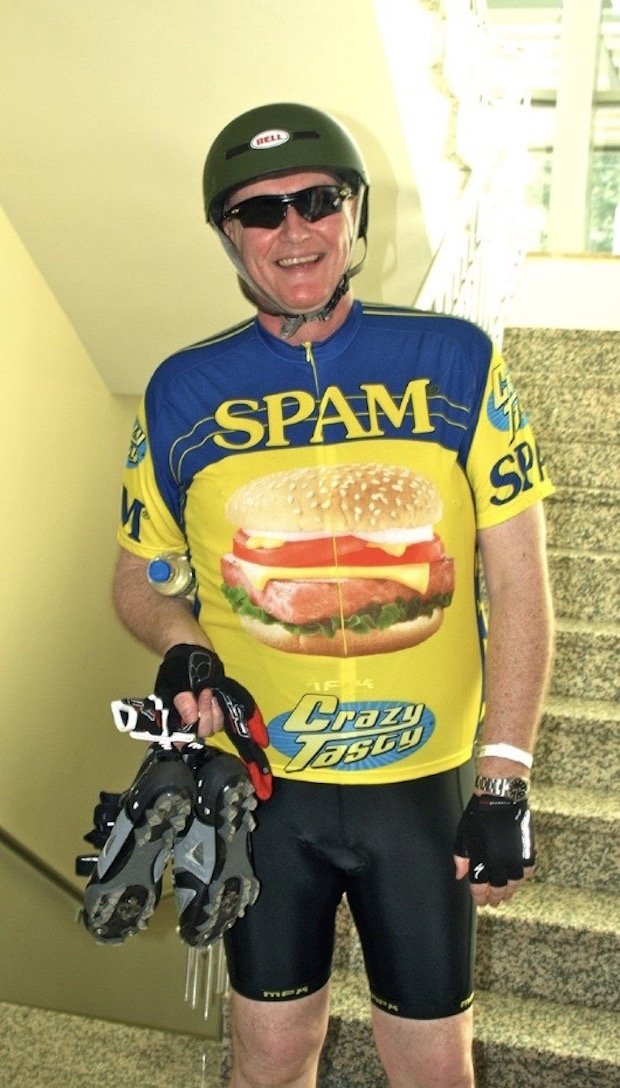 And this is what Eurosport expect us to suffer every race.

How come Spanish Eurosport can afford to pay Contador and yet UK has Kirby.
http://www.cyclingnews.com/news/alberto-contador-becomes-a-eurosport-commentator/
P

The UK has Sean Kelly. A man of at least equal stature to Contador.
L


spiritualride said:
Are they told to leave as minimal silence as possible?
Click to expand...

perhaps one of the visions of eurosport (goes with eurosport in other languages as well) is: There is no value in silence! ....
An ex of mine (she was Korean and a very bright lady) once told me one of the differences between "Eastern" and "Western" culture is the value of words and silence ... if you have nothing meaningful to say, just keep your mouth shut ("Eastern" values) ... doesn't look like this being commonly followed on Korean Chinese or Japanese TV-entertainment channels, but regardless ... I felt a bit offended the moment she told me this, as I was trying to keep a conversation flowing on an evening date, but later, after a thought or two, it opened my eyes a bit ... if silence would not regarded as lack of interest or incompetence, much less crap would be said ....

I don't have Eurosport but word on the street is that he's turning out to be a surprisingly good commentator, too.

Thomas Bay is not having a good day!
Somehow missing the fact that Navardauskas is not starting BP today, and twice refering to Vanendert as an AGR winner...
S

Tro Bro Leon on Eurosport live after Amstel. Not even subjected to no commentary eurosportplayer!!!

Aleppo?!!? Has anyone else ever considered that a suitable nickname for Alaphilippe?


Armchair cyclist said:
Aleppo?!!? Has anyone else ever considered that a suitable nickname for Alaphilippe?
Click to expand...

Armchair cyclist said:
Aleppo?!!? Has anyone else ever considered that a suitable nickname for Alaphilippe?
Click to expand...

I,ve never heard such waffle - he cant even name a rider when they go off the front, cant name any rider in a breakaway or peloton UNLESS its Valverde, Sagan, Greg van Avermaet, or Gilbert. Hes useless. Today he just repeated every climb to fill up time in which he should be calling the race.

Kirby and Backstedt an odd pairing not often used - MB very quick to correct to Carlton's waffle this week.
Y

Kirby can waffle at the best of times, but you are limited when yesterday's coverage was the last 24km's.

Any Kirby fans catch him on Le Mans Moto?
Y

He's always been excitable at Le Mans - Then again it's a long telecast so gaps to fill.

Because Carlton Kirby covers multiple disciplines. A jack of all trades, if you will.
Contador can do one.

Because Carlton Kirby covers multiple disciplines. A jack of all trades, if you will.
Contador can do one.
Click to expand...

Doesn't that kinda prove the point, though? Eurosport UK has to employ a guy who can cover multiple disciplines, whereas Eurosport Spain can employ someone who specialises. Contador's bound to have some inside knowledge from the peloton Kirby can't possibly have.
You must log in or register to reply here.
Share:
Facebook Twitter Reddit Tumblr WhatsApp Email Link