Even though he basically looks like a cramp, doesn't Pello Bilbao deserve a thread?

Aesthetically, there is nobody quite like him. How he rides with his shoulders drawn up and constantly makes his front wheel swerve from side to side while simultaneously grinding a huge gear is quite unique.

He probably has the most ambitious schedule of the pro peloton post-lockdown and I don't see him not cracking. Yet, that probably wouldn't hinder a top 10 as a lot of riders are looking like cracking or have question marks over them.

In 2018 he carried the good form from the Giro (where he had ridden for GC) into the Dauphiné and managed to win a stage where he somehow held off the favourites even if it was looking like he would be caught any second since the bottom of the final climb. He didn't go for GC in the Tour and should thus be less fatigued than back then but well, it's still a tough ask.
Reactions: LaFlorecita, Sandisfan, SafeBet and 1 other person
I

He's a ninja. He might be the true heir of the true ninja. And to keep with that he should be discussed here.
Reactions: Sandisfan

ice&fire said:
He's a ninja. He might be the true heir of the true ninja. And to keep with that he should be discussed here.
Click to expand...

Nah, I don't think that's fair. He is a proven winner and GT top 10 rider.
Reactions: Fuente De and Sandisfan

You win the internet for the weirdest thread-title and introduction.
Reactions: Tonton and Sandisfan
I

tobydawq said:
Nah, I don't think that's fair. He is a proven winner and GT top 10 rider.
Click to expand...

It's true he won a couple stages last year, but he got his top 10 two years ago in true ninja style. And I didn't hear his name called by ES commentators on the Etna stage last week.
Reactions: Sandisfan

At least he doesn't have a confusing name like Kevin Ledanois. This guy is proper Basque.

He got a reasonable 16th place in the Tour, while riding for Landa, and he seems to get a bit better every year.
I also believe he could very well fade in the third week. Another stage win could be a possibility, if he already cracks during this week.
Last edited: Oct 12, 2020
Reactions: Cance > TheRest, Sandisfan and RedheadDane

Wasn't he even riding for Lopez in the 2018 Giro when he got his 6th place?
Reactions: Sandisfan 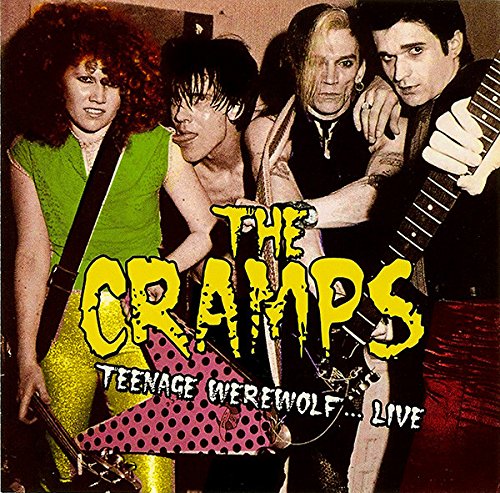 "Nobody will call me Ninja anymore!"
Reactions: Sandisfan

A nice ride today. A bit of a pity that he just missed the Sagan train as he could have come close to pink.
Reactions: Sandisfan
I

He's worked hard to prove me wrong. Very bad things will happen to him
Reactions: Sandisfan, Tonton and Samu Cuenca

dampframme said:
Wasn't he even riding for Lopez in the 2018 Giro when he got his 6th place?
Click to expand...

They rode for the same team in the same race, but you know.. Astana... Rarely does the communication on that team reach a level where anybody will intentionally ride for a teammate.
Reactions: dampframme

Like Bilbao a lot. Real intelligent attack today. I don't find his style weird, it's that he leans heavily on one leg for some rotations, then the other, and so on when under stress. That's what I think at least, that's what I do sometimes and it feels similar.
Reactions: Fuente De and Sandisfan

ciranda said:
Like Bilbao a lot. Real intelligent attack today. I don't find his style weird, it's that he leans heavily on one leg for some rotations, then the other, and so on when under stress. That's what I think at least, that's what I do sometimes and it feels similar.
Click to expand...

I do that too, but usually it means that I'm in trouble .
Reactions: Sandisfan
M

tobydawq said:
Nah, I don't think that's fair. He is a proven winner and GT top 10 rider.
Click to expand...

Indeed. And remember Froome has always been called a mantis for the way he has the long legs and arms all over the place. Yet he has 4 TDF wins, a Veulta or two and a Giro (yes? Forget).
Reactions: Sandisfan

Would be cool if he was a bit younger, so that fans of Spanish riders could root for him for a few years. Between Landa and Mas, there is not too much around anymore and as a 30year old Bilbao may decline before not too long.

With the Euskaltel heritage behind him, I am of course very happy seeing Bilbao maturing and doing so well for himself. Podium and maybe a stage win would be very exciting. Aupa!

Wow. His endurance and resilience know no bounds.
Reactions: SafeBet

adjusted for distance actually covered he is probably leading the Giro
Reactions: Serpentin, Samu Cuenca, BlueRoads and 2 others

It was his summit win at the end of last year's Giro that I thought marked him out as a bit special. He'd been in the break of the day that was swept up by the Carapaz express before the top. Movistar, with the pink jersey virtually secured, were trying to set up Landa for the win but somehow Bilbao still had enough left to beat him and Nibali anyway, even with the stage bonus seconds on the line

Very well done, now if Kelderman cracks again, podium is within reach. The man who can save this season for Spanish cycling?

Really slow and steady progress, the youngest of the true carrots is 30 now and getting ever so near GT podium, something only Landa managed to do, and not even Mayo and Zubeldia ever could, before him.

I'm disappointed in you

His three stages and third place in the 2007 Vuelta are legendary (IMHO). The second place in 2009 was a bit boring, because he mostly sucked wheels for three weeks, but he did manage to put two good ITT's together in the same GT. And finally he has the later gifted podium finish in the 2010 Tour, where he possibly could had beaten Menchov on the road, if he hadn't crashed in the beginning of the Tourmalet stage (and he also should had beaten Schleck in the Morzine-Avoriaz sprint).

If Bilbao pulls it off and gets a podium here, that's an amazing result, weak field or not. His performance yesterday was incredible.
He has a solid team to back him, so it'll be interesting to see, if they want to really go for it on Sestriere, or if they're content with a fourth place.
Reactions: gunara

In the last couple of weeks when I see him, it always reminds me of this thread and I'm trying hard to see the resemblance to a cramp. But I can't see it. Help me. How does a cramp look like? It's been boggling my mind.