Page 358 - Get up to date with the latest news, scores & standings from the Cycling News Community.
Sidebar Sidebar
Previous Next
C

I see. We could discuss many layers of Sagan. But saying he is not a sprinter. He is.
Reactions: Sandisfan
O

I see. We could discuss many layers of Sagan. But saying he is not a sprinter. He is.
Click to expand...

Much AGREED! Much of his career is characterized by suddenly appearing in the front in the finishing meters. If that's not a Sprinter, someone here has a very narrow definition. Sprints are contextual, for sure. Roglic is an excellent sprinter but needs a hill to avoid crashes. Pogacar is a supreme GT sprinter in the mountains. Yates is a good finisher,too. So the riders finishing behind them wouldn't define losing to one of them as that specific losing effort; they'd say "he outsprinted me". It works whether you defeat a finishing field of 100 or 1, doesn't it?
Reactions: Sandisfan and CyclistAbi
C

Oldermanish said:
Roglic is an excellent sprinter but needs a hill to avoid crashes.
Click to expand...

P.S. Should be a non issue going forward.
Reactions: SHAD0W93
B

P.S. Should be a non issue going forward.
Click to expand...

Since he did need it in his last raceday not to crash, it's fair to say 'need'. Big issue going forward.
Reactions: bNator, Sandisfan and Oldermanish

This is getting pathetically pedantic
Reactions: rokovski, Sandisfan and acm
O

Red Rick said:
This is getting pathetically pedantic
Click to expand...

It's the silly season where Quintana either retired, is retiring or will race on WT level. LeFevre will hound Julian out of the current DQS and who knows if Roglic just quit?
Actually most of that will not happen.....
Reactions: Sandisfan 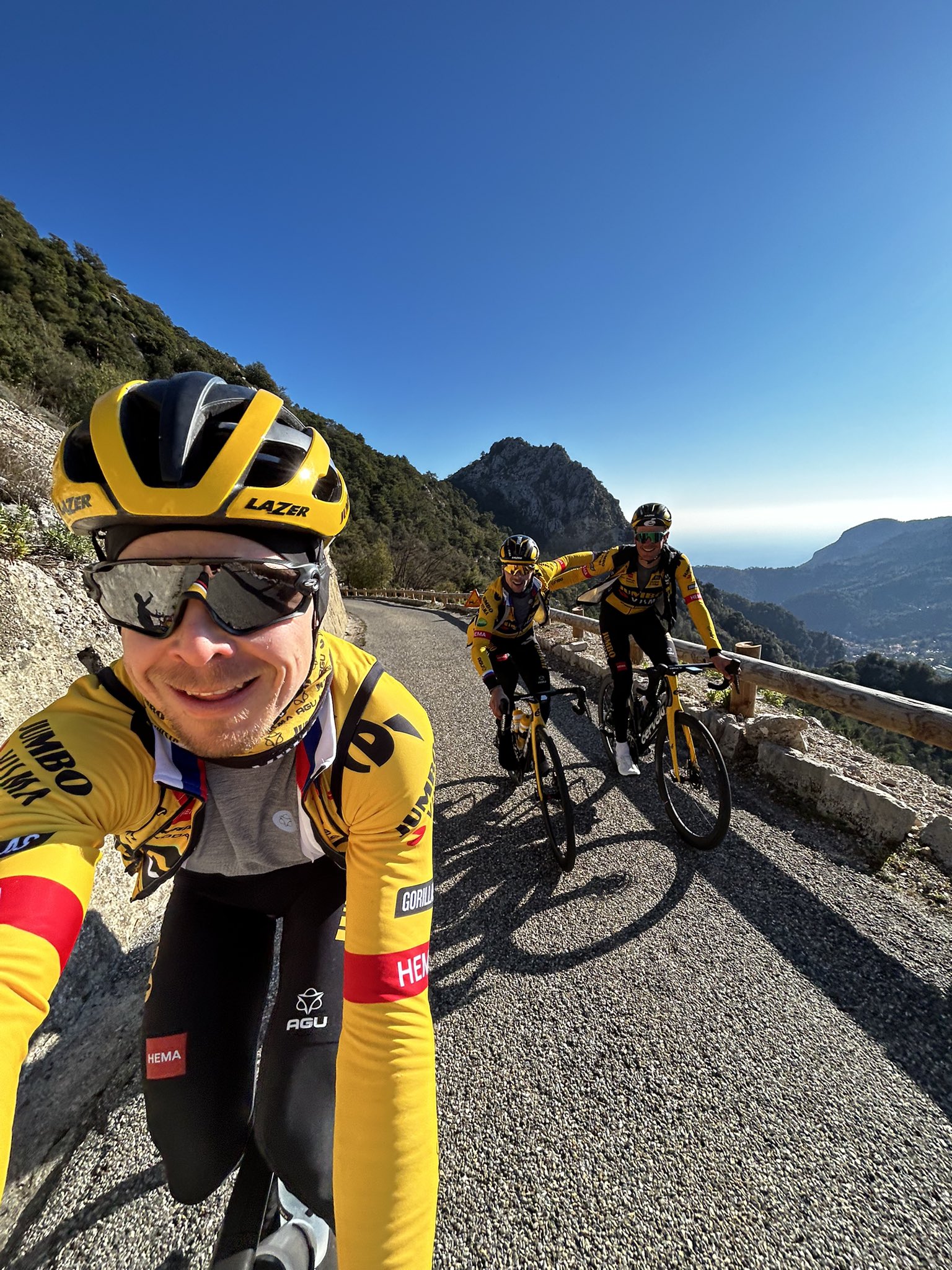 Just a normal day in the office.

"Dylan we know when we signed you we promised you'd be co leader in the Flemish classics?"

"We lied. You literally have to hold Primoz Roglic to stop him from falling off his bike again."
Reactions: cen, Sandisfan, Lequack and 2 others
C

Red Rick said:
"Dylan we know when we signed you we promised you'd be co leader in the Flemish classics?"

"We lied. You literally have to hold Primoz Roglic to stop him from falling off his bike again."
Click to expand...

Imagine the surprise on Tratnik side. Literary promoted to the camera holder.
Reactions: Sandisfan
C

On a more serious note. There was a short interview with Tratnik for local media. He said that although true. That he will have to skip a race or two. Due to altitude trainings for Giro. On the other hand helping his best friend to win races works for him too.
Reactions: Sandisfan and acm
S

Now finally we have

Likely not much "vs" involved in the 2023 season. In the 2023 season they all should rather focus on national campaigns. Where they need to work together if they want to win. Especially as next years is an Olympic year. And as now Slovenia has eight rider roster on the highest level. Plus a couple of quality cyclists more. There really should be no excuses involved. If they don't win important national campaigns. That will and should be perceived as a rather big failure. It's not very likely Slovenia will have such options a couple of years from now. Hence now is the right time for that.

We'll see on how the season goes and maybe in the 2024 or 2025 season all mentioned cyclists will participate at the Tour. Then obviously a bit of "vs" should be at play. Mainly for prestigious purposes. All in all in 2023 season "vs" should be directed in the direction of Evenepoel and Vingegaard respectively.
Last edited: Tuesday at 6:59 PM
You must log in or register to reply here.
Share:
Facebook Twitter Reddit Tumblr WhatsApp Email Link