Nirvana said:
Looking at his Instagram i think also Tom Boonen has switched to some Motorsport competition.
Click to expand...

Libertine Seguros said:
He has indeed, he's even on DriverDB. He's done mostly stuff like TCE, which is a semi-pro endurance category, but he's also entered the NASCAR Whelen Euro series. He had a pretty bad crash in October, though, and hasn't raced since, so I don't know how much further he's going to take it.
Click to expand...

He became champion this year in the Benelux Supercar Challenge, racing for the Deldiche Team. He's actually talented for this kind of sport as well, but that's not really surprising. I wonder if he'll try leagues and cars with greater reputations.

http://instagr.am/p/CVqJ6cmKIm9/ http://instagr.am/p/CVs4_0eqIQY/
He's also in cooperation with a few brands, one of which is the La Passione Cycling Couture (who are producing Movistar's new outfit for example).
You can see he's still very much in shape. And hello, Muur van Geraardsbergen.

Boonen has stated multiple times that his endgoal is Le Mans.
Reactions: Sandisfan

Yet it still wasn't enough to keep him from being suggested.
You don't see me mentioning former diver Rebecca Koerner, for instance. Oh, I just did, didn't I? Mea culpa.

Someone who definitely deserves a spot here however, is (possibly) future astronaut Christina Birch.

Baden Cooke was on Australian Survivor this year.

Bridie O' Donnell is now head of the board at Collingwood Football Club (largest club from any sport in Aus) as well as an occasional medical expert on one of our current affairs programs on top of her day job as a General Practitioner and cycling commentator
Reactions: Sandisfan
Y

Actually Bridie O'Donnell was ruled ineligible to be a board member of Collingwood Football Club - She is currently employed by the Victorian State Governments as the Head of the Office for Women in Sport and Recreation - She is an excellent cycling analyst.
Reactions: StryderHells and Sandisfan
P

There was a bizarre gameshow in the UK called Gods of the Game on Comedy Central. It featured frankly useless members of the public pitched against athletes in odd contests. For example, there was a handicap pedalo race featuring Chris Hoy (who moved it like a speedboat). But this was all presided over by a 'god' played by Bradley Wiggins.

Talking of Chris Hoy, he also went into motor racing and even drove at Le Mans.
Reactions: Sandisfan

Parker said:
Talking of Chris Hoy, he also went into motor racing and even drove at Le Mans.
Click to expand...

Yes, we already know this, because you mentioned it back in January of 2020 .
Reactions: Sandisfan
C

Samu Cuenca said:
I think you have to include it in the thread title to avoid it happening, cause CyclistAlbi only seems to know countless variations of the same joke. At least I try to renew my material
Click to expand...

In all seriousness some jokes never get old.
Reactions: Sandisfan

Nico Roche is in this seasons "Dancing with the Stars" in Ireland. Basically a dance competition where celebrities get trained by pros (I think every country has one) 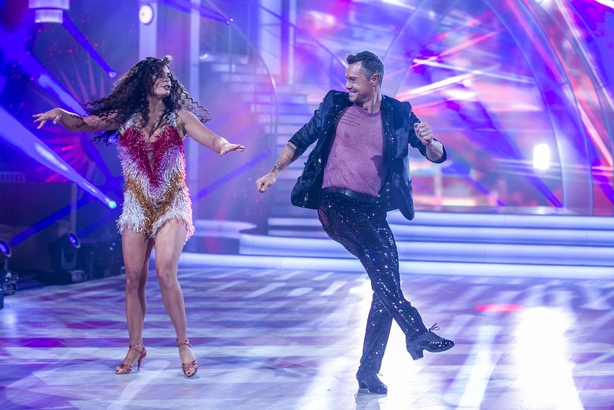 He seems to be gaining quite the reputation as a heartthrob and yes that's his nipple.
Last edited: Jan 16, 2022
Reactions: Wvv, Sandisfan, Jumbo Visma Fan :) and 1 other person
You must log in or register to reply here.
Share:
Facebook Twitter Reddit Tumblr WhatsApp Email Link