Sidebar Sidebar
Previous Next
B

Since we're kind of between races, I feel it could be a good time for this.

'Small' here is pretty all-encompassing: anything outside of the grand tours, monuments and the bigger classics (Amstel, Fleche Wallone, Strade Bianche, Gent-Wevelgem, E3, CSS (and potentially omloop but we'll see about that)). So I guess smaller is a better word than small. But anyway, just list a top 5 or 10 of your favourite of these perhas less well known races, just to see which ones are the most widely liked, and also maybe some people will pay closer attention and watch a smaller race that a couple of people really like that perhaps they have never thought to check out.

My list:
Brabantse Pjil - it's coming up and I'm excited, I've always enjoyed this race, I don't really know why, but something about it appeals to me. The mixture of cobbles and hills maybe, or the balance between attackers and sprinters.
Giro dell'Emilia - iconic finish and just generally a great race. the first spotting of the untamed chris froome, who will surely go down as the greatest cyclist in history.
Giro del Trentino/Tour of the Alps - the mountain stage race. It's just great.
Ruta a Burgos - kind of similar reasons
GP Miguel Indurain - it's actually quite a cool race
Dwars door Vlaanderen - yeah, it's WT, but it's still good and less well known than gent-wevelgem, for example
Chrono des Nations - the real itt wc
Tour of Turkey - before it became wt, it was actually a really fun race with a very odd mix or riders, wind and mountains
GP Industria & Artigianato - always a fun race with young riders

I've missed loads of obvious ones too, hopefully some good ones will come up

So I take it that Paris-Nice is a smaller race than E3 and CSS? I certainly love P-N.
O

All of my favorite races in this category are spring races:

So apart from Grand Tours, Monuments and the other big classics, every other WT race is small? My favourites are clearly Giro del Trentino and all one day races before Il Lombardia (Tre Valli Varesine, Giro dell'Emilia, Milano Torino). 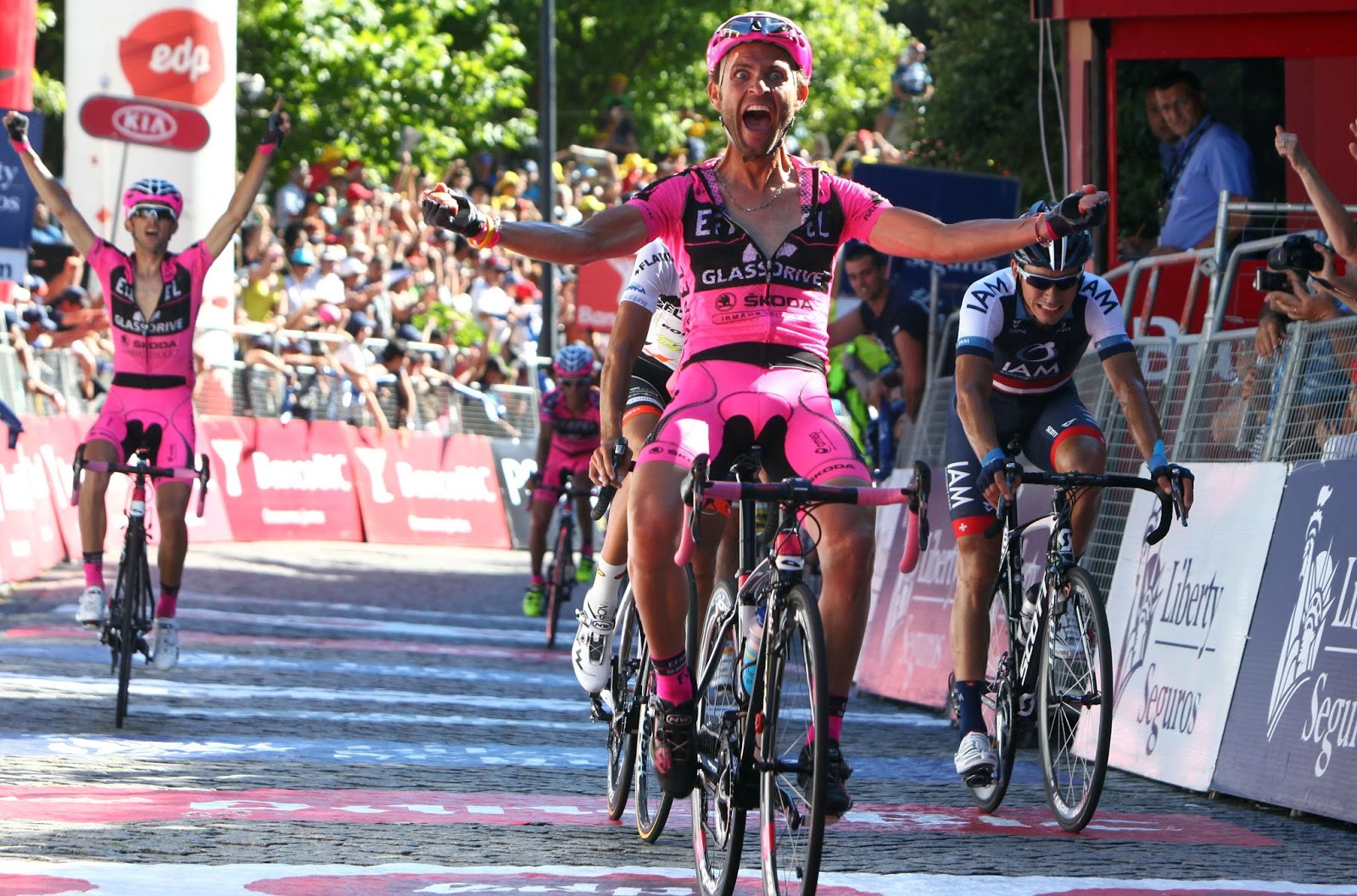 Agree with BP, Tro Bro and Itzulia. I love Le Samyn and Dwars in the early season, as well as Milan-Turin, Emilia and GP Wallonia late in the season, I love the citadel finish in Wallonia.

Trentino and Burgos are good stage races and, when the course is good, Tour of Britain/Route du Sud can be fun. I loved the 2014 course in Britain.
B


Netserk said:
So I take it that Paris-Nice is a smaller race than E3 and CSS? I certainly love P-N.
Click to expand...

yeah i messed up a bit with the stage races


Ivan_Basso_77 said:
So apart from Grand Tours, Monuments and the other big classics, every other WT race is small? My favourites are clearly Giro del Trentino and all one day races before Il Lombardia (Tre Valli Varesine, Giro dell'Emilia, Milano Torino).
Click to expand...

I did say 'smaller' was a better word. small just sounds better than smmaller, though
D

I know it’s early but. I really enjoyed the Otztaler 5500 and its concept

Really Emilia is everything Fleche fails to be.
N

Tro-Bro Léon probably the first, i would say also Schaal Sels for the "sterrato" caregory even if in recent year is a bit exaggerated with the ride through corn fields.
Tour of Oman, one of the best week long stage races outside WT and always with various terrain.
Tour of Yorkshire is another race that always deliver.

Well i can't exclude the Mythical Volta a Portugal
W

Of the lesser 7 (Paris-Nice, Tirreno-Adriatico, Catalunya, Itzulia, Romandie, Dauphiné and Suisse), Paris-Nice and Itzulia always have the best racing.

Romandie which is just a time trial and a MTF is usually the worst. But in recent years, Suisse has been almost as bad.

I've never had the chance to watch the Tro Bro Leon, so I can't vote for that even though I'm fairly certain it would come close to the top if I had ever watched it. I like the GP Miguel Indurain because of the "home roads" appeal (it's not my actual home, but as a kid those were the roads and the climbs I rode on), and I really enjoy the GP Montréal. If the Omloop Het Nieuwsblad counts, then it's that one, but I don't think it should count.


Red Rick said:
Really Emilia is everything Fleche fails to be.
Click to expand...

Durden93 said:
I know it’s early but. I really enjoyed the Otztaler 5500 and its concept
Click to expand...

This too but unfortunately the race probably wasn't a very big success as it won't take place again this year.

There are so many good races worth mentioning. Trentino, pais Vasco, Yorkshire and eneco/binckbanck are all phenomenal stage races and I don't even know where to start with one day races.That said while I probably enjoy stages in these small races just as much as gt stages no really small one day race I know comes close to the greatness of monuments. You know, tro bro leon might have great racing from early on but you don't have the enormous stakes which make long range attacks in big races even more epic.

7 biggest one-week races (Paris-Nice, Tirreno, Catalunya, Pais Vasco, Romandia, Dauphine, Suisse) can't be categorized as a smaller or lesser races imo. They are big races with rich history and lots of significance. I don't find that any of the classics (outside of Monuments and WC/OG) have more significance and prestige.

I don't think Omloop and Pais Vasco are smaller races, so Im not including such ones. Anyways, I like races like Trentino and Burgos very much and I think Route du Sud is a pretty entertaining race as well. Tour of Denmark can also be fairly entertaining sometimes. I also think Andalucía is entertaining every year and if I had actually seen Vuelta a Murcia, Im sure it would be really high up there as well.

Le Samyn is a nice one-day race, so is Brabantse Pijl. Schaal Seis (I think thats the name) is also a great, Belgian one-day race. All very entertaining ones. Im still not super sold on the Italian one day races in the fall, but Emilia and Torino are also very decent races and a great build for Il Lombardia. E-3 is not small enough to get included on this list, but its still not the biggest race, but Im in love with that one.

I have always had a soft spot for the Rund um den Finanzplatz/Rund um den Henninger Turm. It's always been entertaining, and as the biggest German race, it has always held quite some prestige. I used to be a T-Mobile/Telekom fan, and liked the Milram team as well, so I guess that adds to it.

Giro dell'Emilia is obviously a great and iconic race, and I also love the other Italian semi-classics. For me, Paris-Tours definitely doesn't belong in a 'small race' discussion, but that one has been awfully underappreciated in later years. Additionally, I loved the GP Denain this year, and will be sure to watch it next year. De Brabantse Pijl is always good, too.

I'm surprised nobody has brought up Strade Bianche, which is also a great race. Now, some would probably argue that it's too 'big' for this discussion, but if we include Emilia and WT races like Omloop, DDV and the Canadian races, SB belongs here, too.

Emilia is probably best described as a big race that bcame a small one, even if the last editions had more starpower/a better startlist.
I love Emilia and Tro Bro Leon is also an awesome race.
When it comes to stage races the Giro del Trentino has to be my favourite one, I've watched it on the road a few times and last even talked with a few riders at the start of stage 3.
The Volta is the Volta and awesome on it's own terms.
F

(says no one ever)
F