Page 12 - Get up to date with the latest news, scores & standings from the Cycling News Community.
Sidebar Sidebar
Previous Next

DNP-Old said:
In the shadow of la Vuelta, two very interesting things happened in Spanish amateur circuit yesterday. Firstly, Dylan Jimenez won in Baranbio. He is a 20 year old Costa Rican, who has been racing with Lizarte this year (Kern Pharma's feeder team). He had been doing great work for his teammates, who now are either on stagiaire or full contracts with Kern Pherma, all season but in their absence finally got a W. On a very steep wall in Garrastaxu, twice the length of the Mur de Huy, with percentages exceeding 20%. He can be described as a climbing time trialist, looks very promising. I wouldn't mind Oroz throwing a contract at him too.

On the other hand, Edgar Cadena won in Salamanca after demolishing everyone on the Las Batuecas climb. This kid from Mexico is just a pure climber. He won the queen stage in Vuelta a Colombia earlier in the year on Alto del Vino (> 2800 meters in altitude), and has done pretty well in l'Avenir considering his entire team abandoned the race before even seeing a hill, much less a mountain. He has been riding with Telcom, and thus will follow in Vinicius foot steps, who won the race last year. Unzue, you know what to do. Sign him up.
Click to expand...

Cadena has had my Attention since the Vuelta a Colombia.
Hailemichael has also been living up to his potential shown in the u23 and junior on the Caja Rural developmental team, after a rather underwealming time at Delko. He's a sub-50kg lightweight climber, pretty much an Ethiopian version of Rujano.
Reactions: Sandisfan

Chucky got another win today, in stage 2 of the Volta a Galicia. Kiwi Alex White won the first stage from the breakaway after soloing to take a commanding lead of over two and a half minutes over the péloton (the remains of the breakaway were in between) so still holds the yellow jersey, but with an MTF at La Manzaneda tomorrow (this profile from the village at km8 to the Estación de Esquí at km21) and his lead being cut to just over a minute today, it seems he will have a hard time holding on on the final climb.

There's even some pretty decent coverage - today's last 40km are here with a punchy finish after a cat.2 climb where some small gaps were created.

Having looked into it a bit more, his disappointing 2021 season does have a bit more context; in addition to 2020 being what it was for most of us, at the end of the year his girlfriend and her father were both killed in a training accident and so he had a bit of a tumultuous relationship with the bicycle for a few months there before he settled back into racing, but obviously the season was pretty heavily disrupted. I think Unzué needs to take a look; the most successful Lizarte guy this season has been Pablo Castrillo (Jaime's brother) who I think will be better served joining his brother on Kern Pharma, and I think with performances in both Colombia and Spain, Cadena has earned a spot on results alone more than Rangel last year and at least as much as González two years ago.

Edit: 3rd for Chucky on La Manzaneda, a minute behind Fernando Tercero who got into a move on the penultimate climb. He's got some good results and is in Eolo-Kometa's amateur lineup so is likely to go pro with them. Saúl Burgos, a Colombian who like Cadena is also riding for Telco.m, was in the move with him, and came in 2nd between the two. If you look at the Vuelta a Salamanca, when Cadena attacked, Burgos monitored Tercero behind and they ended up making up the GC podium there too. Tercero is only 20 though so well worth keeping an eye on as well.

And a little way behind them was Barry Miller, the 33-year-old ex-doper who just finished 6th and 9th in Volta a Portugal summit finishes againdt the August machines.
Last edited: Sep 18, 2022
Reactions: Sandisfan

Nice to see Milan Vader back racing and on the start sheet of the Cro Race, after his bad crash in the Basque Country.
Reactions: Sandisfan 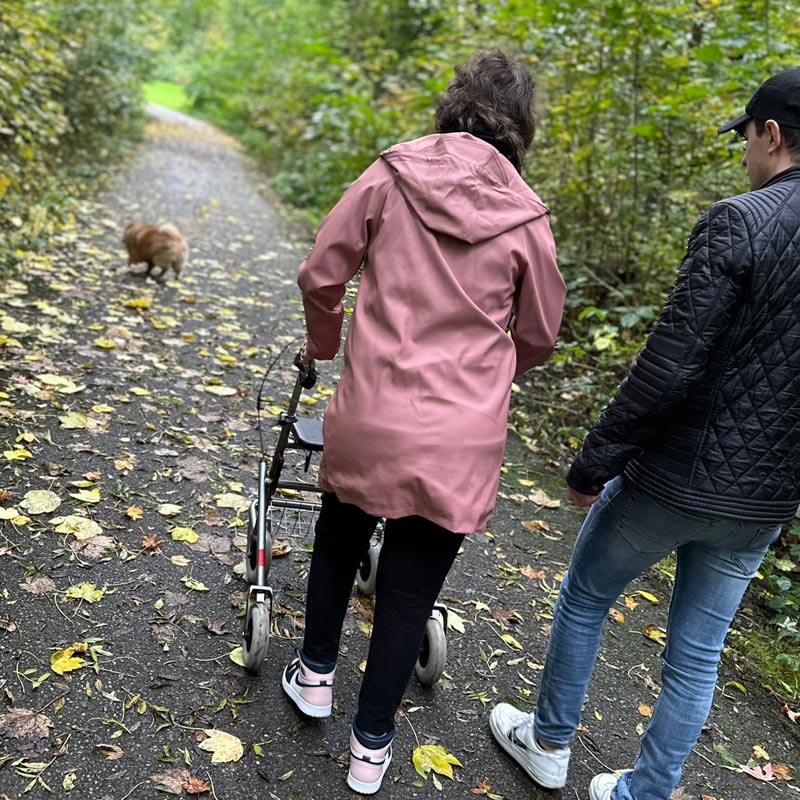 With a little bit of help, Amy gets up from her chair and takes her own steps. She walks for short moments when being supported. This is what we like to see. What she shows then is the conviction that Amy will be able to walk again! ... Meer lezen