As long as it isn't the middle east they could turn the Scheldeprijs into a WC for all I care.
B

Fantastic. Looking forward to it
T

Remember the natural cycle... this years route is quite hard, and there is a big chance of rain

And next year is just insane - so they had probably to do version tilted towards the durable sprinterd/classics rider in yorkshire to pull it home.

The fault lies at the bidding team - they should have waited another year....
M

Here is the 284,5 km long course. This has Sagan written all over it.
D 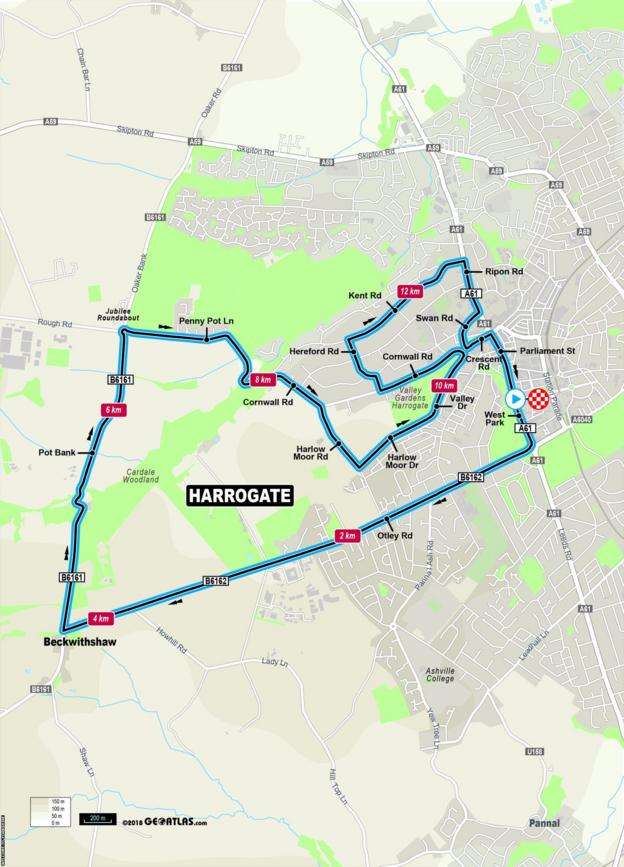 ITT is 54k long and quite flat.

I'd like to see it with all the gradients.


Climbing said:
Altitude gain for a lap is 120 mt.
Not sure what is so cool about it, but the distance...
Click to expand...

Maybe I *** it up when calculating it... even double that ain't great, but would be okish I guess.

Hardman sprinter and/or Classicman is the winner's profile.

No way a pure classics rider wins this.
D

Sagan must be big favourite

I swear short circuits are the death of the Worlds.

The damage has been done the second they decided to finish in Harrogate instead of a place like Halifax where you could have designed a legendarily good WC route. I just don't get these kind of decisions. The last time we had a WC RR that was neither one for the sprinters nor for pure climbers was in 2014. That means at least five years without a proper route for the majority of the classics specialists.

Considering the race takes place in Harrogate I can't say I'm overly mad as I came up with pretty much the same route a few days ago when trying to map a WC course myself. Let's hope for a good race but I very much doubt it.
H

This is extremely annoying. I am from Leeds and have attended both stages of the Grand Depart and a stage of every edition of the Tour de Yorkshire and whilst I will still come out to support this I am bitterly disappointed that they wasted the once in a generation chance to use the available parcours to deliver a route with a mix of Flanders and Amstel gold type hills on to really produce an enduring champion.

The only consolation for me is that my favourite rider Peter Sagan will still be the biggest favourite on this route. The only thing that might aid selection on this route is its sheer distance and the possibility of inclement weather.

I got hyped again for about a minute when I read they actually only ride that lap 7 times. Then I saw they just put the Leeds - Harrogate stage from the 2014 tour before the beginning of the lap. Again, what the f*ck were the organizers thinking? Leeds and Harrogate are less than 25 km apart from each other so the organizers had to cover a 25 kilometers distance over 190 kilometer and instead of thinking "we could use this to make the race properly hard early on so it doesn't just end in a sprint" they are like "lol we don't want to work, don't we already have some route for Leeds to Harrogate that is 190 km long". The amount of possibilities the organizers had are huge. Let them ride Shibden Wall and other such climbs and this could still be a great route even with that finishing circuit but instead of using the fact that the lap is only ridden seven times to make the race harder they use it to make it even easier. Pathetic route.


Red Rick said:
Another chance for the riders that already get a billion chances at a Worlds victory

I swear short circuits are the death of the Worlds.
Click to expand... 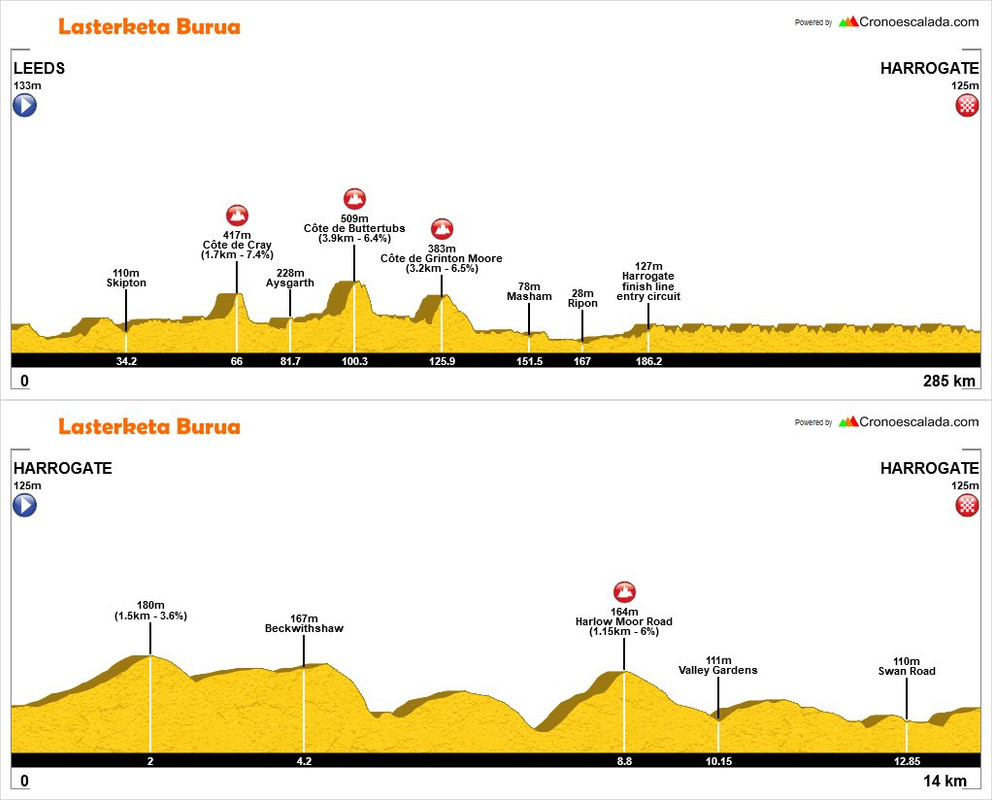 This is the parcours. It's not sooo bad, a Classic specialist like Sagan or GVA to win. It's also similar to Glasgow this year.

Red Rick said:
Another chance for the riders that already get a billion chances at a Worlds victory

I swear short circuits are the death of the Worlds.
Click to expand...