Page 15 - Get up to date with the latest news, scores & standings from the Cycling News Community.
Sidebar Sidebar
Previous Next

He's in a lot of trouble right now, but l hope he can continue and finish safely at his own speed.
M

he fighting now, might just stay ahead of Wiggins

It seems like had a bit left to keep Wiggins behind him.
E

So when is Ganna doing 56km?

At least he gave it a try.
Reactions: Lui98

You wonder he could do if he prepared especially like Campenaerts did. Campenaerts was in Namibia doing altitude training for 2 months and then only raced Tirreno and went to Mexico for weeks before.

Dowsett does it at the end of a long season and was still racing on the road a few weeks ago.
Reactions: TMP402

Solid try... guess we indeed have to wait for Ganna to give it a go.

Anyway, the whole youtube series on his channel (there's also a great interview with him on LR podcast channel, which I highly recommend to watch) leading up to the attempt was really enjoyable to follow.

Also Campenaerts made a video about Alex's odds to beat his record. Maybe he didn't say it directly, but his main argument against Dowsett's success was just that Alex wasn't as good TTist as he had been back in '19, where he beat in a TT guys like Dumoulin, Dennis, Ganna just a few days before his attempt. The bike-and-equipment aspect was on Dowsett's side, but that advantage was just not enough to overcome a simple lack of power in the legs.
Last edited: Nov 4, 2021

I rue the fact that prime Dumoulin and 2018-19 Dennis never attempted it. I think Tony Martin could have attempted it in the last few years and frankly might still be able to post a good distance - I think there are people out there who would do surprisingly well. Consider the fact that a retired, busted old Thomas Dekker was only a lap slower than 2015's Dennis.

One thing that I found really, really surprising is that Dowsett didn't take any physiotherapist with him to the Mexico. Of course, this could be just a logistic (or financial) issue, but then why it wasn't a problem to fly there with a personal chef instead.. (maybe there was some other, not so obvious reason for this particular person's presence there, but I don't know it).

Riders get massage etc after the stages of every single race, Ineos sent their physio to Ecuador for Carapaz who was preparing for the Tour, Campenaerts obviously had his physio by his side when he attempted the HR, while Dowsett decided it's just unnecessary?
He had £2,750 skinsuit, which might given him maybe <1% advantage at best. From the technical and equipment point of view his attempt was close to perfection, but then he just gives up on one of the most crucial and giving actual and significant advantage thing, which is having his legs and all his body 100% recovered and prepared for the effort?
I'd really like to hear his take on it.
Last edited: Nov 7, 2021
E

Congrats Dan Bigham! Its a good day when the guy who makes technical decisions for the team not only knows what he's talking about, but can test the limits of that equipment.
Reactions: Wyndbrook and glassmoon 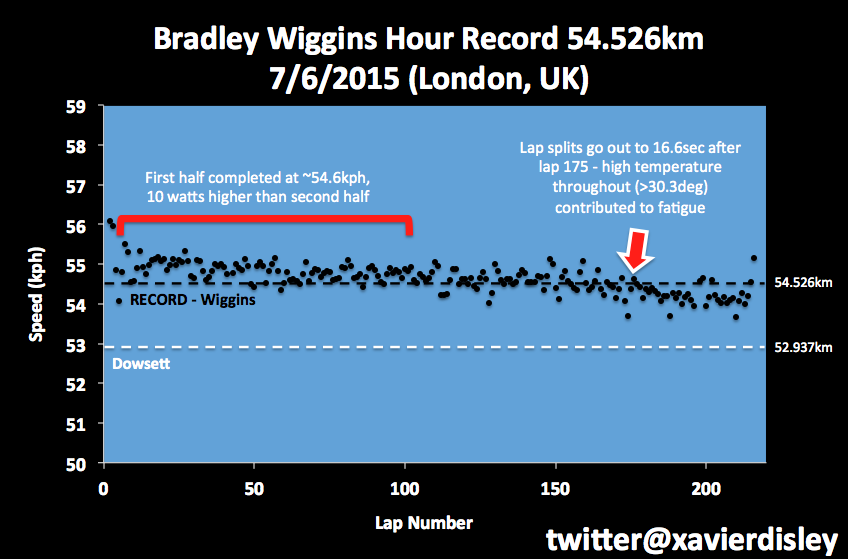 It's the same picture dude.
A