How to beat Team SKY at TdF?

I think this is a serious question we all ask ourselves after this (and many) boring Tour de France in past years. Lets admit it, despite we love Giro (maybe even Vuelta) the most, TdF is still the race where GT riders are closest to top form and thus an indication who the hell the best cyclist of the year is (sorry classics specialists!). And we do NOT want to watch the most boring GT right in the summer where most of us have biggest portion of free time during a year. So how the hell to beat Team Sky (Froome) and bring on interesting race? 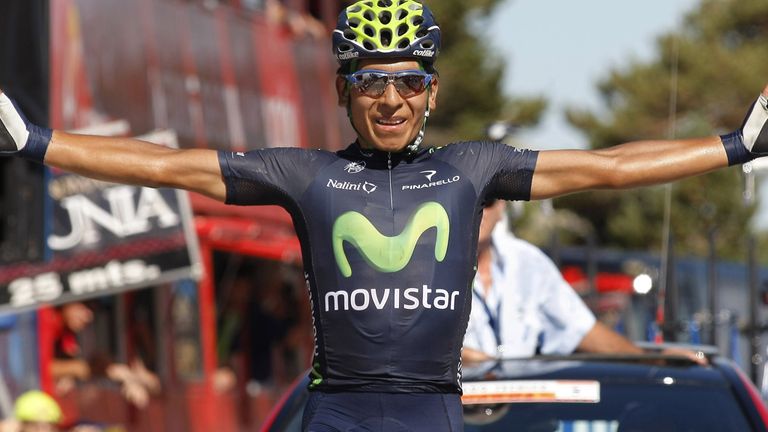 Great points for a discussion...

...To beat Sky you have to have

1/ at least 3 A class climbers aside from your Leader
2/ a single leader, no co-leader
3/ 2 A class flat road riders whose job is to champion the leader in the flats
4/ 2 B class climbers/flat road riders
5/ At least 4 of them (2 climbers and 2 flat) need to train and perhaps live regularly with leader
6/ One single purpose in the TDF
7/ Have playbook moves that are practiced specifically for the Tour

Anything short of this will go no where with beating Sky. It costs money, lots. A pity that's what it comes down to wrt winning the Tour...
Click to expand...

Feel free to criticize OP or anything else,I dont take it personal.Conditions and challengers are only basic in order to have an open discussion about this serious 'problem'( ).Props to jilbiker for his quote from AC thread.
B

Fewer riders in the TDF would also mean fewer first week crashes that always eliminates a contender or two.

It's only since they MASSIVELY increased the size of the starting peloton that we consistently lose top riders in the first week.

Fewer riders in the TDF would also mean fewer first week crashes that always eliminates a contender or two.

It's only since they MASSIVELY increased the size of the starting peloton that we consistently lose top riders in the first week.
Click to expand...

I thought there always have been 9riders teams


I think this is a main point which most of people will bring.The question is,if its possible to change that for ASO
I read somewhere on twitter that Prudhomme wants 8man teams for years,any truth in that?
OTOH I dont think that reducing by 1 rider would help much.

Not always 9 riders. It's changed over the years. In the 70s and 80s it was 10 riders and varying numbers of teams. I think it was 87 when it went to 9 riders with more teams.
L

Smaller teams will result in Froome winning anyway and more dull stages where GC teams are not interested in chasing the breakaway.

Alberto was at the front of the peloton (5th position) when he crashed in Stage 1 - so I am not sure if it was caused by peloton being big. We had no withdrawals until Stage 8 if I recall.

Maybe UCI could do something about that? 7 riders at WT week races and 8 at GT's?
R

Despite Everything I think Froome was just a lot stronger and if he had been in Mov and Quintana in Sky then he would have won still.

Ultimately he was the strongest on the climbs and in the TTs.
So he deserved to win.

Being a much better climber than Froome first of all.
R

In form Contador and Nibali can do it. The other question is can they beat Froome but there is no doubt in my opinion that if they are in form they are better than a strongest Froome helper.
There is no need to even change teams or anything because I feel like it won't matter that much. Only thing that needs to happen is for main contenders to arrive to Tour in a good shape and not crash.

There is an article in the Guardian focusing on ex Sky DS, Sean Yates, who now works for a rival team.

It will annoy many of those who reside solely in the Clinic section, because Yates credits Sky's success to several things including management. Putting aside the Clinic stuff for a moment he does make a few interesting points such as pointing out that Pinot put his illness and subsequent withdrawal down to training in bad weather. Yates points out that Sky will have been training somewhere warm. Flights and hotels for possibly 20 people and equipment costs a lot of money.....and I think this is one tangible clue as to what advantages money can bring.

From a spectator point of view, Team Sky are a bad thing, but I think we are stuck with them for a while.
D

You can't beat Sky and Froome if he is in top shape because he is simply the strongest GT rider od his generation. He is also all-rounded. Good positionning and power so wont beat him on a flat, good descending so wont gain much time there, great TTer and climber + an agressive rider. Full package. The question shouldnt be how to beat Froome. The question should be how to design route so that riders like him win it and not one-trick ponies who are afraid to attack like Quintana


RattaKuningas said:
In form Contador and Nibali can do it. The other question is can they beat Froome but there is no doubt in my opinion that if they are in form they are better than a strongest Froome helper.
There is no need to even change teams or anything because I feel like it won't matter that much. Only thing that needs to happen is for main contenders to arrive to Tour in a good shape and not crash.
Click to expand...

Im not sure at all even if Nibali and Contador would have been 100%.
The thing is they would need to beat Froome,AND the whole Skytrain which is the point.
We know that a enough brutal attack can destroy a Skytrain in a few minutes (if we take Dauphine last stage as a fact) but it is pointless because only one who can produce such an attack is Nibali and Contador (we dont know about Lopez tho!). For Quintana it is almost impossible to get away from Skytrain, he doesnt have proper acceleration for that, which is shame.Contador and Nibali cant attack like that becuase they would tire themselfs and with risk that Froome will then motor past them...

Hmmmmm, Prudhomme is saying that team sizes should be reduced to 8. Given that this is the first time since their formation that Sky has finished with all 9 riders, does anyone really think that it will make a difference?

Within the current system it just takes a sponsor willing to put up 2-300 mio euros over a 5 year period. But I doubt this will ever happen.

I hope for a salary/budget cap instead

Me too. It won't happen though.

Move the TdF to October, so there is much more chance of rain.
A

I'd like to see the on board technology taken out. Stop people riding to optimal data. A few stages without radios might spice things up too.

But Froome was the strongest this year by miles. With Poels quite possibly second strongest.

These 2 guys at top shape. 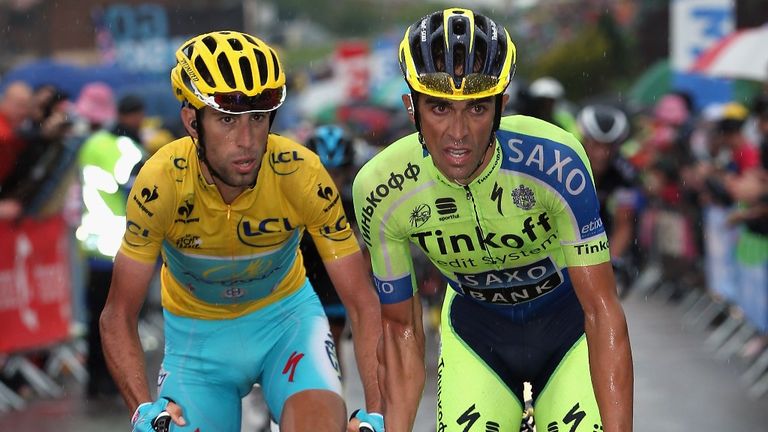 That's how you beat Sky

think any team was as dominant as team sky then

rival teams could consider how they rode gifting initiative to team sky........