Moschetti 10th today. I'm surprised he was still in the group, that finale looked quite hard on paper. Michel Ries finished 19th, also in the big group.

Canton got a special jersey for the 2nd half of the Baby Giro as well.
Looks great! 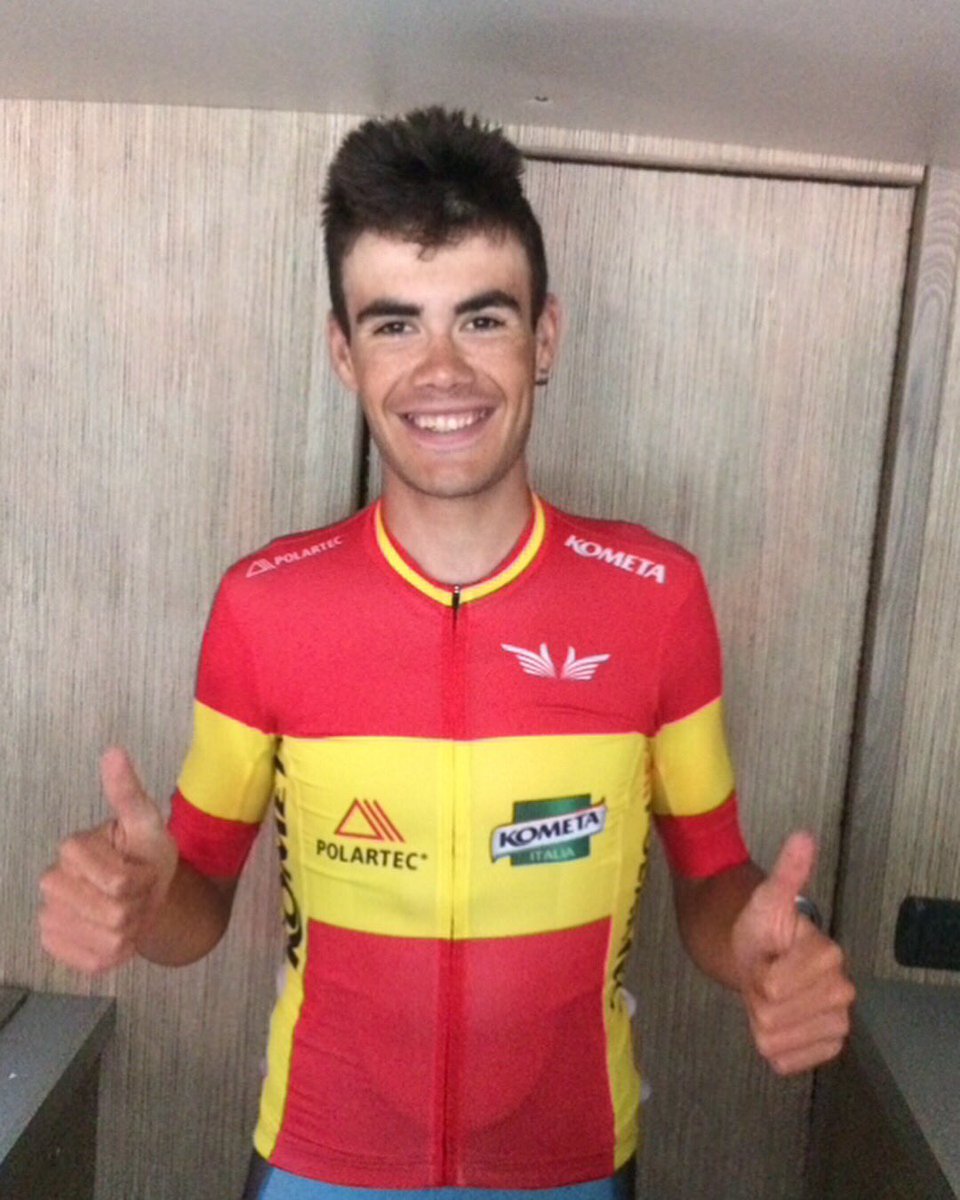 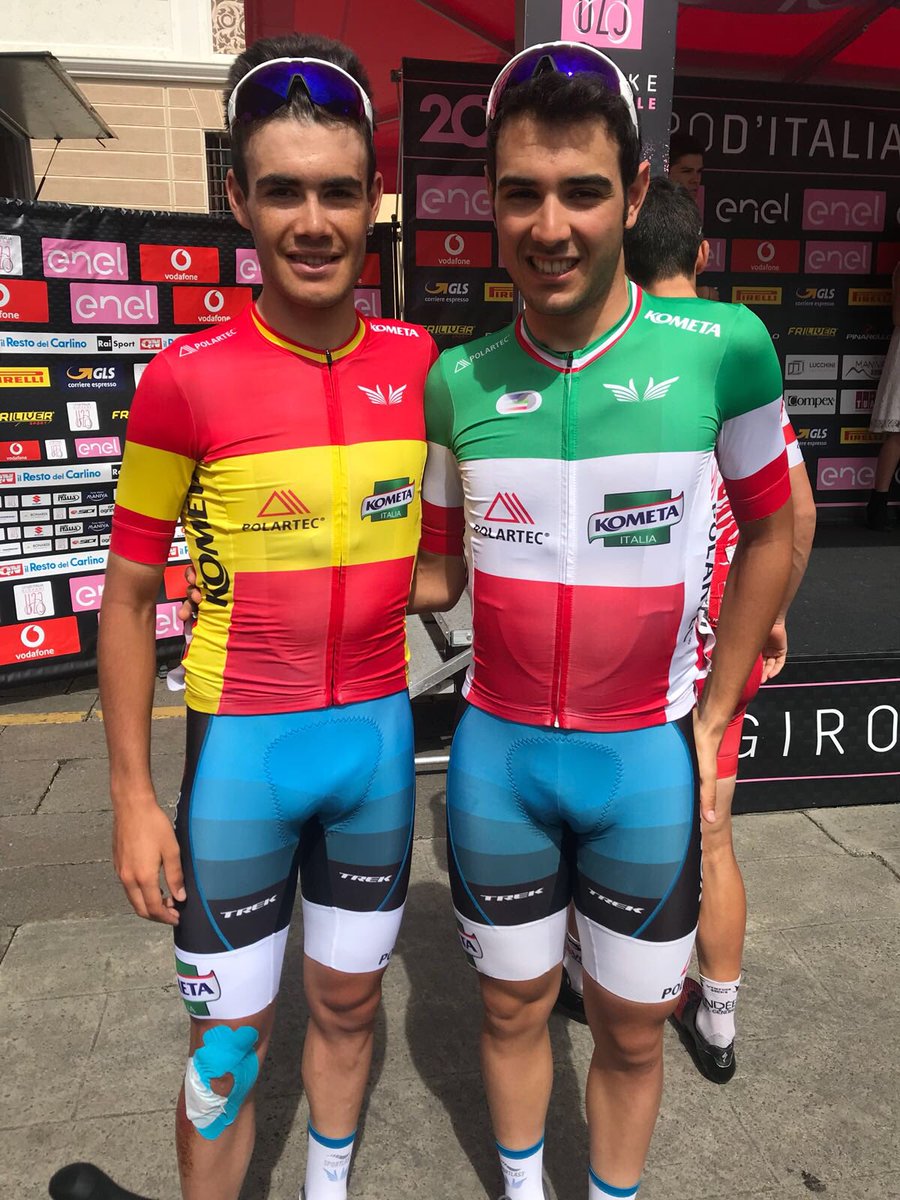 The team for Giro Valle d'Aosta. All eyes on Habtom although Inkelaar looked good in this race last year. 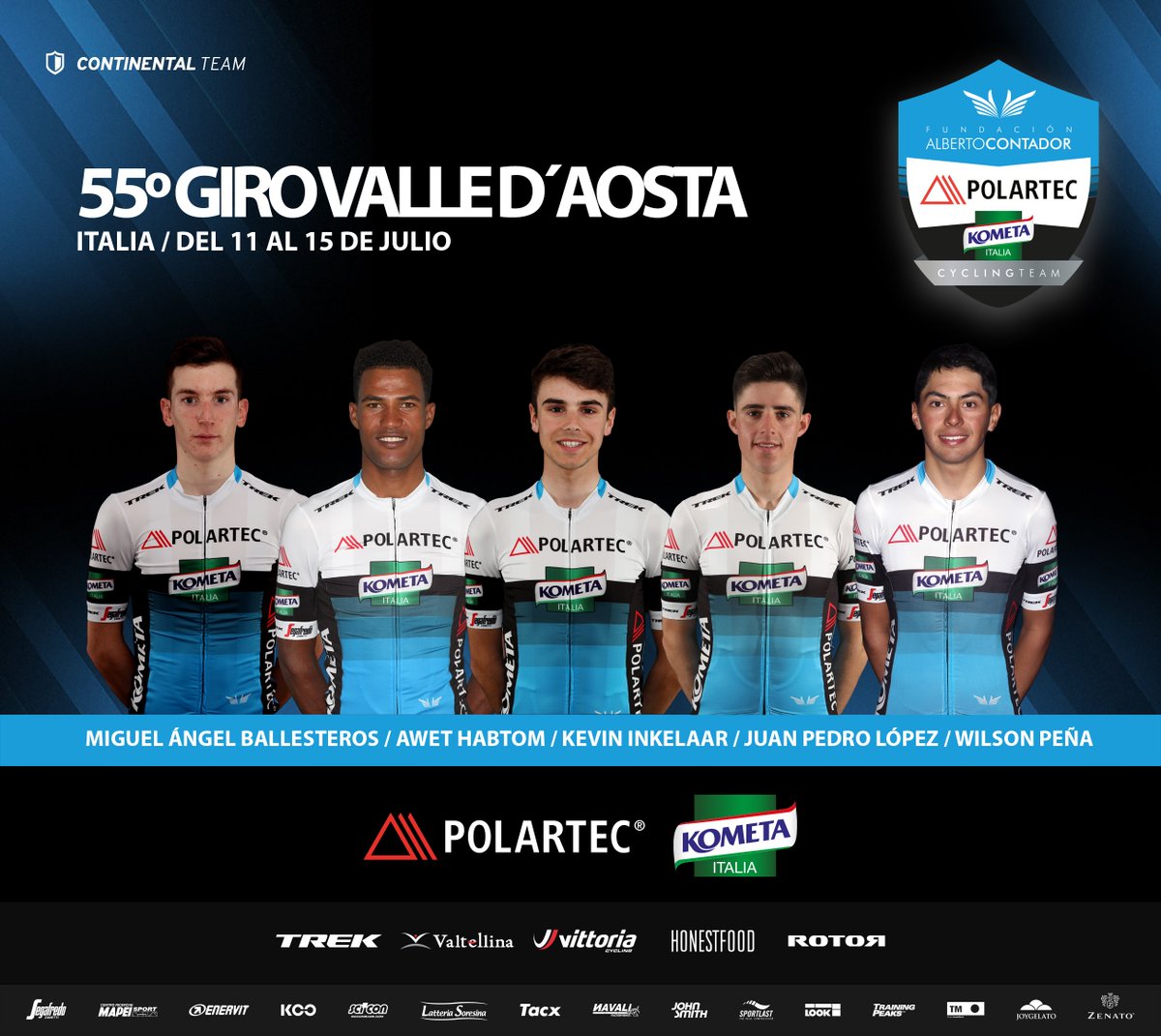 Pretty great result for the team in the uphill prologue in Giro Valle d'Aosta. Juanpe Lopez, who only moved up to the pro Conti team in June, finishes 5th, and Wilson Peña is 10th!


LaFlorecita said:
Pretty great result for the team in the uphill prologue in Giro Valle d'Aosta. Juanpe Lopez, who only moved up to the pro Conti team in June, finishes 5th, and Wilson Peña is 10th!
Click to expand...

Inkelaar lost the yellow jersey on the final day he and his teammates fought very bravely, but ultimately Pronskiy was too strong on the final climb today. Unlucky too that they lost Habtom and Peña in a big crash earlier in the race which left Lopez and Ballesteros to do a lot of work. Despite that Lopez still finished 7th overall.
As can be seen in this video Inkelaar was pretty disappointed after the finish, understandably, but he'll only get stronger. Nice also to see the team spirit
https://twitter.com/GiroVdA/status/1018450563669905408 Win together, lose together 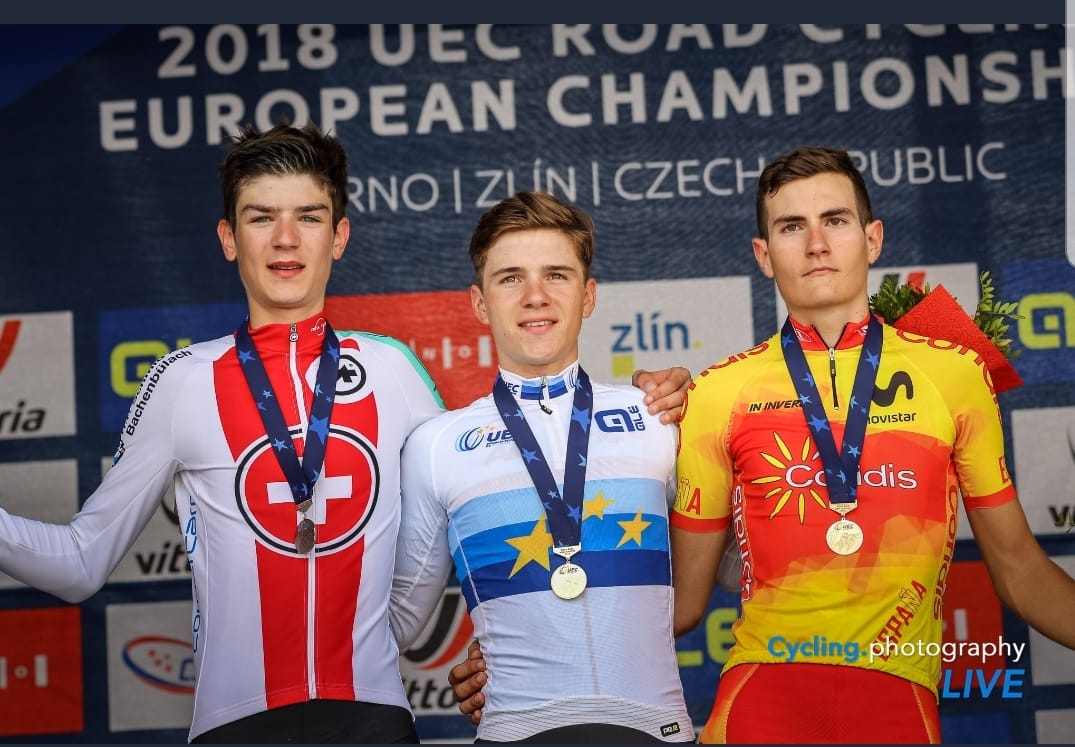 Moschetti winner of stage 2 of the Vuelta a Burgos!!! The team's first HC race

Wow! Just saw the replay of the race and when I spotted the Polartec guy latching onto Movistar's leadout in the last K, I immediately thought of Moschetti (as he seems to be the most prolific rider from the team). Didn't imagine he would actually win the stage at that point, but well done!

In today's Tour of Hungary stage, Moschetti was beaten by Belletti in the final curve. Strange place to put the finish.
https://twitter.com/Alpe__dHuez/status/1029757219909394432?s=19
At least he managed to get over the final hill, which is positive. Still a couple more opportunities to come.

I didn't watch the stage, but on a Spanish cycling forum I'm reading a botched leadout by Oldani (trainee) and Camacho is part of the reason Moschetti couldn't win. Of course there's no shame in finishing 2nd to Belletti anyway. Will try to catch highlights later.
Z

Moschetti ended up on the front way out from the line. I’m not sure that it was a botched lead out though, it looked more like he decided to go early on a technical finish.
N

Through the tv screen, to me it seemed like a false flat.

A couple of kms from the finsh line, the Polartec-Kometa guys seemed to be doing well, but their train dissolved in a moment. From about 800 m maybe, Moschetti opened his sprint, because he remained alone. He did pretty well, but he chose the inner curve, which was slower than the outer curve, which Belletti chose. But it didn't look like a regular sprint to me, they were slower than I expexted and it was a little random, like when the road is rising a little.

More of a Sagan-kind of finish than a Kittel one.

Btw, yesterday's break looked like it happened because of the sponsor - Kométa has big interests in Hungary, and both team in the break is sponsored by them. So, I expect the guys to get a lot of screen time

So what other team was in the Break then? The Hungarian national team?
N


GenericBoonenFan said:
So what other team was in the Break then? The Hungarian national team?
Click to expand...

It's Pannon Cycling Team, a continental team from Hungary. This is their first season, the riders are young, actually the guy who was in the break, Szatmáry, is the oldest rider on the roster with 27 years of age.

Caught the highlights today, indeed just looks like Moschetti went too early. The boys tried to do a leadout but it didn't really work. Eurosport commie said Alberto is expected to visit the race later this week.
N

He'll be at the start tomorrow. I also heard during the live broadcast yesterday that he'll also be interviewed tonight on tv.


Narce_ said:
He'll be at the start tomorrow. I also heard during the live broadcast yesterday that he'll also be interviewed tonight on tv.

The boys got it right this time, 9th win of the year for Moschetti
N

Great win by Moschetti! His english is pretty good too! I wonder if he's going for the GC...


Narce_ said:
Great win by Moschetti! His english is pretty good too! I wonder if he's going for the GC...
Click to expand...

Do you know how difficult the climb on stage 4 is? Looks pretty tough...
N

It's long, but not very high, only 400 m rise. To put it into context, the biggest mountain in Hungary (Kékes) would be about cat 2 compared to Tour de France mountains, and it's not in the route this year. I don't know much about Moschetti's climbing abilities, but I think it's doable, unless he's very weak. Usually, the winning margin is less than a minute in the TdH .

Well yes, Moschetti is quite a weak climber but if the climb isn't that hard, he could survive. Think the pace will be high though.
Z

Who was the Polartec rider who hit the front to bring back the CCC attacker in the last Km for Moschetti? Very strong from him. Moschetti was very strong too, but at this point that is hardly a surprise.
You must log in or register to reply here.
Share:
Facebook Twitter Reddit Tumblr WhatsApp Email Link