Lefevere Got a Lawyer!!

This is gonna be funny

He's furious about the fact that they denied the message of neutralisation happened. Furthermore he says the UCI is at fault.

It's not clear though what Lefevere tries to achieve with this, i guess some financial compensation.

Even though I think he's fundamentally right, this is not good for the sport. They should tackle problems before they arise, not afterwards. Organise yourselves and make sure the rules are cristal clear. I've seen so many angry tweets of riders yesterday. Surely there is some momentum to agree to a charter of sorts (under which conditions do we not race?).
D

Even when Lefevre is right, he manages to come across like a total moron.

Der Effe said:
Even when Lefevre is right, he manages to come across like a total moron.
Click to expand...

now to be completely honest, a leader of the race with instincts of a champion, ruthless, alpha male, mobster like hinault or armstrong for instance would never let his guard down like uran did.

well at least everyone will learn something from this.

This adds to his case, of course - if true. 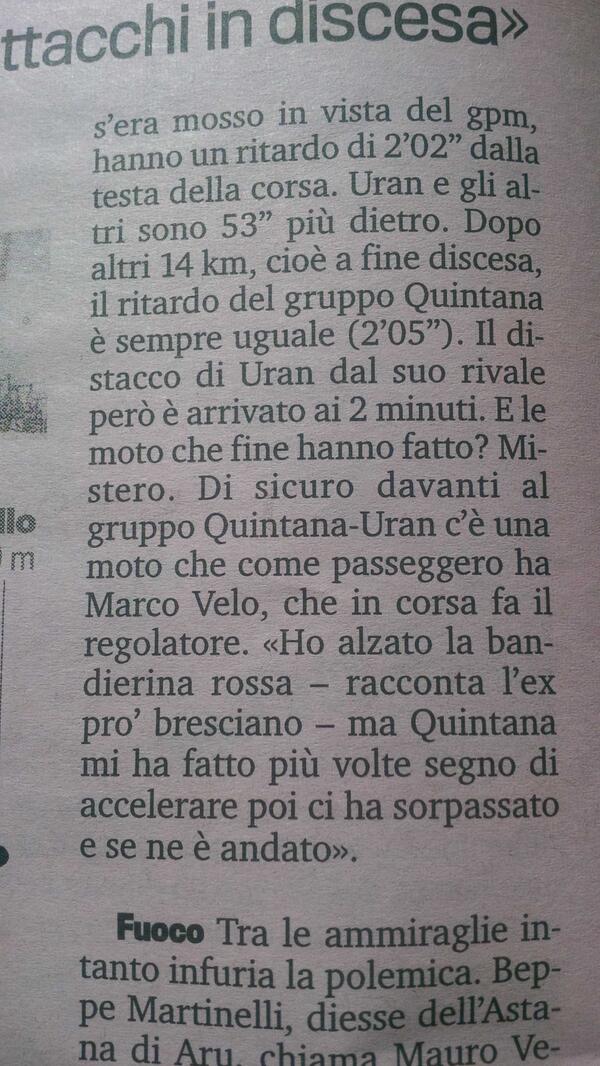 Jagartrott said:
This adds to his case, of course - if true.

Why would Velo lie?
It's of course true, there are even pictures of Quintana and Rolland after overtaking the Moto.
D

Lol, Lefrevre shows the world hes a big boy who can sue anything and everybody.

SafeBet said:
Why would Velo lie?
It's of course true, there are even pictures of Quintana and Rolland after overtaking the Moto.
Click to expand...

Even if this happened, even if what happened was wrong doing, they should've stopped Quintana, Rolland & co. during the stage.
Talking about it right now is just PR bull****.

Let the race be.

instead of suing Uran for not following Quintana on the descent

what will he achieve with his case : he has to prove that a mistake was made and there's a connection with the loss of the pink jersey and this mistake

Quintana might even have taken more time, one just doesn't know.

At the best, Lefevre can claim "loss of a chance" but how big or small was this chance. Not to be estimated so I guess 1 € for moral prejudice
R

What case?
It's not because you hire a lawyer that he will lay down a case at some random court. Maybe said lawyer will just say that it's almost impossible to lay down a case that any court will accept.

But the organisation did make a mistake off course.

What he wants to achieve I guess, it that the gap Quintana had at the end of stelvio descent will be retracted from his time.
D

Everyone knows the organisers were wrong, but Lefevre is acting as if this was a personal attack towards him. Can't stand this guy, also how he talks about his riders as money:

"I pay the riders, not him and I had a few million Euros riding around and they give us ****, 60,000 to ride the race. We put a lot into riding that race.”
(from the cyclingnews frontpage)

I don't know what having a lawyer here is going to change for the riders, it can only benefit him if he makes money off this scandal.

Dazed and Confused said:
Lol, Lefrevre shows the world hes a big boy who can sue anything and everybody.
Click to expand...

nice to know he learnt something from LA...
D

Buffalo Soldier said:
What he wants to achieve I guess, it that the gap Quintana had at the end of stelvio descent will be retracted from his time.
Click to expand...

Say what you will of Lefevre (I dislike him too), he does have a point. Sure, Movistar, Garmin and Europcar can claim they didn't hear or understand the race radio, that doesn't take away from the fact that Quintana gained an unfair advantage by ignoring the neutralization.

If it is the case that Quintana (& Rolland for that matter) deliberately passed the official moto displaying a flag, surely there must be a sanction against them. Riders have been DQ'd for less. I'd hate to see the race decided in a courtroom.
U 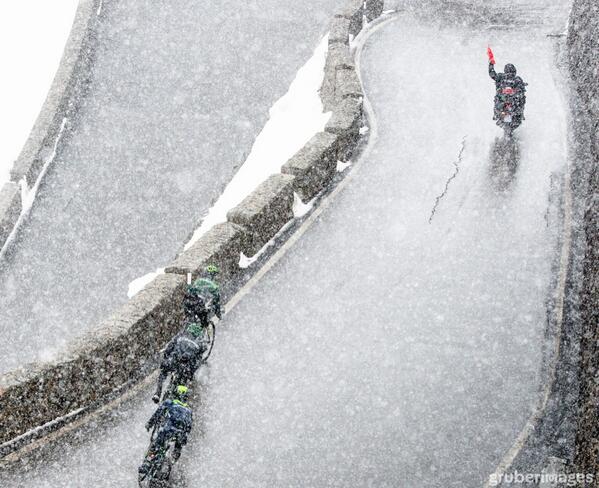 De Snelle Duif said:
Can't stand this guy, also how he talks about his riders as money:
Click to expand...

I don't like Lefevere, but you can't blame a manager of thinking in monetary terms. Return on investment is all what counts, that's his job.
W

this is hilarious, cycling is like a comedy sometimes. love it