Page 58 - Get up to date with the latest news, scores & standings from the Cycling News Community.
Sidebar Sidebar
Previous Next

Stage 5 is probably the big difference maker. Stage 4 looks like it's a 21km road stage that just goes over a (not especially threatening, mind) mountain from San Gil over to Hernán Buenahora's birthplace of Barichara. Mexico's Anet Barrera - teaming with today's stage winner Diana Peñuela - was 4th last year and is the best rider from last year's (tougher, including an HTF and two MTFs along with a near 30km ITT) Vuelta a Colombia Femenina to be present; winner Lilibeth Chacón was taken out by a collision with a dog at the Bolivarian Games and is recovering from a broken collarbone, while 2nd placed Aranza Villalón and 3rd placed Miryan Núñez are both trying their luck in Europe with Spanish teams this season. Obvious names to keep an eye out for are Lina Marcela Hernández who was 2nd today, she was 3rd on GC in 2020 and is still only 23; stalwarts of the Colombian scene like Ana Cristina Sanabria (three time winner of this race), Jenny Colmenares, Liliana Moreno and Estefanía Herrera; and 19-year-old sensation Carolina Vargas who I know nothing about but can see has taken a big step forward this season, won the Vuelta a Costa Rica and finished top 3 today.

I see Sérika Guluma and Shoko Kashiki (real surprise in the mountains last year) have already lost bucketloads of time, it looks like it was heavy rain and an absolute demolition derby of crashes out there today.
Reactions: Escarabajo

Now we're talking lesser known women's races in this thread? Fine with me!
Mods... can the two threads be merged?

RedheadDane said:
Now we're talking lesser known women's races in this thread? Fine with me!
Mods... can the two threads be merged?
Click to expand...

Please no.
Reactions: Devil's Elbow, TourOfSardinia, Carrick-On-Seine and 1 other person

Kind of hilarious that so many teams came with sprinters to the Franco Belge, that parcours is ridiculously hard.
Reactions: Ilmaestro99

Big crash with Girmay and Nizzolo

victory for philosophy in L'Ain
Reactions: Sandisfan, Didinho, Ilmaestro99 and 3 others

RedheadDane said:
Now we're talking lesser known women's races in this thread? Fine with me!
Mods... can the two threads be merged?
Click to expand...

Yeah, I'd also prefer that.

Impressive stuff from GM. First he catches Skjelmose uphill, then he pushes hard downhill, before he finally rides away on the flat. Chapeau!
Reactions: Sciatic 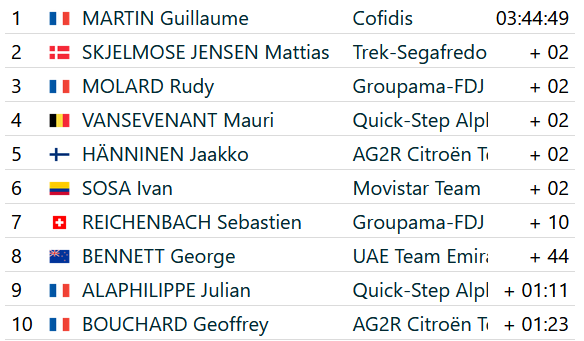 Apparantly Benjamin Grimay has abandoned according to Danish commentators

I almost wouldn't mind Norway getting a win.
They're into a bit of a dry spell.
Q

Intruiging battle between Kristoff and Campenaerts. Could Van Gestel be the one profiting?

Norway gets a win.
Reactions: Sandisfan

I guess De Buyst was completely dead or something as riding for a Campenaerts sprint was very questionable
Reactions: Sandisfan and yaco

roundabout said:
I guess De Buyst was completely dead or something as riding for a Campenaerts sprint was very questionable
Click to expand...

De Buysts UCI points do not count (yet).
Reactions: Sandisfan

This was just like Leuven a beautiful race.
Brilliant winner, and once again impressed by Campenaerts, I don't think I've seen him in better shape, ever.

Also if DSM doesn't just always put in 5 devo guys in these races and actually gives Dainese some help he would win this. Strong performance once again. Beats De LIe (ok, he started his sprint super far but still).


Billie said:
De Buysts UCI points do not count (yet).
Click to expand...

Jep, better Campenaerts 3rd than De Buyst 2nd. Neither would ever beat Kristoff anyways. Technically he should've hit the brakes in the end to give De Lie more points but obviously you don't do things like that.
Reactions: Carrick-On-Seine and Ilmaestro99

The bird came flying at the end, but Kristoff held on to victory. 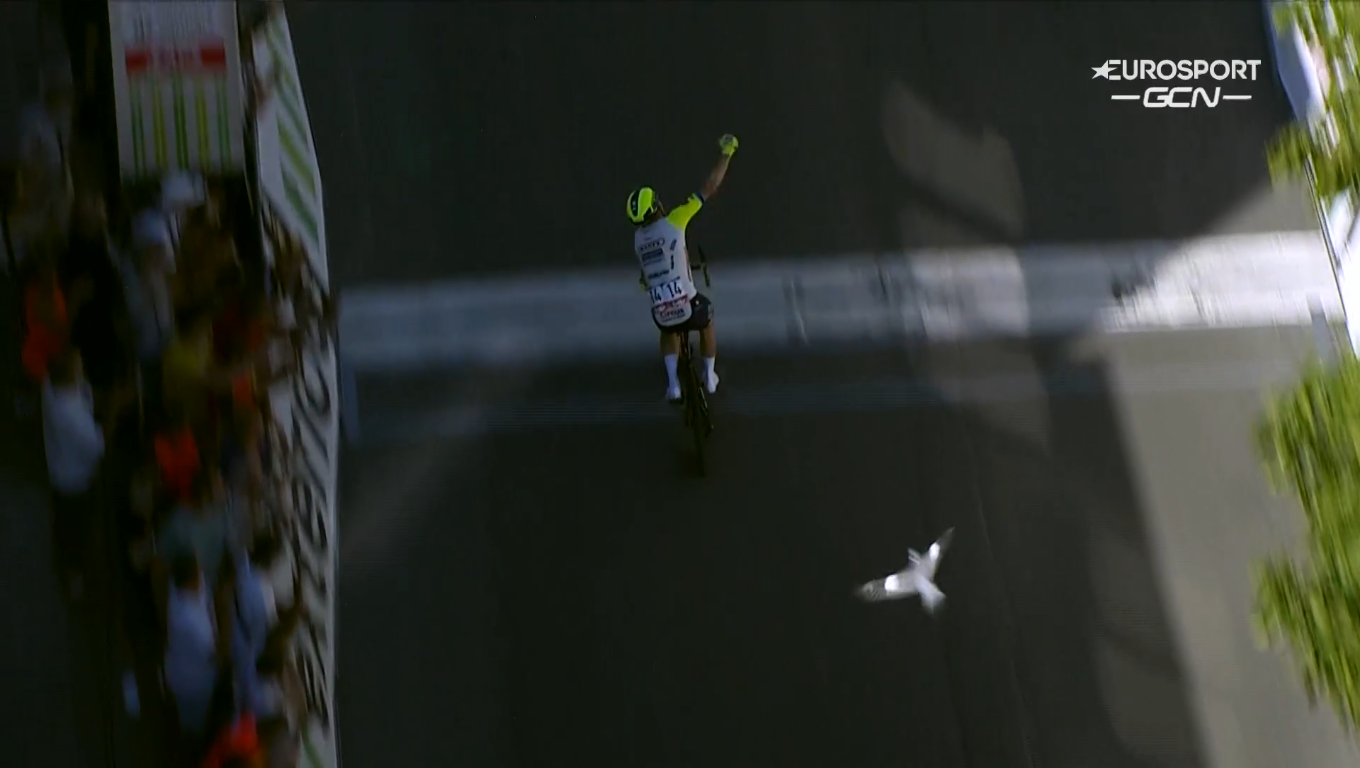 Billie said:
De Buysts UCI points do not count (yet).
Click to expand...

Still I was kind of expecting him to attack when he got back.

Looking at the replays, could Campenaerts have done better with a shorter sprint?

Billie said:
De Buysts UCI points do not count (yet).
Click to expand...


Samu Cuenca said:
The bird came flying at the end, but Kristoff held on to victory.
Click to expand...

Why Campanaerts sprints from so far against Kristoff who likes long sprints?
Reactions: roundabout

Ilmaestro99 said:
Why Campanaerts sprints from so far against Kristoff who likes long sprints?
Click to expand...

Well trying to surprise him obviously. If you wait too long Kristoff would just start himself. But yeah maybe 50 meters later would've been perfect, but that's talk afterwards. I think he did quite good.

RedheadDane said:
Why not?

De Buyst is currently not one of their 10 highest scoring riders for 2022.
Reactions: Sandisfan and RedheadDane
Y

Today's finish was an excellent example of the farcical nature of chasing UCI points - Lotto if they want the win have two options - Campaenarts paces for DeBuyst or they bring the race back for De Lie to win.
You must log in or register to reply here.
Share:
Facebook Twitter Reddit Tumblr WhatsApp Email Link