The battles we never got to see

A thread for those moments/races we never got to see for various reasons, some clinic-based but let's keep this thread out of there if possible

Rasmussen vs. Contador vs. Evans vs. Leipheimer 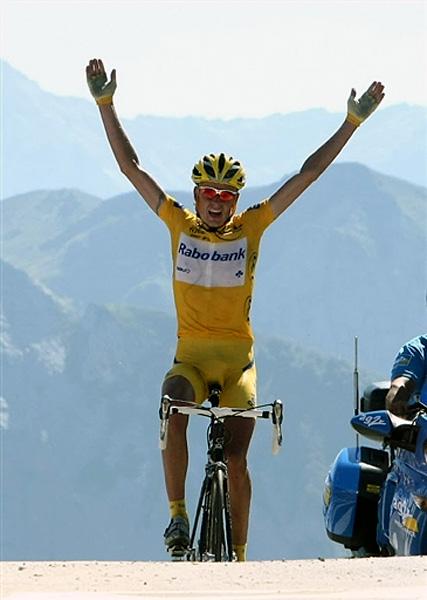 If Rasmussen hadn't been sent home, the GC before the final TT in 2007 would've looked like this:

2, 3 and 4 resulted in the closest podium at the Tour, covered by just 21 seconds. Imagine if Rasmussen had still be there, sure he might've pulled out the TT of his life as he did in Albi earlier in the race, but he might've had another '05 nightmare and been pulled into a four-way battle for the maillot jaune. Tell me that wouldn't have been amazing viewing!

We all remember robo-Basso dominating the Giro in 2006, but despite annihilating all opposition there, he was beaten convincingly in the long ITT stage 11, by an out-of-form Jan Ullrich who was at the Giro as prep for the Tour. 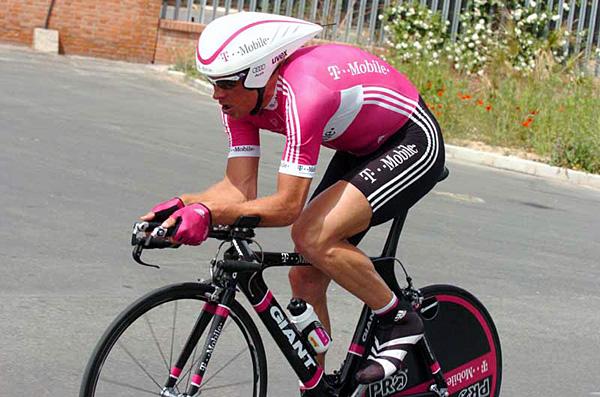 Jan went on to comfortably win at the Tour of Suisse, and we were all set for a mighty battle between the seemingly unbeatable climber Basso and an Ullrich that we hadn't seen in such great shape in years. Could've been one of the best Tours if it wasn't for Puerto.

Ullrich won the TdS in 04 as well. Admittedly in a slightly less convincing fashion than 06 but he was pretty far from winning the Tour that year.

On the other hand I believe that the 06 Tour was TT-friendly and even for the 06 Basso a double would have been difficult.


i don't agree with 2007,we saw that battle,not entirely unfortunately

Joseba Beloki competing in the 2003 TdF. I had high hopes for him.
Reactions: Tobi

oh, and Armstrong vs Contador without any doping controls
M

Cobblestones said:
Joseba Beloki competing in the 2003 TdF. I had high hopes for him.
Click to expand...

I allways tought he would have won it, even I was breathing Ullrich.

This. And beloki 2003, i also think he could have won it. Prime Cipo vs cavendish.

I had been looking forward to this years epic Giro battle with Ricco and no Contador. That would have been the greatest GT ever.

Pantani defending his Giro-Tour double in '99.

gooner said:
I would of loved to of seen contador"s form of the 09 tour or the form of his giro win this year go up against armstrong"s form in his tour wins. Who would you think would win that?
Click to expand...

Personally I think Giro Contador would win. He was at a different level uphill. Not enough TT kilometers to know how good he would have been there though.
V

Hugo Koblet said:
I had been looking forward to this years epic Giro battle with Ricco and no Contador. That would have been the greatest GT ever.
Click to expand...

and a di Luca in super form

Yes, that's another one.
G

Add Contador to the tour 2006 battle with jan Basso and Vino, he would probably not quite have hit 07 form but would probably have been between 5 and 10 on gc

and one everyone wanted to see Tondo in the 2011 tour....think he would have beaten Samu for 6th

Dancing On The Pedals

The conclusion of Ocana vs Merckx if Ocana hadn't crashed out in 1973.

Greg vs Lance at their peaks would make Greg and Bernard look like best buddies .

zam_olyas said:
beloki 2003, i also think he could have won it
Click to expand...

The 1998 Festina Team vs the rest of the teams at le Tour!

After their domination in 1997 but no win, they were literally gassed up to the top and had some nitro tanks on the side ready to blow the doors off anyone who dared

You know that was going to be epic if they were not ejected might of been the only chance for a French win or maybe even a Swiss win.

I really wanted to see that
A

Speaking of the 06 tour, i wonder what would've happened if valverde didn't crash out on stage 3. i dare say it's not improbable to say valverde was stronger than sastre (given what we saw from valv in the vuelta a few months later and given that it was right in the middle of OP without him being caught) and sastre was probably the strongest in the mountains in 06. at the same time, pereiro would've been working for him instead of going for the win and it's very possible valverde could've been the caisse d'epargne tdf champion if not for the crash
You must log in or register to reply here.
Share:
Facebook Twitter Reddit Tumblr WhatsApp Email Link