Page 210 - Get up to date with the latest news, scores & standings from the Cycling News Community.
Sidebar Sidebar
Previous Next
W

Vesica said:
Bas Tietema (known from Youtube series Tour de Tietema and this year as rider for Bingoal) is starting his own CT team: TDT Unibet Cycling Team.
Hugo Haak will be the Sports Director. Haak is former head coach of the Dutch track sprinters.

Been a while since Unibet were a sponsor, fell foul of Fench advertising laws at the time around betting and not allowed to race in France I recall.
P

Wyndbrook said:
Been a while since Unibet were a sponsor, fell foul of Fench advertising laws at the time around betting and not allowed to race in France I recall.
Click to expand... Corratec already has 15 riders on their books.

They were set to poach Androni riders, some of the more appealling names are:
Bais
Chirico
Ravanelli
Restrepo
Tagliani

follow up on B&B hotels :
interviw with Pascal Chanteur president of the french riders organsiation,

riders of B&B have contacted the french riders association because they 're worried about their future, although they received their new BMC bikes, training camps are programmed etc the team is not registered yet, they have till Nov 22nd...things seems to advance at a very slow pace or not at all

there seems to have been a meeting on Nov 10th but haven't seen anything about it yet
Reactions: Fantastico, search, claude cat and 1 other person

Roku said:
Corratec already has 15 riders on their books.

They were set to poach Androni riders, some of the more appealling names are:
Bais
Chirico
Ravanelli
Restrepo
Tagliani
Click to expand...

Speaking of Italian-Moroccan riders, the biggest mystery in recent history is Tajeddine Boutabaa. As a first year junior rider he won the Firenze - Fiesole uphill ITT with a new race record (9:27, Tiberi rode it in 8:39 2 years later, but that time it was only 4.5kms instead of 5.5, a big difference in such a short uphill TT). He finished 21sec ahead of the one year older Andrea Innocenti, who had won the gc in Lunigiana and Valromey juniors that year (before testing positive and getting banned for 4 years one year later as a first year u23 rider) and 31sec ahead of Karel Vacek, who is the same age as him. Now people might now that Vacek was a monster uphill in the junior ranks and to obliterate him in an uphill itt while being the same age was a big deal.

The next year he only did a few junior races, got 2 second places and apparently stopped racing, there's zero information about what happened with him/why he stopped. He didn't even win a ton before the junior ranks, all I could find was 2 wins in 2016, a 3rd place the same year and a 2nd place in 2014, apparently he had no results or didn't race in 2014. That also doesn't look like a guy who was training like a pro from a very young age just to burn out quick.
Reactions: laarsland and Sandisfan
R

How weird, a week ago he was strongly hinted to ride with Corratec, as he did with Vini Zabu.

search said:
Going by this interview with Frassi, they will also sign (although not named) Nicolas Dalla Valle There isn't any other Giotti rider who fits the description, at least.
Click to expand...

You were right, Dalla Valle just got confirmed alongside Attilio Viviani and Alessandro Iacchi.

Iacchi actually surprised me with his 9th place on the g in the Tour of Britain this year. Yes, the race was shortened, but until then he rode a solid race. If we go by that he deserves a sport on a PCT team.
Reactions: Sandisfan and search

SafeBet said:
Piganzoli steps up to Eolo-Kometa from their u23 team

Him, Raccani, Fancellu and Tercero is a good amount of young, talented riders, I like it.
Reactions: StryderHells and Sandisfan

Nicolas German Tivani to Corratec has been confirmed, they also signed van Empel (former Vini Zabu rider) and Carlos Samudio from Panama. The later is probably bringing his own sponsor with him, cause frankly Franklin Archibold would be a much better rider from Panama and Christofer Robin Jurado would also be a better pick. Both of those guys have clearly better results and already some experience when it comes to racing in Europe.
Reactions: Sandisfan

B&B team is in danger, Pineau has till the end of November to find a cosponsor to maintain, the mens team, a womens team and an academy...

he's waiting for answers from potential sponsors which have to give their reply for 21st, 28nd, 29th of November 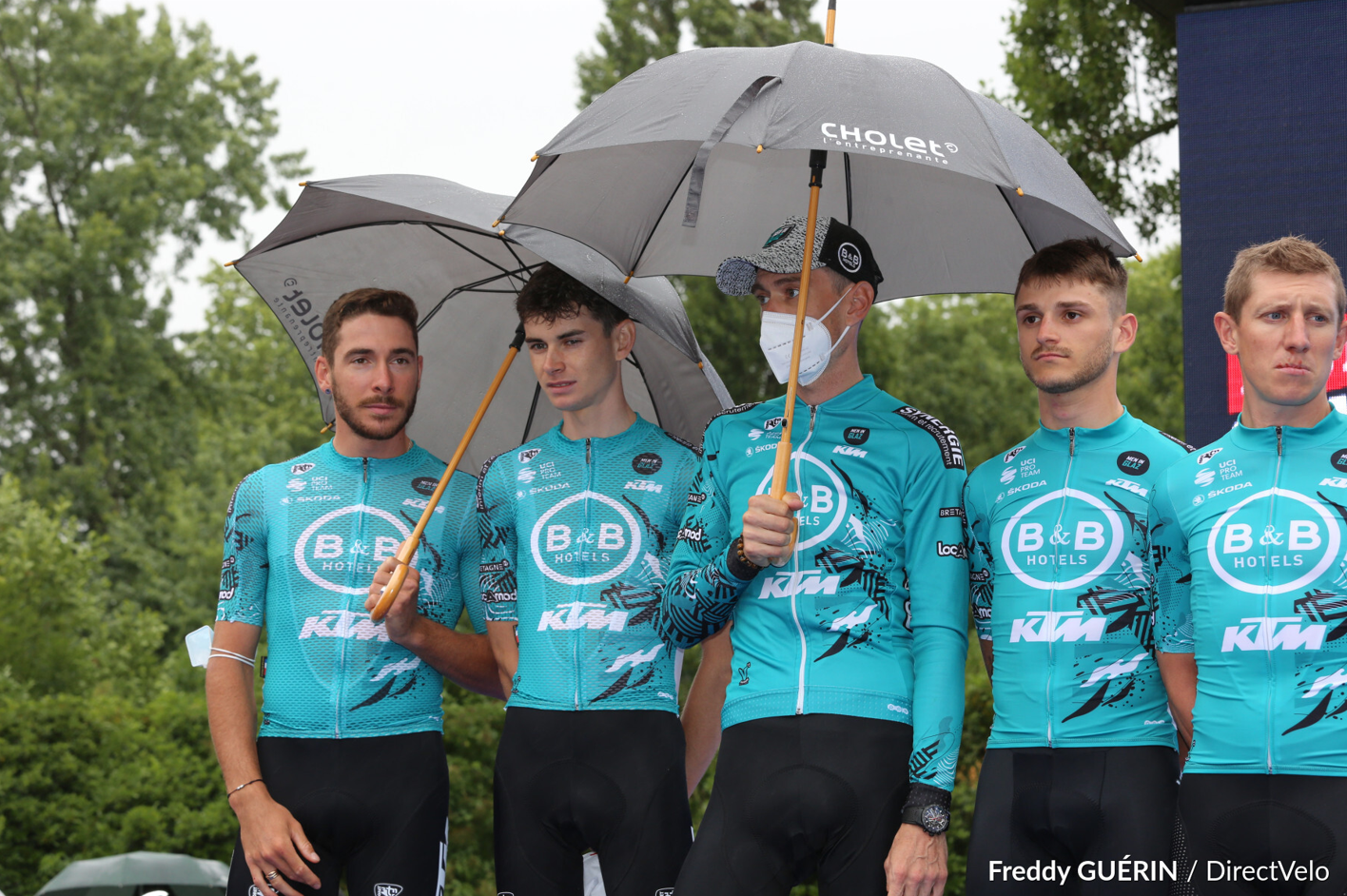 he says he has 18 riders under contract - PCS gives 21 riders : https://www.procyclingstats.com/team/b-b-hotels-ktm-2023/overview/ 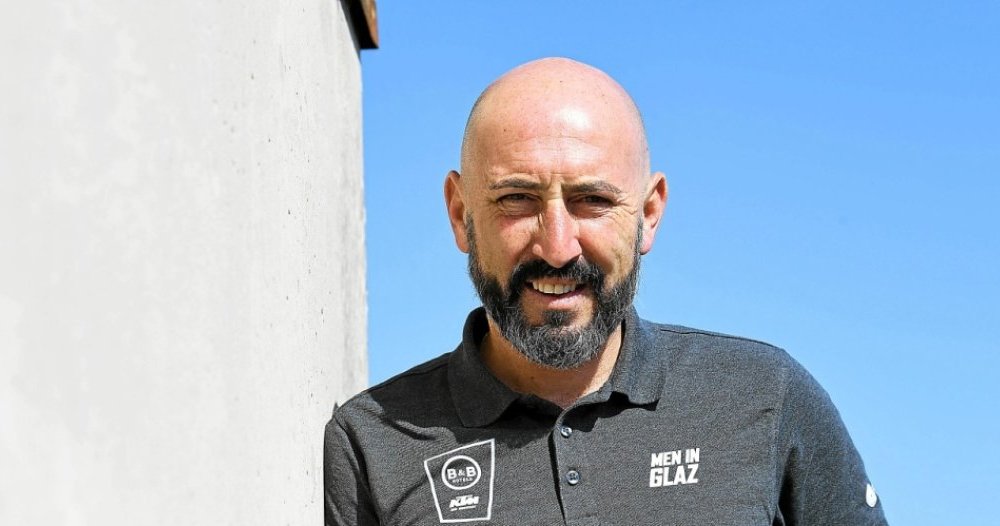 edit : if no extra sponsor if found the team can't continue on pro-level , unofficially Pineau is looking for 10 million Euro on a budget of 15 in total... Look in a dictionary, for the description of incompetence - and it's likely Pineau's attempts at raising sponsorship for this team would feature.
Reactions: postmanhat

How Pineau would expect a sponsor to join in a multi million deal while at the same time saying that they would need to share the spotlight with the city of Paris (which would be a co-naming sponsor) who wouldn't be paying a dime is beyond my understanding.

Is like asking Carrefour or Amazon.fr or whatever major company it was (who already has a scale of operations and a public presence that would gain little from cycling marketing) to pay for the publicity the city of Paris would receive.
Reactions: postmanhat, Axel Hangleck and Sandisfan

Anyone any idea why Didier Merchan (Drone Hopper) is out of competition since March?
Reactions: Sandisfan
R

It's a shame. He did a good half-year with Lotto and I think he still had the level to be a valuable lead-out / domestique
Reactions: Lexman, Sandisfan and postmanhat

ANy news on Cavendish? Has he retired?

Wvv said:
Anyone any idea why Didier Merchan (Drone Hopper) is out of competition since March?
Click to expand...

couldn't find anything either, but he finished 41st in the Vuelta a Boyacá prologue just yesterday, so is back on the bike at least

MartinGT said:
ANy news on Cavendish? Has he retired?
Click to expand...


Some quite young new signings for the Jumbo womens team. Interestingly, Oudeman is still training with Canyon Sram this week due to the Zwift academy finals.
Reactions: StryderHells