Last stage before the second rest day as the Tour enters the Alps with a relatively easy mountain stage. The last big climb doesn’t seem the most suited for GC action, can the breakaway specialists capitalise on their best opportunity so far?


Stage description
The stage starts from Aigle, home to the headquarters of the UCI, which are passed in the neutralisation. From here, the riders embark on a very weird route, consisting of a 150-kilometre loop through Romandie to return to Aigle, before heading up the Rhône valley to reach the final climb, after which the final 9.8 kilometres are in France.

The first part of the route takes the riders out of the Alps and back to Lake Geneva, passing by Chillon castle and through Montreux, a holy ground for music thanks to its renowned jazz festival and studios. Undoubtedly every commentator will take the opportunity to tell how the 1978 Tour passing through Montreux (supposedly) inspired Freddie Mercury to write Bicycle Race. From here, the race takes a detour to include more of the shoreline and eventually loop back by climbing the first KOM of the day, Côte de Bellevue. 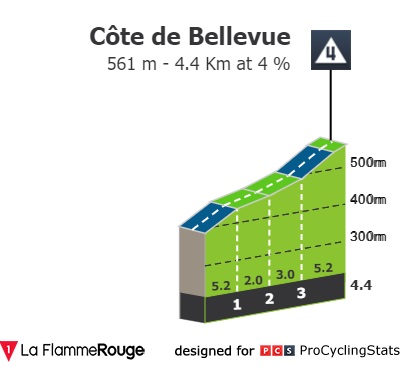 After a short rolling section on the higher road parallel to the lake, the riders take on the final 8.4 kilometres of the profile below to climb up to the edge of the Swiss plateau at Châtel-Saint-Denis.

The next 40 kilometres are rolling. Early on in this section, we have the intermediate sprint in Semsales, atop a drag. 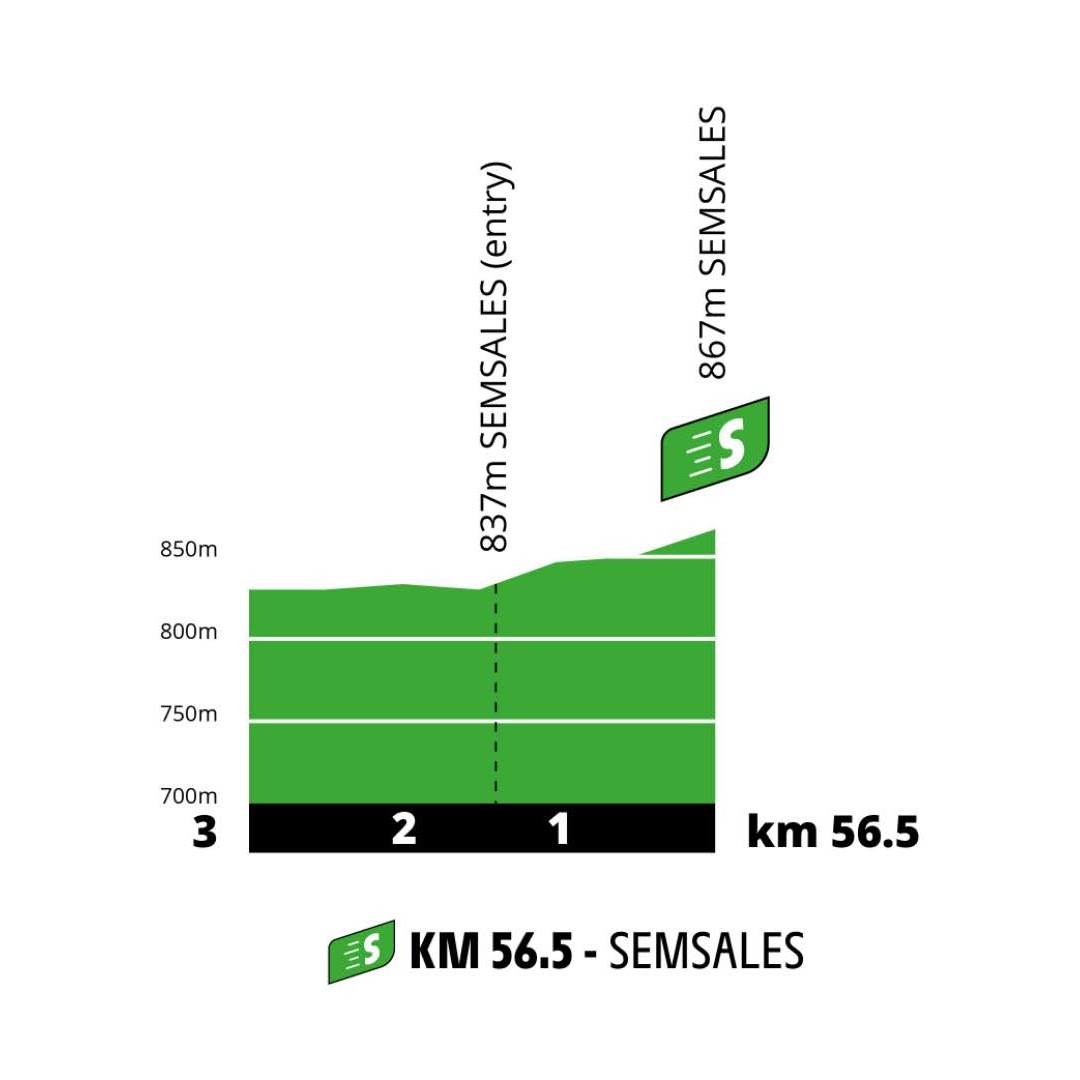 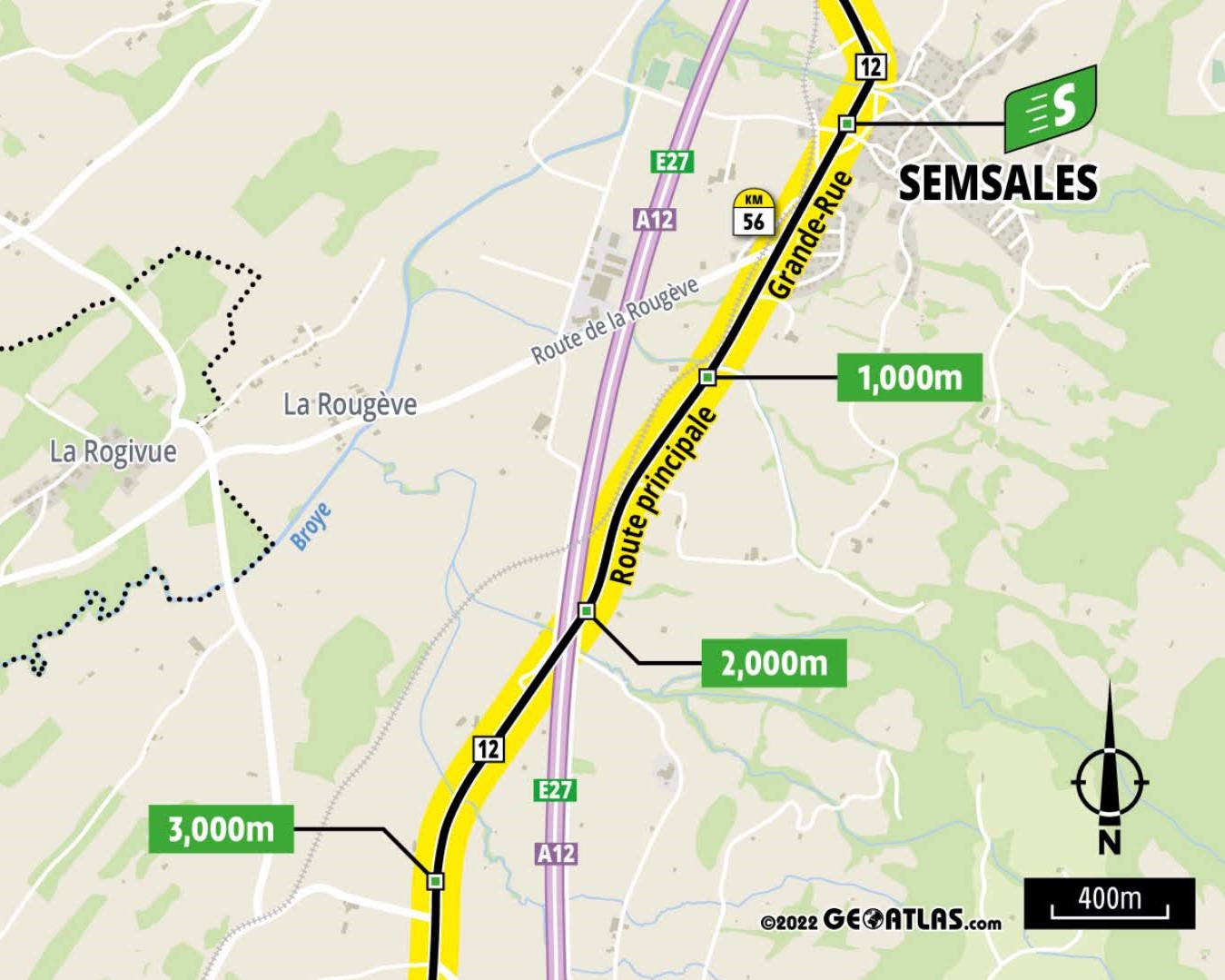 Eventually, the race passes below the fortified town of Gruyères, famous for the eponymous cheese, to reenter the Alps. Soon, the road starts to climb up to the Col des Mosses.

After heading down the short descent, the riders make their way to Les Diablerets for the next climb, Col de la Croix. This is the easy side of the climb, making for a low cat. 1, and corresponds with the second half of the profile below.

Following the long descent back into Aigle, there are 14 kilometres of respite as the riders cross the Rhône valley into Monthey for the final climb of the day, Pas de Morgins. The summit is also the border crossing, there are 9.1 kilometres left to race from the end of the profile (the KOM is 700 metres before that).

After a short and shallow descent, the road turns uphill once more to rise to the finish. 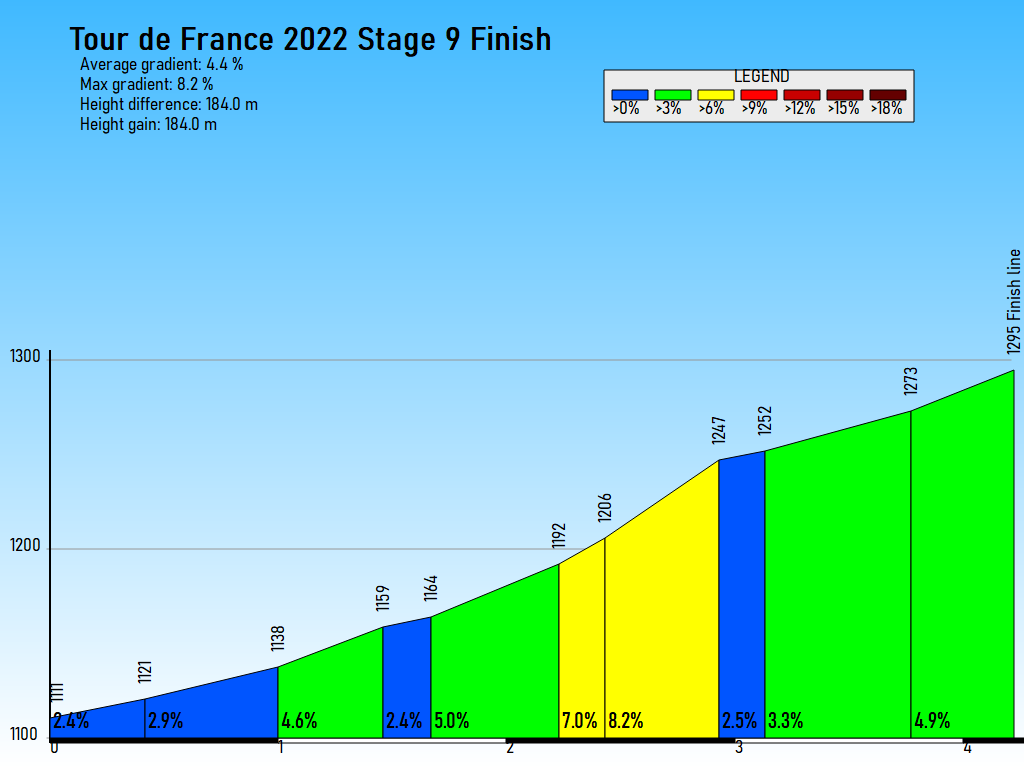 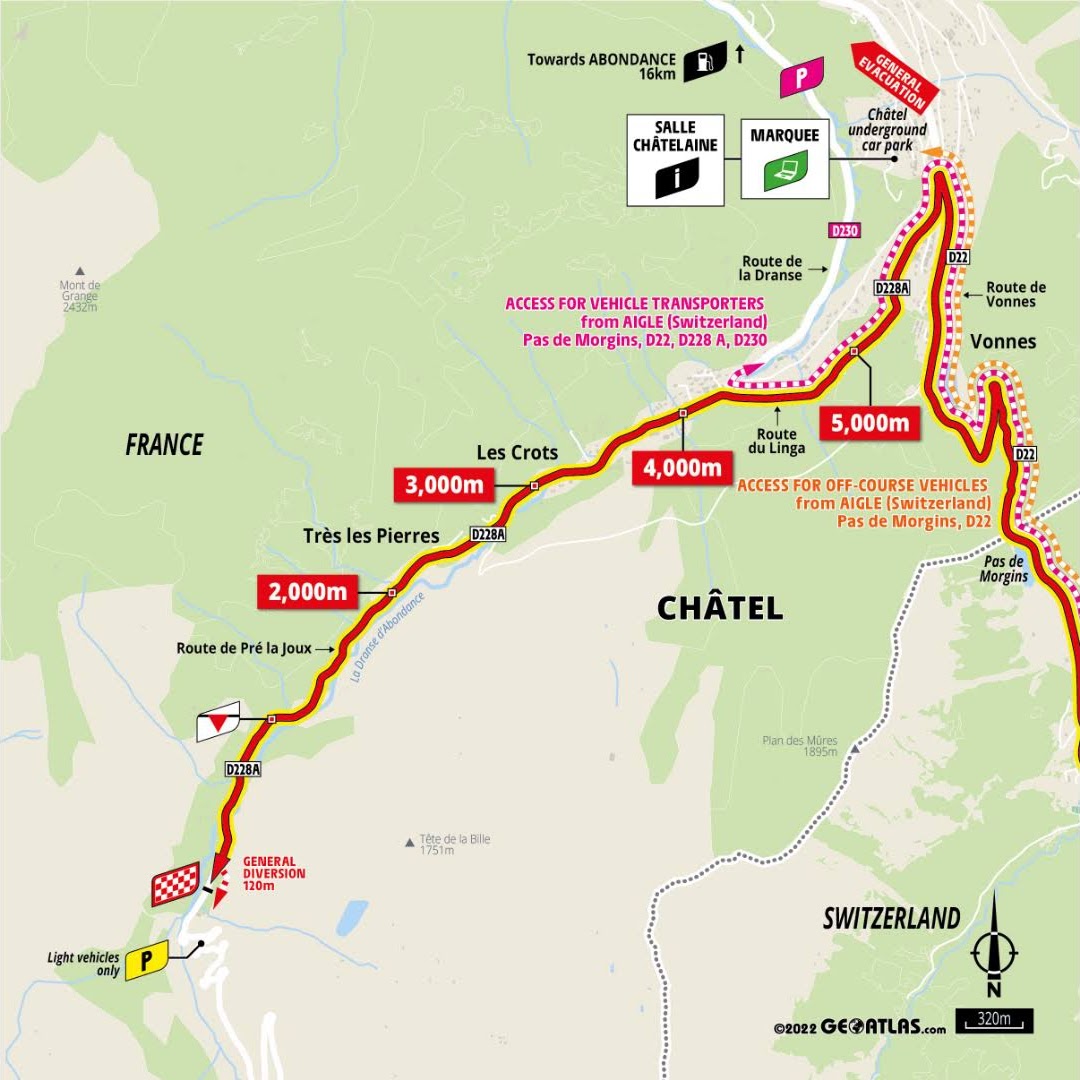 Descent until 4.2 kilometres to go, then a drag up to the finish line with a surprisingly solid ramp in the second part.

But surely this is just for the breakaway?
Reactions: Cookster15, Escarabajo and Big Doopie
B

Two JV's in the break, Roglic attacking at the top of Col de la Croix with Vingegaard blocking Pogacar.
Reactions: Lui98 and Sandisfan

This one could draw out an all-star breakaway.
Reactions: Sandisfan

I am guessing INEOS would chase in such a scenario.
Reactions: Sandisfan and Big Doopie
A

If not for the valley in between climbs, I think it's plausible. That stretch of flat will kill any potential attacks on the Croix.
Reactions: Tonton and Sandisfan
Q

I really don‘t know what to make of this stage. The climbs are hard enough for a GC battle but they definitely don‘t ensure one. I hope that JV tries something on Pas de Morgins with the rest day following after this stage. I‘m 95% sure the break takes the stage though.


Pick for the stage win: The disappointed Forum after nothing happens.

A healthy Roglič would—
Reactions: JosefK, Sandisfan, DoYouEvenRideBruh and 2 others
B

Amazinmets87 said:
If not for the valley in between climbs, I think it's plausible. That stretch of flat will kill any potential attacks on the Croix.
Click to expand...

That's why I said 2 JV's in the break. Van Aert for the valley and a climber for after.

Tibopino i hope
Reactions: Tonton, Sandisfan, DoYouEvenRideBruh and 2 others
F

I don't believe in a GC battle. Ineos is riding passive in this Tour. Pog doesn't need to do anything. Only Jumbo could do something, but Roglic is injured...

Should be a big breakaway.

No chance. Pinot will be all in for the obligatory melodramatic attempt at a Bastille day win on Alpe d'huez. He won't go deep here.
Reactions: Scarponi, Fuente De, Tonton and 1 other person

Another easy win for Wout. They can't get rid of him on this shallow climb.
Reactions: Fuente De, DJ Sprtsch, ppanther92 and 1 other person
K

not shallow. It includes 11km at 7 percent.

I actually think there could be an interesting GC action in the last 20 km. Pog should try to make more gains before the heat wave strikes.
Reactions: Sandisfan and Didinho
B

especially as pog may end up being his closest rival for green...
Reactions: dazaau and Summoned
A

They could definitely dispatch him if the impetus is there. I just doubt it will be.
K

Eclipse said:
No chance. Pinot will be all in for the obligatory melodramatic attempt at a Bastille day win on Alpe d'huez. He won't go deep here.
Click to expand...

Yea like i said its just good old fashioned hope plus if he wants to win the KOM he (sh)could start getting some points
Reactions: Tonton

best chance for anyone to make the race hard on the Col de la Croix is Bora, I guess, going by the way they are racing this year.
C

Looks like a good stage for van Aert.
P

I was thinking the same. Lets see. Might be harder than it looks on the profile but also not unheard that WvA can stay with the group on longer climbs.

I still think this reeks of Pog trying to stamp out the race so I expect a real attack and am not sure on it being gifted to the break.

Climbs aren´t hard enough to make a difference. GC group finishes together. Pog wins the sprint. If he gets lucky JV or Ineos chase and allow him to collect bonus seconds again.
A

skippo12 said:
Climbs aren´t hard enough to make a difference. GC group finishes together. Pog wins the sprint. If he gets lucky JV or Ineos chase and allow him to collect bonus seconds again.
Click to expand...

Why would there be a sprint if bonus seconds aren't in contention?
T

Should be a break you'd think. There's decent points on offer for anyone thinking about KOM.
S

Amazinmets87 said:
Why would there be a sprint if bonus seconds aren't in contention?
Click to expand...