Which rider made you LOL the most this year? - CLEAN version

(Inspired by the thread of similar title in the Clinic. This time no doping)

Basically, what rider did something funny this year? 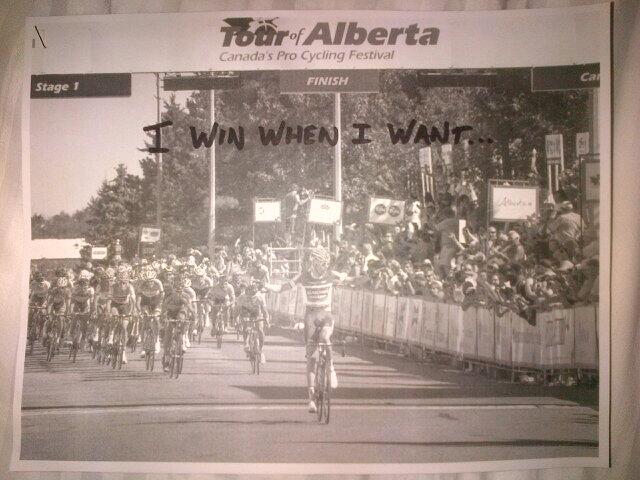 What is the story behind that?

For me it was this interview by Chris Horner:

I'm sure there were many others like this that I missed

Gregory Rast crashing into a Lampre rider while he was taking a **** at the side of the road.

Christian said:
What is the story behind that?
Click to expand...

Tour of Alberta, stage 1. Hesjedal attacks towards the end of the circuit, breaks free with ease, and celebrates his win. There was just one problem:
There was still another lap to go!

Nope, descending ability just takes it. This kid is better than him:

Wiggins would get off and walk down.
I

Christian said:
For me it was this interview by Chris Horner:

This is brilliant. Fabianese and Evans speaking italian are also very funny.
L 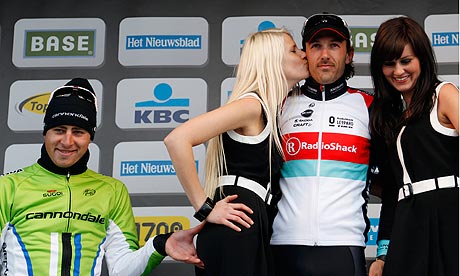 Ah, the most obvious one. But his apologize takes the prize

LOL, as a time passed, we can say it was just FUN

this was my first reply in the original topic also. Because I never ever think dirty.

Also pippo in giro del Lazio was quite the show.

Without a doubt Wiggo descending like a frightened 12 year old schoolgirl. I was ROTFLMAO!!!!

They weren't cycling at the time but this is funny. Terpstras work I think

Gesink all the way!

They weren't cycling at the time but this is funny. Terpstras work I think
Click to expand...

That is darned funny

Doesn't beat Wiggo though, that was on the road in a GT

Peter Sagan never makes me laugh. He's just such an up-himself little **** I want to punch him whenever he pulls the "aren't I so wacky and funny?" hi-jinks. Hope he suffers a loss of form that means he doesn't find winning so easy to come by, because it worked for Cavendish, who has been approximately 872x less annoying since he had a period of hardship and pressure, so that winning was a genuine relief rather than a stroll in the park, and he has been way less obnoxious since.

Annemiek van Vleuten's face looking at the catering at the Tour de Languedoc-Roussillon was pretty great, though the stories coming out of that race were pretty hilarious in how bad it was:

No Clinic relation but this one is brilliant:

The guy smiles uphill, lol, I do that too.

and many more i don't remember

driver of the year

and many more i don't remember
Click to expand...

and many more i don't remember
Click to expand...