At the start of the year, it was announced that Annemiek van Vleuten would attempt to win both the Giro Donne, the Tour de France Femmes and the Vuelta Challenge in 2022. After she had already had to make a full recovery from the crash in last year's Paris-Roubaix, she also endured a broken shoulder in a training crash in April, avoided a race ending crash in the Giro and finally overcame illness in the first days of the Tour in order to cross off the first two races on the list.

After some post-Tour criteriums and a bit of relaxation, she now returns to Spain to defend her Vuelta title. Although she is up against a stacked field with pretty much every single GC candidate apart from Marta Cavalli, she's still the hot favourite and the treble seems almost inevitable. But races are fortunately not decided through internet previews, so hopefully we'll have a fun and exciting race to look forward to.

After starting its life as a Madrid crit race back in 2015, the Vuelta Challenge has steadily grown and added additional stages and difficulty over the years, much like what you could've have hoped would have been the case for La Course, before the creation of the Tour de France Femmes.

This year it has five stages for the first time:
1. A 20 km TTT
2. A 106 km queen stage with five categorised climbs
3. A 96 km stage, which in the standard Vuelta way is called flat, despite the fact that it has a 16 km climb in it, which isn't much different from the one that Van Vleuten made the difference on in last year's race.
4. A 160 km stage with some uncategorised climbs in the beginning and an uphill finish. Or at least that is what the profile on the website, and the one that were shown during the route presentation in May, is telling you. But according to the road book there are two other climbs in the final 13 km, one of which includes 1.8 km on sterrato.
5. And then finally 96 km featuring 17 laps on the Madrid circuit to finish things off.

Another thing to pay attention to is that the first four stages will finish after the men's race. The TTT starts at 17:50 local time and will finish at about 19:30. The next three stages will finish somewhere between 19:20 and 19:40, and the last one ends at around 14:30. Judged from the GCN schedule, there will be about an hour of live coverage from all stages. We might not be able to watch the decisive move on stage 3, and we could also miss important action on at least stage 2 as well.


The first and the fourth/penultimate climb (same climb, different ascents) 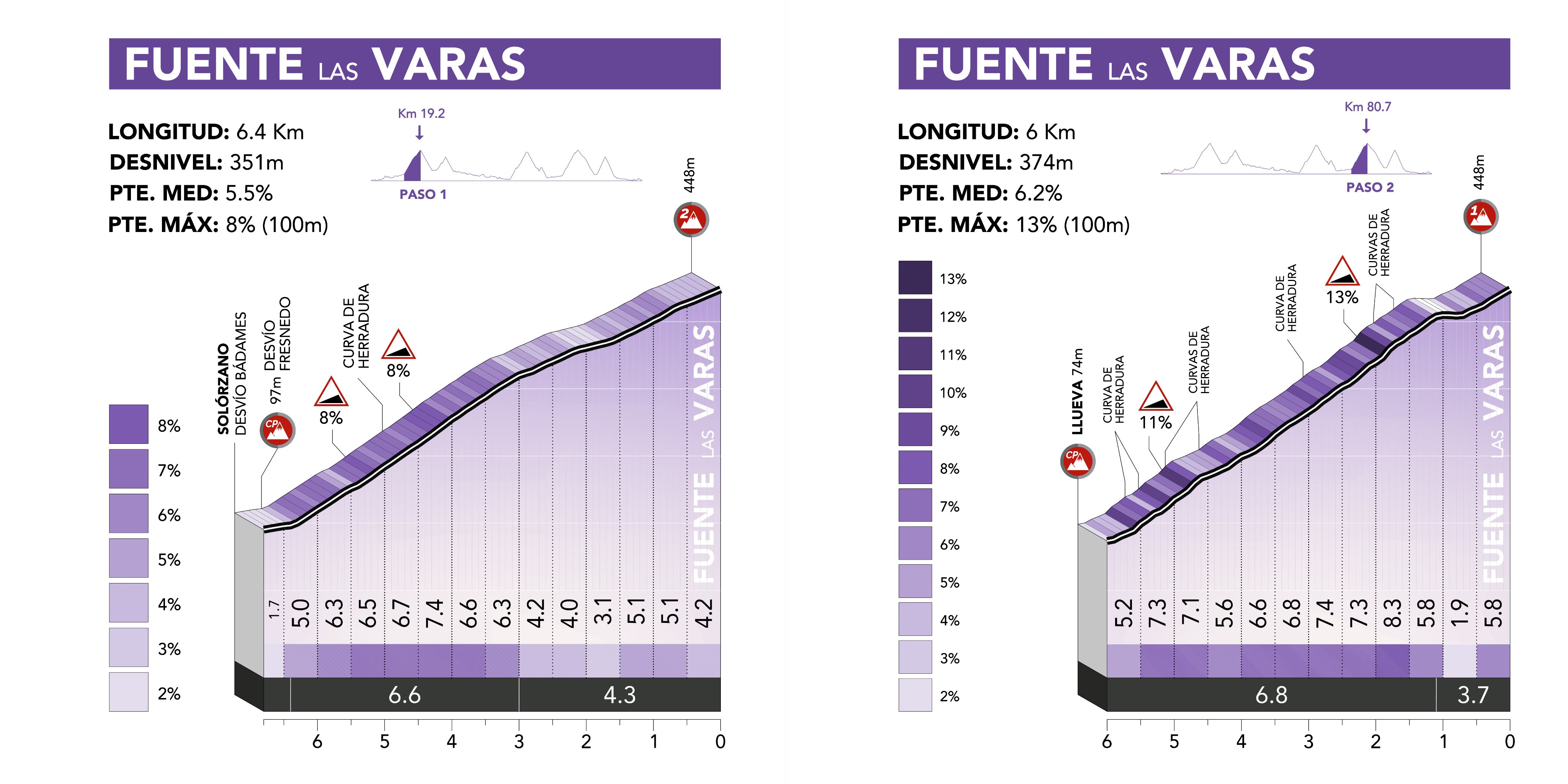 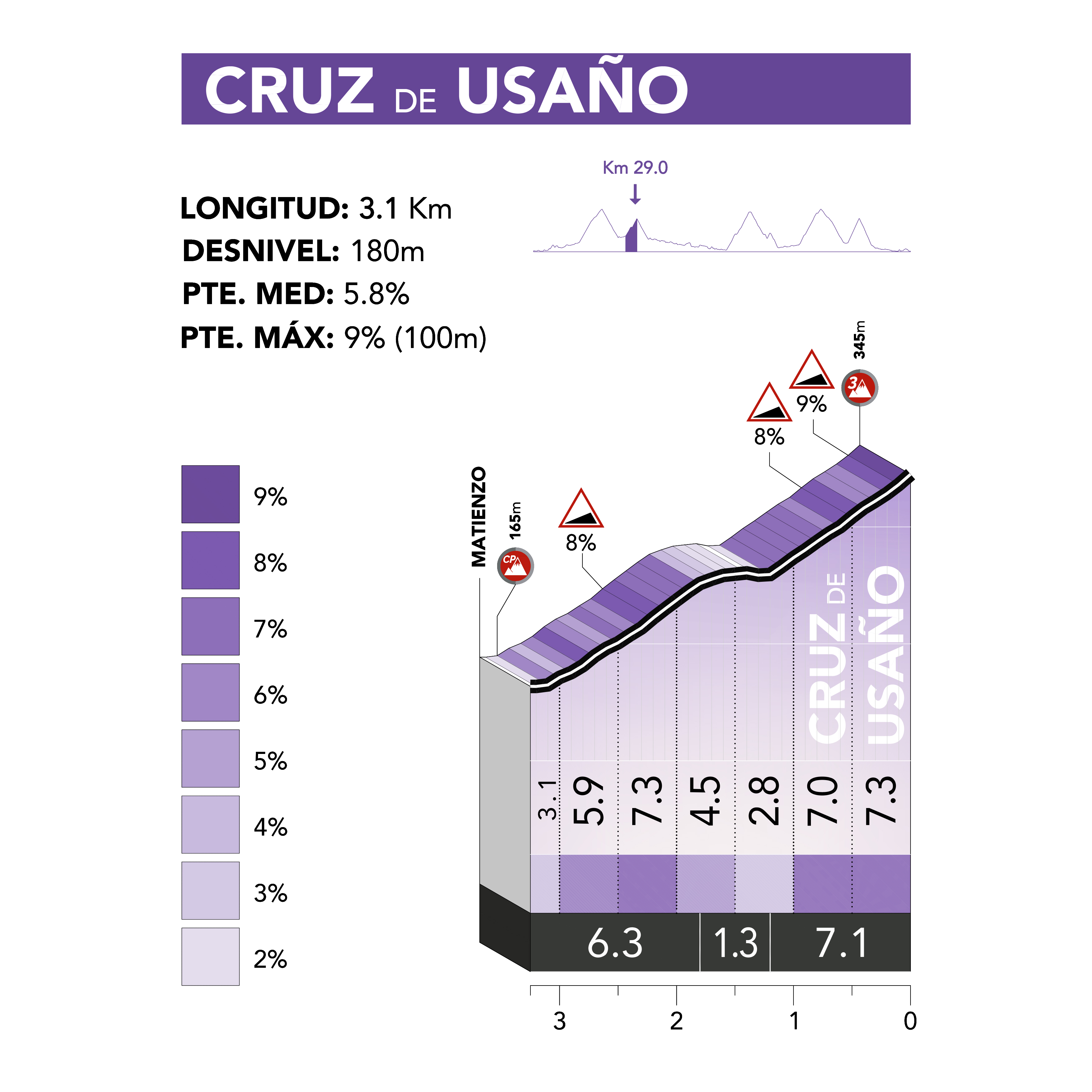 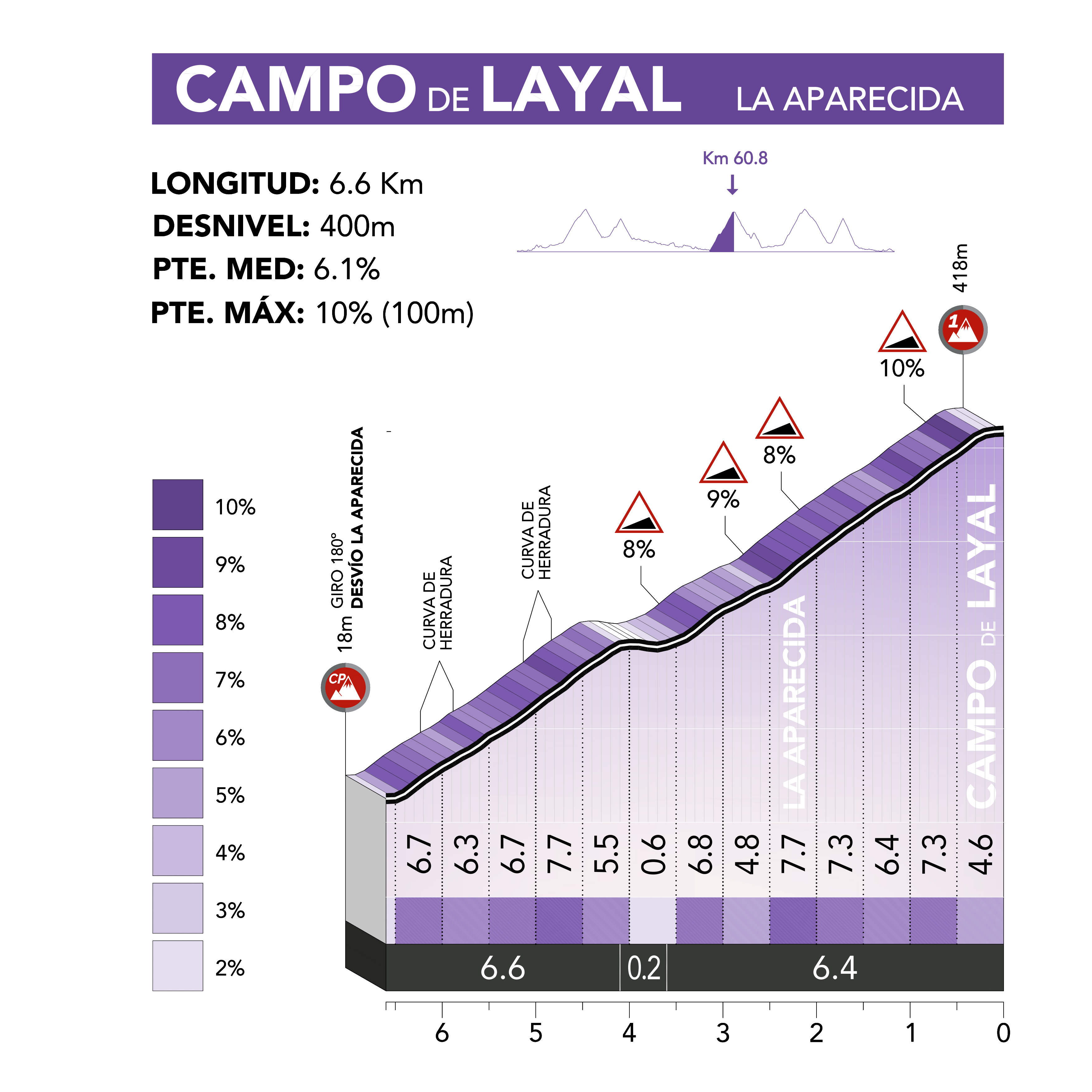 The fifth and final climb 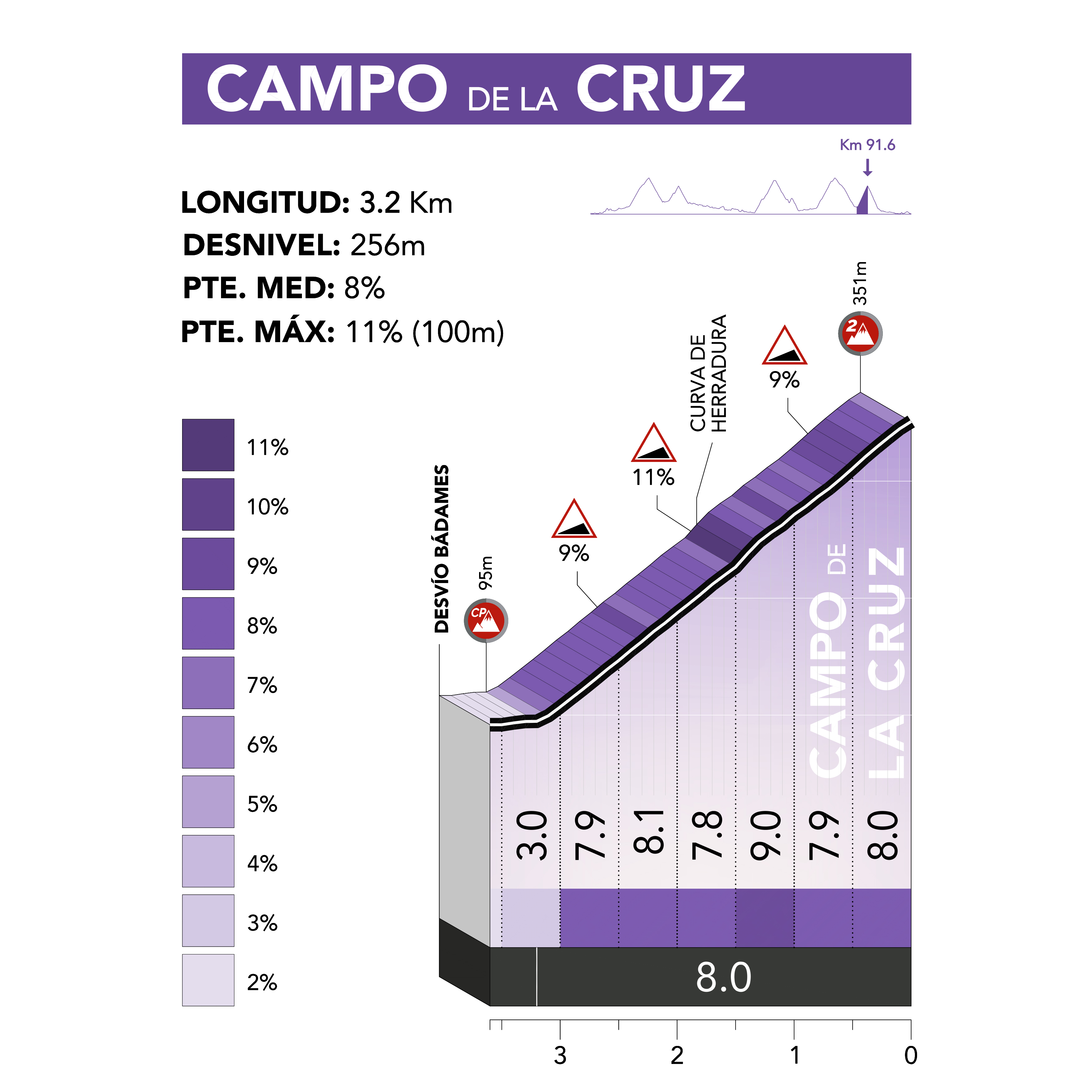 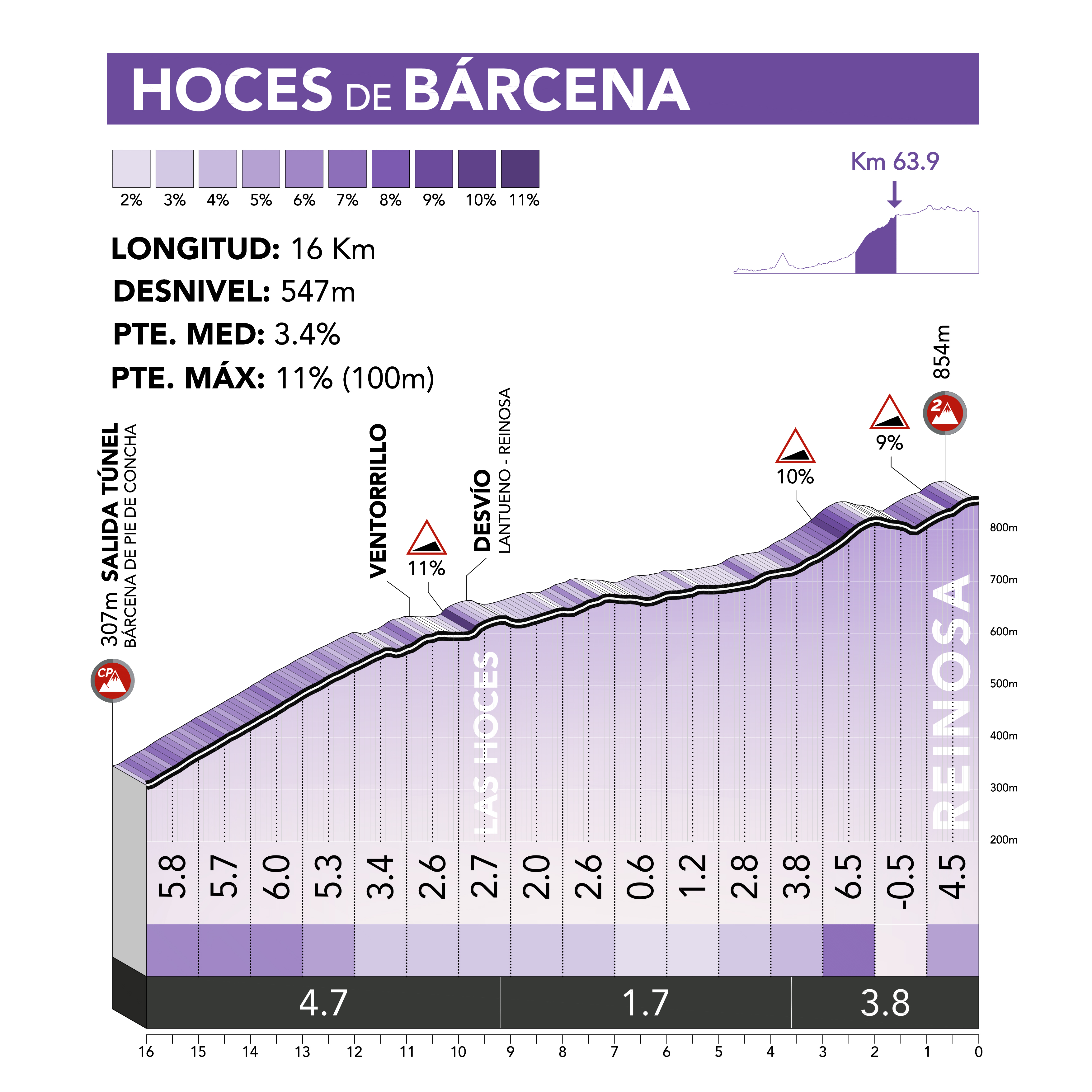 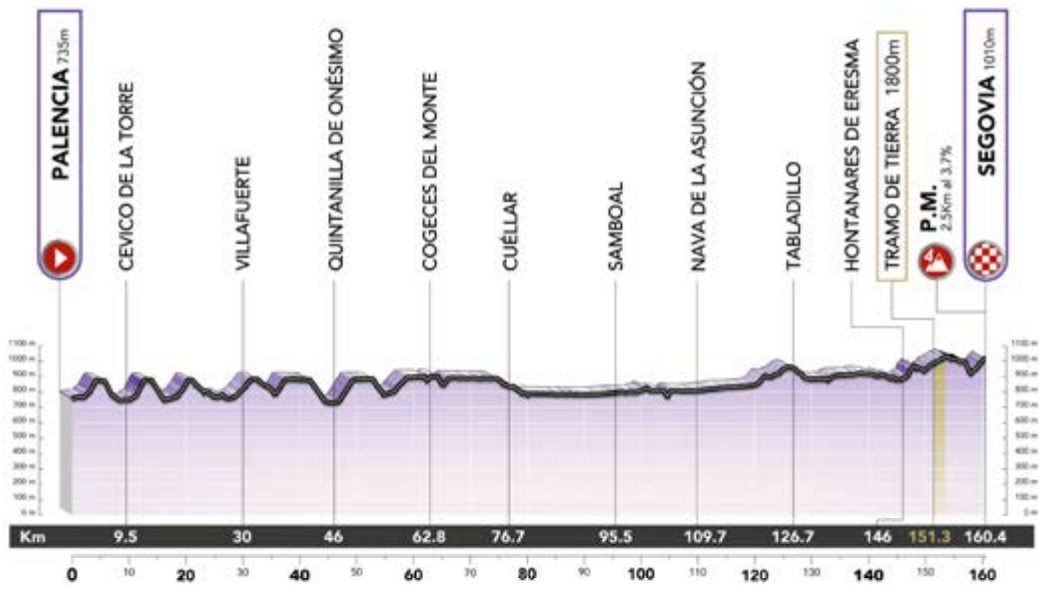 Here's the start order for the TTT:

Stages itself are fine but the order is quite bizarre to say the least.
Sad that Cavalli isn't here, how's her recovery going?

Wait, Unipublic are using really good profiles for the stages, climbs and final kilometres? Why not for the Vuelta itself?

Other than that, stage 2 looks really good but both the presence of a TTT (the WWT has more of those than ITTs which is awful) and the final two stages being really easy are disappointing.

Devil's Elbow said:
Wait, Unipublic are using really good profiles for the stages, climbs and final kilometres? Why not for the Vuelta itself?

Other than that, stage 2 looks really good but both the presence of a TTT (the WWT has more of those than ITTs which is awful) and the final two stages being really easy are disappointing.
Click to expand...

I wasn't a fan of the TTT either when it was first announced, but on the other hand it is a stage where Van Vleuten might lose time to some of the favourites, which probably wouldn't be the case in an ITT.

Stage 2 is obviously nicely designed, but yeah, if it kills the GC battle, the rest of the race could become a bit boring.


Unterlenkerfahrend said:
Stages itself are fine but the order is quite bizarre to say the least.
Sad that Cavalli isn't here, how's her recovery going?
Click to expand...

Her recovery is apaprently taking more time than expected, which is why she is not going to Wollongong. She first started riding on the road again four weeks ago, but she hasn't uploaded any rides to Strava since then. Hopefully it isn't as severe a concussion as the one Lizzy Banks has struggled with for the past 18 months.

Makes it much easier for people - such as, very importantly, le Moi - to actually watch.
Reactions: Sciatic

RedheadDane said:
I just want to praise the organisers for having stages after the men's stages, except for Sunday, when the men's stage is an evening stage.

Makes it much easier for people - such as, very importantly, le Moi - to actually watch.
Click to expand...

I thought you didn't speak French?

It's a bit weird if there really isn't an intermediate check point on this stage.

I know a few words. Not enough to communicate on French online fora.

RedheadDane said:
I know a few words. Not enough to communicate on French online fora.
Click to expand...

You only need to know the French word for goat and you'll be good to go.
Reactions: RedheadDane
Y

I suspect the winning time will be in the 23's - It seems like Movistar has kept the same team for each of the GT's, except for one change.

BEX didn't break the 23:30 barrier, but it could still be a winning performance.
Y

I suspect it's a top three time.

I thought Trek would lose time, but I expect they were closer to the finish than the 2.4 km which was displayed earlier.

Trek the champs. Gaps not bad for top 5. Movistar finished the 2nd half strong to limit losses (25 seconds).
Y

The big loser was Mavi Garcia of UAE.
Reactions: JosefK

yaco said:
The big loser was Mavi Garcia of UAE.
Click to expand...

What do we want? More ITTs and fewer TTTs in women's cycling!
When do we want it? Yesterday!

Both Anders Mielke and Marty thought EBC crossed the line first, but it was ELB with EB in fourth place.

Samu Cuenca said:
I thought Trek would lose time, but I expect they were closer to the finish than the 2.4 km which was displayed earlier.
Click to expand...

The distance on the screen seemed to be off, happened more than once. Don't think AVV lost enough time to make a difference. If she is on form, she will smash them all tomorrow
Reactions: Samu Cuenca
Y

AVV needs to smash them tomorrow because the terrain on stages 3 to 5 is not that difficult - I like Vollering for the GC.

I got back from a jog just in time to see Vleuty blow up the race with her trademark assassination uphill. Now the stage has become a time trial for the next 20 kilometers.
You must log in or register to reply here.
Share:
Facebook Twitter Reddit Tumblr WhatsApp Email Link