Best Classics of the 21st Century

As far as "what is a classic", just use your head. I'll say that Worlds does count, despite few people ever calling it a "classic".


I've only watched a ton of reviews of 00-06-ish classics, so the period between then and a few years ago is a big blank spot for me, however, in no particular order:


Lombardia 2018: You have to love classics which come down to a mano-a-mano fight between two great GC riders. Pinot exorcising his descending demons, and then dropping Bernal, Roglic and Nibali in succession made me weep blood when he dropped out of the 2019 Tour. Just a wonderful way to cap off a great year of one-day racing.

Paris-Roubaix 2004: The sprint was sort of a foregone conclusion, but the last 90 minutes or so was the type of frantic constantly-changing action you want to see every P-R. 2016 would be on the list for the same reason.

Gent-Wevelgem 2019: Having a ton of pre-race favorites from basically every non-Quick Step team make a crosswind split is a virtual guarantee for a great race. I don't think I laughed harder in any race last year than seeing WVA and MVDP's glorious attack up the Kemmelberg only to latch onto Kristoff who predictably sat on.

LBL 2003: I disliked the Ans route and I think we'll see some great racing on the more "traditional" route in the future - in any case, I'm glad the Ardennes Classics have decided to leave the strongman sprint finish to La Fleche Wallonne. That said, '03 is probably my favorite of the 20th century Ans races, and almost certainly Tyler Hamilton's finest hour.

2019 World Championsihps, Men's Elite RR: I love races with a constantly changing group up the front that never quite gets caught but instead gets more and more serious as more riders bridge. I loved seeing an uber-hyped Belgian team get every tactical move wrong (though what happened to Gilbert was a crying shame). I loved how miserable the conditions were. I loved Kung pulling some of the most genuine looking pain faces I've seen ever. I loved everything about this race.

I don't know about worst, but Flanders just after the route change had a few dire years, though they had improved it a bit by 2014 or so. A lot of the Kemmelberg Amstel races were awful compared to the prior parcours which was wonderfully unpredictable- I remember there being quite a few boring L-B-Ls with the Ans finish in recent years as well. There were a lot of bad Worlds- Copenhagen and Doha probably being the worst for different reasons.

A few off the top of my head would be the 2009 Worlds in Mendrisio, the 2016 Paris-Roubaix, the 2015 Gent-Wevelgem when Jürgen Roelandts ascended above the mortal realm, and possibly most of all Bettini's masterpiece in Lombardia 2006.

But compiling such a list is a little strange, because I definitely enjoy Flanders and Roubaix more than the other races, so it's not like I would pick Gent-Wevelgem's finest over the 10th best edition of Roubaix, for example. But there isn't much fun in just listing almost all editions of Roubaix and Flanders, so for those, I just picked the very best.

And Liège is never really good, so it didn't deserve to have an edition on the list.

I think generally the quality of one-day races has improved in the last few years, and I don't think I suffer from too much recency bias even though my list would suggest that (I have been watching classics regularly since 2007, Roubaix and WCRR from the early 2000's but I don't recall every detail in all editions of all monuments since then).

For me many Paris-Roubaix editions are going to be at the top of the list followed by many editions of Flanders then other races after those.

One of the most iconic PR editions i can remember, is from the 20st century. The one Andrei Tchmil won, with Museeuw chasing on a "womens bike". Think it was 1994. (It was).
Bianchi had made a "special edition" specifically for Museeuw and Paris Roubaix. With front and rear suspension. Museeuw frustratingly saw how Tchmil rode further and further away. 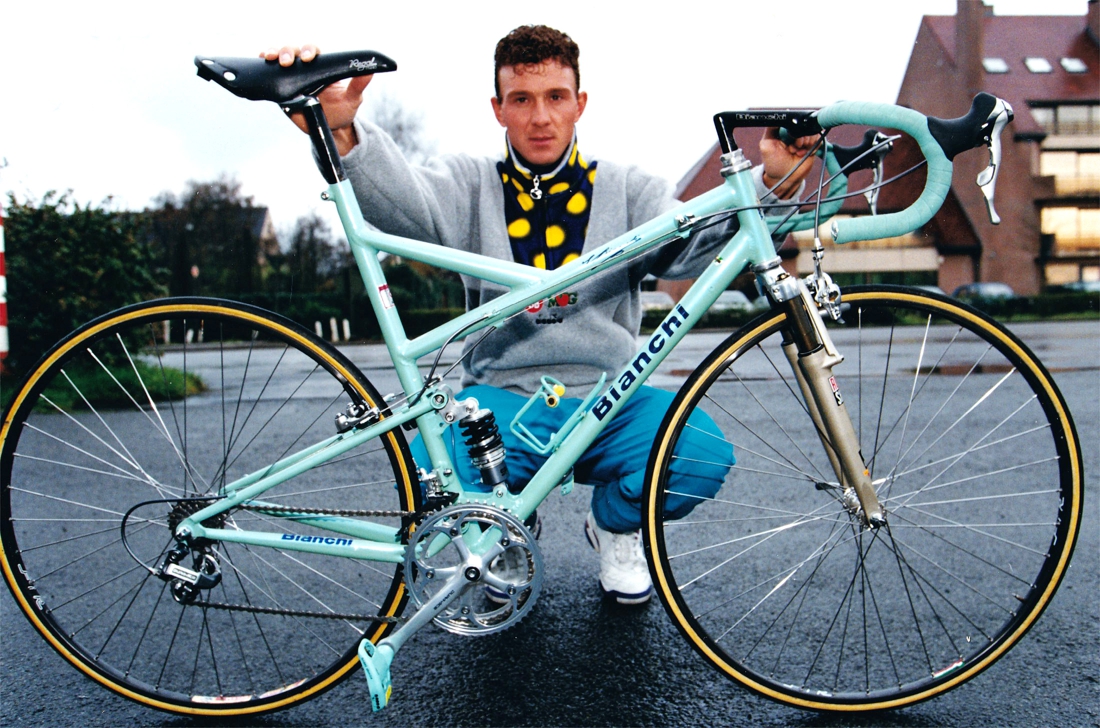 Can I report you for plagiarising?
Reactions: Blanco
B

Two of my personal favourites are Ronde 2011 and Lombardia 2018. There are obviously a lot of very good races to choose from, but those two were the ones I enjoyed the most.

Limiting myself to two or three editions of each monument, these are my favourites:

Oh, I forgot the Worlds. The best was 2013 (although I was clearly disappointed by the outcome).
B

People have already mentioned most of the best ones, but i think Giro di Lombardia 2016 was another good one (finish itno bergamo, 40km breakaway) and also the last three milano sanremos. Liege has been dire for years, but 2012 was interesting. Amstel the last couple of times has also been fantastic - the resurrection of Van der Poel!

I can't decide on my favourites. I am far from having seen everything. To my own surprise I'm inclined to end up with Paris-Roubaix 2016 as my favourite. Don't ask me why. I don't even like cobble riders

Why would we challenge that as a selection? It's already been nominated five times before you. There seems to be widespread consensus that 2016 Roubaix was a classic. As in the general meaning of the word, i.e. a classic edition of the race. Any edition of Roubaix is of course a classic in the cycling definition.
B

Yeah I think everyone sees the 2016 edition as maybe the best this decade, and immediately saw it as such after the race

Reading these lists, and watching reruns of older races on tv, it boggles my mind how much and how fast i forget stuff like this. But there are some races i will never forget. I already mentioned the '94 Paris Roubaix. In the same vein, i remember the WCC in 1988 in Ronse, where Criquelion was about to become worldchampion for the second time... if it wasn't for f*ing Steve Bauer. But all that's last century.

One i haven't forgotten yet, and likely never will, was last year's Classica San Sebastian. First WT race in his life, as the youngest in the peloton at 19, chasing back on the penultimate climb after a mechanical while the domestiques of the big favorite are going full throttle, bridging, then bringing some bottles to the front of the peloton for his teammates, and 5 minutes later... poof. But the most impressive stuff was extending the lead with 5 Movi/Astana guys leading the peloton and still having enough in the tank to stay away on the climb. He had some help from Skuijns, in the first few kilometers, but it didn't last long before he sat on the wheel most of the time.

I also remember a section where Cancellara attacked right before he took a lefthander took a few meters on Boonen, who was in his wheel... and Boonen never was able to close that gap again, not even while sprinting. Cancellara still pedalling away. I'd assume that was in E3 2010 looking at the results, but i can't remember anything else from that race. Cancellara could have these moments as well, where it was difficult to believe what you were seeing.

MSR 2018, for 100% subjective reasons. Iirc it was actually abysmal until Nibali attacked
Ronde 2017, again I would have like this a lot less if I hadn't rooted for Gilbert
PR 2016, or so I've heard
LBL Genuinely don't think I've seen a really good edition of that race. I've watched 2009 a number of times on YT though, so that's my pick
Lombardia 2015, Nibali's downhill attack is iconic, 2016 and 2018 come close though
Worlds 2019, really loved that absolute bonkers race of attrition.

Also shout out to the 2016 Olympics. That was one of the best races I have ever watched.
F

Everyone writes Roubaix 2016 but for me that is one of the most painful memories. Boonen was actually in decent position to win his 5th edition but was boxed in by stupid Vanmarcke and Stannard so he could not really launch his sprint properly until the last second and lost to freaking Hayman. Without these two interfering Boonen would have probably won and I too would think of this edition as a great one
Yeah, it was his own fault to ride at the bottom and to let himself get boxed in but it is easier for me to cope with when I can put the blame on others.
F