Page 2 - Get up to date with the latest news, scores & standings from the Cycling News Community.
Sidebar Sidebar
Previous Next
J

Great performance today! Pascal! That being said, when your body is banged up you have to be patient.

It's mathematically impossible for Demare to reach him?

I believe so unless Ackermann DNF's. FDJ screwed the pouch but Ackermann deserves it.


RedheadDane said:
It's mathematically impossible for Demare to reach him?
Click to expand... 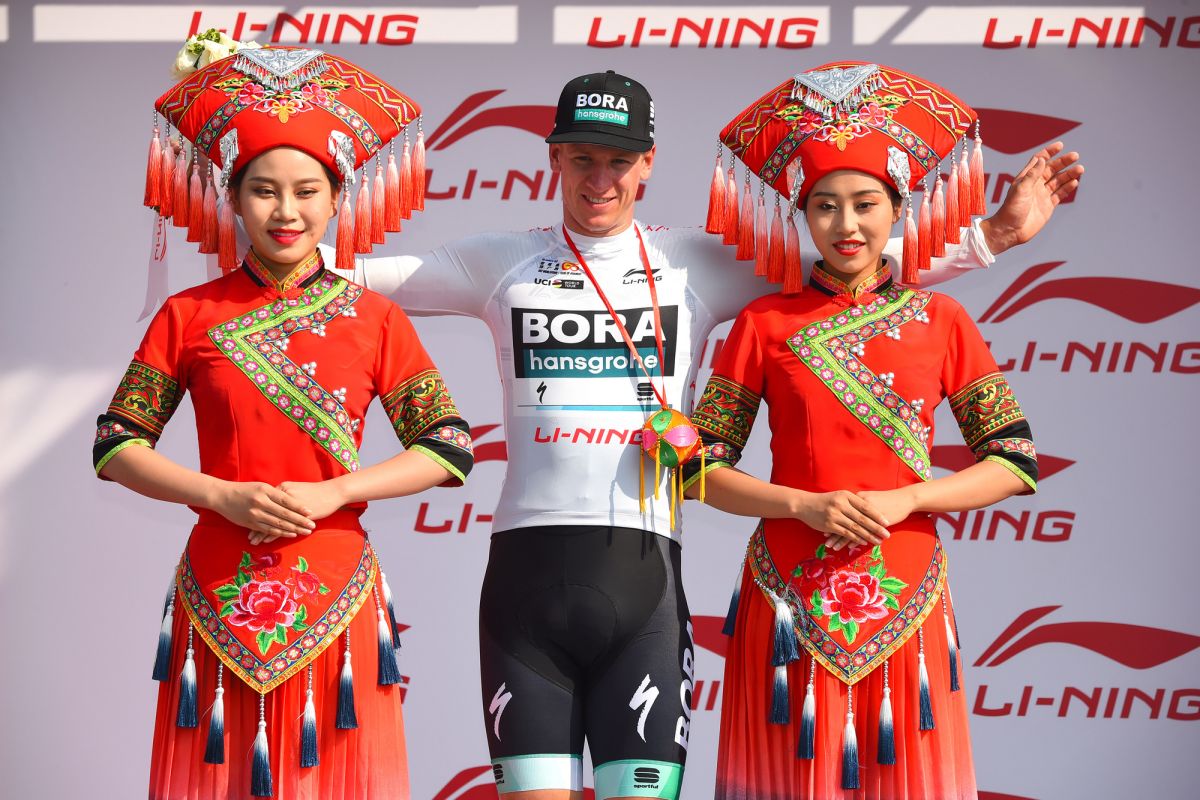 Pascal Ackermann: I'm still not one of the best sprinters in the world

That's very modest and not exactly true. Along with Groenewegen, Ewan, Bennett and Viviani he's among the current Top 5 of the world's best sprinters for me. Today showed why: nearly all other pure sprinters either didn't make the group over the final KOM at all or were barely able to contest the sprint. Ackermann was there. He again made the mistake of going a bit too early, but that was still enough to win comfortably. With two more sprint stages to go he could extend his 2019 win tally to 14 which would put him in second position behind Groenewegen. Groenewegen however had only 4 WT wins among his 15 pro wins this year and several others in minor .1 races, while Ackermann had 6 WT wins and the rest (apart from the Gooikse Pijl) all in HC races.
Z

False modesty. He knows that he’s in the very top group of sprinters. He’d have to be a complete idiot to think otherwise.

Yeah, my thoughts too "I'm inclined to disagree with that statement..."

(Bit confused about the bit about "where he'll end up next year.")
F

I think he wants to be a sprinter who wins MSR and perhaps other classics.
Reactions: Sandisfan

Pascal Ackermann: I'm still not one of the best sprinters in the world

That's very modest and not exactly true. Along with Groenewegen, Ewan, Bennett and Viviani he's among the current Top 5 of the world's best sprinters for me.
Click to expand...

I agree with you but I'd add a healthy Gaviria as he's every bit as good as those other guys, he just needs to stop crashing.
F

The one and only
Reactions: Sandisfan
E

Even in his vacations he is pedalling..

How do we define the best sprinter? As in the rider with the highest top speed as in Kittel or currently Groenewegen.

Or as a more multi-faceted sprinter who can win tougher classics and somewhat harder stages like Viviani or Ackermann?

Hmm, he has announced today that he will also do the Giro alongside Sagan next year but not the Tour.

I wonder how they will play that.
Z

tobydawq said:
Hmm, he has announced today that he will also do the Giro alongside Sagan next year but not the Tour.

I wonder how they will play that.
Click to expand...

Weird. I can only really explain it by assuming that the sponsors want Sagan to win green at the Tour again more than they want Ackermann sprint stages and Sagan stage hunting. I assumed with Sagan having the record and doing a Giro-Tour for the first time that he was finished with green and would instead be riding as an attacker.

I really wanted to see all of the big 5 (or 6 if Gaviria gets his act together) sprinters at the Tour, but Sagan remains the team’s meal ticket. So we will be at least one short and it’s not entirely clear that Groenewegen will be there either. Presumably we can bank on Bennett, Viviani and Ewan riding the Tour. (Also it means probably that we won’t see Ackermann v Bennett at a GT).

Ackermann says it's because there are no sprint stages in the Tour. Yeah, right.

It's a shame we don't get to see him in the Tour for another year.

If you're young or know a kid:

Ackermann will not ride the giro as planned. Instead he will ride the vuelta with his sprint train.

Ackermann will not ride the giro as planned. Instead he will ride the vuelta with his sprint train.

Makes sence not to have him and Sagan both ride the Giro. With Sagan sacrificing the classics to ride the Giro it only makes sence that he aims also for the points competiton in the Giro and that would have been difficult if Ackermann were there. But now if Ackermann can perhaps win it at the Vuelta, the team might win all 3 GT pointsjerseys this year.

Yes, for the team it might be a good thing. But somehow it feels like Ackermann is pushed back once more. Imagine Bennett would still be there, I wonder how that would play out.
F

But Ackermann won't leave the team like Bennett. He will stay and he will ride the Tour next year. Really not the best program for Ackermann, but he can win a lot of races this year if he is in shape.

He needed that win today. Should give him a nice boost of confidence after some near misses in the last weeks.
Reactions: Sandisfan and Faserr
Z

This guy could have a very strange season. He’s doing pretty well and looking very fast. He has six wins already. But it’s entirely possible that he doesn’t get to race anything more prestigious than Tirreno-Adriatico. Or at least nothing he would be considered a contender for, unless he shows a very surprising cobbled classic level or something.

Not picked for Tour, Giro, Milan San Remo, no WCRR for obvious parcours reasons. Those are the four most prestigious things for a sprinter. Whether the Vuelta goes ahead is far from clear. If it doesn’t, he will have a year of small races. And I don’t think there are too many smaller stage races left for him to ride after Binckbank. He will win some there though as I think all of the other high level sprinters won’t be there.

I don’t know how much it will really matter for a sprinter to do no GT for a year. But if I had his speed and had to waste a year on small races I’d be quite frustrated.