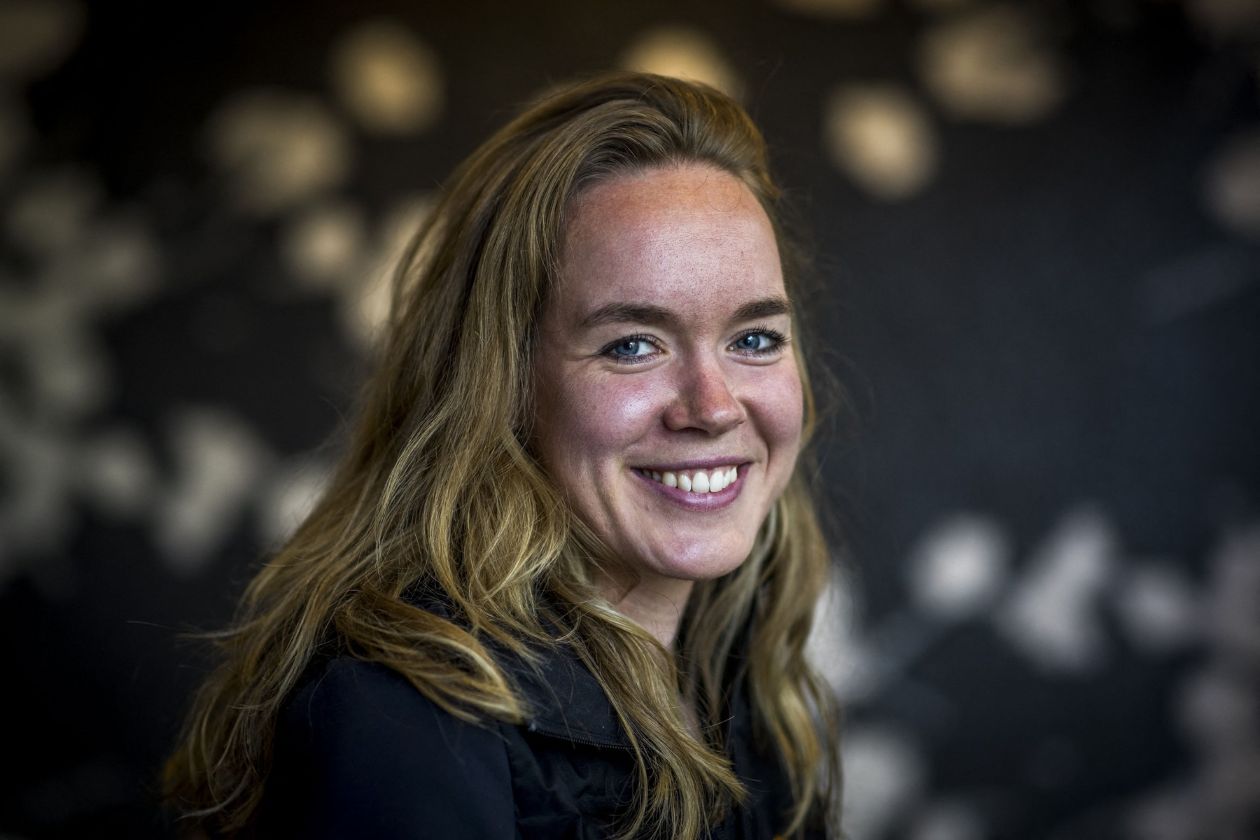 Anna van der Breggen, who has just turned 30, has announced her retirement. After the Tokyo Olympics next year, where she will still try to defend her title, she will be a team leader/ coach for Boels Dolmans.

I know close to nothing about women's cycling, but van der Breggen is a rider I really like and I was surprised she did not have her own thread. So here it is, so that we can talk about the remaining months of her career.

It is a little sad that she obviously does not feel the motivation to go on longer as an athlete. I think it says a bit about women's cycling in general, where maybe there is not enough of a reward for your sacrifices.
Last edited: Sep 7, 2021
Reactions: jmdirt, gregrowlerson and Kaptain Kool
S

Sorry to hear that. I’m hoping she can nab the inaugural Paris-Roubaix title, though I don’t know how well she is suited to the cobbles (obviously enough power to perform there.)

Potentially, but what's also worth noting with Anna is, what is there left for her to win? She's won the Giro twice. She's won the World Championships, the Olympic gold, de Ronde, Omloop, La Course, Strade Bianche, all of the Ardennes classics including a very definitive number of victories to make her the Queen of Huy and the WWT overall. Of the really elite races there's only really the World ITT title that eludes her, and presumably one more go at the Olympic ITT. She's one of those straddling the generations where the WWT was set up, and unlike, say, Longo Borghini and van Vleuten, there isn't as much unfinished business for her.

In quite a lot of endurance sports you find women retiring on average at a younger age, but they often seem to break out at a younger age too. Possibly family concerns play a role in that, and also especially in cycling the smaller field and range of competitions there are to win will be a factor as well. I think it seems more like European riders tend to retire or scale back to part time younger too in the women's péloton, because quite often the women will ride alongside studies and things like that (and sometimes be lost to those studies, like Christiane Söder, who was offered an academic post that paid better than racing, and Eleonora Patuzzo, a climbing talent who beat van der Breggen at the junior Worlds but was retired by 23), so often the North American riders that make it will come over at an older age, having completed their studies etc. in the US/Canada before coming over. Megan Guarnier came over to Europe at 27, for example, and Evelyn Stevens and Katie Hall are both late starters.

As a comparison, Emma Johansson retired at 33, Nicole Cooke at 29, Emma Pooley at 32 (then a comeback a year later), Nicole Brändli at 30 (and then a comeback seven years later (!)), Claudia Lichtenberg at 32 (well, she would have been 33 before the next season started), Mara Abbott at 30 (would have been 31 likewise). A lot of these were riders who had great success from a relatively young age. Several tailed away as their career continued. Pooley is a bit of an outlier there as she was a relatively late bloomer. Anna van der Breggen has been one of the absolute top names in the sport for 8 years now - including two with the much smaller Sengers team. She will be leaving the sport in a much better place than it was when she entered it, and I'm sure all of the puncheuses are thinking "thank Christ" (except maybe Shapiro of course) because now it means that from 2022 onward they have a chance at La Flèche Wallonne.

I'm not going to pretend that somebody with the name value of Anna, one of the few women's cycling names with enough of a universally-recognised palmarès to hold name recognition with casual fans, retiring at a relatively young age is not going to be a bad thing for the sport. Especially as Boels' hegemony seems to be a bit less total than a few years ago and we could have had some great battles. But she's given us some great moments to remember, both in victory and defeat.

And of course, her reign of terror as the Queen of Huy would be all the more impressive if ASO had given us the chance to see it.
Reactions: Fuente De, Red Rick, hayneplane and 4 others

Libertine Seguros said:
And of course, her reign of terror as the Queen of Huy would be all the more impressive if ASO had given us the chance to see it.
Click to expand...

We still have two more chances for that. Or... maybe they just think it's too terrifying to see.

It's one of those cases where I just kind of assumed that "of course she's been Dutch champion a couple of times."
Reactions: Breezy1985

She put the cherry on top of her incredible palmarès .

I also had assumed she's already won the Dutch championship. Similar to 2018 when she finally won the Worlds, I hadn't realized she hadn't won that yet either.
Y

It's harder to win the Dutch Championship then the World's Championship - Van der Breggen having numbers to support her in the race.
Reactions: Fuente De

Why didn't she have a nat champ jersey for GP de Plouay, though? She's on a Dutch team, you'd think they'd be quite quick with designing a Dutch jersey.
D

She knows how to ride a bike
Well, staying on the bike is a skill and she won three major races by doing just that
She will be remembered as the ultimate ninja
Y

DanielSong39 said:
She knows how to ride a bike
Well, staying on the bike is a skill and she won three major races by doing just that
She will be remembered as the ultimate ninja
Click to expand...

Add the 2017 Giro when somehow AVV's team lost 2 minutes in a flat stage when she was leading by 1 minute and 20 sec - For such a dominant rider it's outstanding how lucky she has been at times.

yaco said:
Add the 2017 Giro when somehow AVV's team lost 2 minutes in a flat stage when she was leading by 1 minute and 20 sec - For such a dominant rider it's outstanding how lucky she has been at times.
Click to expand...

I don't remember her ever having any crashes in a big race where as her rivals have had some big ones. There has to be skill as well as luck involved.

Or some dark arts. Maybe she is a female shark
Reactions: BlueRoads

Breezy1985 said:
I don't remember her ever having any crashes in a big race where as her rivals have had some big ones. There has to be skill as well as luck involved.

Or some dark arts. Maybe she is a female shark
Click to expand...

Only if she had her big share of terrible luck which conveniently gets ignored.

She was the worst affected in the Rabobank demolition derby in Ponferrada, though. And manoeuvring yourself into the position where if anything happens you are the one to profit is a skill in and of itself. Arnd Peiffer is a World and Olympic champion specifically because of that ability.
Reactions: Fuente De

What an amazing final year for Anna! A bit of luck involved, but also so much strength.
Reactions: gregrowlerson

Anna was great today, physically as well as in her behaviour. She gave her heart today for Vollering. She will keep on being so good for women's cycling, I'm sure!
Reactions: Samu Cuenca

Needs a one day return for La Flèche Wallonne 2022. Otherwise how can the torch be passed?

Libertine Seguros said:
Needs a one day return for La Flèche Wallonne 2022. Otherwise how can the torch be passed?
Click to expand...

And then she wins again even when she tried not to and just goes "*** I have to come back again next year?
Y

It was a no-brainer for AVB to control the last 10kms as Vollering was by far the fastest sprinter - Reports stating that AVB gifted her the win are false - The team played to it's strength.

Now Tadej, look, this is what real dominance looks like: 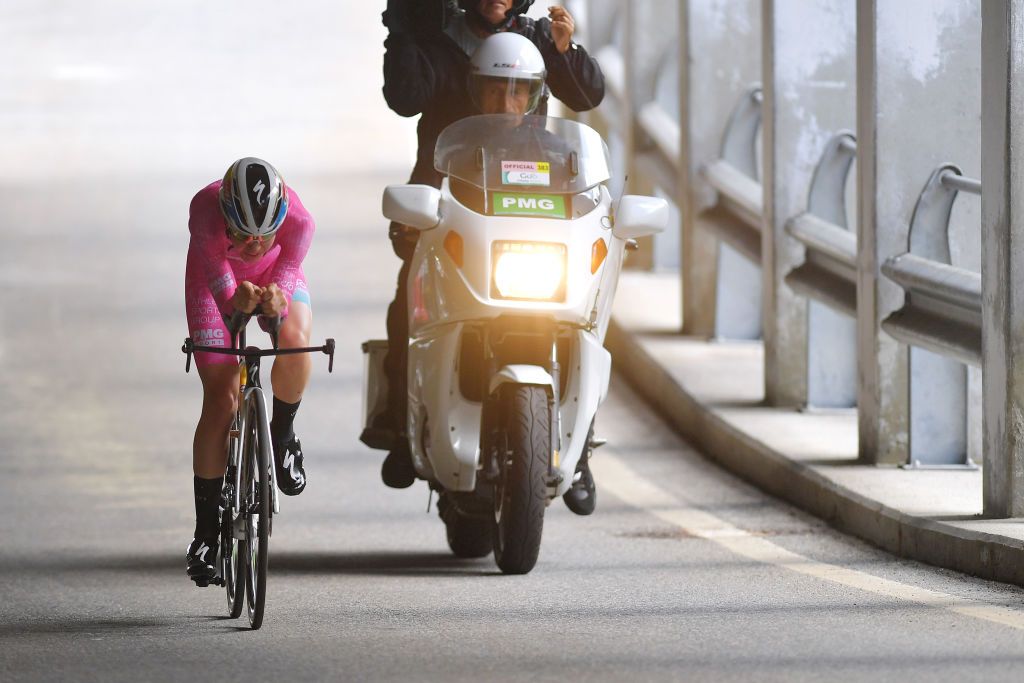