Page 61 - Get up to date with the latest news, scores & standings from the Cycling News Community.
Sidebar Sidebar
Previous Next
A

A bar in my neighborhood has a "man bun special: bottle of liquor to anyone who cuts it off on the spot.
U

Liked the write up on Brooklyn bar that got backlash after serving drinks covered by paper bags and making questionable claims about bullet holes in the wall and previous history that bars was a gun sale extravaganza...get off the F train and get your PBR or get it after a short walk from Franklin..
My favorite Prospect Heights bar is across from the police station and just to have that hipster edge..it used to be a laundromat..now that is cool..
Went to a place on @30th@ El Cajon Blvd in San Diego.. they don't take cash..had to use a card..? Legal? I don't know but...
No PBR offered on Cannery Row on the bike line up night.. Anchor Steam still has some decent products..
I love good beer

To Øl, Liquorice Confidence, Imperial Stout brewed w/liquorice and chili peppers, 14%. If you don't like no european licorice and want chocolate in your stout, this may not be for you.


aphronesis said:
A bar in my neighborhood has a "man bun special: bottle of liquor to anyone who cuts it off on the spot.
Click to expand... 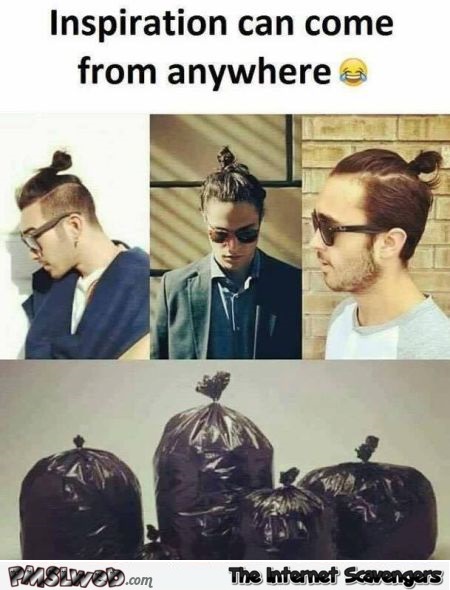 This, too, is brilliand on a warm day; 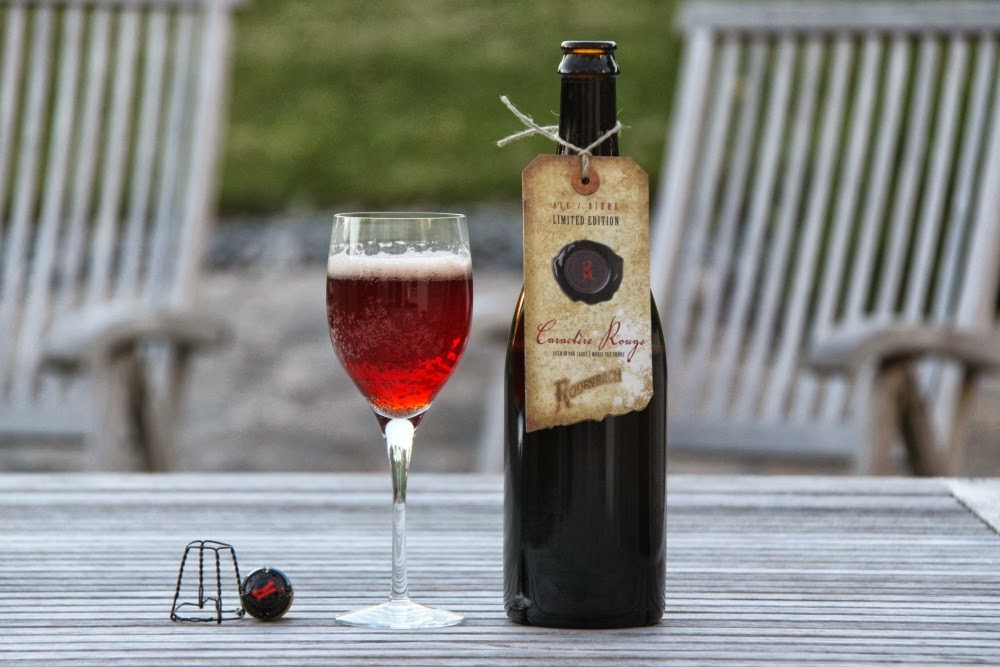 Light on the oak, cherries and cranberries, soft on the 'pucker.' The best Flemish Red I've had.
J

aphronesis said:
A bar in my neighborhood has a "man bun special: bottle of liquor to anyone who cuts it off on the spot.
Click to expand...

This, too, is brilliand on a warm day;

Light on the oak, cherries and cranberries, soft on the 'pucker.' The best Flemish Red I've had.
Click to expand...

OK, its not beer, but I went here for a fundraiser tonight, and there was some really tasty stuff!
http://www.meriwethercider.com/home

The pub at my local football team has been taken over by a local brewery, Sadlers. Tried a couple of their ales already and very impressed. This is my favourite;

Not buying it. You're out there keg standing with a party ball maybe. Some of that warm Molson swill.
A

The kidz might say this one's a bit "hot" still. Vanilla comes through on the nose and first few sips. If you find a place serving this in pint glasses, bewary of your neighbors. It's probably best to sit on a few bottles.
A

With the beer market following the holiday industry, it's apparently that time of year already, so

To Øl, "Mine is bigger than yours", barleywine with flaked oats and candi sugar. A tawny port sort of barleywine in nose color and body. A bit heavy at the end, but smooth nose and mouthfeel. 12.5%

Loverbeer, Pruss Perdu, Sour ale brewed with bure roca pears from piedmont barrel aged for 12 months; 2 months on fruit. Incredibly balanced: tart nose (flowers and sharp wood) and on the tongue, but the body is clean not astringent, finishes with the pears.

It's awesome but need to find a uk supplier.
A

Had this last week

It's only the second or third "archaeological" beer I've had. It was nice, but I wouldn't want too much. Yours sounds like a more contemporary working. And hops.

As far as I'm aware it's contemporary. Apparently a local guy teaming up with an experienced German producer with the aim of making a beer that captures the flavours of Lebanon. I thought it was brilliant but then I was drinking it while sat on a balcony in 30C/86F evening sunshine watching the sun set over Beirut. It might be a bit different in 7C/45F Glasgow...

Those "archaeological" beers sound interesting, not something I've heard of before. Will have to look into it.
A

The Mediterranean/Levant can have that effect at sundown.
A

Like most people of standards I dislike pumpkin beer and its role in the branded seasonal craze. Sure, one or two was nice when they were arcane niche things, but beer is beer, coffee is coffee.

That said Cigar City, "Good Gourd" (Imperial pumpkin ale 9.8% I think.) is worth having.

Yeah spices, but it tastes like gourd. Instead of an ale coated with ersatz pie flavorings this has a squash backbone rather than malt which keeps that crap muted. Try it if you see it.

But whatever - I'm just here because they tossed us out of our fave bar just now.

But whatever - I'm just here because they tossed us out of our fave bar just now.

I've had a few of those. Have you tried Sierra Nevada Torpedo?
http://www.sierranevada.com/beer/year-round/torpedo-extra-ipa
Pretty smooth for 65 IBU.
M

Oktoberfest is a time honored tradition celebrating the marriage of Bavarian Princess Therese von Sachsen-Hildburghausen and Crown Prince Ludwig in October of 1810 — and beer, of course.

Since the publication of our first issue in 1845, Scientific American has been steeped in all things beer, from recipes and the chemistry of brewing to technology and the tools of the trade. With an All Access subscription, you’ll be able to tap into these fascinating stories and many others about one of the world’s most cherished beverages.

• January 1860: The Process of Beer-Making - Mechanical, Chemical, Microscopic
• November 1862: The Hop in England and America
• November 1886: The Science of Drinking
• December 1875: The Preservation of Hops
• February 1881: Barrel Machinery
• August 1892: Enormous Production of Beer
• June 1904: Malting and Brewing Conducted on Scientific Principles
• November 1929: The Outlawed Industry ‘Comes Back’
• June 1933: How Beer is Brewed
• December 1981: Reflections on the Rising Bubbles in a Bottle of Beer
• August 1996: The Mystery of Lambic Beer
• April 2007: Mathematics Point the Way to a Perfect Head of Beer
• August 2015: Scientists Make the First New Lager Yeasts in Centuries
A

Fascinating. Although beer did predate the codification of American "science" and the early high industrial period.

froze said:
I only drink dark, called stout beer, I don't like ale, or lager, or pilsner, or pale ale (the last three are the absolute worse, it's like drinking urine!).

My favorite beer brands (from what I can recall) is Russian Imperial Stout (my favorite), Guinness Foreign Extra Stout, Murphy's Irish Stout, Modelo Negra, New Castle Dark, Watneys dark, black IPA, Goose Island Bourbon County Stout, Goose Island BCBS Coffee Stout, that's about all I can remember, I have a list of others I've never had but would like to try but where I live or been too it's highly unlikely I'll find them since so far I haven't found them. I've tried milk stouts but didn't care for those.
Click to expand...

Every time I hear or read that, I wonder if they really know! :lol:

Just FYI: Stout (porter) are Ale (top fermenting). Lager (Pilsner) (bottom fermenting). So if you only drink stout beers, you drink ales. In the USA lager is too commonly associated with Butweiser and Coors which likely fit the description you gave!
Click to expand...

I'm sorry, were all or any of the beers I mentioned made by Budweiser or Coors, or even Busch which you left out?

I should have been more specific and just said color, my bad, but I can stand any beer that is lighter than dark brown.
Click to expand...

Bud and Bush are the same company. I don't think that you listed any made by B or C.

Nope, never heard of the brand. I live in NE Fort Wayne and it's difficult to find a lot of the dark stuff here; there is some local stuff but not dark and not very good, but of course I only like dark so anything less than dark that I've ever tried taste nasty; note, I said that I have tried, obviously I haven't tried all the beers in the world there may be something pale that might taste good, I just haven't found it yet.

Look, before you hack me apart I am not a beer connoisseur, I don't sniff it, I don't analyze how it sets on my palate, I don't care about it's texture, or worry about how the head is. I simply go into a restaurant either in this country, or if i happen to be in some other country, and ask what their darkest beer is, and they may bring a sample, I've tried samples that were less than dark and had to pass, but I don't care about the brand as much as I care about the beer being dark, I'll try any brand in that regard, but most of my time I spend in Fort Wayne Indiana which isn't very diverse when it comes to different beers unless you like those flowery beers. I'm not big on having beer at home because I don't drink that much, I have maybe one beer once a month sometimes twice if I'm in a restaurant that I know has a beer that I like, and I never drink more than one glass. I actually prefer my beer a bit on the warmer side vs cold, because cold will mask true flavors in a beer, in fact cold will mask flavors of any drink including just plain water. I also don't drink any other type of alcoholic beverages, just dark beer. So I don't know what company owns who, and frankly, my dear, I don't give a damn, all I give a damn about is whether the beer is dark! LOL!

But if I should ever run into Crooked Fence Brewing beer I will, as I do whenever a new (to me) dark beer is available, I'll try it. Here in Fort Wayne the dark beer selection is rather limited, even at a large liquor store you can't find much, some of those ones I mentioned earlier were either in a different country or was in California where I use to live, I was shocked to find Russian Imperial Stout here, and in a pizza restaurant of all places, not even pubs here carry that, yeah I've been to pubs and walked out because they didn't have anything dark, a pub!...that's small town midwest America for you.
Click to expand...

I meant to reply to this and never did. I'm not a beer expert either, just an amateur drinker! I usually have a beer or two a week.

To test the temperature idea: I tasted one from the fridge, one at room temp, and one that had been in the freezer for 10 minutes (fridge to freezer). I preferred the one from the fridge. Of course a different style beer might have different results (this was a Belgium Amber).
A