The 6th stage of the Critérium du Dauphiné is a demanding test of 229 kilometres. The hilly route serves eight ascents, all crammed together inside the last 150 kilometres. The final climb is the Col de Beaune before a technical descent into Saint-Michel-de-Maurienne.

Three years ago the 1st stage of the Critérium du Dauphiné finished in Saint-Vulbas with Nacer Bouhanni taking the flowers. This time the riders leave the village for 80 kilometres on predominantly flat roads before the Col de la Chambotte appears. The climb is the first in a series of eight and it is not the easiest: 5 kilometres at 7.8%. Following the downhill the route continues to climb in a more rolling fashion. Actually, the Côte de Lachat (2.9 kilometres at 4.7%) is the first part of a 35 kilometres long climb at shallow gradients to an altitude of 969 metres. Col du Frêne – 2.2 kilometres at 5.1% – is the last part of it before the ridders reach the summit at kilometre 131.5.

A sharp descent to approximately 250 metres and it all starts again. Gradually, the route climbs to the highest point of the day, Col de Beaune. Actually, the section between kilometre 140 and the foot of the Col de Beaune at kilometre 212.5 is a extended false flat with four climbs standing out: Côte de Châteauneuf (1.4 kilometres at 6.6%), Côte d’Aiton (1.3 kilometres at 8%), Côte de Saint-Georges d’Hurtières (4.9 kilometres at 5.9%), and Côte de Bochet (1.6 kilometres at 7.4%).

The Bochet is crested 8 kilometres before the riders enter a final lap of 16.5 kilometres. Roughly half of it is the ascent of the Col de Beaune – 8.1 kilometres at 6% – and the other half is a tricky descent to the line in Saint-Michel-de-Maurienne. Breakneck speeds in the finale, that’s for sure, while the last 500 metres are flat. 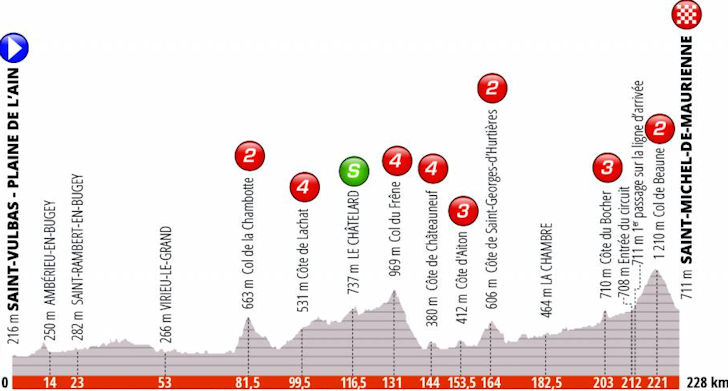 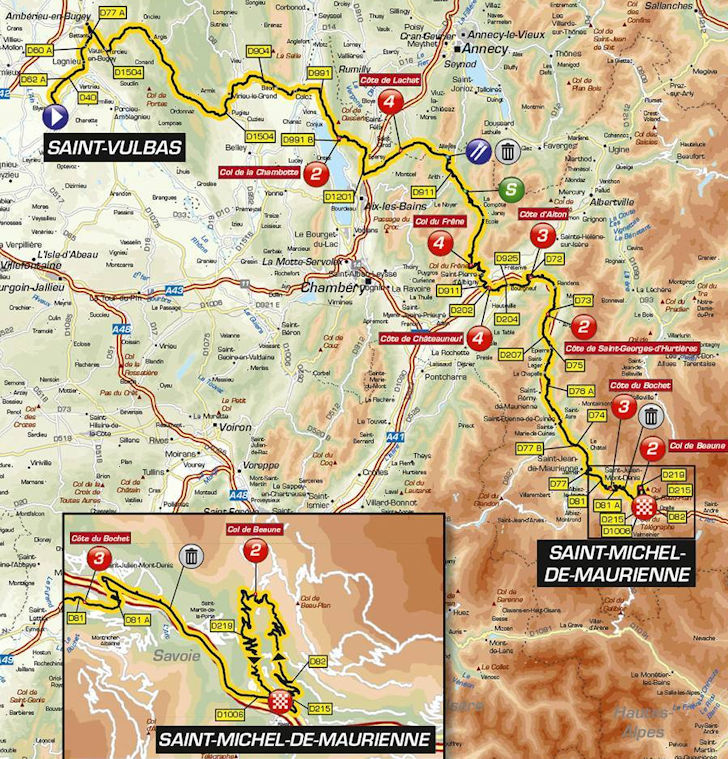 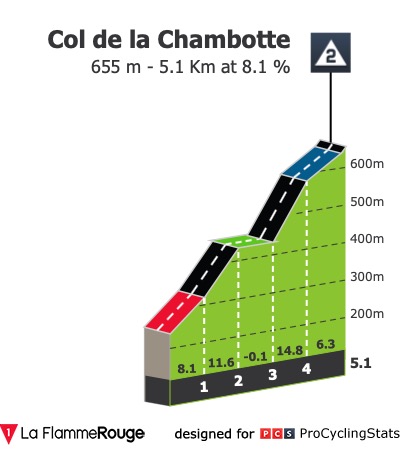 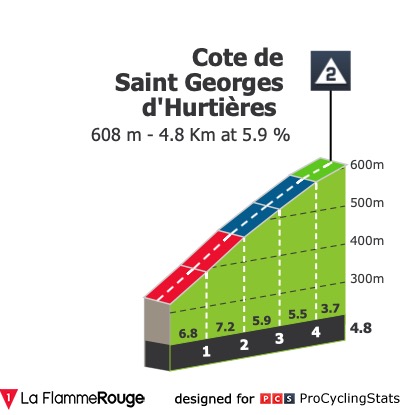 Last climb of the day - 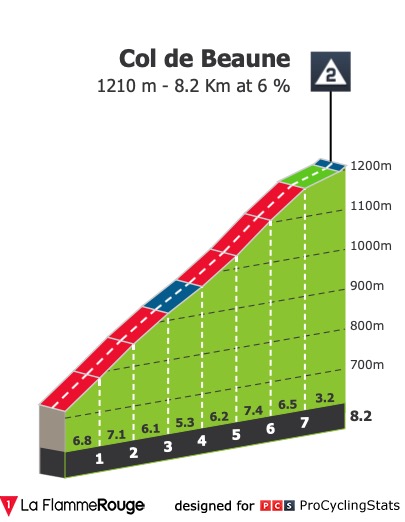 The Dauphiné moves into more demanding terrain on Friday, with stage 6 bringing the race over the category 2 ascent of the Col de Beaune before a rapid descent to the finish in Saint-Jean-de-Maurienne.

“I don’t know much about tomorrow’s finale in particular. The downhill at the end could be decisive but it’s not worth risking your life for gaining ten seconds,” Yates said.
Click to expand...

"Refocusing after that was not an easy task. I was thinking about it last night and I'm still replaying it in my head. It's very, very unpleasant."
Click to expand...

WVA should go in the break tomorrow.
D

Van Aert again? Oh, why not.

My real pick is Alaphilippe.

Why not pick Van Aert for this one as well?

Seems like a great stage for Yates and Alaphilippe.
M

Probably be a bit of GC action on the final climb though the the following stages will be the decisive ones. Looks like a stage for an opportunist, someone who likes to attacks descents. Maybe too much climbing in the second half for the break to succeed.

Expect Lambrecht in the white jersey tomorrow. And Gaudu the day after tomorrow. Yes, that means i think van Aert will not win tomorrow.
D

If Van Aert actually wins this stage, he might as well finish the job and win the GC by 5 minutes
T

Should be one for the breakaway unless DQS feel strongly enough about Alaphillipe’s chances to chase for him.

Magnus Cort Nielsen from the break.

Bardet will try something

For me Alaphilippe today.

Alaphilippe already in the break (together with Mühlberger and De Marchi).


Jagartrott said:
Alaphilippe already in the break (together with Mühlberger and De Marchi).
Click to expand...

They are gone now.

One heck of a descent - the good news is, it's expected to stop raining soon at the finish. Still don't know what Ala's doing in the break ... (hoped for more riders in the break maybe?)

Alaphilippe in the hunt for KOM points, maybe.
It'll take much energy with only two more riders. And it's not just about today.

Break will take this I think
T

For ***'s sake, Pedersen. All you had to do was get in the break, preferably without Alaphilippe. Not... miss out on the break Alaphilippe is in...

well they are gone for a long lonesome hunt for point .. and now time.. who knew
B