Sidebar Sidebar
Previous Next
I

Vuelta a Burgos is on. Livestream on the web site:

Since the intorduction of Picón Blanco, the stage to Lagunas de Neila has been softened to the point that this must be the only race whose climbs are either cat3 or HC

Nizzolo wins, but it was rather close with Aranburu.

(Unfortunately I missed a bit, because of terrible timing with BinckBank… )

Valls was given the first bib number by Movistar (11). Now he's out of it, Carapaz is in warmup mode in his first race after the Giro and Betancur has finished 10th today. Betancur's thread is about to resurrect
Reactions: Sandisfan

Just wait until Picon Blanco, or whatever that brutal climb is called. I have seen this too much to get hyped over a nice result on such a stage...
I 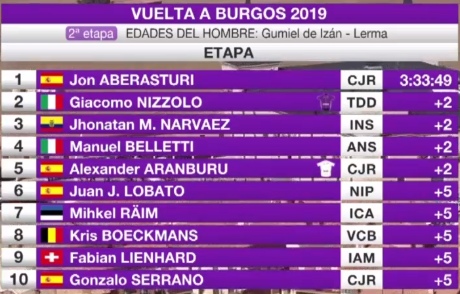 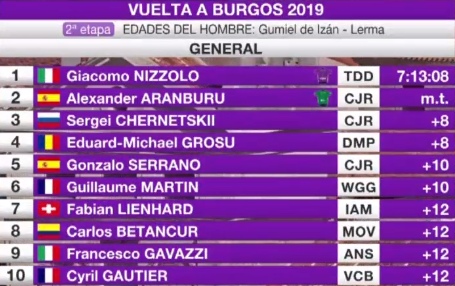 I love awarding mountain points on a 3km 0.9% climb

Feed that works in Firefox

Sosa has cracked both the Movistar riders
S

Nice, Rodríguez finally honours my choice of him in the CQ game. 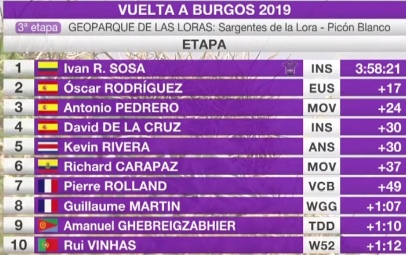 Nice win by Sosa.
Hard mountain this is.
Maybe is enough to win it.

Pretty much as expected by Sosa. Surprised that Carapaz cracked like that but I guess it's his first race since the Giro after all.

Nice from Rodríguez in the final km.

Not really worried about Carapaz at all, as luckyboy noted its his first race back and he is the type of guy who just get better and better throughout a race. He will be better at Neila for sure. Think this was in line with what I expected, even though it looks a big ugly at paper, but that was probably due to him answering all those attacks in the middle of the climb. Had he ridden it differently he obviously would have gotten a better result.
Pedrero was extremely strong today, but thats moost likely because he isnt doing La Vuelta. Looking at this schedule he did Sud and some racing in July as well after the Giro, so he is operating at 100% atm and most likely isnt selected. Valls crashed so he wont be there either, and Betancur is Betancur, so there should be room for Sepulveda who did well today.

You really don't think they will select Pedrero? I would be quite surprised if they don't.

tobydawq said:
You really don't think they will select Pedrero? I would be quite surprised if they don't.
Click to expand...

Just think its a bit weird if they indeed planned to select him that he would ride those races between the Giro and the Vuelta, but of course, he has just proven himself to be so valuable that it might be hard not to. Especially now that Valls had that horrible crash and Betancur still cant climb properly (I think those two were pencilled in for the Vuelta originally).
You must log in or register to reply here.
Share:
Facebook Twitter Reddit Tumblr WhatsApp Email Link