This man is having the race of his life. After three low-key top 10 placings (one in each race) in Grand Tours, he is just one bad accident for Bernal away from winning the Giro at a mature age of 33. That will probably not happen but I have to say that I am very surprised by his level - and I guess the fact that he has no thread proves that I am not the only one.

In the old BMC days he often obtained good GC results in week-long stage races through a brilliant TTT and then a decent if unspectacular defense in the mountains. But this time, his result is completely his own. And to think that he was only supposed to be a domestique for Landa. They could have formed quite a formidable duo which would have made the race infinitely more interesting.

Judging by his previous GC attempts in Grand Tours, it does not seem likely that he will fade in the third week, so I think his second place looks quite solid. Which would be great for him but also for the unfortunate team who lost three riders (including their most important one) quite early in the race.
Reactions: Sandisfan, topt, Cookster15 and 10 others

Last year he finished tenth in the Tour and the world championship after hardly being noticeable during the race. He's the specialist of regularity, always coming just behind the best GC riders. Sometimes he wears a helper's shirt as camouflage.

Today he moved to the second place in the Giro in a stage that hardly got any live coverage. The Invisible Man is doing it again. He needs to get his own thread in case something happens to Bernal. Any opinions, any fans?
Reactions: Sandisfan, Gregor_Slovenia, Rollthedice and 4 others

I've seen him. He's not invissible.
Reactions: Sandisfan and Pantani_lives

Looks like for once you were first with creating a thread.
Reactions: lemon cheese cake, Sandisfan and tobydawq

Lol a two members creating the same threads at literally the same time.
Reactions: Sandisfan, SafeBet, Fuente De and 1 other person
B

Caruso will win this Giro. It's clear he's the strongest GC rider in the race.

And once you get noticed, it's not only once.

And now it looks like it's been merged, with one OP as the... well... OP, but the title from the other OP.
Reactions: Sandisfan
F

I remember that he was already surprisingly strong as a domestique in last year's Tour, at least in the third week. He was also a few minutes better than Valverde who was the next best "domestique" in GC. But still, he was 5 minutes away from 9th place in the end, so this is definitely surprising.
B

It's sad that Bahrain had so much bad luck this Giro, because their team would be banging in the 3rd week.
Reactions: Sandisfan, Gregor_Slovenia, SafeBet and 5 others
K

Pantani_lives said:
Any opinions, any fans?
Click to expand...

He is always there when it is important in this Giro and shows great consistency. It feels like he's been part of pro cycling for ages. Things are looking pretty good for the podium for him now. He does not show any weakness at all. That would be a great success. However, some mountains are still to come.

Rolf Aldag already praised him in the first week. Caruso would be a very pleasant person, always looking relaxed and being focused, said the german sport director.
Reactions: Sandisfan and Pantani_lives

Can we have a nice picture of him, maybe this one? 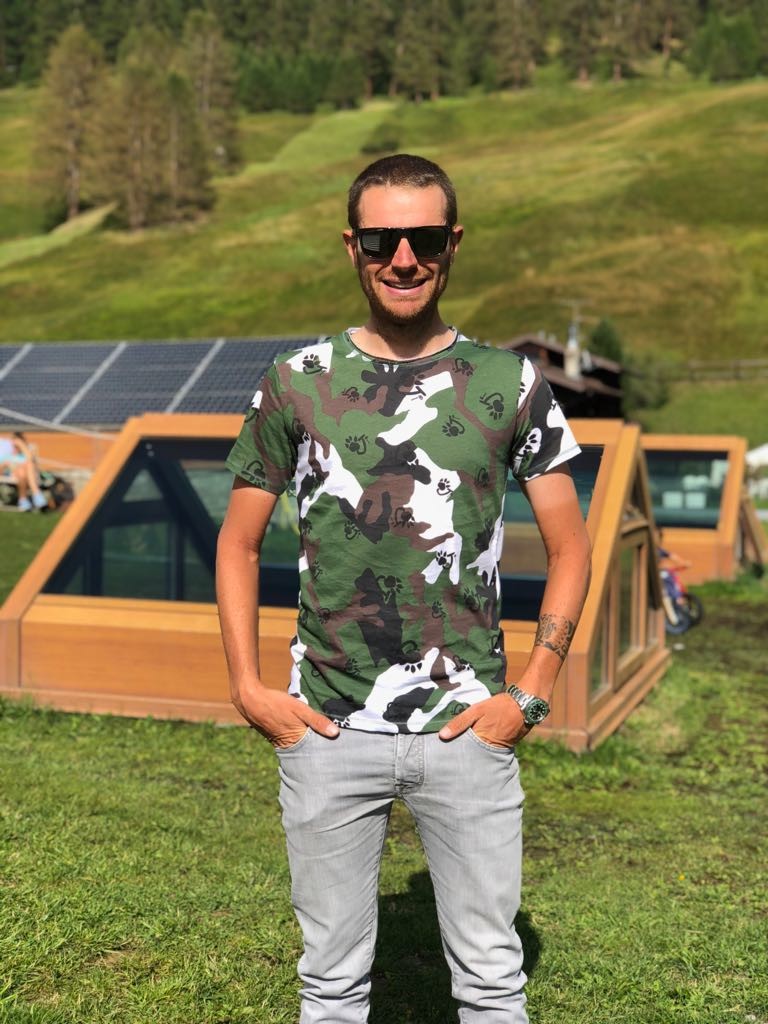 A classy rider, alread in the top 10 in the 2014 Vuelta.
Last year he was strong enough to finish 10th in the Tour while riding for Landa, his endurance is great and his TT results are better at the end of a stage race.
Fun fact: Him, Nibali and Porte all rode for Mastromarco before turing pro, him and Porte where already teammates back then.
Reactions: gunara, Sandisfan, Cookster15 and 5 others

BlueRoads said:
Can we have a nice picture of him, maybe this one?

I'll say it, if Landa was still in the race he would probably end up winning the Giro, because Landa.
Reactions: Sandisfan
K

Bonimenier said:
It's sad that Bahrain had so much bad luck this Giro, because their team would be banging in the 3rd week.
Click to expand...

True!
With Landa we would have much more fun in the mountains and the classement
With Mäder we might would have seen a great challenger for the mountain jersey who already won a stage.
And Mohoric is Mohoric, simple a great dom.

They really came with a strong team. That's why it's so nice and well deserved that Caruso is still there and holds the flags high.
Reactions: Sandisfan, SafeBet, Fuente De and 2 others

How does he fare in TTs? I think he's got a minute on the third placed right now. Can he hold the podium?

Yes, he should do very well, in comparison to all the other climbers.

Damn, that's nice to hear. Now I wonder, what if Bernal has a subpar day... there are still three MTFs. Damiano Caruso winning the Giro is the most 2020 thing ever... wait.
Reactions: Sandisfan and Gregor_Slovenia
A

It was just an optical illusion.
Reactions: Sandisfan

Happy for him and for Italy. It's great that they have someone to cheer for to get a podium since Ciccone looks unlikely to deliver that, at least for now.

I must admit I would have never thought that he could make it onto the podium of the Giro, ever. Reminds me a bit of Peraud who also rode an outstanding race being older than your usual podium first timers, and taking the chance that was presented to him in a weakened field.

Definitely cheering for him to make the podium in Milano.
Reactions: gunara, Sandisfan, VeloMaster and 3 others

Both of those did include some climbing. In a flat ITT, 20th place or there abouts is probably a more accurate estimate.
With the current time gaps, his second place should be secure though.

He has always been a great helper for others, and he has also showed that he isn't a bad GC contender himself either.
If he reaches the podium here, it would be a great result both for him and for his very unfortunate team. And a podium without an Italian rider, would also be a bit sad.
Reactions: Sandisfan

Super solid rider. Cassani always praises him because he's consistent and trustworthy. I never really warmed up to him until the Tokyo Olympics where he did a great work for Nibali. I'm not entirely sure he can handle the multimountain stages at the end of week 3 (if they take place) but he can gain a lot of time in the TT on someone like Bardet and Ciccone.
Reactions: Pantani_lives

SafeBet said:
I never really warmed up to him until the Tokyo Olympics where he did a great work for Nibali.
Click to expand...