It's a bit late, but here's the place to discuss La Course. 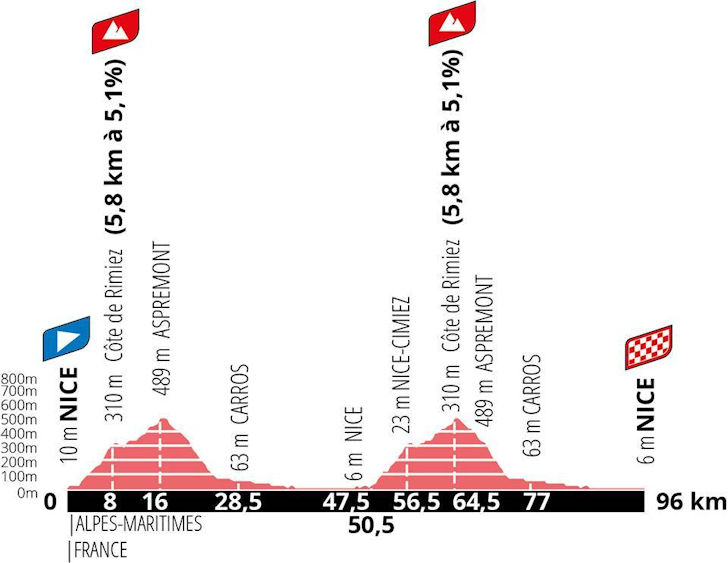 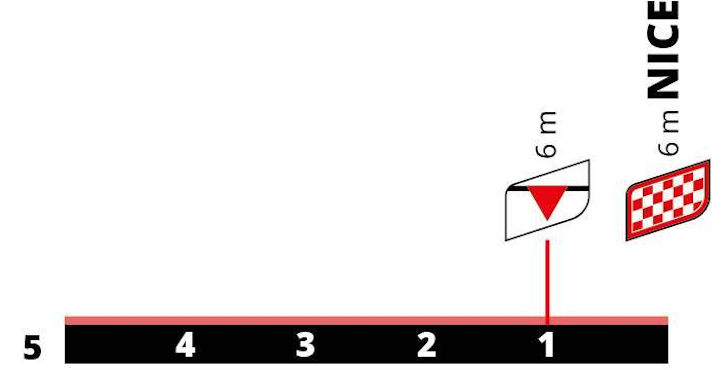 Possibly hurt a big worse in that crash than she claimed before the race.

(Cille, in case anyone was wondering. Stop ninjaing me!)

A++ front group through. Van Vleuten, Vos, Deignan, Longo Borghini, Niewiadoma, Vollering. Real credit to Demi for being there, I mean I know she was a sensation last year but off of a pretty cold open, that she's in a group where everybody else could be considered very much in the top 10 of the péloton and she doesn't seem out of place is impressive. She's got a pretty strong finish, she could be a dark horse here if the group comes in together, but Trek have the advantage of numbers and Vos is Vos.
Reactions: Pantani_lives

Come on guys, a tall climber on CCC is almost certain to be Rooijakkers.

Lots of rainbows in that group.

Annemiek won't win from this group in a sprint, so her best chance is to come to the line alone*, nobody wants to come around and give her the chance to take them by surprise, so her tactic appears to be to Ullrich-on-Arcalis it as the climb isn't inconsistent or steep enough to just break everybody outright like the Spanish races were.

I think you're right, RHD, Cille was probably more hurt than she let on in that climb, or maybe she didn't realise how much it was impacting her until she got halfway through the race and maybe overstretched herself in that first move. The Paule Ka, WNT and Sunweb riders are keen to get back, the issue for WNT is that their riders in that group are climbers and climbers only, I don't see Magnaldi or Santesteban winning if they don't make contact and get a secondary attack, whereas you could see Lippert contesting from a small group, and Chantal van den Broeck-Blaak obviously is a threat in that kind of run-in.

It's probably a moot point as that front group is so stacked, but nevertheless.

*edit: that's obviously not true, you'd back her 12 times out of 10 in a H2H against Niewiadoma and even more against Longo Borghini, but a situation where it ends up with Annemiek and only one of the others is unlikely, if it's just her and Kasia, Trek will chase it down with advantage of numbers, and you'd assume Trek would prefer to put Deignan in the group if there was anything other than a solo move because of her finish; ELB vs. Kasia is perhaps the only iteration where they might back ELB from a group out of this sextet, and even then I think Kasia is the stronger sprinter of the two.

What's this fashion of showing the race time on the screen?

Who are the best sprinters in this group?

Which group, group 1 (sextet up front) or group 2 (groups 2 and 3 have now merged)? I note that there are some genuine sprint types now in that larger group with people like Lotte Kopecky and Hannah Barnes.

In group 1, I would rank them based on historic capabilities in this order, sprint-wise:
1: Vos
2: Deignan
3: Vollering
4: van Vleuten
5: Niewiadoma
6: Longo Borghini

Vollering is the youngest of them and has the smallest body of work, having only really broken out last year. Vos and Deignan are close, but the variety and consistency of Vos' palmarès puts her top; Deignan has managed to win bunch sprints in the past so she's no mug. Vollering is very good from a reduced sprint, but not as good as the top 2. Van Vleuten is decent but not great in a sprint historically, and we haven't really seen her use her sprint weapon in some time as she's not really had to. Then there's a steep drop off to Kasia and Elisa, who are two of the worst sprinters in the entire péloton, though Kasia has at least been improving a bit in that respect.

It looks like the strongest descenders in the group might want to try to pressure that. Niewiadoma forced a selection on the descent last time, while Deignan is a top class descender (won Trofeo Binda on the strength of that alone a few years back) and Vos is, well, Vos. Apart from Demi, whose descending is a question mark not because it is bad but because we haven't seen too much of it and so we simply don't know (although she did manage to podium LBL last year), this is a group of all top level descenders.

Kinda weird to see cycling not from Plouay these days...

Annemiek blows up the race and drags a group of six elites away to decide who will win.

These climbs are the perfect size for Kasia, she loves this kind of mid-length ascent in the 4-8km kind of bracket as those are the climbs she's grown up with around Limanowa. Whoa, ELB error on the descent, that's turning this into two trios, Kasia, Deignan and Merckx up front, and ELB, Annemiek and Demi at the back.

They really couldn't base La Course on stage 2 of this Tour?

Suspect the sextet may come back together, though, it will come down to a 2 vs. 2 TT I would expect, Vos & Deignan vs. van Vleuten & Vollering, and I'm pretty sure I'd back the latter on that because of Annemiek's strength against the clock.

If Kasia works from that trio, she's guaranteeing 3rd at best and probably worse if they ARE caught by the group behind, while ELB obviously has no incentive to help Demi and Annemiek chase Lizzie and jeopardise her podium.

Red Rick said:
They really couldn't base La Course on stage 2 of this Tour?
Click to expand...

I still think the last two stages of the Tour - as in, exactly the same route as the men, not some shortened *** - would have been fine.
Reactions: gregrowlerson

Lead six motorpaced by a train!

Red Rick said:
They really couldn't base La Course on stage 2 of this Tour?
Click to expand...

You wanted ASO to care about women's cycling?

La Course pretty much annually outperforms its equivalent Tour stage. Even on the Champs Elysées, you had Anna VDB do a Vino one year.

They killed the Route de France, a seven stage race, to make room for it, then shuffled it around the race making historic and traditional races like Thüringen hop around the calendar to survive, and they still only broadcast it because they have to. ASO are busy doing the barest minimum they possibly can in order to not get savaged for their poor treatment of the women. Their real goal is to spend as little money as possible on new cycling endeavours and make as much money from Le Tour as possible, in order to prop up the loss-making money fire that the family really cares about these days, and that's the Dakar Rally.
Reactions: gregrowlerson, Red Rick, TourOfSardinia and 1 other person

Seems like the train driver wanted to watch from a prime position.
Reactions: JosephK

RedheadDane said:
I still think the last two stages of the Tour - as in, exactly the same route as the men, not some shortened *** - would have been fine.
Click to expand...

My dream was that they used the Champs Elysées as a prologue, and then bought out the Route de France, a week long race with some mountains, and followed Le Tour with it. That would have been great. An eight stage race with a traditional prologue in Paris, and it could have been sold perfectly at the end of the Tour with "haven't had enough of your cycling fix? Stick with us for the next week for the women's Tour" or whatever name they went with for it. The final day of the Tour is uncontested anyway so it's just a parade, so it'd be cool to have some actual racing to watch while the men are on the parade with champagne and stuff before they arrive in Paris.

Sure, sometimes it would lead to going west and having a mostly flat race, but firstly the women don't tend to race as conservatively and secondly, a week long race of classics-style stages with some cobbles in Dinan, Bréton punchy climbs and ribinou would be pretty great.
Reactions: gregrowlerson and Red Rick
You must log in or register to reply here.
Share:
Facebook Twitter Reddit Tumblr WhatsApp Email Link