All the main participants were in a good mood at the press conference today. Some main points: Both Roglič and Pogačar will also participate in the TT next Sunday, which will be a mountain TT. Women's race will start after the men have done 4 circles and they will then ride together with the men to the finish line. Roglič said that due to his current form he is happy that the finsih is not completelly at the top of the climb. He also confirmed that his partner Lora is writing a book "Kilometer 0", mostly about last years Vuelta (she used to write a lot of very interesting articles in the past years, especially around 2017 when she described how Primož trained specifically for the Galibier stage he later won in the Tour). As mentioned above, some local TV took the opportunity to organise a broadcast. And since it is a local and small staton, do not expect some ultra epic broadcast (but at this point, everything is better than notning).

Meanwhile, The criterium of Tadej Pogačar is on today in his birth town of Komenda. With plenty of Slovenian pros but also some international participants (Valerio Conti, Marco Marcato and Alessandro de Marchi will all be there).
Reactions: Jungle Cycle

bajbar said:
Women's race will start after the men have done 4 circles and they will then ride together with the men to the finish line.
Click to expand...

What? Is this a thing that is done? I'm guessing that they are doing it because the women's field is small and wouldn't have a big enough peloton to provide much aerodynamic coverage to the principles otherwise. But how long will they be able to tag onto the men's group? If there are teams that have both men's and women's sections, will they be allowed to assist each other? The idea that they will ride together to the line seems to deny the fundamental principle of a race.

They did something similar in Israel last year, leading to a rather cute moment between Omer Shapira, and Guy Sagiv. (They each went on to win their race.)

But ride together to the finish line sounds indeed ... not very competitive.

Okay, pay per view for a stream of questionable quality... hm.

I guess I will pay for it since there is nothing else on TV.
Reactions: Sandisfan

Nice they are doing a live stream even if you have to pay a minimal amount, but will there be a replay of it available (even if it has to be paid for)?

They are streaming the Tadej Pogačar criterium, if anyone is interested. Men's race starts in about 15 to 20 minutes.
Reactions: CyclistAbi and Koronin

They are streaming the Tadej Pogačar criterium, if anyone is interested. Men's race starts in about 15 to 20 minutes.
Click to expand...

There is some mention of Tržič TV broadcasting the race. I never heard of it and i had to rescan for channels. Now i have Tržič TV!

P.S. I wasn't able to find any schedule to confirm the broadcast.
C

They are streaming the Tadej Pogačar criterium, if anyone is interested. Men's race starts in about 15 to 20 minutes.
Click to expand...

Nice to see some racing again.

Bonifazio must be wearing an invisibility cape.
Reactions: Sandisfan and Lequack
C

Some nice sprinting and rivalry in between Luka Mezgec and Marco Haller, Mezgec taking the win.

P.S. On Sunday i expect some of that to happen in between Roglič and Pogačar!
Reactions: Sandisfan 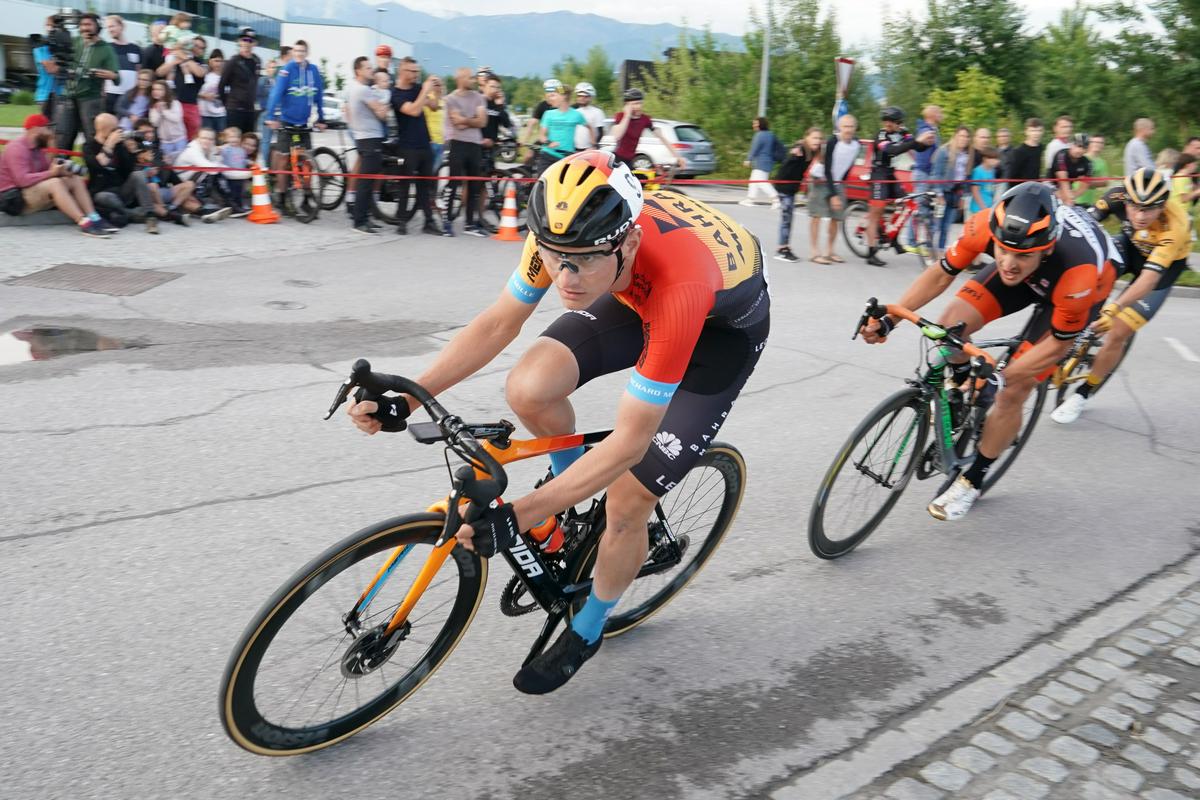 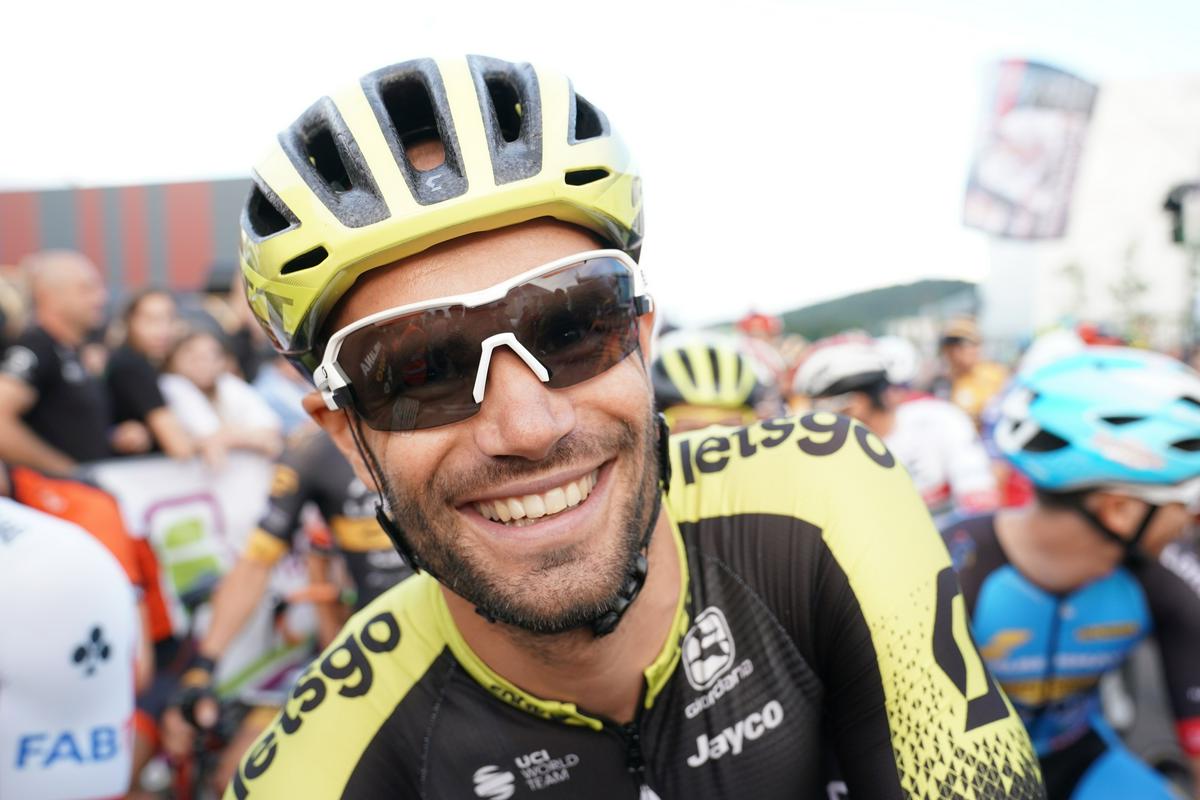 Now I know for sure it's PoGAčar and not POgačar or PogačAR.
Reactions: Sandisfan and Koronin

BlueRoads said:
Now I know for sure it's PoGAčar and not POgačar or PogačAR.
Click to expand...

Also next Sunday Roglic, Pogacar and company will also battle it out in the mountain ITT for the national title. 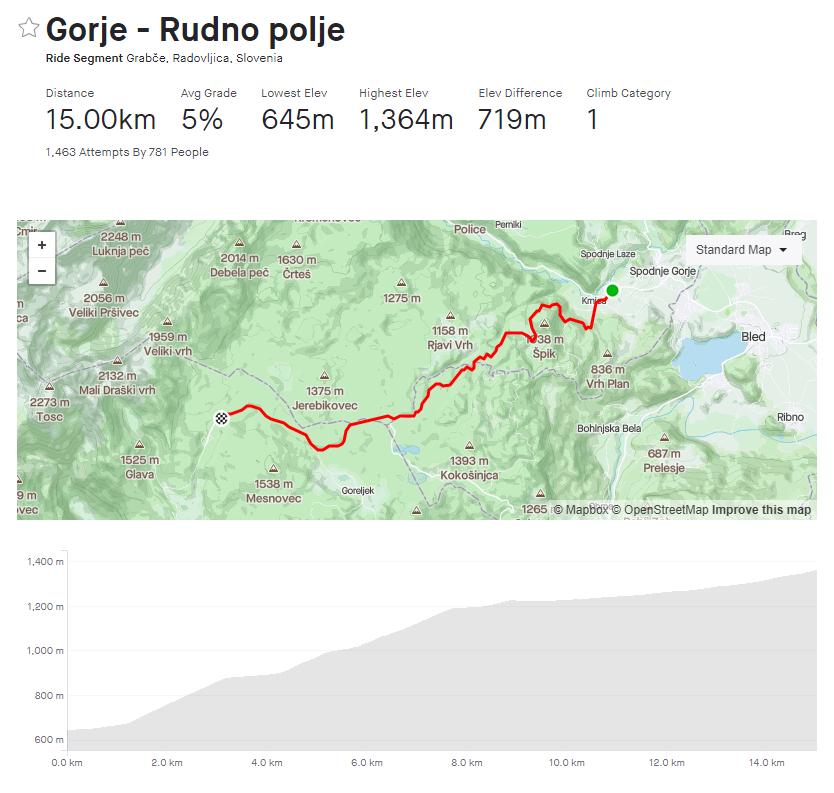 Do Slovenians also have to pay to watch it, or is there a national georestricted stream for Slovenians? And i assume the commentary will be in Slovenian?
Reactions: Sandisfan

Lequack said:
Hm it looks like it will be pay per view model? 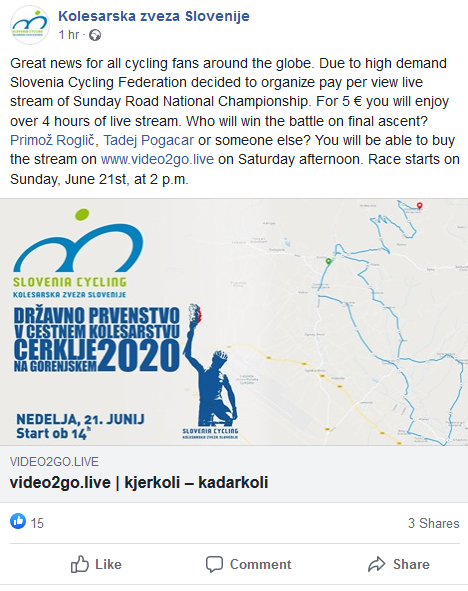 It seems they've enabled the "shop" so you can buy the stream access.

Whats a bunch of sell outs. It's a national championship, there's no control. One break with just the right teams and guys and Roglic and Pogacar are completely irrelevant in the race.
Reactions: Logic-is-your-friend

DNP-Old said:
Whats a bunch of sell outs. It's a national championship, there's no control. One break with just the right teams and guys and Roglic and Pogacar are completely irrelevant in the race.
Click to expand...

Doesn't it finish with a 10 kilometre climb or something?

I don't mind paying that, I just consider it supporting the sport etc. But I am always annoyed that I have to put in my personal data everytime I pay for things liek these. Like, can't you just take my money and let me be, why do you need my name, address and all the other stuff jeez.
Reactions: SHAD0W93 and BlueRoads
C

Slovenia is relatively small country, but lately competition for broadcasting sport events is getting fierce. More or less private networks broadcast sport today. National TV does broadcast TDF and the commentary is great.

As for tomorrow, maybe Roglič and Pogačar will join forces, at least until the final climb. Roglič has Grischa Niermann for some support, but riding more or less alone. Pogačar has some help in Jan Polanc. Bahrain McLaren has a strong team, 5 riders. All in all it will be interesting to see, on how two favorites will be able to cope against a strong team.
You must log in or register to reply here.
Share:
Facebook Twitter Reddit Tumblr WhatsApp Email Link