Page 12 - Get up to date with the latest news, scores & standings from the Cycling News Community.
Sidebar Sidebar
Previous Next
T

That looks like a winner to me.
I reckon he's learnt how to do it after the worlds win, he's the winner you just watch in July

well chuffed for Cuddles - was great to see him win this yesterday.
he's coming of age tactically considering the calibre of events he's notched up in the last two years - WC, FW and now T-A...
looking forward to watching him this season and hopefully with another win - Amstel or LBL perhaps

I'd say he'll take the foot off the gas a bit now that he has the win off his back. Definitely can go into the TDF more relaxed having a win.

He'll also def go for an Ardennes but won't have to kill himself in Catalunya etc.

I won't get my hopes up, though I do wish him the very best. Personally I'd rather he spread himself over a few more races. His list of victories proper is much too short when compared with the impact he's actually had over the years.

Saw that photo this morning and I thought, there's a good avatar for ACF. So rare to see a sense of humour on display these days.
J

NickBVK said:
I'd say he'll take the foot off the gas a bit now that he has the win off his back. Definitely can go into the TDF more relaxed having a win.

He'll also def go for an Ardennes but won't have to kill himself in Catalunya etc.
Click to expand...

Good win for him yesterday to secure the Overall. The tour is imo out of reach for Cadel. He is a very good rider but cannot match the explosiveness of Schlecklet, or possibly Gesink, come the mountains. If Contador is there as well then that is an additional problem for Cadel. He will also have an on form Basso to contend with in the mountains as well as Sammy Sanchez.

There is only one TT and therefore the parcours is against him.

He may be able to finish on the podium, which is itself an excellent achievement but I think a victory is not feasible.

No Pais Vasco and no Romandie? Has he changed his schedule?


auscyclefan94 said:
His program is

Walkman said:
No Pais Vasco and no Romandie? Has he changed his schedule?
Click to expand...

Pais Vasco was never on thet cards, just a mistake on my behalf. It's supposedly Romandie or Liege (I hope Liege), possibly both.
M

What do people want ? Someone who turns up to race or someone like Schleck who floats around at the back of the bunch and uses the race as a training until he gets to the LBL and the TDF. You saw Evans lying over the handlebars unable to talk after he won the second last stage of the Tirreno and he was the winner while Schleck and company were still riding up the hill. A one week race in March won't effect his TDF chances.
Y

maltiv said:
Evans will come to the TDF exhausted with this schedule if he is trying to win every race he enters like we saw in T-A.
Click to expand...

Probably right, but if he wins any more classics before July, he might not care. Nor will those who wish him well.

Still, it does seem slightly unreal that a runner-up in the Tour 'ought to' concentrate on classics as he'll have more realistic chance to finish first. In some ways it's a credit to his versatility.

this is the most likable evans photo... ever . scarponi looks extremely amused.

Scarponi looks a little bit like Frank Schleck on that pic lol.

It will definitely help Cadel to race light, but with the Schleck brothers, Basso, Gesink (if he doesn't screw up on the long 41km TT), it is not in his favour. One on one, the Schlecks will leave Cadel in the dust at the Alpe-d'Huez.

TheEnoculator said:
It will definitely help Cadel to race light, but with the Schleck brothers, Basso, Gesink.
Click to expand...

Ever heard of Sammy Sanchez

biopass said:
No one thinks he can match the accelerations by the likes of clenboy and Andy. But unless they do their tango in july, Andy wont set a pace that cracks his own brother. And when Andy wont drop his own brother, a chasing group of outsiders with the likes of Evans, Basso, Sanchez and Gesink will be right behind them.
Click to expand...

Isn't that forbbiden in this forum?
Just leave that kind of comments in the clinic...

mmmm I think that Cuddles even if He is not targeting Catalunya He will try to stay with Contador and will go in red if He needs to... Cuddles is like that... He can't help it...

Great photo. He had every right to be happy.
B

Hopefully he will get his feet back on the ground and stay focused. Too much flamboyant mood and things will happend when least expected.

Now that is a very entertaining and animated photo!

I think he needs to stop the podium antics and start taking himself and his career more seriously.

Haha! Awesome photo indeed. One for the album.

Roland Rat said:
I think he needs to stop the podium antics and start taking himself and his career more seriously.
Click to expand...

If Evans is in a race then he races. This is admirable.

The new likeable Evans is the one that wins tough one day races and stages - not the not quite GC man.

First of all, I'd like to say thanks to most of the people on this forum who make this an enjoyable outlet for myself sometimes to talk about cycling. It is a pleasure. I thought I would make my 10,000th post in this thread because, it is about my favourite rider. I will try to make it not completely boring but I am boring person generally, so I will try my best not to be.


Archibald said:
nice to see him not crying on a podium for a change
Click to expand...

Archibald, you should be honoured that my 10,000th post is quoting you. I like to see some emotion, it shows how much it means to the rider and shows they are human. It is real and raw and after someone who has been riding for 6 hours and takes a victory, they are at their most vulnerable state. This is real emotion and not some charade.

I think even if he does race hard early in the season, it shouldn't affect his preparation going into the tour. I hope he races Liege, he has a great chance at winning that race and he has already won Romandie, so will another title mean much? I am not sure that he will be right up their with some of the other favourites in Catalunya as he has said that he hasn't done much training at all for the lengthy climbs.

I hope he doesn't turn up at the dauphine in too stronger condition. I hope he doesn't turn up to the tour at 100%, just under 100% would be perfect. Prepare strongly, make sure the team has lots of ttt practise and work hard. Most of all if Cadel has fun on the bike then he can do the job in July. He has the ability. He is going to have to time trial better but I think there is plenty of improvement from now and then. If he doesn't do the job, then so be it. I think we all know that he doesn't lose without a fight. He lays it on the line putting in 100% (not going to be a moron and say 110% ).

Even if you don't win le tour, myself and your other fans will be proud of you. You are the best Australian cyclist ever and it will take a lot to overthrow you from that title. You have brought this sport into the mainstream market from being a very small unknown sport.

That's my 10,000th post. Now I am on the hunt to find a new hobby as I have became a die hard cycling fan with no life other than posting on an internet forum. I have too much spare time. Any suggestions? 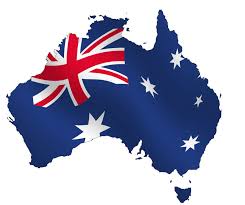 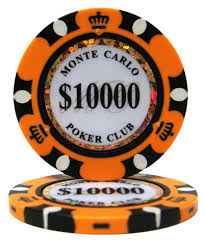