A climb that has been used in a real race before is Valle Nevado in Chile, a road up to the ski station that bears the same name eastwards of Santiago de Chile.
Valle Nevado is a Ski station that was built by French investors and you can see that, you don't find many ski stations this ugly outside of France:

The Ski resort is also known for it's MTB bike park.

The final set of 18 switchbacks at the top of the climb:

One should not be fooled by the number of hairpins and the average gradient, some of them feature super steep inside lines up to 30%:

In 2017 the climb was used as a MTF in the Vuelta ciclista de Chile, the Colmbians Christhian Montoya and César Paredes won the stage 55 sec ahead of the Mexican Efren Santos, the gaps were really big, the 10th placed rider was already 5:45 down: https://www.procyclingstats.com/race/vuelta-ciclista-de-chile/2017
/stage-4
Reactions: Pantani_lives and Sandisfan

The Farellones resorts have been used a few times - usually to El Colorado or La Parva prior to 2017, however. El Colorado is 36km @ 5,2%.

Marco Arriagada won there in 2003, 2005 and 2011, but lost the latter result to Tyler Wren following a doping positive. Félix "El Gato" Cardenas won in 2012, the last time the old Vuelta de Chile ran before the 2017 reboot.
Reactions: Sandisfan

Has Monte Maddalena near Brescia ever been used in a race?

Yes, in the Giro.

You could use this side of Monte Maddalena and descent down to Brescia on the wider road on the other side of the climb.
Reactions: Lui98 and Red Rick

While for some reason there isn't a stage profile of the 8th stage, it can be seen in the compressed overall route profile that they descended it in 1968.

Netserk said:
Yes, in the Giro.

I know that's there and for some reason I just forgot about it when looking at it...
Reactions: Sandisfan

I'm gonna advertise a climb that I recently did on my roadbike:
The Penser Joch/Passo di Pennes has only been used twice by the Giro, 1961 and 1995, and both times they used the easier side of the climb.

In 1961 it was a brutal Trento Bormio Stage with Penser Joch, Jaufenpass and the Stelvio before a downhill finish in Bormio.

In 1995 they also used it as the 3rd to last climb on a stage that ended with a Schnalstal/Val Senales MTF.

This side of the climb only features 4 hairpins, but it still has some stunning sections. 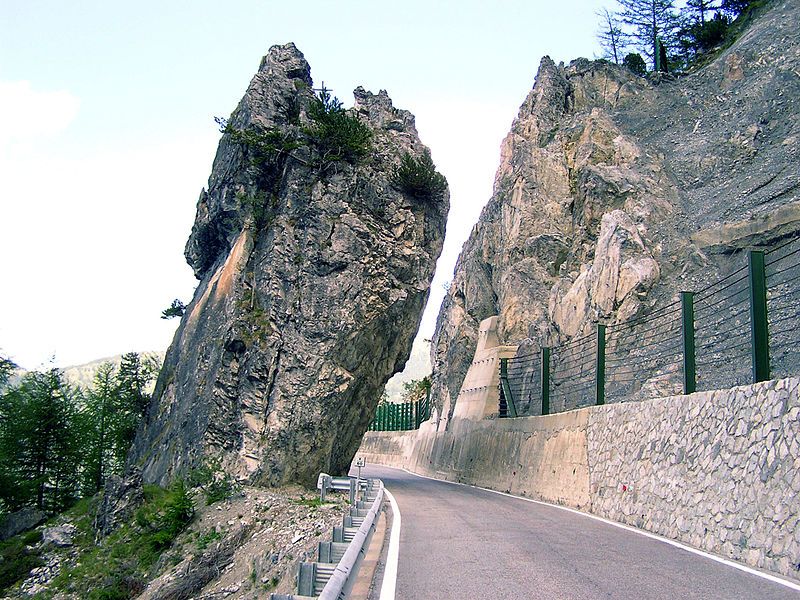 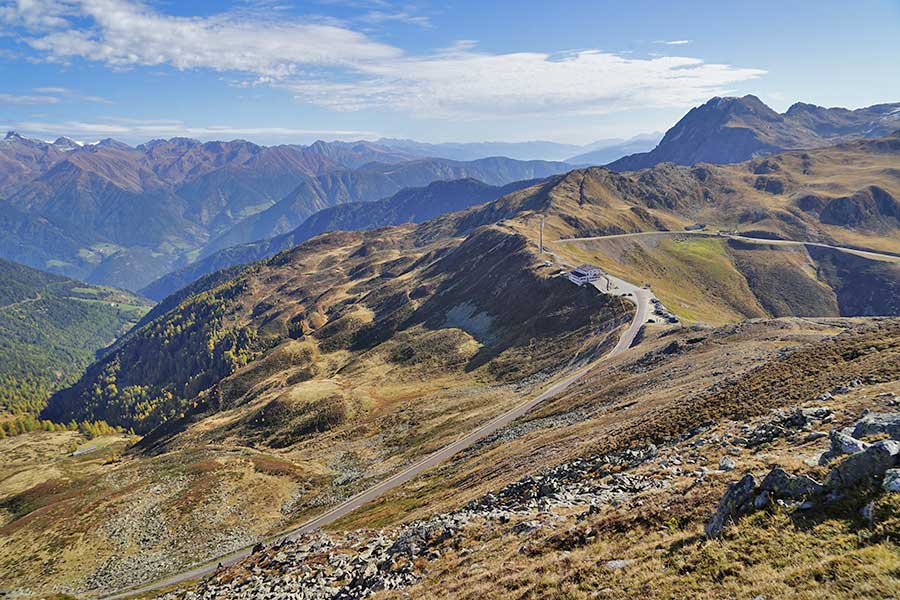 Now, how can you use this climb? A MTF would be the most boring option, I'd go with a downhill finish in Sarenthein or even better, an easier uphill finish at the Reinswald Ski station.
You can always have the harder side of the Jaufenpass/Passo di Monte Giovo right before it (there's almost no flat between the 2, a natural combination) and if you wanna make it even harder you can have a short stage with the Timmelsjoch/Rombo from Sölden.
Here is a potential short Reinswald stage from Sölden that I've come up with:
https://www.cronoescalada.com/index.php/tracks/viewTour/622939

Of course you could also make the stage longer and put something else before the Jaufenpass, have a hard MTF like Bondone, Alpe di Pampeago or Meran 2000 (just to name a few) the day before and we'll see really big gaps on this one.
Reactions: Max Rockatansky, lemon cheese cake, Samu Cuenca and 1 other person
R

Been clicking around in Azores and... i may have one climb that could be good for this thread. It's in Terceira Island near it's biggest town Angra do Heroismo. It's one of climbs up to mid-slopes of a former volcano Serra de Santa Bárbara. On the maps it's tagged as M501. hile the road slightly climbs for a long time i would count only the last 2,2km @ 10% with last ~0,8km @ ~15%. As i'm writing this i've dicovered that the streetview footage of Terceira was nuked, which means i have no photos. I don't know the name of the climb and i don't know if there any footage of it on the internets. I don't remember, where they started but at least the last 2,2km are cobbled. If i remember correctly they were the same or similar diamond shaped cobbled like in many places in mainland Portugal. It can be tied to an Angra do Heroismo finish after ~8km ridge ride and at least ~6km of fast downhill towards the town.
Reactions: Sandisfan
You must log in or register to reply here.
Share:
Facebook Twitter Reddit Tumblr WhatsApp Email Link