Page 298 - Get up to date with the latest news, scores & standings from the Cycling News Community.
Sidebar Sidebar
Previous Next

Looks like a very tough course for French and Valnes and Taugboel, so I expect a battle between Klaebo, Bolshunov, Ustiugov and Pellegrino.

Also if that course is going to be used in the Team Sprint, then it is tailor-made for Terentyev and Bolshunov.
Reactions: search

DenisMenchov said:
Also if that course is going to be used in the Team Sprint, then it is tailor-made for Terentyev and Bolshunov.
Click to expand...

it's the only short enough course listed as homologated on the FIS website, so as far as I can see, it should be the same

Also Dahlqvist is the clear favorite in the women event. So it can well be 4th (!!) gold medal for Sweden already. They're currently sitting at the top of the medal table with 3 golds and no other medals.

search said:
yeah, if he also managed to stay in good shape, definitely. Weng is back in Norway as well, but apart from that, I haven't found any news.

Any ideas for the sprint tomorrow?

looks like not so easy a course, and the snow conditions will probably be slow again as well. Hard enough for the types of Bolshunov or Nepryaeva to get involved again?
Click to expand...

Tough sprint course indeed. Certainly nothing for pure sprinters. I guess someone like Wenzl is glad that he is retired seeing those tracks.
Still, anything but a Klaebo vitcory would be a ausprise. No matter the conditions.
I really hope that Ustiogov will do well, though I fear he wont given team Karmers results in the skiathlon.
B

The late schedule (16:00 qualification; 18:30 heats) will ensure colder temperatures, which means slower snow, and if there’s wind (from what I see there shouldn’t be too much, certainly not as much as there was for the women’s skiathlon) that will make things tricky. I think Klæbo’s strengths could be neutralized. It could benefit power sprinters like Ustiugov and Bolshunov and the French guys. Of course nobody really knows what sort of form Ustiugov is in, not really sure even he knows, but if he’s in decent form you’d expect him to use his power on the second long hill to try and soften the race up. If optimal shape he’s capable of pushing from the gun and really breaking up the heats he is in. I don’t think that will happen tomorrow, because I don’t think he’s in the 2012-2018 form, certainly not 2016-2017, his best season to date, where he’d win qualification by 3 or 4 seconds. Maybe he’ll play it tactical and use his speed on the long back stretch and last 150-200 meters, I don’t know. Having enough luck will be in play as well I think. Who picks what heat, obstructions and crashes (hopefully we have none of that, at least the course is wide enough for passing opportunities), how much rest in between heats, pacing, etc.

Personally I’d like to see Ustiugov and Pellegrino get on the podium. Ustiugov fell in the final in Sochi in 2014, when it looked like he could challenge for the win. Then wasn’t allowed in Korea, plus the injuries and illnesses, so it would be huge if he can get a medal of any color. Pellegrino last big chance, IMO. He is two years older than Ustiugov and while he does have a medal from 2018, I am sure he’d like gold this time. He hasn’t been to impressive this season but I think he’s getting better, and De Fabiani’s ston result in the skiathlon yesterday means he should be in solid form, as they’ve trained together.
B

I know he looked crap in the skiathlon, and Norway haven't really brought it so far, but Klaebo can't not win can he? He is so much better than everyone else.

probably, yeah. Bolshunov decided not to start, btw
B

FFS they have already started banging on about Diggins on eurosport, and the program has barely started.
Reactions: Libertine Seguros
B

The climbs look long and gradual rather than short and sharp.
B

I was not expecting that from Brennan. Then Sundling smashes it, the gaps are huge. Dahlqvist must be worried.

Serious danger for van der Graaff and Lampič here.
B

Very, very strong prologue from Sundling. Unbelievable second half of the race by Stepanova. Moved up 31 places, second fastest split, only a little over a second slower than Sundling. Course is deceptively hard.

Insane gaps in the women`s quali. Though for the men it is on the shorter side in terms of lap time.

Klaebo beaten in the Quali. I`d still consider him the favorite but this getting intersting.

No Tsvetkov no. FML. That was a gold medal in your pocket
B

Damn Fillon Maillet was scorchingly fast today unlike Tarjei Boe which was very slow. Smolski should be good enough for the podium with a little help from Loginov in the last lap.

As for the sprint, I think Ustiugov may very well win it given the great recovery ability that he has but the French are also looking dangerous and Klaebo is always a candidate.

Mayomaniac said:
Chanavat went thermonuclear in the quali.
Speaking of thermonuclear, who is the Chinese guy in 5th place?
Click to expand...

quite a good performance indeed. There was an article in Dagbladet (Google Translate will do the job) yesterday. He has a Norwegian couch, and they bought some Russians (Kirillov probably the best known) to increase the level of competition for him in China. 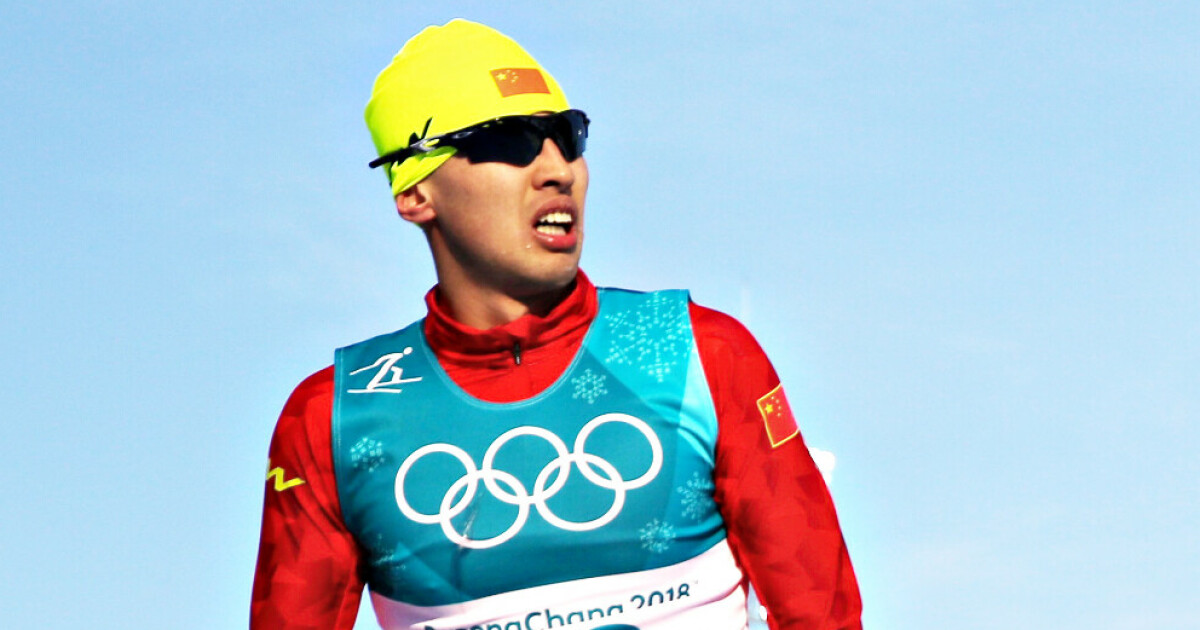 search said:
quite a good performance indeed. There was an article in Dagbladet (Google Translate will do the job) yesterday. He has a Norwegian couch, and they bought some Russians (Kirillov probably the best known) to increase the level of competition for him in China.

I believe Kriukov is his coach.
Reactions: search

Stepanova is using an interesting Yuri Borzakovski tactics with the huge pull on the second climb and the finishing straight. I wonder if that can get her the medal today.

BullsFan22 said:
I believe Kriukov is his coach.
Click to expand...

okay, the article only mentioned Bernhard Rønning as coach of the Chinese team - but maybe they got Kriukov as sprint (or personal) trainer on top?

search said:
okay, the article only mentioned Bernhard Rønning as coach of the Chinese team - but maybe they got Kriukov as sprint (or personal) trainer on top?
Click to expand...

Swiss TV also mentioned Ronning.
That guy is quick, his kick towards the end of the final climb was impressive
B