The Most Memorable Second Place Finishers

Shout out to Alberto Contador's overall results in Paris-Nice 2016 & 17, obviously.

And Roglic being left gobsmacked at PDBF.
Reactions: Sandisfan and SHAD0W93

Off the top of my head, Laurent Jalabert at Sierra Nevada in 1995, and Raymond Poulidor in the Tour de France.
Reactions: Zoetemelk-fan and Sandisfan

Laurent Fignon has something to say about that.
Reactions: Pantani_lives, perico, Sandisfan and 3 others

Shout out to Alberto Contador's overall results in Paris-Nice 2016 & 17, obviously.

And Roglic being left gobsmacked at PDBF.
Click to expand... 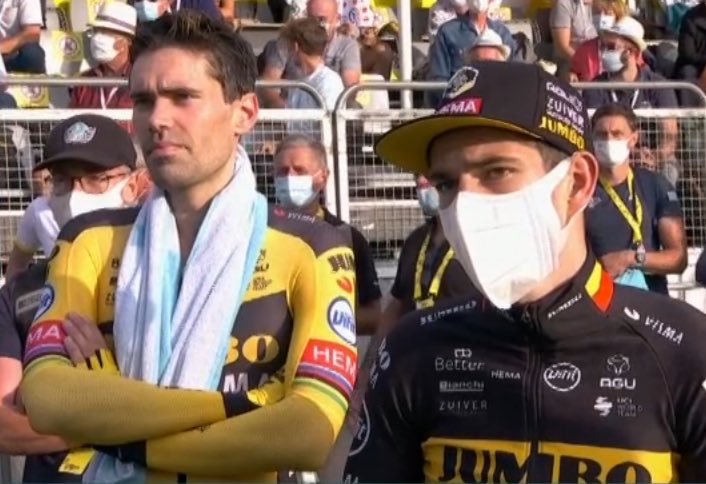 Fignon against Lemond.
Boonen at 2016 paris roubaix
Kolobnev and the money bag
Haussler at 2009 Milan San Remo
Pogacar going thermonuclear against Roglic at PDBF.
Reactions: Sandisfan, hayneplane, shalgo and 4 others

Libertine Seguros said:
Off the top of my head, Laurent Jalabert at Sierra Nevada in 1995, and Raymond Poulidor in the Tour de France.
Click to expand...

Marianne Vos when she got like 5 consecutive 2nds at the WCRR.

Like joking about Valverde, somehow this never gets old.

And like Alejandro himself too, God bless his agelessness.
Reactions: Sandisfan

Vino; "It's in the bag."
Reactions: Sandisfan

Urán in London and Samu three times in Lombardia as well as losing sprints to Andy Schleck and Klöden in France. Markus Fothen in the youth classification in the 2006 TdF.
Reactions: Sandisfan, Lui98, Monte Serra and 4 others

Zabel at the 2004 Sanremo.
Reactions: Lui98, SHAD0W93 and Libertine Seguros

While most of the 2nd places mentioned so far were indeed memorable, I feel like some of them, like Roglic or Fignon, only are because these riders were at the short end of a battle with an even more memorable winner.

I think the best picks for this thread are the ones where you don't even know who won anymore, because the 2nd place was iconic all on its own.
Reactions: Sandisfan, hayneplane and gregrowlerson

Joaquim Rodriguez at the 2013 WCRR.

All Alejandro had to do is ride for 2nd place.
Reactions: will-10 and Sandisfan

I guess Pogacar at the Ronde will be the most memorable 4th for some time.
Last edited: Apr 17, 2022
Reactions: Sandisfan and hayneplane

But seriously can a 2nd place be more commanding than Froome's 2012 Tour. It still haunts me.
Reactions: Gigs_98

What was it; Fifth in a two-man sprint?

Contador's insane series of 2nd places in 2017 deserves a mention. He finished 2nd in the gc of Andalucia (by 1 second), Paris Nice (by 2 seconds), Catalunya (by a minute) and Pais Vasco (by 17 seconds). Moreover he got 4 2nd places in the stages of these races. He hadn't won a single race that season before he won at his absolutely last opportunity, stage 20 of the Vuelta. Before that he finished as the first rider of the gc guys another 4 times but was always beaten by the break, including once when he dropped everyone else in Las Machucos by over 30 seconds but still only got 2nd because known doper Stefan Denifl finished half a minute in front of him after only losing a minute on the climb meaning he was faster than for example eventual Vuelta winner Chris Froome. If he hadn't won on Angliru this would have been so bitter.
Reactions: Bardamu, Sandisfan, Monte Serra and 3 others

Which was the season when we had Peter 2agan racing? Was it 2015?

I seem to remember a season where we was "mocked" by his run of second places but now that I look into it it doesn't seem so bad as he counted 9 wins (even more when comparing with recent seasons). But with 19 2nd places it must have been that year.
Reactions: Sandisfan and SHAD0W93
B

RedheadDane said:
What was it; Fifth in a two-man sprint?
Click to expand...

Yes, in a convincing fashion
Reactions: Sandisfan, SHAD0W93 and RedheadDane

Suprised no one has mentioned this, but Cunego at Tour de Suisse 2011. Leipheimer getting away with the win is one of the greatest travesties of this century in the sport.

Steve Bauer in 1988 WCRR had he not been DQed lol
Reactions: Gigs_98, Sandisfan, Samu Cuenca and 4 others
F

Not second but this was very memorable too:
Fabian Cancellara's 3rd at Ronde van Vlaanderen 2011.

All these riders came very close to winning with exception of Nibali 2018, which was also a bit of a sentimental pick because of return from injury.
Reactions: Sandisfan and SHAD0W93
S

Slightly different one here . Cadel
Evans 2010 Giro Zoncolon, clearly wasn’t there for top form. Up against Robo Basso and held on for ages
Reactions: Sandisfan

Klöden getting caught on the line by Armstrong and barely losing to Weening.

Vino in 2000 Olympics RR and Ullrich in the TT.

Contador second to Froome in 2013 TdF TT and that head shake he does after seeing Froome’s time.

Tony Martin second to Gárate in 2009.

Not second but Boonen third in 2016 WCRR.

Valverde second at 2012 Vuelta after losing 59” in the controversial crash and Sky setting the pace stage.

When GVA was still called Greg Van Average before 2016.