Page 34 - Get up to date with the latest news, scores & standings from the Cycling News Community.
Sidebar Sidebar
Previous Next

It was a very short lasting relationship indeed. According to PCS they only had three riders on contract for next year, but only two of the remaining riders have official deals with other teams. It should be possible for at least a few of them to get contracts elsewhere, but it might not be as easy for the staff. The timing is definitely not perfect.

Norsgaard (Movistar) and Nosková (SD Worx) are already signed for next year as mentioned.

I can't imagine most of the rest having too much trouble finding a home, they've been very visible in the abridged season. Might this be the stroke of fortune that Mitchelton-Scott were hoping for, since they've lost Annemiek and while Spratt can take up the mantle as leader, there's a potential gap for a second in command? How about FDJ finding somebody else to complement Chapman, Fahlin and Muzic as they support Cille? Canyon have a strong young New Zealander prospect, might they find it easier to tempt across another one or two of them?

Actually, looking at the roster I'd be more concerned for riders low down the totem pole at a few big teams who haven't yet signed deals for 2021, as they may be the ones that lose out from these women being available. Like, literally the only one I can see potentially not being signed for next year is Stirnemann, and she's a mountainbike specialist moonlighting in road anyway so there's a reason for her limited road results.

Harvey and Fisher-Black are obviously going to get signed on the basis of their 2020 showings. Marlen Reusser is going to be picked up as she's been very visible and is so strong against the clock. Clara Koppenburg is a 25-year-old specialist climber with good pedigree who beat the elites on Xorret del Catí, she'll find a home. Elise Chabbey and Lizzy Banks have both been very visible near the front of the group and in breaks, especially the latter with her two Giro stages in two years and her Plouay performances. The rest of the team - Sophie Wright is a promising young rider who went well in a good few punchy races in 2019, Leah Thomas is a veteran of the US scene with several years' strong performances behind her, and Sperotto is young and has shown enough to justify a deal - ought still to find somewhere, even if some of them may have to drop back to their national scenes (like Alzini already has done, moving from Bigla to Valcar during the transition to Paule Ka) to do so.

I don't think there's a single rider on the team that's going to struggle to get offers for 2021, so as I say, the concern is more for the unsigned riders on teams that might now be eyeing up some bargains from the Paule Ka yard sale who might get Alejandro Marqued.
Reactions: yaco and Samu Cuenca

More support for Cille is never a bad thing

I was wondering what the situation was like for CCC, after they pulled their sponsorship of the men's team, but they seem to be continuing. They have only confirmed Lotte Kopecky for next season though, and Vos is out of contract, so they must also be on the lookout for available talent. 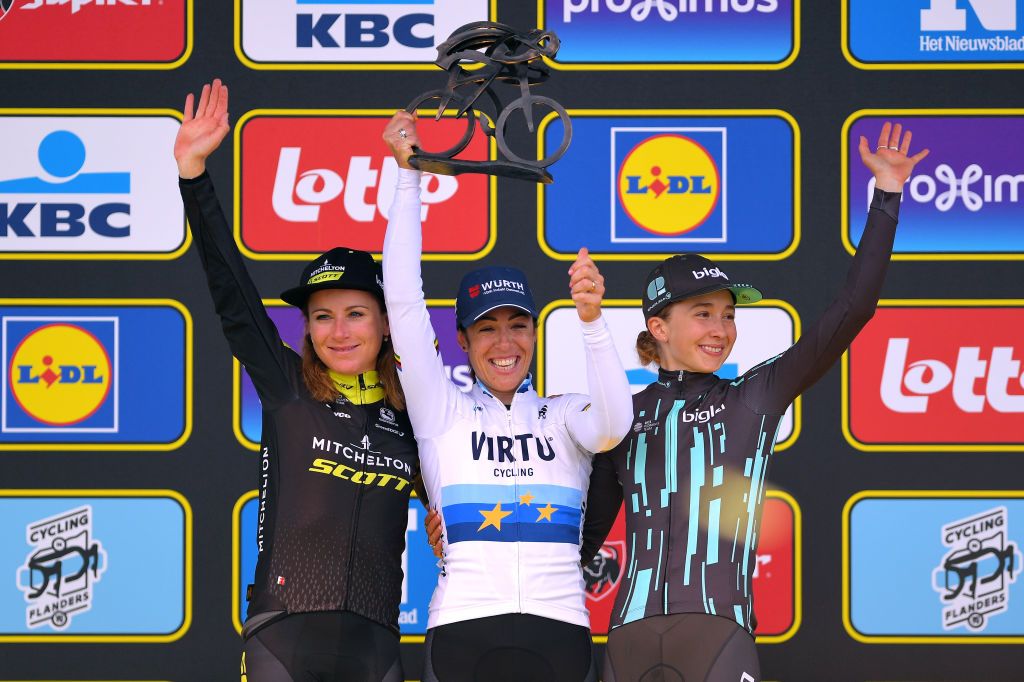 Four teams out of Women's Tour of Flanders, including defending champion Bastianelli