The main event of the week. They've moved away from Châlet Reynard to the easier Montagne de Lure and reinstated the prologue, so the GC battle should be less onedimensional than last year. 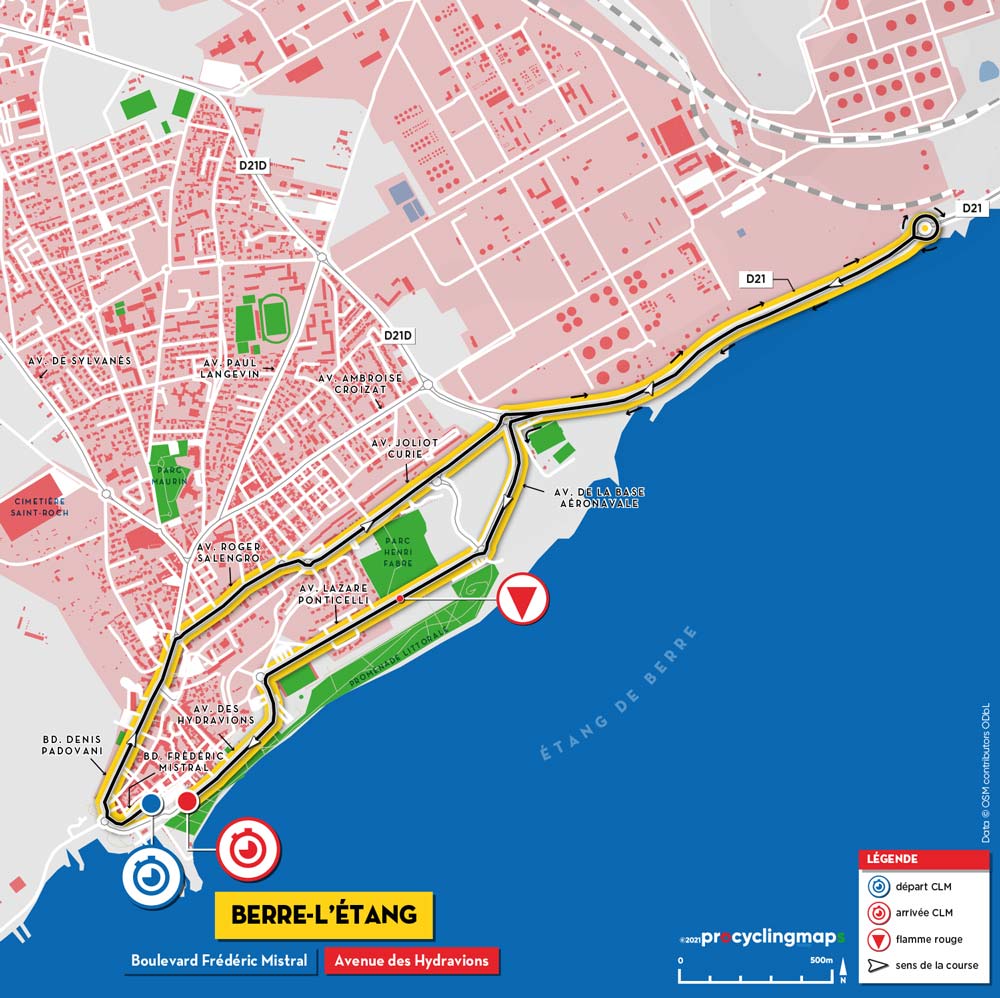 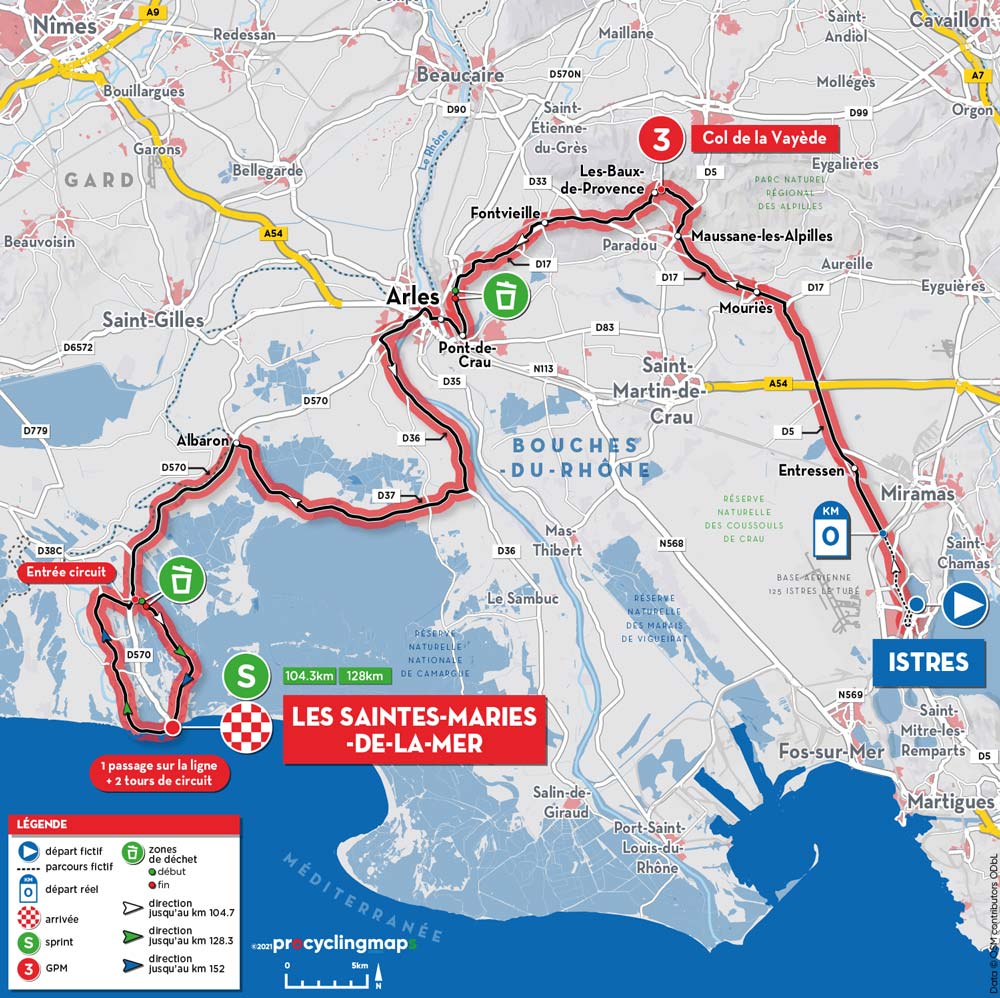 Another French race, another opportunity for echelons on the flattest day. 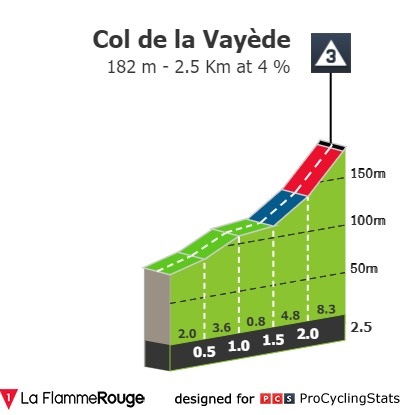 Final kilometres - not sure about this design, if the wind doesn't blow there is nothing to stretch out the peloton ahead of the twisty final kilometre...

A different run-in to last year's stage won by Ballerini, but the final 1.7 kilometres are identical to that stage. 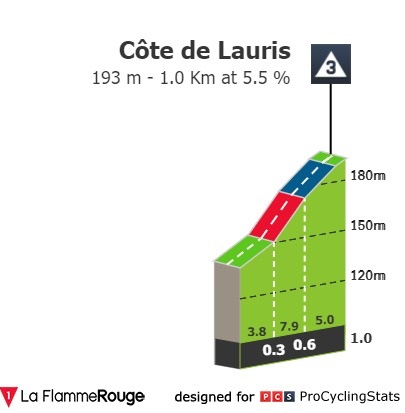 Final kilometres - I seem to remember crashes in the run-in to the line last year... 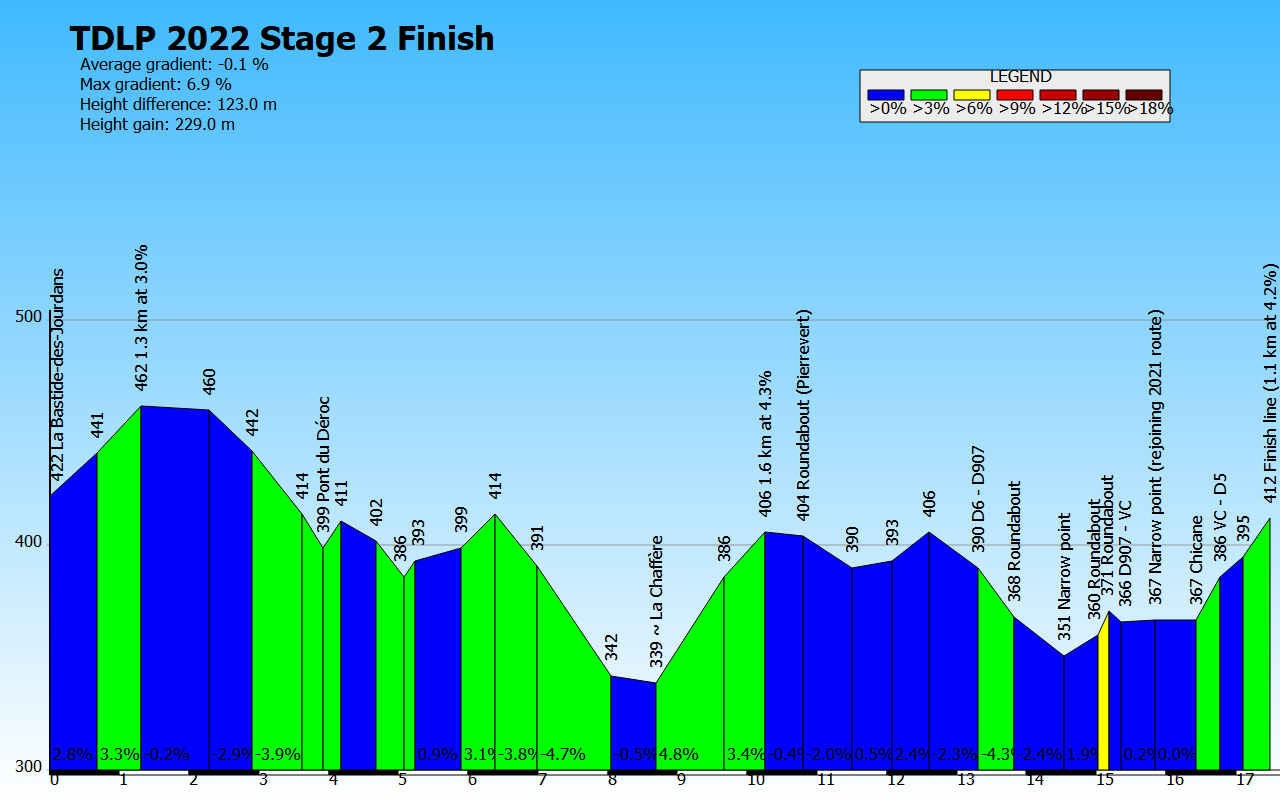 As seen before in Paris-Nice 2009 and 2013. If the profiles are to be believed they are finishing 30 metres lower than in those races, either way, it's at the ski station a few kilometres short of the actual summit. 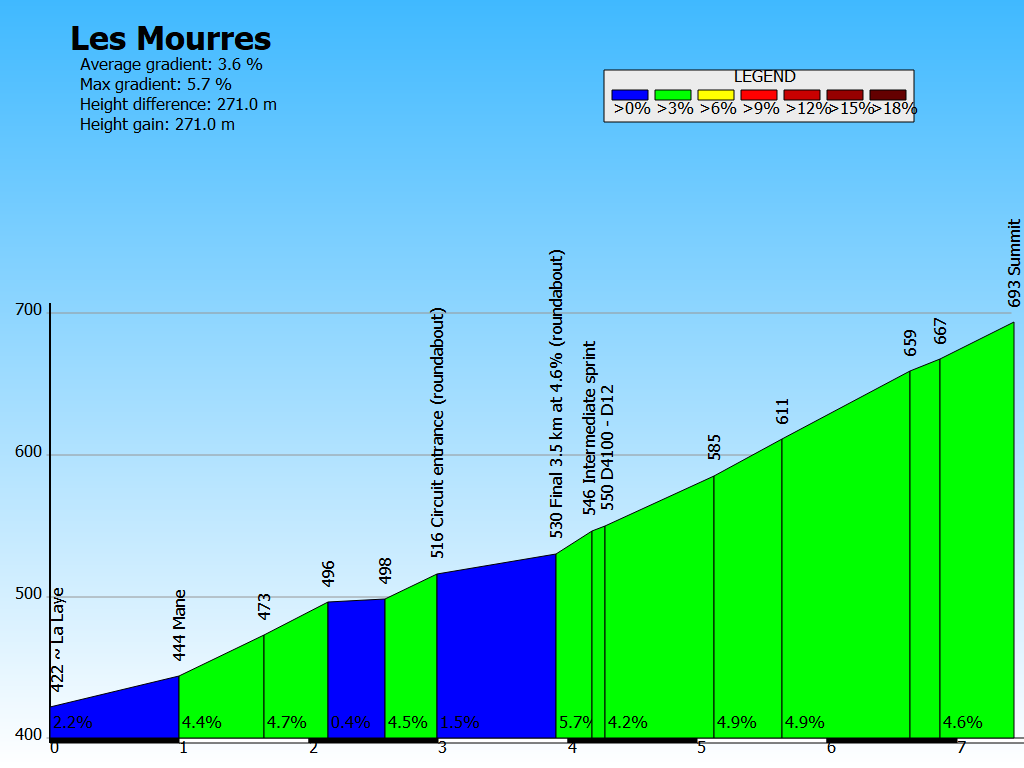 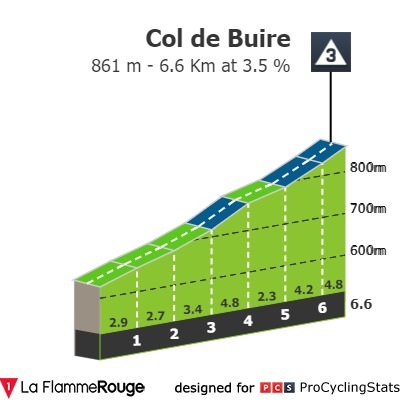 Montagne de Lure (as far as the Station de Lure, 4.2 kilometres shy of the summit)

Once again, great work, Devil's Elbow! This is a neat little race. I'm really excited to see how Hayter goes here, but I also look forward to see if Storer can build on his very impressive Vuelta.
Reactions: Sandisfan and TourOfSardinia

It seems to be a pretty open race in terms of GC favorites and i'm eager to see how especially Van Wilder is going to perform, but also Skjelmose. I expect both in the top 10 of GC. Also wondering about Hayter, Vervloesem, Jorgenson, Florez, Storer and Sheffield.
Reactions: Sandisfan

Fridays stage is basically a guarantee for echelons. One of the most open stages i've ever seen and there's gonna be a lot of wind. Gonna be carnage.
Reactions: Sandisfan, Lui98, Logic-is-your-friend and 1 other person

Yay, first race of the season for my avatar man.
Also I hope to watch some of it because for some reason, probably the light, I love the scenery best at this time of year.
Reactions: postmanhat and Sandisfan
A

Logic-is-your-friend said:
It seems to be a pretty open race in terms of GC favorites and i'm eager to see how especially Van Wilder is going to perform, but also Skjelmose. I expect both in the top 10 of GC. Also wondering about Hayter, Vervloesem, Jorgenson, Florez, Storer and Sheffield.
Click to expand...

In two interviews before and after Besseges Ganna said that he was a reserve for this race and asked the team to be slotted in since they have to replace Bernal that was originally on the startlist but, at least on Sunday when he last spoke, they still had to decide. I hope they take him because i want to see him in action in the echelons since last year's Giro when he shattered the peloton on the Castelluccio plain pulling alone.
Reactions: Sandisfan

A couple of those names will definitely be(come) domestiques.
Reactions: Sandisfan

Will be interesting to see how Quintana starts the season after his surgery. Looks like they are having him race a lot to have him in great shape for Paris-Nice
Reactions: Sandisfan

Interested in Storer as well. Love the young lad Victor Lafay but can't see him figuring here with the TT. Baroncini maybe though.
Reactions: Sandisfan

armchairclimber said:
Interested in Storer as well. Love the young lad Victor Lafay but can't see him figuring here with the TT. Baroncini maybe though.
Click to expand...

Baroncini can climb well on short climbs and tempogrinders, but I still think that at this stage the mtf is too hard for a 75kg guy like him.
Reactions: Sandisfan and armchairclimber
A

Logic-is-your-friend said:
A couple of those names will definitely be(come) domestiques.
Click to expand...

Yes it was a joke. To be fair I can see van Wilder getting some space to ride his own race, and the same might apply to Skjelmose (who could also be a domestique for Ciccone). Hayter i am not sure he will start as he is also on the list for Algarve and the Prov. startlist from Provence seems to include too many Ineos riders. Storer will be interesting as well. Seems like he will get a complete Gaudu free schedule at the start of the season which shows they clearly expect at lot from him.

Personally I am looking forward to see what Ciccone can do. Hopefully he can make his definitive breakthrough this year after all the bad luck he had last year while being in a very good position to deliver some excellent results.
Reactions: Sandisfan

No ballerini for QS neither.

No Ciccone. No explanation why, he's just not on the final lineup.
Reactions: Sandisfan

RedheadDane said:
No Ciccone. No explanation why, he's just not on the final lineup.
Click to expand...

Where do you see that? He's still listed on the website.

Hugo Koblet said:
Where do you see that? He's still listed on the website.
Click to expand...

Apparently Trek had multiple positive tests after Valenciana and has withdrawn anyone who participated there for Provence. Which in this case is Ciccone and Tolhoek.

Hopefully Ciccone Will do another race before Laigueglia in that case.
Reactions: Sandisfan and Devil's Elbow

50km/u wind on friday , pretty insane
Sadly most of it will be head or tailwind, but there's no way the bunch doesn't break into a million pieces next to the ocean between Arles and Albaron.
Thats still more than 60kms from the finish line tho so the question is will it come back together in the tailwind part towards the final circuit.
The final circuit itself is made for echelons but it's mostly tail and/or headwind. Each lap has like 5km where the bunch could break.
Reactions: Logic-is-your-friend

Prologue seems pretty straight forward, in favor of the aero guys that can keep pushing big watts. Not very technical, so not a lot of twisting and turning, not a lot of slowing down/accelerating it seems. 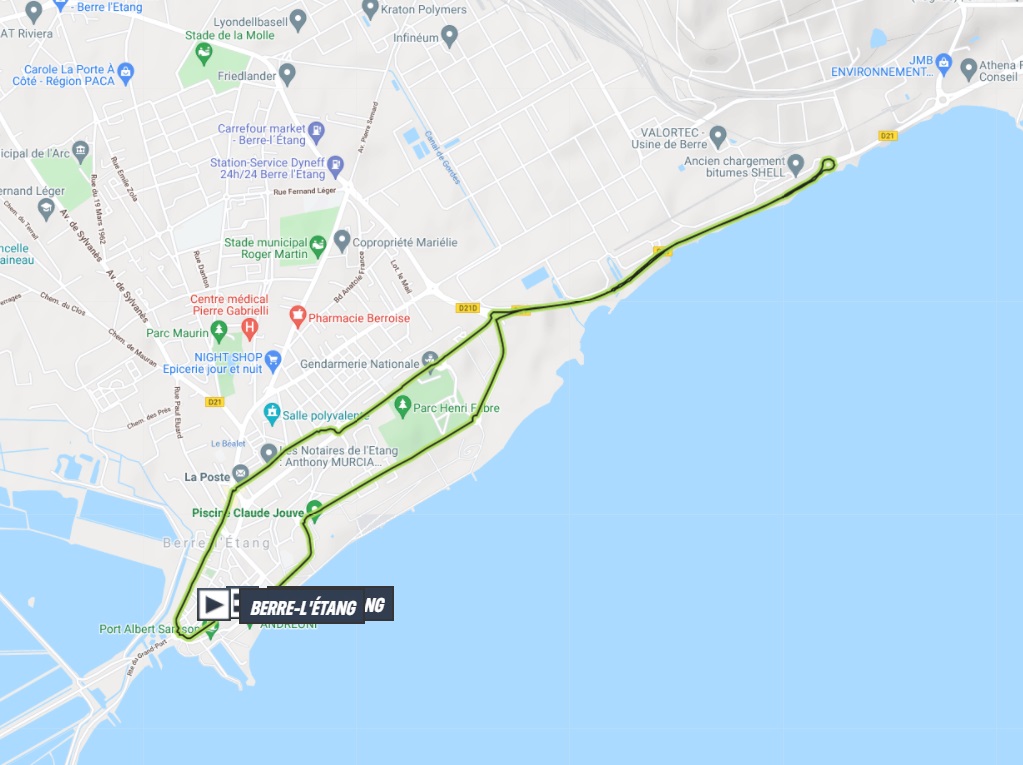 I think Alaphilippe is favourite for the prologue. So #1 Ala, #2 Ganna, I‘d say…

I know Ala is not a prologue expert, but the biggest mistake is to underestimate him on any course…
Reactions: Sandisfan
A

Skijumper Roglic fan said:
I think Alaphilippe is favourite for the prologue. So #1 Ala, #2 Ganna, I‘d say…

I know Ala is not a prologue expert, but the biggest mistake is to underestimate him on any course…
Click to expand...

Of course Ganna is the big favorite for the prologue…
Reactions: Sandisfan and tobydawq
E

Seems that DSM included Stork last minute in the race. He was 20th in Valencia before the last two flat stages..

Hm, seems like Quickstep only have 5 guys on the startlist?
Reactions: Sandisfan

Asgreen and Ballerini both got Covid.

Anyone got a full start-order for the prologue? I tried googling, and I found startlists, stage previews, but no start order for the prologue.
PCS has a "next rider to start" list on their live update, but for some reason you can't click beyond the first five.
Reactions: Sandisfan
You must log in or register to reply here.
Share:
Facebook Twitter Reddit Tumblr WhatsApp Email Link