This is a fantasy league in which you take over one of the 18 World Tour teams, sign up to 30 riders in a series of auctions, and give them multi-year contracts within your total salary cap.

Then you choose 8/9 guys to score for you in each race based on the real-life results, and redo the bidding for riders out of contract and neo-pros each January.

I'm organizing this together with profsl.com - a bunch of American guys who know a bit about cycling and A LOT about advanced fantasy games. We keep it simple so that their heads don't explode, but if this goes well we could easily add more features/races/teams next year.

The rules are not set in stone, this is the first draft.

Salary Caps
Each team starts with zero riders and is equally rich. It can spend €5M per year on salaries. Each team can have at most 30 riders and will start with 3-5 keepers from the real-life team, with real-life salaries.

FA Bidding
Bids are in format of total contract value. The minimum bid is €30k and the minimum increment is €10k. Note that the number of years does not need to be listed until the bid is won. The resulting salary will be the final bid divided by number of years, rounded up to the next €10k. The winning bid will be the highest total contract amount.

Whether each player is auctioned in a separate thread at the ProFSL website or with a one time secret bid is being discussed, see the brainstorming thread.

Contracts
Bidding will be done for players before the league starts and as well as during free agency each following winter. You will be bidding on the whole amount of the contract. Example: If a team bids €4M for Cadel Evans, then that declares that the entire value of his contract is €4M, and they can still choose between 1 year €4M, 2 years €2M per, or 3 years €1.34M per. If he retires earlier, tough luck. Contract guidelines are:

Example: Astana sign Andy Schleck for €2.4M. Based on this amount, they are only able to sign him to a contract up to 2 years, because if Andy's total salary was broken down over 3 years, it would only be €800k per year, not the €1M that is required for a 3 year contract. Nevertheless, if the bid was won at €2.4M then a higher total contract amount can be awarded.

Trades
Two teams can at any point exchange riders and their contracts, as long as it keeps them within the salary cap. The added dimensions would be e.g. taking a risk on a rider you saw shine in a lesser race, or dumping big salaries in preparation for next year's free agency.

Free agents
With enough salary cap space and enough space on the team bus, you can always start an auction for a free rider during the season. You're required to inform all other teams about this.

Teams to choose from, a quick overview of scoring rules, and the calendar: http://en.wikipedia.org/wiki/2012_UCI_World_Tour

In case registration goes slowly, we might want to forget Tour Down Under this year.

III. What to do

(I don't believe in any first come first serve crap, so instead I'll try to decide fairly once everybody lets me know. You'll find the 18 available teams in the Wiki link above.)
G

The game has started, but there are still 2 teams available.
G

This kid still up for adoption. They say he has some talent. 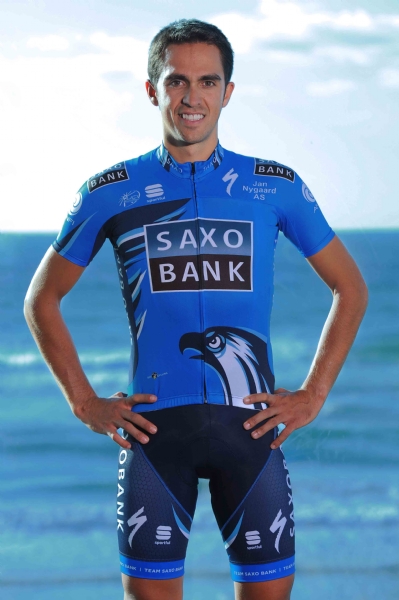 Season 1 is finishing in roughly two weeks. It's safe to say it has been a huge success so far. We're all looking forward to 2013 already, with some new features: more races, possibly more GM's (we were 18 this year, but it's not really fixed), possibly a neo-pro draft, and brand new wave of exciting auctions starting from November 1. If you'd like to join, send me a PM on ProFSL and/or check out the league for yourself: http://www.profsl.com/smf/index.php?board=1107.0
F

I've enjoyed this first season. Certainly gave me a new angle on watching the races when I was rooting for those that would get me points.

The auctions will be great again, I am sure. And then the new cycling season will be right around the corner - this time with HC races also being part of the game!

Fus087 said:
I've enjoyed this first season. Certainly gave me a new angle on watching the races when I was rooting for those that would get me points.

The auctions will be great again, I am sure. And then the new cycling season will be right around the corner - this time with HC races also being part of the game!
Click to expand...

How do new people join?
G

gustienordic said:
How do new people join?
Click to expand...

15 teams on board, but hopefully we can find 2-3 more persons!
J

I'd like to join in. Is there still room available for me?
G

As we enter year 2 of the first and only cycling league on ProFSL, next week we'll hold an expansion draft for any new managers. This is officially the last opportunity to join before the 2013 season.

If you'd like to join, check out the league for yourself: http://www.profsl.com/smf/index.php?board=1107.0
A

Do you need anymore players?
G

asdfgh101 said:
Do you need anymore players?
Click to expand...

Most definitely sir! Please come over and sign up at ProFSL ASAP. I think the expansion draft might be quite exciting in fact!
G

We're nearing the end of year 2.
It's relatively light and low maintenance, but we're having a lot of fun!

Wanna join for year 3? Free agent auctions and a neo-pro draft begin November 1.
Check it out yourself: http://www.profsl.com/smf/index.php?board=1107.0
A

We have one last-minute opening: Katusha with Uran, van den Broeck, Fuglsang, Hushovd, Goss, Goos, Polanc, and over 60% of their budget still untouched. The auctions are very intense right now, so only sign up if you have free time this very weekend.
G

The auctions for year 4 of our league start soon, feel free to sign up here:
http://www.profsl.com/smf/index.php?topic=44212.0
A

2 round neo-pro draft and auction for all remaining free agents (only about 50 riders are under contract for next season).
A

Still one team left plus room for expansion squads.

We're back for our fourth season, bigger than ever before: 20 teams and 79 races. Free agent auctions and the neo-pro draft begin on November 1. Join here: http://www.profsl.com/smf/index.php?topic=44212
G

Happy to report our main league is growing steadily, and nowadays we look into having even more fun with small games on the side. The newest addition is called Quick Fix - a series of independent mini leagues, each focused on a different type of races, and thus potentially more inclusive for casual fans.

So in case you only follow le Tour de France, or if you're some perverted sadist only watching people hit the ground on wet cobblestones - we're not judging, so do join!

At least five completely separate mini leagues will take place in 2016: cobbles (E3, GW, RvV, PR), Ardennes (BP, AGR, FW, LBL), Giro, Tour, and Vuelta. Each will be preceded by a quick draft, with a salary cap in place, and individual salaries fixed depending on past CQ scores of each rider. Again, feel free to join just one, or some more.

The first draft (cobbles) has started today, but unfortunately one person pulled out. We're still 14, but will accept another person within the next 24-48 hours. Please contact me directly via ProFSL if interested.
G

I'm guessing not too many people browse cycling forums in November, so let me start the 2017 recruiting early!

We're coming back stronger than ever. A community of 20 fantastic personalities, and always looking for more cycling die-hards to join us on the dark side, participating in one or more of our fantasy leagues

- Rainbow Cup: straight up snake draft of all cyclists, but their price is fixed based on past results.

- Country Roads: not one, but nine drafts, as all riders get divided into separate pools: sprinters, puncheurs, GC men etc.

- Quick Fix: a series of 5 mini-leagues (cobbles, Ardennes, 3x GT) where you have to guess the next dominant force some weeks before the proceedings.

- Wall Street Cycling: another new idea, and the only league where you can make big changes overnight. You auction riders very shortly before every big race, and get rewarded/penalized instantly based on the investment/result ratio.

Please note I'm not around here very often, so in order to join you MUST sign up to ProFSL and contact me there using the links you'll find in my opening post. (Everything's free, btw.)
G