TourOfSardinia said:
Next year will be different
they start in Alghero the Catalan speaking city in Sardinia!
No big hill but a great place.
Click to expand...

Not many one-week races venture abroad. I remember the Tour of Poland once having stages in Italy, and I think in Slovakia. The Tour de Suisse often visits Sölden in Austria but otherwise this probably doesn't happen a lot.

Edit: And how weird that there is a Catalan speaking city in Sardinia?!
Click to expand...

Catalunya is probably the most consistent week-long stage race for going abroad - it regularly heads over the border into Andorra for a MTF (Arcalis, La Rabassa, Pal, Els Cortals and Arinsal have all been used), though that was much more frequent when the race was in May/June for weather purposes (though there was a Pal MTF in 2011). They've also done a few stages in to French Catalan terrain and even French terrain outside of Catalan land (Luchon - I think there has been a Superbagneres MTF one time).

The Itzulia also sometimes travels into Iparraldean territory, though seldom has any stage starts/finished there.

The Tour de Suisse has made the Rettenbachferner into its usual overseas summit now, sure, but they've used a variety of overseas stages over time, in Italy (stages to and out of Varese back in the 90s), Austria (finishes at Serfaus and Rettenbachferner) and Liechtenstein (Malbun). Austria likewise was regularly used by the Deutschlandtour, with Hochfügen also hosting an MTF after the Sölden contracts ended. The Tour de Slovénie has also crossed into Austria to finish at Villach back in the early 2000s. Back to Switzerland, the Tour de Romandie has had a few stages start or finish across the border in France, including one of the most decisive stages of the 2010 race.

The Vuelta a Castilla y León has had a few stages in Portugal of late (including one to Fuentes de Oñoro that entered Spain literally in the final kilometre after its entire duration in Portugal), and likewise a couple of the Portuguese short stage races like the GP CTT Correios de Portugal started in Galicia during the boom period of Spanish and Portuguese cycling, before Puerto. The Ruta del Sol was, in 2010, planning a short time trial in Gibraltar (!!!) but due to a withdrawal of funding this never went ahead and the TT was held back on the race's usual soil instead.

At the lower level we've also seen the Tour de Bretagne start with stages in Jersey, while the Quatre Jours de Dunkerque and the Driedaagse de Panne-Koksijde both switch over the French-Belgian borders from time to time, impinging on one another's traditional terrain. Paris-Nice also occasionally crosses into Monegasque territory, though I don't know if they've ever had a stage start/finish there. The Giro della Valle d'Aosta has at least one annual stage in France nowadays, and has at times had one in Switzerland.

Also let's not forget the Giro Rosa, which though the only GT in women's racing is 10 stages long, so more than a week's race but not a GT; back in the early 2000s with Nicole Brändli a prominent name, there were a few stages in Switzerland (including a bonkers mountain TTT in Leukerbad in 2004), and more recently in 2015 the Giro started with two stages in Slovenia.

Gigs_98 said:
Never been a big fan of this race. The route is usually rather boring, they always use huge highways and in general the most boring looking streets and the racing is usually rather predictable. It's one big mtf with action on the last 5 k, maybe another day with some minor gc action and that's it. Of all the wt one week stage races in spring this is probably my least favorite
Click to expand...

Maybe it's because I prefer stage races with ITT's (they usually don't have one here, correct?), but I've never taken much interest in this race. You have P-N and T-A to really kick off the serious one week racing, and then later you have P-V. Catalunya just seems to be the one in-between that doesn't mean as much. From memory it also doesn't seem to be a great indicator for the Giro or the Tour (let me know if I'm wrong though).
Click to expand...

Catalunya is on par with those races. It is WT race right from the start, and was an important race always. Roll of honor shows you that: Canardo, Poblet, Anquetil, Merckx, Ocana, Gimondi, Moser, Kelly, Indurain, Jalabert, Heras, Valverde, Purito were among the winners. Field is always stacked with best climbers and GC specialists, and racing is often quite interesting.
And as an indicator for Giro or Tour as you say, I don't remember other races (PN, TA, PV) being better indicators... 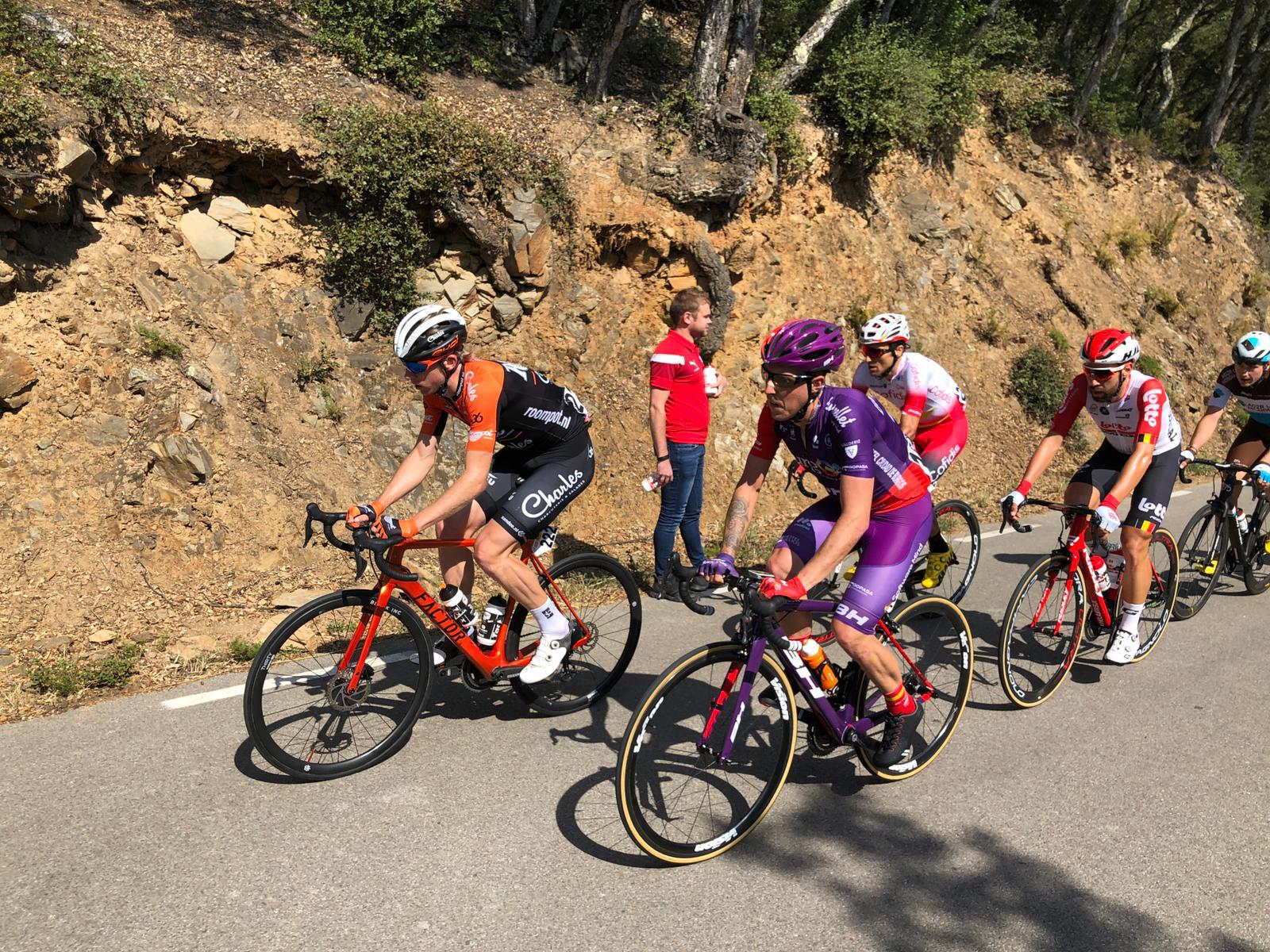 Pantano has become a joke.
S


DNP-Old said:
Pantano has become a joke.
Click to expand...

Yeah, they not catching De Gendt

Sure the GPS can be off, but over such a distance, surely it can't be off more than a minute.

Lol, they better close this down to a minute or two.

If De Gendt gets 4-5 minutes, he might even be able to defend this in the upcoming stages

They'll be happy to know they have cut the gap by 9 seconds the past 6 kilometers, lol
S

Two bonus seconds to Bala. And one to Bernal?

Any live stream?
Thanks.


Escarabajo said:
Any live stream?
Thanks.
Click to expand...

It's on Europsport, so i imagine it's also on TIZ
http://tiz-cycling.live

Escarabajo said:
Any live stream?
Thanks.
Click to expand...

It's on Europsport, so i imagine it's also on TIZ
http://tiz-cycling.live
Click to expand...

Thanks. I am in Colombia now and the normal platforms that I use do not work!

De Gendt broke their spirits. They just gave up the chase alltogether

HelloDolly said:
It will be the Yates versus the young Colombians (Bernal, Quintana, MAL, Sosa) with Dan Martin and Valverde doing a sterling (non wining) job as they always do in Catalunya before the Ardennes
Click to expand...

What sterling, non winning job as always are you talking about?!
Valverde won 2 overall titles + podium + 8 stages in his last three appearances!!!
What is winning then, if this is non winning?!
Click to expand...

Keep your hair on...I know Valverde and Martin have won the race before
I mean that this time I dont see them wining ...but they will do a very good job...that is all

Nothin but love for De Gendt. Such a classy breakaway specialist. Always doing his thing and not holding back.
S

If he survives Vallter stage and still hold the lead after it, I think they gonna have a hard time taking the GC from him lol
You must log in or register to reply here.
Share:
Facebook Twitter Reddit Tumblr WhatsApp Email Link