Quick thread. Race is on!

Only full profiles for each stage.

Vollering takes the win in a three-women sprint with Rooijakkes and Faulkner.
Lippert lead the peloton home 41 seconds later.
Y

I expect the next two stages to be full of attacks as three or four teams have multiple riders back on 41 seconds - I expect stage two to be a cracker.

If it's any consolation I was going to pick Vollering in the prediction game.

But then, when don't I pick Vollering in the prediction game?

Libertine Seguros said:
But then, when don't I pick Vollering in the prediction game?
Click to expand...

Hopefully - for you - when she's not racing.

Vollering finishes it off again while Baril takes her first WWT podium. 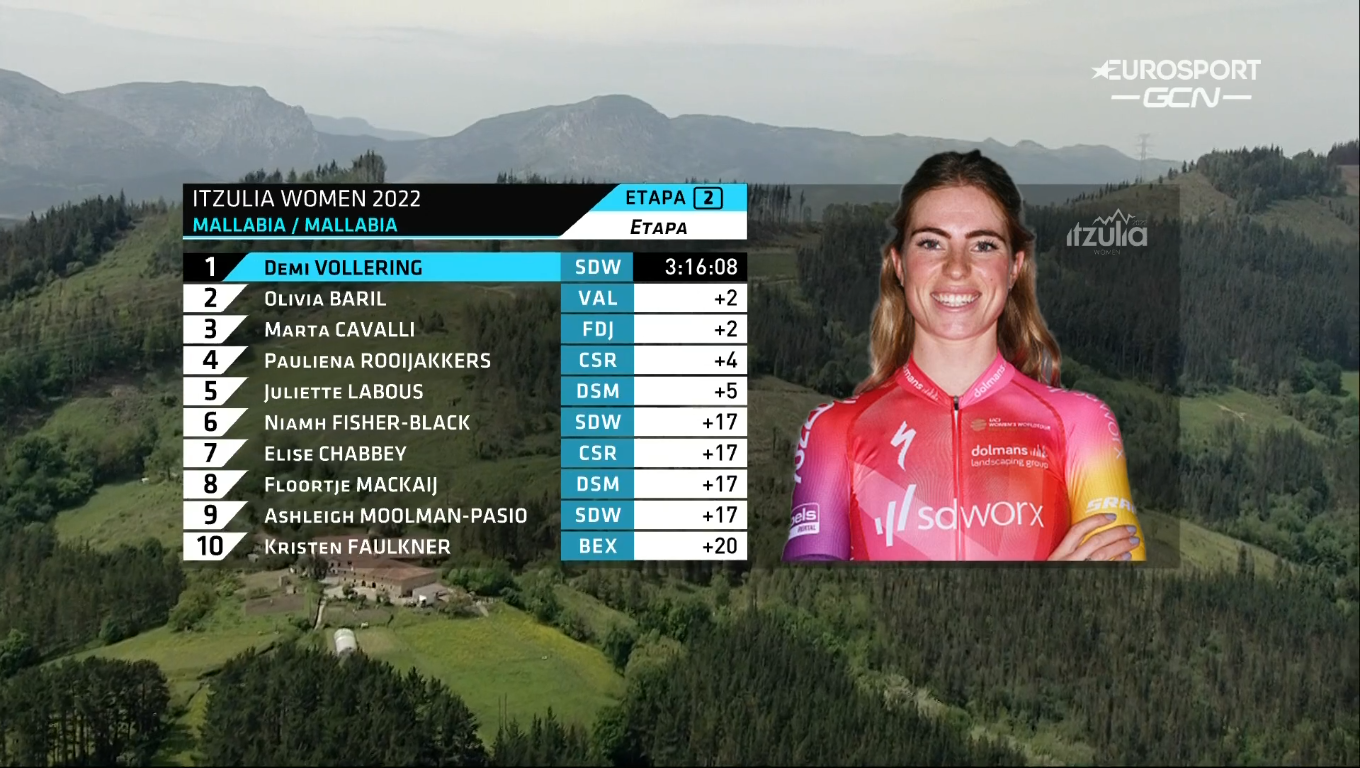 This is cycling, no podium on stages, podium only in GC

Demi-Goddess obliteration. Once more Lippert is best of those that can't go with Demi's acceleration, only this time it's good for 2nd as Vollering was just too good for anybody else today rather than relying on the 100% chance of beating Pauliena Rooijakkers in a sprint (I love Pauliena, but her sprint is Longo Borghini-esque). Best career GC result at this level for Pauliena, she's been having a great season and a well-earned one as well. She's a rider whose results have never matched up with her talent because her skillset was tilted away from parcours tendencies in women's cycling, and as races have got tougher she's become a more integral part of the team and has worked hard to earn herself her own chances. The important figures for the GC come in in the group with Liane so the GC is pretty much unchanged. Kristen Faulkner therefore gets a GC podium to capitalise on the super form she was showing coming into the race, her second GC podium at the WWT level after last year's Tour of Norway, again a climbing race thanks to the Norefjell MTF, but she hasn't shown the durability just yet, climbing off or crashing out after disappointing mountain showings in both the Giro and Ceratizit Vuelta Challenge last year - but she's a late convert to the sport and so room for improvement is ample and she's starting from a pretty good position in terms of what she's been able to accomplish in her first year on the WWT (although TIBCO, where she's been the last two years, ride a pretty good calendar in fairness).