Vinhas, Mestre and Benta down, should be inside the last 3k though. W52 still pulling into the last kilometre so anticipate so.

And (eventually) it pays off, and we're going to see W52 trying to 2012 Sky this I think, with Balarcón in the leadout and Samuel Caldeira winning the tightest of photo finishes against Parrinello, with Stéphane Poulhies being the benefactor of Armée de Terre's work for 3rd place. César Fonte, Alarcón and Antunes up in the top 10 as well to prevent being caught out in any splits. 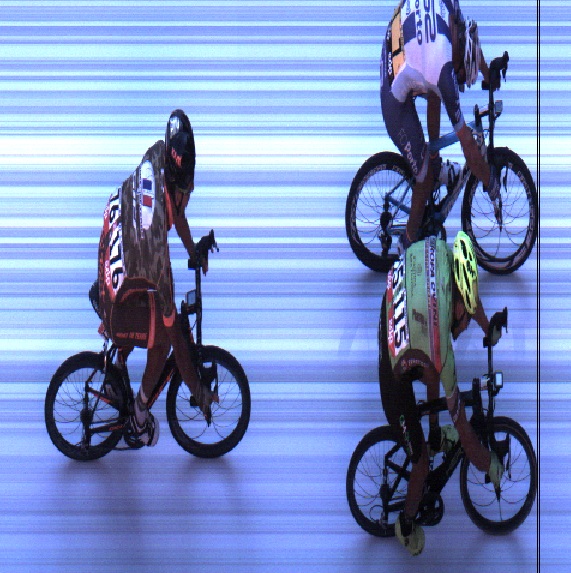 Does Poulhies have to ride a kid's bike, because by Volta standards he's a child?

I miss the days when riders like Cunego, Tiralongo, Marzano or Petachi would come to the Volta to prepare for late season goals. It's a shame not to see better foreign teams but it's a really hard and long race to send a team here unless you have sponsorship issues.

Still, I'm looking forward to the Fafe stage. Viso is a really irregular climb the run in to the finish should be really explosive.

Regarding the winners, I would love to see Antunes winning and Figueiredo taking a stage somewhere. But I actually hope they don't so that some PCT/WT will get them for the next season


Ricco' said:
J'Alaphilippe and B'Alaphilippe. What a nice combo of brothers.
Click to expand...

They have the same number of victories this year.

Nice win for Bryan, I have him on my velogames team for the Volta.


Guillaume33 said:
I've read somewhere that Edgar Pinto is not in good shape, due to health problems before the race
But he finished 17th yesterday, not so bad, so wait and see
Click to expand...

Pinto's out already, so indeed his shape was poor. Maybe he could produce a good prologue but the recovery just isn't there.

Guillaume33 said:
I've read somewhere that Edgar Pinto is not in good shape, due to health problems before the race
But he finished 17th yesterday, not so bad, so wait and see
Click to expand...

Pinto's out already, so indeed his shape was poor. Maybe he could produce a good prologue but the recovery just isn't there.
Click to expand...

He crashed badly yesterday. Afaik, that's the reason for his DNS.

Yes, he had a serious cut in his face and I think he hurt some vertebras.

Yeah I think Pinto had some quadriceps/knee problems to the crash yesterday in the final km.

Tomorrow should be a decent stage with the MTF although the run in is rather easy this year without Alvão or Campanhó to make the legs a bit heavier. We should be in for a hell of a fast climb, looking forward to see those W/kg.

I fear for the portuguese people...

Trump will send the F-16s tomorrow, responding to a presumable nuclear launch on Monte Farinha.
M


Ricco' said:
I fear for the portuguese people...

Trump will send the F-16s tomorrow, responding to a presumable nuclear launch on Monte Farinha.
Click to expand...

Nuno has given his team black jerseys for today. He calls them B52 from now on.
B

I think people are grossly exaggerating how peculiar, picturesque and insular the Volta is these days.

Sure, 25-30 years ago, the Portuguese scene was a world apart in terms of tactics and race strategy, organization, etc. Back when the visiting foreign teams would fret in a bemused fashion on how Portuguese riders didn't know how to race in a peloton; and they were absolutely correct. I don't think that's the case nowadays - sure, there have been some bizarre tactics here and there, but that happens in the WT as well. Teammates attacking teammates - just in the last GT there was plenty of speculation about such a situation. And was for the longest time, till very recently I daresay, a world apart in regards to clinic issues - a gap that would increase post-Festina, then post Puerto and biological passport. Nowadays, for better and for worse, I don't think there's any meaningful gap. It's just another low level domestic race. Sure, it has its oddities - the length and whatnot, the DS live interviews, how incredibly weak and young the foreign teams are, even vis a vis an already very weak domestic field and the odd contrast that makes with such a long race - but it's not like racing in Iran.

And those comparisons made every year between the wattages at Mt. Farinha and what Froome and Quintana put on up the Ventoux are absolute poppycock. It's an easy smooth short climb in a 10 stages + rest day race where climbs that would be categorized in WT stage races are rare. Of course some half decent guys at the very peak of their form will just spring to the top.

Gustavo Cesar Veloso has always been a quality rider, a WT talent with a pretty well-rounded skill-set - 10 years back he was winning Cataluña and the Xorret de Catí - I don't think there's anything odd about him dominating the Volta last few years as he clearly has a better pedigree than the rest of the field. I think he got his career derailed by Puerto, plus the economic crisis, and the ensuing implosion of the Spanish peloton and pro road cycling scene. I like him, good rider and seems to be a very civil fellow - thought he showed a lot of team spirit (or perhaps discipline, tomayto, tomahto) last Volta - basically gifted the victory to a teammate by only attacking to stage wins till the last ITT when he was easily the strongest man in the race. One of the biggest demonstration of esprit de corps I've seen in a long time.

The age thing is also expectable - any Portuguese rider with a modicum of talent is riding abroad, so the supply was short-circuited. See the above paragraph about how Portugal became a refugee heaven for some decent Spanish riders and a lot of oddities are explained away.

Even the one team dominance and talent hoarding is pretty similar to what happens in the WT.

A propos, I don't think Amaro Antunes attacked Alarcon on the Arrábida stage - he was trying to bridge to Alarcon. I think they miscalculated the gap because it was a quick descent with plenty of curves - when Amaro realized he wasn't dropping Nocentini and Paulinho and that Alarcon was close, he stopped. A bit of a faux pas, but nothing particularly uncommon. It was like Sagan attacking instead of pulling Majka's group in the last stage of the TdP except not consequential at all.

I thought Armée de Terre was having a good season by winning in lower level races I enjoy following - Tro Bro, An Post Ras, Torres Vedras, Volta and such. Then I checked their season on PCS - my goodness, what a fabulous season in these small races. Three HC wins plus sixteen .1 and .2 race wins, including in some of the harshest races around.


trevim said:
Regarding the winners, I would love to see Antunes winning and Figueiredo taking a stage somewhere. But I actually hope they don't so that some PCT/WT will get them for the next season
Click to expand...

I've heard from a reliable source that Amaro Antunes is in talks with Dimension Data - probably will get a deal done after the Volta. Should have left 2 years ago I think.

Time to fire up the afterburners.

My body is ready.

Hilarious despite its predictability

Porto found a new young talent to take over from Veloso!

Veloso just passed the torch. Thanks for the memories champ.
M

B52 dropped its bombs.

I'd like to point out the wonderful performance by the young talent Nocentini. Truly one for the future.
If he plays his cards right he may one day become the heir to Rebellin

Was that Paulinho looking dead at the end for Efapel? Plenty of time to learn for the youngster
M


classicomano said:
Veloso just passed the torch. Thanks for the memories champ.
Click to expand...