Red Rick said:
But is it more or less stupid than where they put the KOM of the Alto de Oncala
Click to expand...

Oncala is a double summit. There are a few such oddities in Spanish cycling. A bit like the "MTFs" where the actual finish is a kilometre or two downhill from the genuine summit (Xorret del Catí, Arrate), there's often a 'summit' which is actually below the peak of the road, like the Ixua summit from Matsaria in the Itzulia, where they actually join the road across the summit of Arrate (actually called Usartza), but turn left towards Eibar rather than right to Arrate, before turning right again away from Eibar toward Etxeberria, climbing the last 400m or so of Ixua, and putting the GPM at Ixua rather than Usartza (to separate it from the final climb which goes over Usartza and then descends into Arrate). The La Molina finish in the Volta a Catalunya is similar, La Masella is the actual high point of the road, but they don't put the GPM until the La Molina station which means 2km of descent and then a short 400m or so kick up on the circuits as they don't go all the way to the Font Canaleta high point on that road in the profile (though that's still lower altitude than La Masella!). The Puerto del Cubillo is another one, very infrequentlly seen as it's in a seldom-used part of the country between Teruel and Cuenca, one of Spain's biggest backwaters (there's a movement to improve infrastructure there called "¡Teruel Existe!") - it's about a 6km climb but the 'summit' of the actual pass is about 3km further down the road, at lower altitude.

There was an absolutely hilarious one in Settimana Coppi e Bartali in about 2010 I think, struggling to find the profile now. There was a climb which was steep and reached its peak, then a descent almost as long and steep as the climb, then a shorter, shallower and lower altitude climb, which was categorised as though both were part of the same climb and the summit was somehow lower.

Edit: here we are. Stage 3 was even more ridiculous, I'd forgotten that!

I want to pick Mas/Valverde as a duo choice.
Reactions: perico

BlueRoads said:
These are the profiles for the first three of 18! stages:
Click to expand...

18! stages would take more than 17 1/2 trillion years to complete (without rest days)

And they call the Giro La Trofea Senza Fine
Reactions: richwallone, Kaptain Kool, tobydawq and 3 others

Koronin said:
I want to pick Mas/Valverde as a duo choice.
Click to expand...

Me too. I’d be happy with any of the three.
Reactions: Koronin

And they call the Giro La Trofea Senza Fine
Click to expand...

Adam Hansen vs Thomas de Gendt it is then.

And they call the Giro La Trofea Senza Fine
Click to expand...

Well no, they don't really call it that way but ok.

Didn't we establish not that long ago that the Giro really ought to just continue for all eternity?
Reactions: Sandisfan

SafeBet said:
Well no, they don't really call it that way but ok.

He means the Giro trophy.

EF really outdo themselves. The race (a Grand Tour!!) starts tomorrow, and still they have not announced their lineup.
Reactions: Sandisfan and search

tobydawq said:
EF really outdo themselves. The race (a Grand Tour!!) starts tomorrow, and still they have not announced their lineup.
Click to expand...

They'll rock up to the sign-in for the first stage tomorrow like; "So, how many did you guess?"

I suspect they'd actually have to tell the organisers before that.
Reactions: Sandisfan

tobydawq said:
He means the Giro trophy.
Click to expand...

Yes and he's transgendering it
Reactions: Red Rick and tobydawq

SafeBet said:
Yes and he's transgendering it
Click to expand...

I noticed that but didn't think that was your point

Three teams have more than one potential winner: Jumbo, Ineos and Movistar. These three will probably dominate the race. EF has a rather strong team as well. Other contenders are Pinot, Vlasov and maybe a reborn Chaves.

The course is weird. It's a tough first week with several mountain stages, with the double Aubisque-Tourmalet as the climax on Sunday. I hope crossing the French border won't be a problem. The second week has three mountain stages, with the Angliru as its climax, again on Sunday. The third week starts with a crucial time trial with a murito finish, but the final five stages are underwhelming. Whoever has the red jersey after the time trial will probably win the Vuelta.

The sprint stages will go to Bennett, Ackermann and Philipsen. Possible stage hunters are LL Sanchez, Costa, Formolo, Stybar, Wellens, Terpstra and Valgren. I'm not exactly hyped for this one, but I hope it can go through to the end.

tobydawq said:
EF really outdo themselves. The race (a Grand Tour!!) starts tomorrow, and still they have not announced their lineup.
Click to expand...

seems like the provisional lineup is (more or less) correct at least, though. I just checked their social media, and can confirm anyone but Docker (nothing on his Instragram/Strava, so could be there or not) is in Pais Vasco.

SafeBet said:
Yes and he's transgendering it
Click to expand...

My apologies to the trophy, unless, of course, it identifies as female.
Reactions: Sandisfan and SafeBet

Nice route. Let's fly Carapaz.
Will be a greater race then the Giro.
R

Almost went for Pinot mainly because there's no pressure on him but then i believe he's a French reincarnation of Cadel Evans which means his only GT win will be le Tour at the twilight of his career. I finally decided on Dumoulin than Roglic because Roglic's recovery is a bit suspicious while Dumoulin is very stable, good on steep gradients and was the only guy after Pantani to even come close to a Giro/Tour double (twice 2nd). I believe Carapaz will only reach a podium and Marc Soler (!?) will fill it up.

I hop that in the coming years Vuelta will have Covatilla as a MTT because it's LPBL bad and especially terrible as the last GC stage.
Reactions: Sandisfan
W

Lequack said:
Write Valverde off at your own peril. Without Quintana slowing him down, there is no knowing what he might do.
Click to expand...

He looked slow enough on his own at the Tour.
Still, anything is possible at the Vuelta. I'm expecting an even wackier top 10 than the Giro here.
Reactions: Sandisfan

Forever The Best said:
I hope Froome goes off the front like a rocket on the first km of Arrate.
Click to expand...

Deep down, we all do.

Forever The Best said:
I hope Froome goes off the front like a rocket on the first km of Arrate.


gregrowlerson said:
Deep down, we all do.
Click to expand...

That's not the right way to do it though. Follow attacks, suck wheel, full gas on the descent, first through the last two corners and bam! 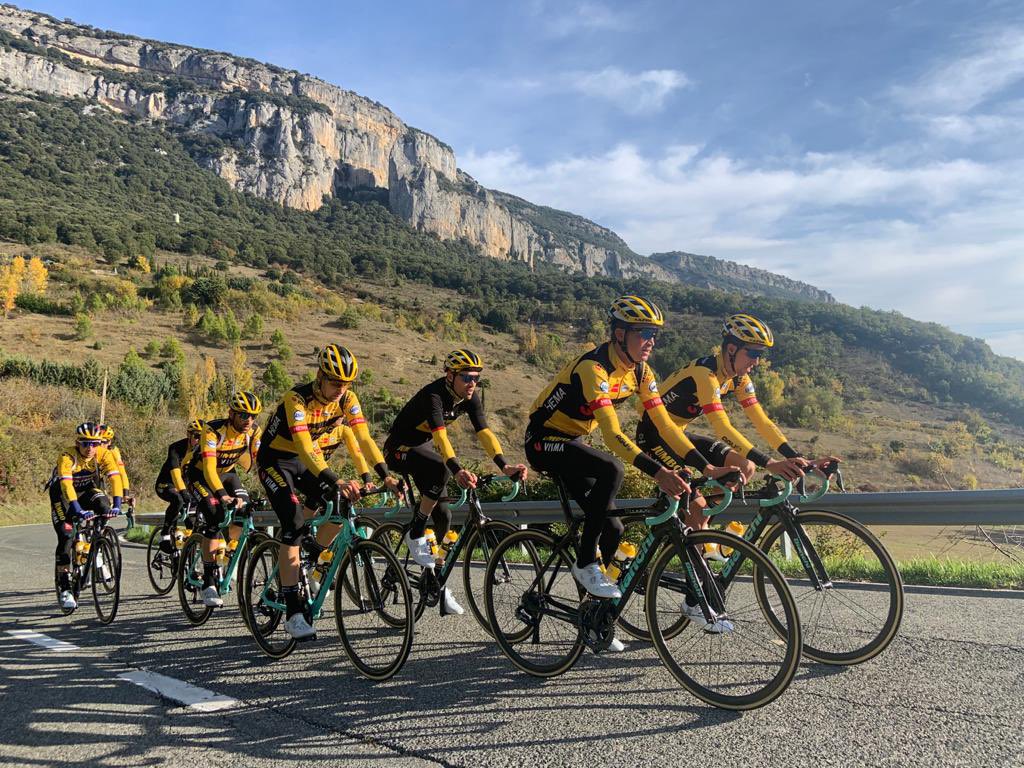 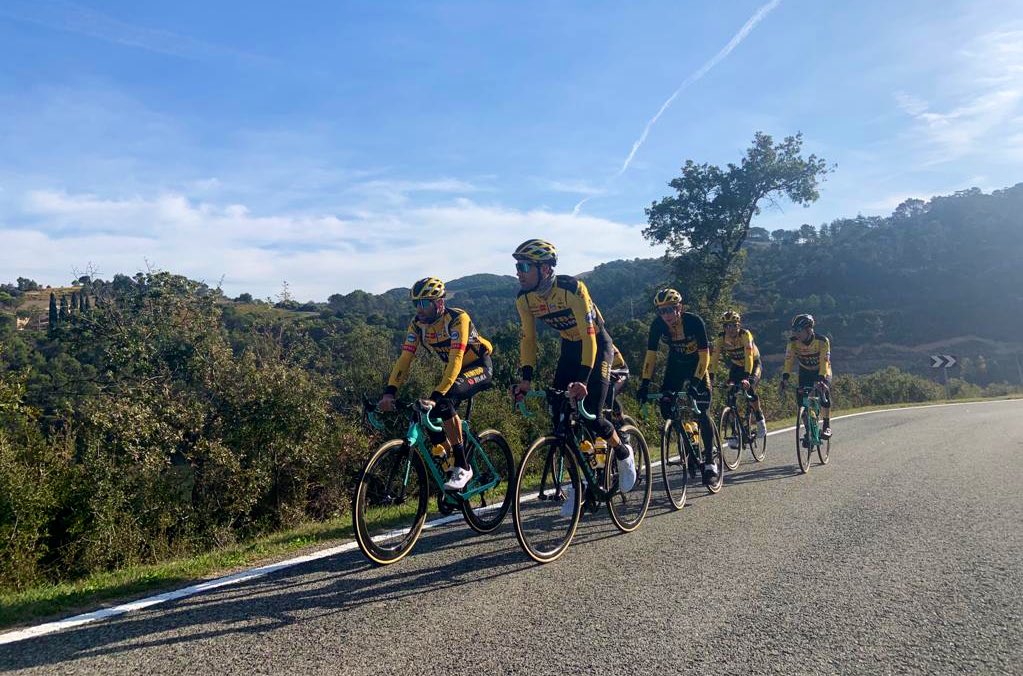 They really should have found a way to start the race today it seems like such a no-brainer with the giro on a rest
Reactions: Sandisfan, richwallone, Luthor and 2 others
Z

Well there should be at least two fast sprinters there, unless Bennett has been in the beer since the Tour. Maybe three if Philipsen is good. GC riders seem like a complete form lottery, loads of big names many of whom will be getting dropped like Simon Yates with Covid.
Last edited: Oct 19, 2020
Reactions: Sandisfan
R

A shame we have Direct Energie's B team going instead of Euskaltel.
Reactions: Sandisfan and repre
Z

DQS seem to be sending a traditional for them sprint train / classics squad but they have a couple of climbers in there. Anyone know if Bagioli or Cattaneo will be trying a GC ride? Or are they just there to make the stage hunting more flexible?
Reactions: Sandisfan
You must log in or register to reply here.
Share:
Facebook Twitter Reddit Tumblr WhatsApp Email Link