Lots of big names put the final touches to their Worlds preparation on a course that shares a few climbs with that race. In other words, let's have a thread for it this year. 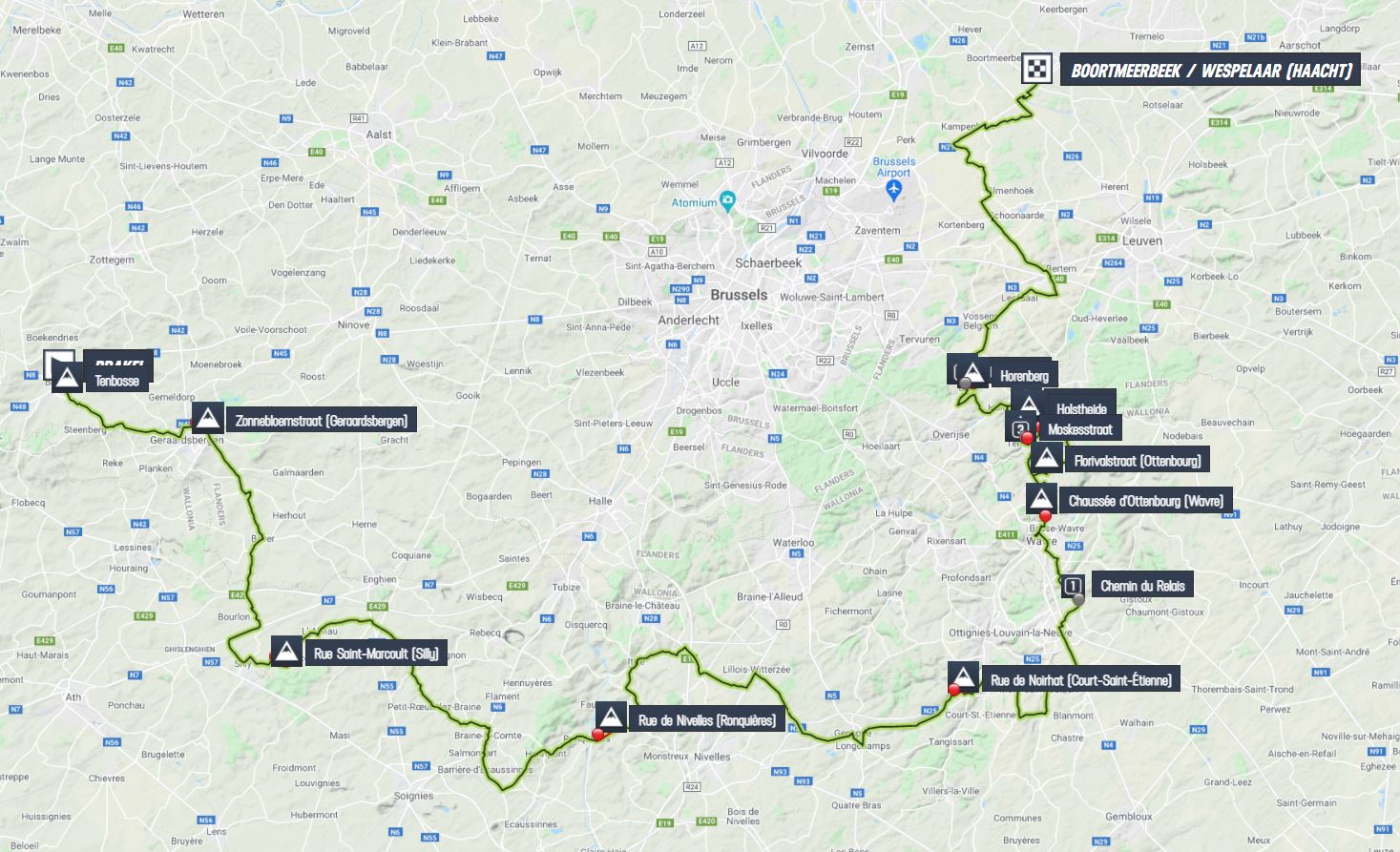 The start is in Brakel, and so the race starts with the most famous hill in town - Tenbosse.

The route leaves Ronde country without any other classic climbs, instead passing through Geraardsbergen via the wide Zonnebloemstraat.

After this, the riders spend about 100 kilometres in Wallonia. Most of this section is easy, with only the Rue Saint-Marcoult... 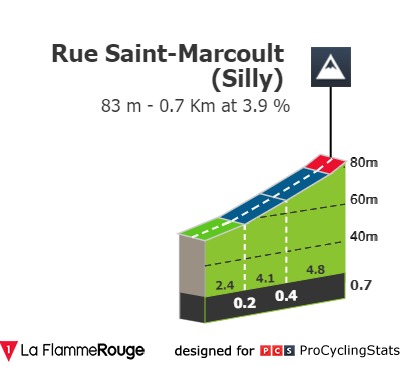 ...and the Rue de Nivelles remaining in the first half of the race. 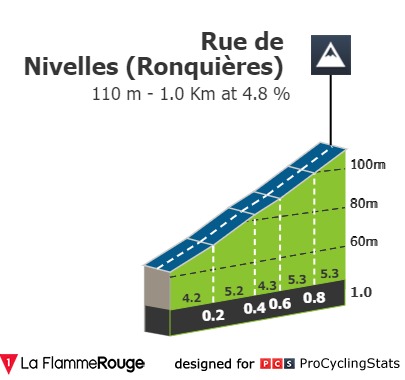 Halfway into the race, there's the Rue de Noirhat.

This is followed by an uncategorised climb out of Beaurieux, which is the first 2.6 kilometres of this profile. As the Flemish border draws closer, the route becomes hillier. The central zone of the race starts with the cobbled Chemin du Relais, at just over 80 kilometres to go.

This backs into a rolling section, a descent into the city of Wavre and the next climb, the steep Chaussée d'Ottenbourg.

From here, it's straight across the linguistic border and onto the hardest climb of the day, the cobbled Moskesstraat. Better-known for its role in the Brabantse Pijl, this is also the first of three climbs on the route that's shared with the Flandrien circuit at the Worlds.

The next two climbs follow almost immediately after, first the Holstheide...

...then the second Worlds climb of the day, the Smeysberg.

There's a bit of breathing room ahead of the next hill, the easy Florivalstraat.

From here. it's straight on to the second time up the Moskesstraat-Holstheide duo, but this time the riders continue north instead of looping back up the Smeysberg to take on the cobbled Bekestraat, the final Worlds climb of the day.

This backs directly into the Horenberg, the final climb of the day, 36 kilometres from the finish line in Haacht. This makes for something of a Kuurne-like race, something that is reflected by the nine editions since the race was reintroduced in 2011 (as a 1.2 race, the first pro version came one year after): three sprints and six selective editions (five if the semipro edition is disregarded). Having said that, this is the hardest route the race has ever had, making it somewhat more comparable to what we'll get eight days later.

Do you know the estimated finish time and if there is a broadcast (Belgian feed)?

mans thanks for the write-up!

Sciatic said:
Do you know the estimated finish time and if there is a broadcast (Belgian feed)?

Wonder how Mathieu stacks up against this level of competition. Seemed to cruise to the win in his last race. This will be a true test against the world champ and co.

It won't be race-deciding, but no need to be unkind about it.
Reactions: Sandisfan, RedheadDane, glassmoon and 1 other person

So, Van Poppel is in the break. Sébastien, that is.

MvdP looks a bit stronger than Ala... it's a good sign after his back issues.
Reactions: Sandisfan
S

glassmoon said:
MvdP looks a bit stronger than Ala... it's a good sign after his back issues.
Click to expand...

Perhaps not quite that bad
B

How does he looks bad? He probably wasn't positioned all that great, but he came back easy.

So Quick Step has 6 guys in the first group but instead of making sure you create a gap together first they start attacking?
Reactions: Sandisfan

Bonimenier said:
How does he looks bad? He probably wasn't positioned all that great, but he came back easy.
Click to expand...

He was positioned well in the beginning, he fell back. Naah, I'm glad if I'm wrong but he looks very far from his best.

Samamba said:
So Quick Step has 6 guys in the first group but instead of making sure you create a gap together first they start attacking?
Click to expand...

Think they haven't won much as long as AF has two fast guys in the mix, they need to wear them down.

For this race, things are looking really good for Quick Step with so many riders in the front group. Senechal might be a good bet.

That should be the winning group, though all the climbs are done.

Four Deceunincks should be enough to control an isolated Van der Poel, especially with only three other riders.

Edit: five from eleven with Nizzolo + teammate there is very slightly trickier, but should still cause them little trouble.

Make the gap a bit bigger first, than start attacking and I doubt Vanderpoel can win this.
B

how i hate this dirty team. Ruining every classics race since forever.
Reactions: Sandisfan, Carrick-On-Seine and Bonimenier
O