The your favorite car thread

krebs303 said:
That looks like near the entrance to Chantry Flats or Angeles Crest. It's been a long time since I've been to either.
Click to expand...

I think it is just after the bridge on Lower Big Tujunga Road. An over the top FORD GT wouldn't hurt anything. Would it?

1974 MGB GT (before the plastic bumpers) 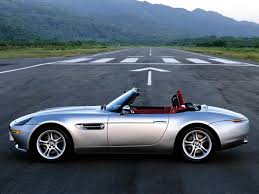 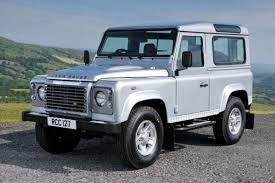 rickshaw said:
1960s Ford Falcon... kind of the "anti-car". I loved the image of it returning to the earth.

I drove a 4 door 1965 Ford Falcon for several years when I was in college back in the 80's. Inherited it from my grandfather. My parents drove it back to Michigan from California. 170 cubic inch engine that you could fit another passenger under the hood such was the excess space left in the engine compartment. Was the easiest car to work on that I've ever had.

Absolutely no heat during those cold Michigan winters so I had a wool Univ. of Michigan blanket handy for those extremely cold days. It was great in the summers though. White exterior with an acqua interior. Plates were of course originally California plates (PIG-940) so naturally the name "The Pig" was a given. Great memories!

My grandfather also had the Ford Ranchero pickup in white w/red interior.
My uncle in Cali got that one and still had it upon his passing several years ago.

Agree on the Ford GT. Any Carroll Shelby designed or influenced car tops my list. The GT: 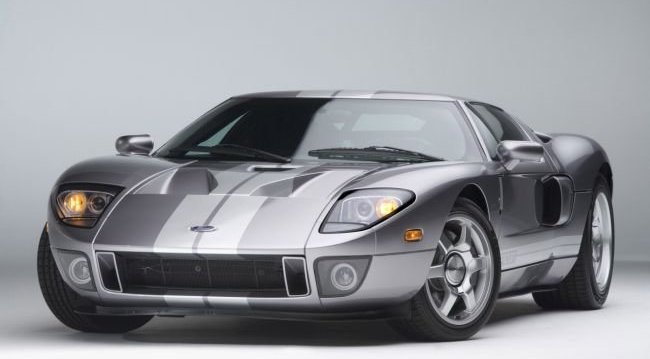 The Cobra is my favorite "classic": Like the Vipers and of course the Mustangs he did too. One of the coolest visionaries ever Shelby. Showing a Cobra to a friend of his: 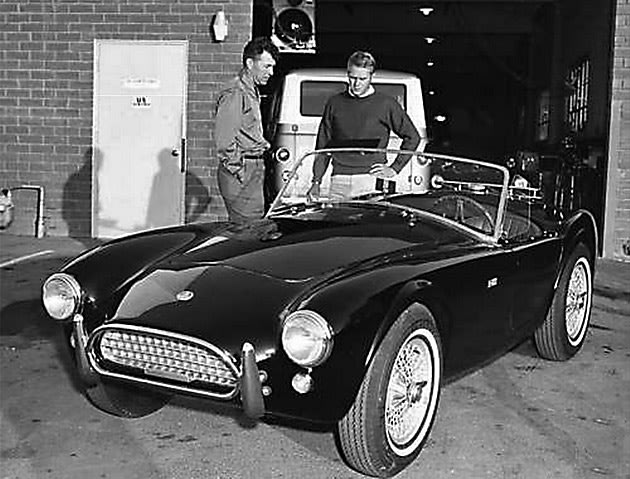 A Jaguar story for you. When I was about 14 my dad's best friend, Mike, was an engineer who owned a Jag E-type, 12 cylinder. Very similar to the photo. This was back in the mid- 70's when working people made more money than they do now and could afford such toys (another engineer friend bought a Ferrari, my dad had a nice '67 Camero). We were living outside Sparks, Nevada (now a suburb of Reno, due to explosive growth), and were driving at dusk on a long stretch of lonesome highway way east of the city. Mike wanted to see how easily the car could hit 100, so he punched it, and sure enough, 100 was easily possible. He came upon a Cadillac doing about 85 and slowed up. After sitting behind him, he passed the guy with ease pushing the car back to near 100. Well, the guy in the Caddy was apparently up for some fun, and got behind Mike, who thought it was amusing. Mike then let the Caddy pass us up probably doing about 105 or so. Mike then got behind the Caddy, essentially tailgating him until we were going over 110. I distinctly recall Mike chuckling wondering if he could make the Caddy's engine blow. Mike then floored it, slingshot around the Caddy and completely left him in the dust. The top speed we hit was just over 135, though the car probably could have gone a little faster. Even though the road was a flat, straight, two lane blacktop with emergency lanes, Mike later said he didn't feel comfortable at that speed. I recall the dashes in the road looking like a line, and the fog line seeming to curve. Great memories.

Parrulo said:
iirc at the time the model's production started it wasn't mandatory to have a side mirror and since the car could be considered big for some streets and all that they just opted not to put the passenger side mirror.

when it became mandatory they used the squared mirror to save a few cm's( oh them germans ) and because being a little bit taller it gives a bigger view range so you don't need to change it's position every time you park your car. my model already electric adjustment and i don't think i have ever needed to use it

mercs are indeed superior quality (cept some models from the mid 90's to the early 00's), they drive wonderfully, extremely reliable and even tho the car may appear big to some, with it's turning range you can park it in tighter spaces then some would park an opel corsa

flippable tires at the front should be mandatory imo due to the front tires tilting to the inside when you turn (that's what gives the car such impressive turning range) which will wear the inside of the tire faster so flipping them you can keep them in better stage for their whole useful life.


btw gregod if i were you i wouldn't sell your w202,iirc that's one of the last great models before the less reliable models i talked about and i doubt any1 will be giving you significant money for it. imo keep it just in case you need it in the future.
Click to expand...

interesting information about the mirrors. i always wondered why the original SLS didn't have a passenger side mirror in some pictures. a friend of my father owns one made for the US market and it has a side mirror.

about the turning circle, benzes have adjustable camber and caster which gives them the tight turning circle. there is a tight u-turn near my house that i could easily negotiate whereas my girlfriend in her much smaller nissan march (AKA micra) couldn't.

and yes, my w202 has been super reliable. i rarely drive it, but girlfriend uses it and except for all of the scratches she has put in it, i have never had it in the shop for anything more than routine maintenance. i think i have spent more on paint than on oil changes.

i have an irrational dislike for volvos, however the 1800 series are without a doubt a great cars. they weren't fast and didn't handle well, but they were fun and comfortable and never broke. it was not uncommon for them to go 300,000 km before the engines just got too tired.

i once drove sammy hagar's ac cobra. it was white and only had the 289, but it was scary fast and impossible to keep from going sideways. ahhhh, memories....

then you picked the wrong thread to read and comment in. what engine do you have in the 914? it looks like you changed out the porsche air-cooled engine for a water-cooled.

that is a beautiful 911. is it your everyday driver?

Thanks, actually the black car is a '66 912, the 4 cyl. one. The red 914 has a 300 hp Subie WRX turbo motor in it, I just got it and am still working out the bugs (I bought it for just about what the conversion parts would cost) so there are some bugs.
The only 6 cylinder Porsche that I have is a 914/6 resto project, the 275th 914/6 that Porsche made. I will most likely be pushing retirement age when I get that one done. I hope I can still crawl into it by then.
Before you other guys judge me, I got a lot more bikes than cars.

Hugh Januss said:
Thanks, actually the black car is a '66 912, the 4 cyl. one. The red 914 has a 300 hp Subie WRX turbo motor in it, I just got it and am still working out the bugs (I bought it for just about what the conversion parts would cost) so there are some bugs.
The only 6 cylinder Porsche that I have is a 914/6 resto project, the 275th 914/6 that Porsche made. I will most likely be pushing retirement age when I get that one done. I hope I can still crawl into it by then.
Before you other guys judge me, I got a lot more bikes than cars.
Click to expand...

cool. the subaru engine is one of the best conversions there is. i have heard of people even squeezing chevy v6s and v8s into 914s, but that just seems... wrong. at least the subaru is a boxer.

even though the 912 only had the 4 cylinder pumped up bug engine in it, it was still pretty fast and got great gas mileage. they both had the 901 transmission (i think), so in theory one could just bolt in the six cylinder engine and have a 911. i'm sure somebody must have done this, but the four was such a good engine, that i don't think many bothered.

i'd love to have an old porsche, but i'm too lazy to roll up and down windows or use a key to open/close doors.

*snip for practicality by Parrulo* 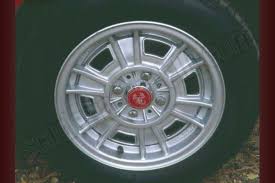 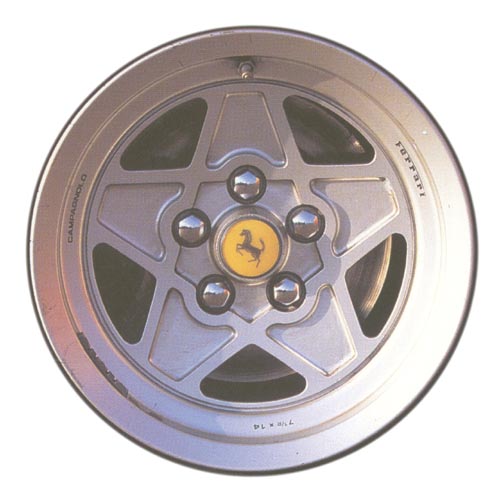