This will change the dynamics of the stage - Rowe as road captain out, unfortunately also Tony Martin http://www.cyclingnews.com/news/luke-rowe-and-tony-martin-expelled-from-tour-de-france/


lartiste said:
This will change the dynamics of the stage - Rowe as road captain out, unfortunately also Tony Martin http://www.cyclingnews.com/news/luke-rowe-and-tony-martin-expelled-from-tour-de-france/
Click to expand...

If only it was a MTF. I agree with the poster who said Pinot to attack and be caught on the way in. Le sigh de France.
S

For spectacle Ala to lose 30 seconds tomorrow and again on Friday. The rest of the heads of state to finish roughly together.
K

They need to test Ala. He has 1:35 and it is only three stages left, although tough ones. It is to risky not to put pressure on Ala tomorrow.
C


lartiste said:
This will change the dynamics of the stage - Rowe as road captain out, unfortunately also Tony Martin http://www.cyclingnews.com/news/luke-rowe-and-tony-martin-expelled-from-tour-de-france/
Click to expand...

Moderately bad for Thomas, very bad for Kruijswijk
I was watching live when the Rowe / Martin 'incident' occurred, but didn't think much of it at the time
P

A bit ridiculous to expell riders over something such minor.
F

Gigs_98 said:
I kinda fear absolutely nothing will happen unless a gc contender cracks. With two mountain top finishes left and really small time gaps nobody has to take any risks yet. Only hope might be movistar and landa. And possibly an attack by alaphilippe on the final descent.

On another note, Vincenzo Nibali ftw
Click to expand...

I pretty much agree. It is hard to imagine what an attack from any of the top five on this stage would look like. Pinot and Bernal would have to realistically have to attack before the final climb (on steeper gradients) when there is little reward and a huge amount of risk. Buchman, Steven and Thomas aren't really capable or interested in attacking and will probably favour a vicious pace on the final climb to see if they can burn off the frenchmen.

I'm also struggling to see what lower placed GC rider might animate the race with an earlier attack. Landa surely cant have enough in the tank to do a second such attack.
M

You have to think this is the stage Adam Yates has eyed up since losing time. I would still fancy Simon more though

Keram said:
They need to test Ala. He has 1:35 and it is only three stages left, although tough ones. It is to risky not to put pressure on Ala tomorrow.
Click to expand...

I think a lot of them might be inclined to wait until the Iseran the next day, rather than put all cards on the table today.

A lot simply depends on breakaway composition and what happens if Landa attacks. I could see a scenario where either both Ineos and Jumbo simply chase in the valley, or a scenario where everyone reacts if Alaphilippe gets in difficulty due to an attack.


F_Cance said:
everyone but not Yates again
Click to expand...

Did you watch the Pyrenean stages?
Click to expand...

Obviously Gigs didn't, given how great they were.

How many dots are at disposal tomorrow?

Red Rick said:
Looks like headwind on the Galibier.

If nothing happens on the Izoard it's gonna be incredibly disappointing and it's basically maybe a few km on the Galibier. Izoard is legit the hardest climb left in this race. Let's hope for Landa.

I can see teams trying to drop Alaphilippe on the Izoard just by riding pace.
Click to expand...

Headwind is worrying. In 2015 there was a headwind on Plateau de Beille, so a stage that was supposed to be one of the hardest in the Tour ended up with all the GC riders going under the kite together.
Click to expand...

Nope. Mostly tailwind. After Lautaret crosswinds. But both quite weak.

The Kraghen has been returned to the deep.

(He DNS tomorrow due to saddle sore )

Bardet and a lot of ag2r guys in the break. I think they're going for the polka dot's jersey tomorrow

Andrey Amador did some DIY moditication to his shoes 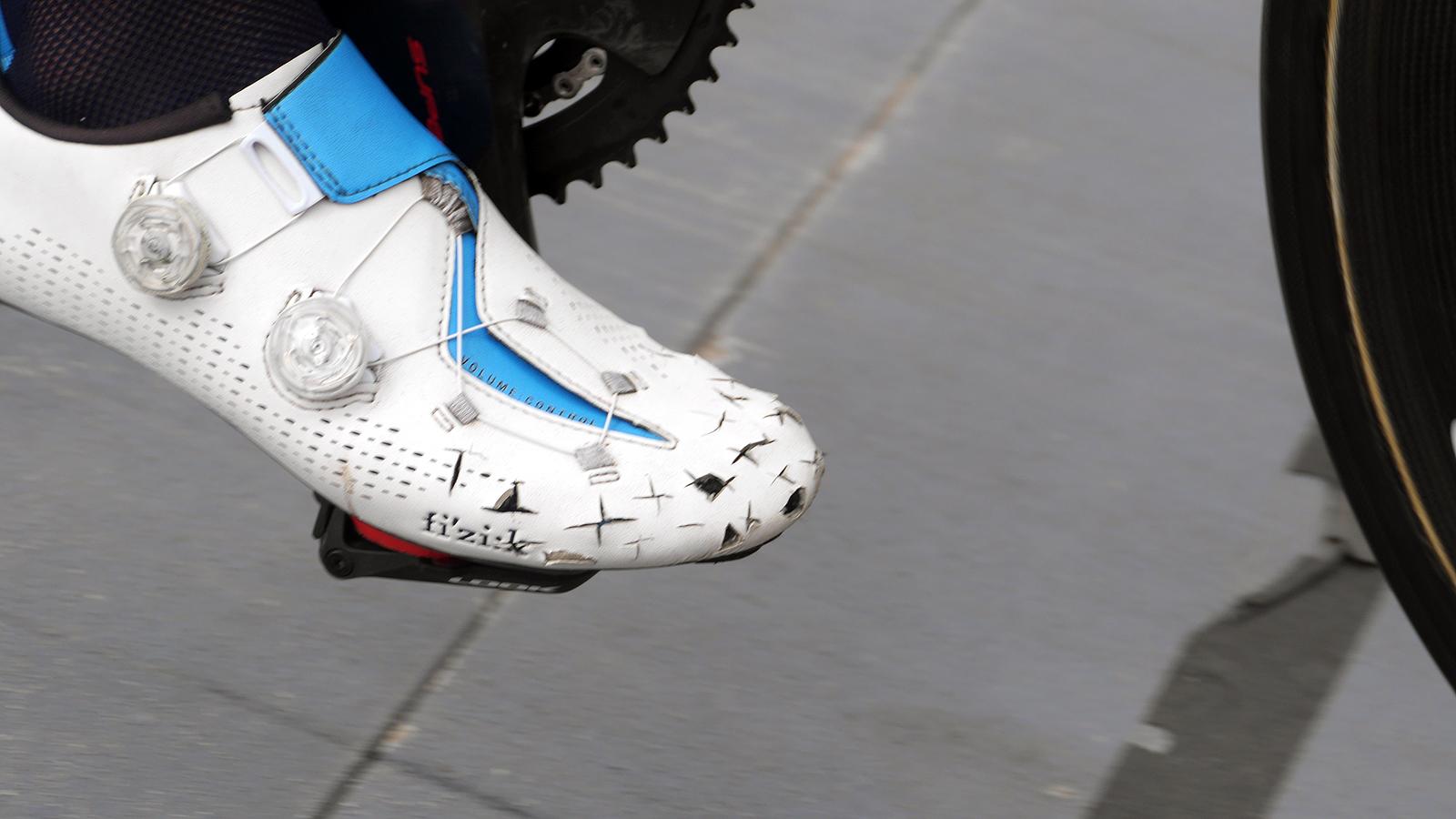 
sir fly said:
How many dots are at disposal tomorrow?
Click to expand...

I'm expecting Movistar to dictate the stage. They will want chaos, to break Alaphilippe as soon as possible, and to create opportunity for Landa to strike hard. A lot will depend on Valverde, and how he feels because of altitude. If he's ok i think he will try to escape on Izoard trying to put the pressure on others and preparing Landa's attack on Galibier. They will need to be very strong, but I think they will try.

sir fly said:
How many dots are at disposal tomorrow?
Click to expand...

Thank you and keep the change.
HC short of the remaining two put together.
No further explanation needed.
S

As is so often the case on web forums (by no means only this one), the majority of comments regarding tomorrow tend towards the extremes: "nothing will happen, they will wait for x" vs. "it will be chaos." Most of life does not happen at the extreme ends of a spectrum of possibilities, and this probably won't be either. But I think there is some nice anticipation building up for this stage, and that's fun to have regardless of how it turns out (i.e., it's not just the final results that make things exciting or worthwhile).

For one thing, we've had to wait 3 days since the fireworks in the Pyrenees last week, and a surprise character has emerged to be one of the protagonists, so it's like waiting for a new season of a series after the last episode of the previous season left us in suspense.

And for those in the "nothing will happen" camp, I too see that this stage isn't as hard as the coming ones, and know that riders/DS's will be worried about risking too much because of the next two days. But that assumes all the contenders ride to their ability. What if, for instance, Thomas has another "weak" day on the penultimate climb and falls off the back? Do you really think Pinot or the others are going to wait for him? So there are many dynamics at work . . . enough for me to set the alarm for 5:30 to get up and watch!

If there's headwind, and if Landa (really the only guy who I could see move on Izoard) doesnt attack, it can be a relatively boring stage. But for some reason I dont think it will. Its stage 18, its hot, its long and its at altitude. Something will happen.

Either way, its a good stage for wearing the riders down.
C

Rain on the Galibier in the afternoon is approaching near-certain probability in weather forecasts - there may be tricky elements of slick roads, wind, and fog at altitude. But probably just an ordinary thunderstorm, not a downpour like Pantani 1998

Did you watch the Pyrenean stages?
Click to expand...

Obviously Gigs didn't, given how great they were.
Click to expand...