Edit - just found this which is either wrong, old or correct! Whole climb to the top. 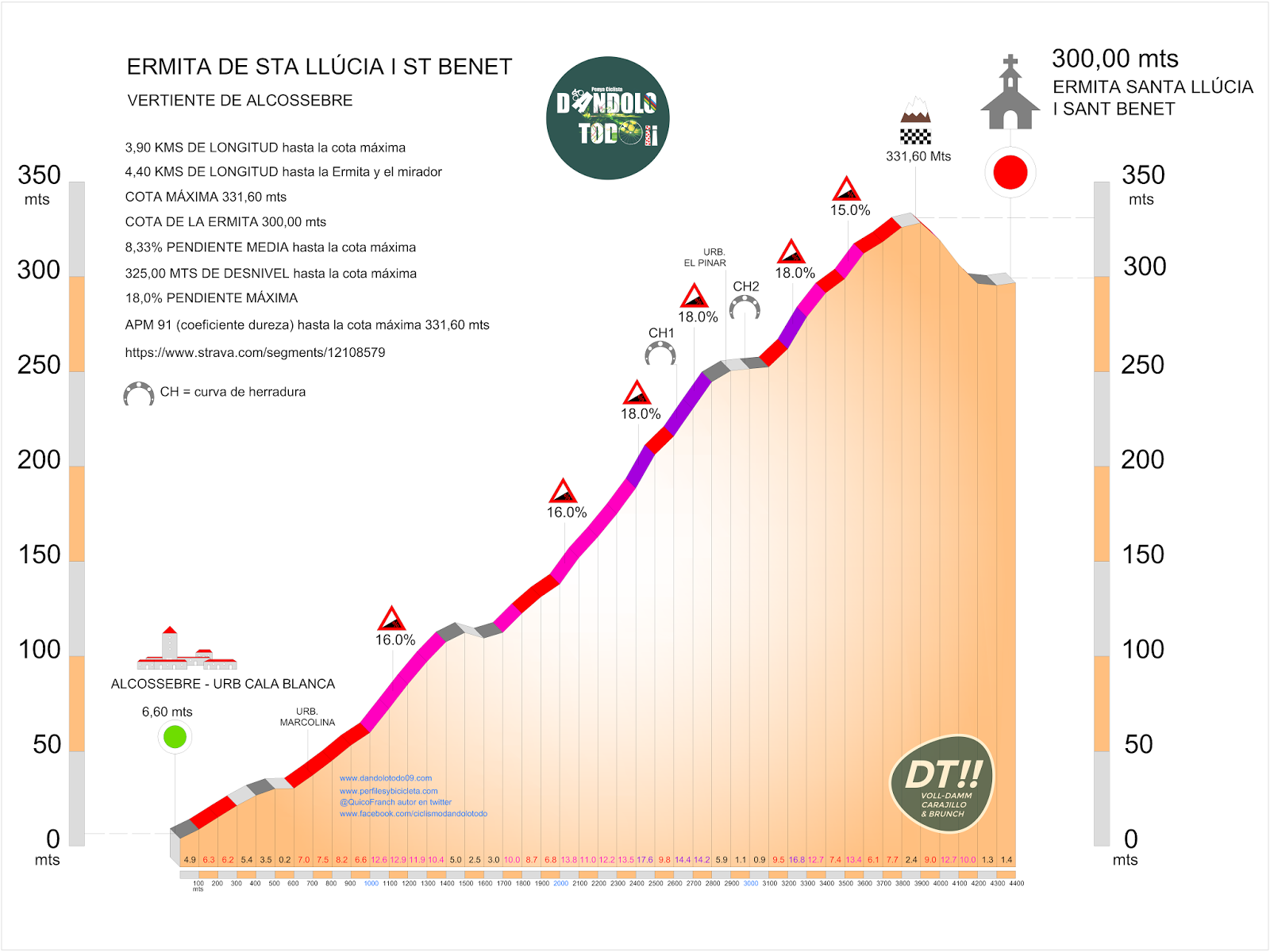 If the last profile is true, now that's much harder than advertised...some nasty kicks. I bet that Valv.Piti is crying now . Balaphilippe for the win!!!

Krokro said:
Such a poor bike handling. Not worse than Bouhanni but still. Shame because he is a rather good rider.

Trentin textbook win as expected. Wondering if Cort Nielsen is on a Sunday ride since the beginning?
Plus, not sure if Ag2r leadout was awfully timed or if Pozzo was badly positionned but the result is pathetic for them.
Click to expand...

You need to understand that Neil Stephens is an old school DS - Everything is for the GC riders - You'll find from around stage 10 when the GC pecking order is established, then Cort will be given the opportunity to sprint - It was the same in the 2016 Vuelta.
Click to expand...

Okay, did not know it was probably on purpose. I sincerely hope so as the kid has so much potential. Plus on a rather weak field, we could see him flying when he enters the arena.
Click to expand...

I personally think if you bring Cort let him go for the sprints if the GC riders are safe with 3km to go.
Click to expand...

It is a really stupid priority by Orica to not let Cort sprint, but he has indeed clear orders only to help Adam Yates, and has been seen in front around the 10 km mark both sprintstages. So its not even the guy that has a podiumchance, Chaves, they are wasting him on.. Last year the first time Cort won he also did so despite not being allowed too, but with 3 captains this year and a very stubborn Niel Stephens it will likely be impossible for him to sprint until the last stage unless the captains should all loose their GC-chances before. In danish TV interviews Cort has even told the reporters asking him on his chances to put pressure on Stephens to let him sprint, so he wants to but is just not allowed, and Stephens was very clear that he would not be allowed when they then asked him...
Click to expand...

So stupid. With this poor sprint field, he'd definitely have a shot at a stage win.
B

Stupid Dutch journalists from NOS mentioning Trentin as the 100th rider to win a stage in all GT's...completely missing Nibali's win from yesterday.
Click to expand...

Well - it could well be that actually Nibali was already part of the previous 99 in the official papers. He did come to the line 2nd in Stage 20 in 2010 Vuelta, behind Mosquera. And we all know Mosquera's Vuelta 2010 has been stripped out of papers. Even Wikipedia (which is of course always right ) lists that stage win in Nibali's palmares.
D

Stupid Dutch journalists from NOS mentioning Trentin as the 100th rider to win a stage in all GT's...completely missing Nibali's win from yesterday.
Click to expand...

So is there actually a list somewhere of these 99 riders before the Vuelta or where is this number coming from? The lists I can find are at most 90 riders long (Wikipedia).
Click to expand...