Samu Cuenca said:
My suspicion following Plouay has been proved right; Van der Breggen isn't on good form right now.
She finished around 50 seconds slower than Leah Thomas, who's currently in the lead.
Click to expand...

Yeah, I thought she was trying to smash the last races in her life, but either it just didn't work out or she isn't motivated to get a good result for herself anymore.

BlueRoads said:
Yeah, I thought she was trying to smash the last races in her life, but either it just didn't work out or she isn't motivated to get a good result for herself anymore.
Click to expand...

SD Worx doesn't seem to be flying as a team either here. I guess she might have had her focus elsewhere after the Giro and the Olympics, which was her main targets for the season, but she will probably be building up to the WCs now.

Thomas' has done pretty well here though, cause Van Vleuten is also behind her at the intermediate.
But it looks like she will beat her at the finish.

Van Vleuten's time looked a bit crazy at first, but Cavalli was only 27 seconds behind, so I think Reusser will hold on to the lead, unless she goes out too fast.

Reusser faster than Van Vleuten at the intermediate, but the final section suits Van Vleuten more, so I doubt she'll win, cause Van Vleuten paced it perfectly unlike the SD Worx riders.

Now they show she's already 10 seconds behind, so she'll probably lose 30 seconds to a minute.

I misjudged that a bit. The difference was only 19 seconds at the end. Fantastic job by her.
Faulkner also continues to impress at the highest level, 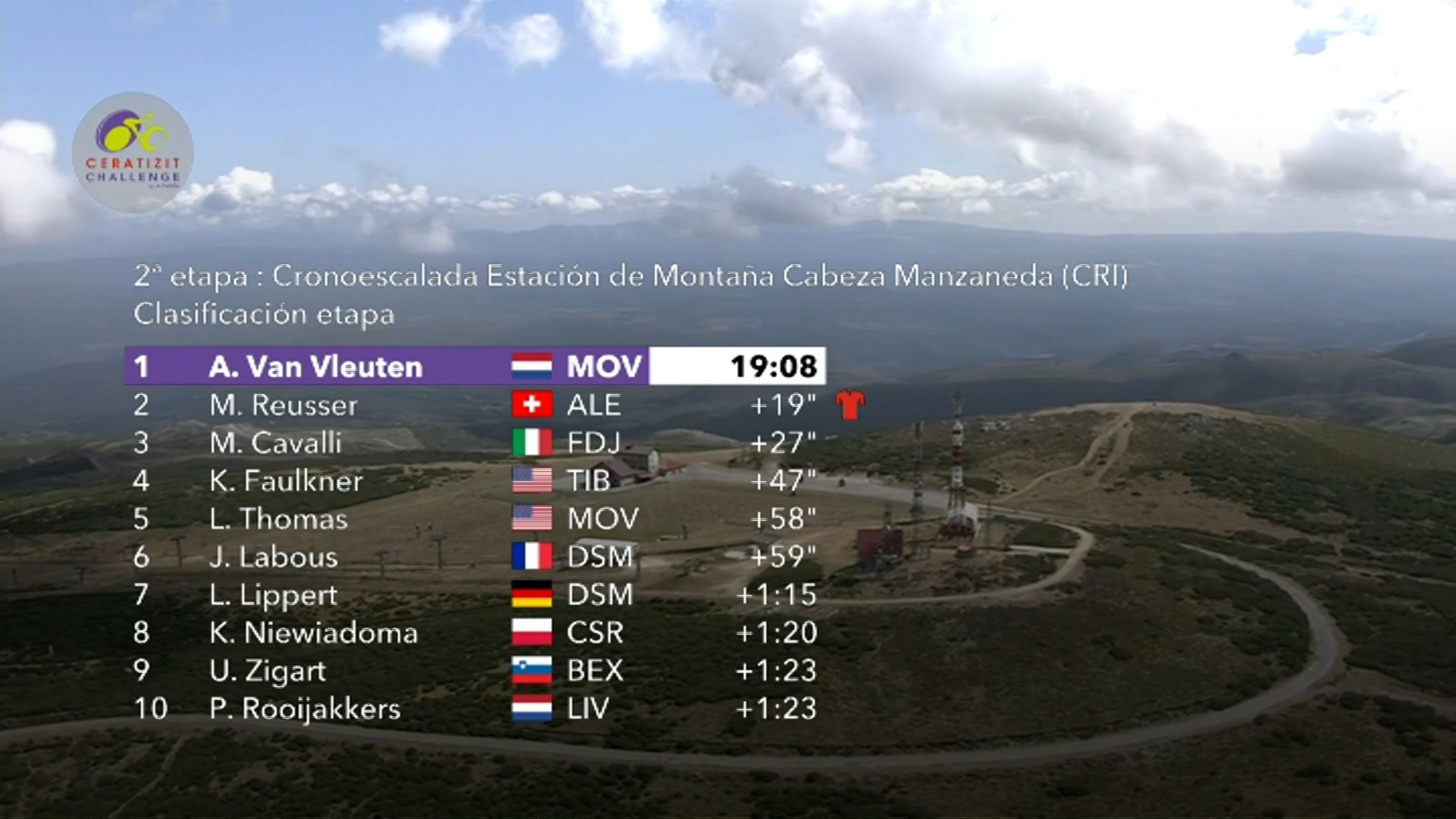 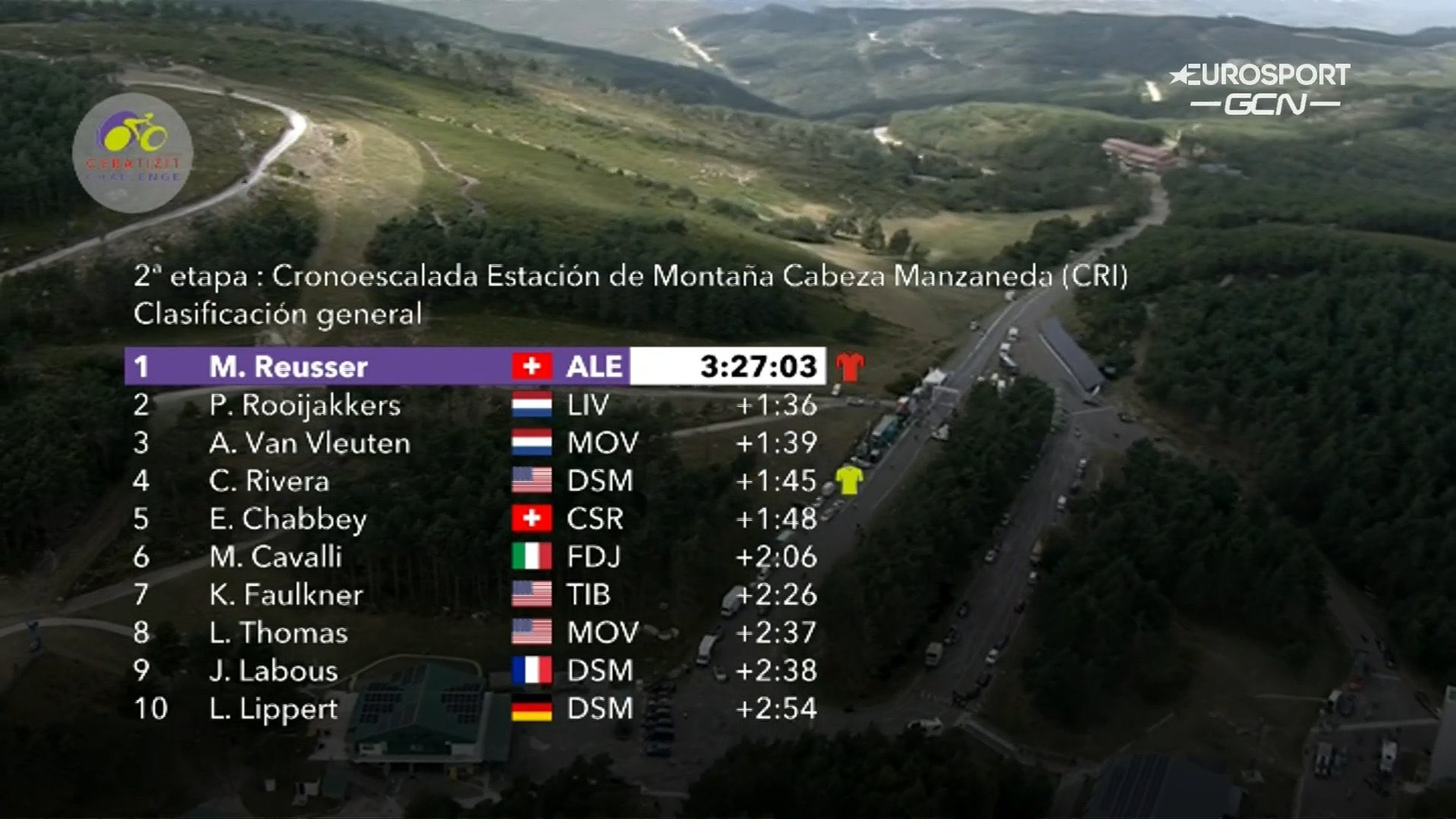 Samu Cuenca said:
You can't really blame her, can you?
Kennedy getting dropped from the breakway wasn't great for BEX either.

Also a bad day for Ceratizit-WNT with Magnaldi who wasn't able to stay out front either, and Brennauer apparently coming back from a cold and losing 13 minutes. And on top of that they also had to start the race with only four riders.
Click to expand...

The worry is that Spratt is supposed to be the marquee rider who in fact took AVV's wage when she moved to MoviStar - Her form has been awful for two years.

yaco said:
The worry is that Spratt is supposed to be the marquee rider who in fact took AVV's wage when she moved to MoviStar - Her form has been awful for two years.
Click to expand...

Yeah this year she's only really been up there in Amstel, and though she did crash in the Giro, she didn't show that much in the race prior to that. And with a team in decline it won't be easy for her to get the results she'll need to defend her current salary.

Now, Pauliena Rooijakkers has a tough choice to make for the next couple of days. Does she take the risk of riding up near the front, which she has always hated and struggled with, or does she play safe and stick with what she's comfortable with but risk being out of position and throwing away what could be her career best WT result?

Faulkner is out of the race. That's a shame after her great performance yesterday. Hopefully it isn't due to a heavy crash.
K

What a plot twist! It explains all: Roglic's epic win and Pogacar's cracking.
Reactions: JosefK

Van Vleuten is destroying the field right now. The latest known gap is 2:05 to a group with Reusser in it.

The Reusser group also includes Vas (great debut SD Worx debut for her), Cavalli, Niewiadoma, Chabbey, Longo Borghini, Mackaij and Lippert. They are keeping the gap at around 2:45, but they are also descending right now. The peloton is at 4:05.

Total annihilation. And of course, apart from Reusser, now nobody is all that fussed about working as they realise they're in competition with one another for third.
Reactions: RedheadDane

Over 3 minutes with less than 3 Ks to go.
To quote Michelle Quaade: She can even take a detour, and still win!

Marty seems to think Kata Blanka Vas can podium here. She needs 1'42 + time bonuses in the last 3 kilometres on Elise Chabbey to manage that.

And she has to catch Elise Chabbey first, as the two Canyon girls have gone away with Reusser and obviously Kasia has gone straight to the front as it will secure the podium for Elise. DSM have two riders but almost nothing to gain (although Lippert only has 5" on Niewiadoma, so it depends how keen she is to protect 5th on GC) and Cavalli in 4th has about a minute.

Complete breakdown of the group after Cavalli pulls it back, so now DSM are in the best position with them, ELB and Niewiadoma at the front, and Vas, Reusser, Chabbey and Cavalli behind, so now Chabbey is the one on the defensive, however she has about a minute over Lippert so that seems unlikely to be overturned.

ELB tries to sprint with predictable consequences: she goes way too early and Liane Lippert rides around her comfortably, and holds off Niewiadoma in what was probably not the hardest three-way sprint she's ever taken. The other half of the group kept the losses to a few seconds so all will be well, Reusser drops to 2nd on GC, everybody else should be more or less as you were in the top 5.
Last edited: Sep 4, 2021

Too bad for Reusser that her huge lead meant that no one was going to help her too much, though they did make sure that Rooijakkers was being properly distanced. 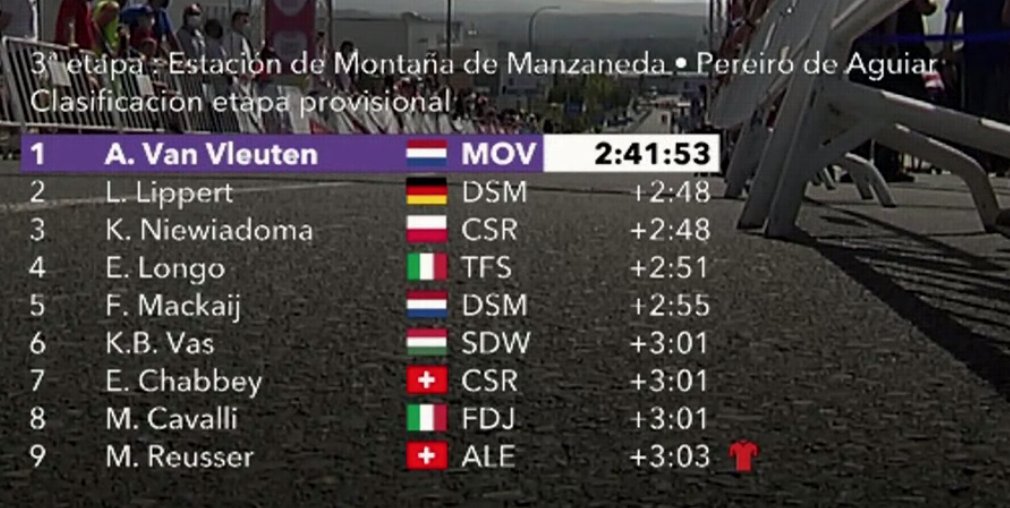 Should now be AVV 1st, Marlen 2nd, Chabbey 3rd, Cavalli, Lippert, Niewiadoma in that order then ELB and Mackaij.

Marty at least gets a chance to talk about Anna Henderson as Balsamo outsprints her for the minor placings.

Balsamo is the favourtie tomorrow if they can keep it together for a sprint.
We got a bunch of aggressive riders in the top 10, so the GC fight might still be on though.

I am in a very strange place. I would really like a dull sprint stage, because I have Elisa Balsamo as a stage huntress in the prediction game and she looks better placed to win than the other sprinters picked on form.

On the latest episode of the Bunnyhop show she did mention that she was tired of people thinking she had to continue until Paris, because she's the defending champion, but she can of course change her mind again many times in the meantime.
Reactions: JosefK
J

I love it when a break succeeds! Daaang Annemiek!

She said she was surprised, but are we?!

Van der Breggen, Thomas, Amialiusik and Van Anrooij are out front with 24 km left. They were paret of a break of 13 rider break originally. They have 1:10 on the peloton where Jumbo are setting the pace.

Come on péloton, get some Valcar pressure on up front...