Driving into cyclists the Emma way

Page 32 - Get up to date with the latest news, scores & standings from the Cycling News Community.
Sidebar Sidebar
Previous Next

aphronesis said:
Opening doors is something I was taught in school. But that was another time in the US and the PacNoWest did have/has a stronger integrated cycling culture.

Your point is key though. There’s zero awareness on the part of many drivers. Similarly, so-called dedicated infrastructure is somewhat better than open road, but it just attracts pedestrians, wheelchairs, double parked laborers and police.

The coming solution on the part of NY’s useless and inept mayor is to license/register cyclists and require helmets. Not because this will save lives, but it will take the onus of the city in the case of non-compliant fatalities and open a space for prosecution in other instances.

I should probably expand on the European door opening - it was either the Dutch or Danish that were teaching to open the door with the opposite hand. This naturally turned the person so as to more easily check what was coming from behind you.

And yes, NYC, just passing the buck... "Band-Aid"/"feel good" solutions that they can chest-beat about - 'don't blame us, we did something about it'...
M

aphronesis said:
Yeah, if you’d read through the thread rather than rushing to be obnoxious you’d have seen that I addressed door range and speed.

I don’t know what state of consciousness you inhabit, but I don’t put myself close to active cars at a speed that precludes reflex. What do you think? 30? 35? Sure, I’ve crashed at times where there’s no time to respond. But not due to urban cars.

Sometimes it depends on the road and traffic as well but I agree that most experienced cyclists are wary of car doors especially when they see a car parking up ahead of them. Such incidents are so random ,it's a sense thing like watching people back out of driveways often without taking a proper look.

Archibald said:
I should probably expand on the European door opening - it was either the Dutch or Danish that were teaching to open the door with the opposite hand. This naturally turned the person so as to more easily check what was coming from behind you.

And yes, NYC, just passing the buck... "Band-Aid"/"feel good" solutions that they can chest-beat about - 'don't blame us, we did something about it'...
Click to expand...

That would be the Dutch. I - and I suspect other Danes as well - was simply taught to look. However, since my default seat when out with the whole family was the seat just behind the driver's seat (in fact it still is when there are more people in the car than the driver and myself), and I'm right-handed it came quite naturally to turn around.
Also... what about checking for other cars?

aphronesis said:
You think that’s not controllable?
Click to expand...

You'd be surprised at the multitude of ways Sydneysiders who own vehicles are capable of putting a cyclist in peril no matter what the cyclist does. Part of why I left.

What Sydney drivers are capable of has nothing to do with whether one is riding too fast to manage a door. That was what you responded to.

Yes, I generally find it obnoxious when people are compelled to interject rather than take in a larger discussion.

My point was that on the basis of my experience, no it is not always controllable. Yes one can do things to reduce the risks you expose yourself to but it's not possible to control things you have no control over. I guess you can choose to not ride outside.
A

Oh, the drama. “ Not ride outside” No one said stay inside. I’ve been cycling in NY alone for 30 some years alonand I made some basic remarks that are wholly defensible based on that experience. You seem not to have focused on what was actually being discussed, but you want to fly off, argue, be authoritative and dramatic and get the last word, come back at it.

Hmmm, I answered your specific question, i.e. no, it's not always possible to control the situation to always avoid door risk (or other similar risks). Yes it's most certainly possible to reduce the risk but not to eliminate it.

I'm glad you've managed to stay safe for as long as you have.

Unfortunately the same can't be said for many. Indeed I won an 8 year long Supreme Court (NSW) case on this very issue. See that image on the left? That's my prosthetic cycling leg. I use one because my real leg was amputated following just such an incident.
M

I used to ride roads fearlessly, now I find myself riding more and more on the sidewalk, though it’s generally illegal. Even there, I encounter problems. One person jumped right in front of my bike, wagged a finger at me, and said, “You can’t ride on the sidewalk.” I heard another guy behind me yelling threateningly at me, so I left the sidewalk and went on the street. I thought that would settle it with him, but when I stopped further down the road, he came up and began to threaten me further. I’m not making this up, but he accused me of stalking him. Apparently he had seen me twice before in the same general area, and said he knew from “numbers” that I had to be stalking him. Unbelievable.
Reactions: movingtarget
U

I have ridden extensively in NYC,Long Island,Germany near Frankfurt,Berlin and Hamburg, most of my experience is in California. NYC ,San Diego and LA all have lots of drivers,traffic and car doors but have a decent bike path systems.
If you want a vote for my world wide anti cycling location it would be Central Florida. I had everything from beer bottles,dirty diapers,full Big Gulps,lit cigarettes and yelling and slurs. People trying to crash you while training everywhere. People pulling up next to you and start screaming about being a " my wise and beautiful friend" "gay"" queer" for riding a bike.
I have found that music from Chevelle, Clutch, Papa Roach and Ministry can negate many negative comments. Also kicking car doors and breaking off car mirrors is also soothing. 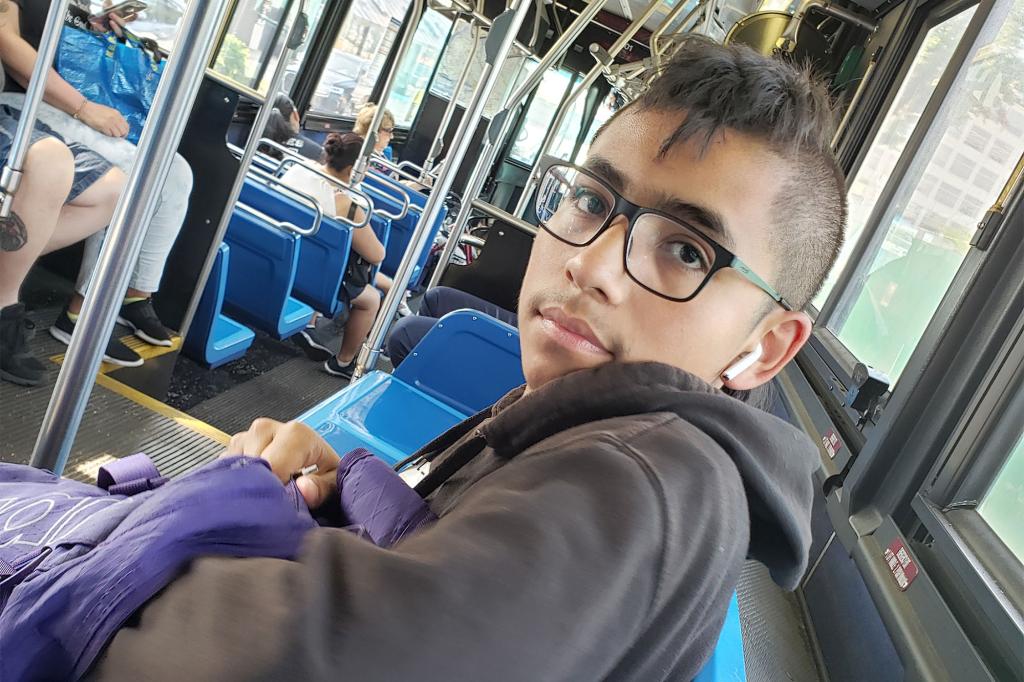 The distraught parents of a teen cyclist killed by a dump truck said their 14-year-old son went off to play soccer with his friends Saturday — and never came home. It was only hours later tha…

The distraught parents of a teen cyclist killed by a dump truck said their 14-year-old son went off to play soccer with his friends Saturday — and never came home. It was only hours later tha…

There seems to be a lot of accidents now with these types of vehicles. Don't know why.

What's worst is there are people on social media defending the perp, who was only just out on bail for drugs charges.

Thankfully, he was denied bail today and will be held until his hearing resumes in April
Reactions: Archibald
M

The bike hit my car ! Driver sues cyclist after hitting him with car

A US motorist ran into a cyclist — then sued the two-wheeler for damaging his car.

movingtarget said:
The bike hit my car !
Click to expand...

A long time ago I was riding my bike and ran into a car coming out of a McDo entrance. I put a little dimple in the side of the car, and the guy said he wanted me to pay for the repair. I said something to the effect of, go ahead, make my day.
Reactions: RedheadDane and movingtarget

Driver sues cyclist after hitting him with car

A US motorist ran into a cyclist — then sued the two-wheeler for damaging his car.

Let me get this straight… the driver hit the cyclist from behind, and then claimed it was the cyclist's fault?
Reactions: movingtarget

Blame barometer on rear-end collisions is 100% on the vehicle hitting the vehicle in front of it.
I'd be very surprised if this goes anywhere beyond the (likely bluff) claim being made...

Oh, I don't expect the driver to have any luck with that claim, I'm just astonished that he actually thought it would work.
M 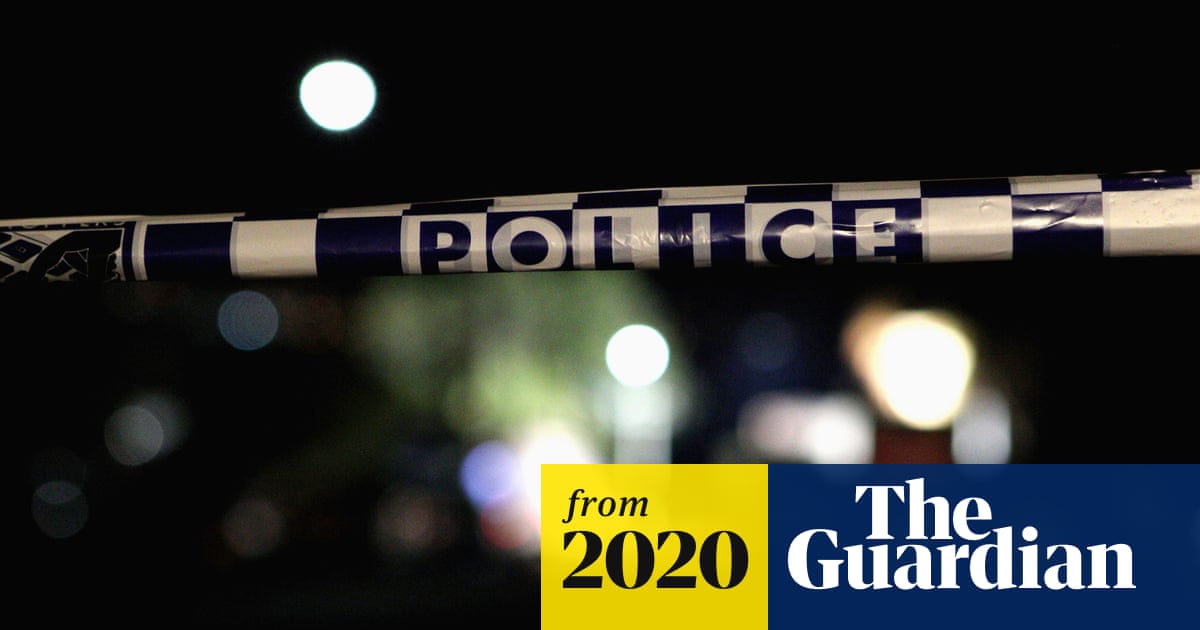 Insane case in Denmark yesterday. A car driver hit one rider who was on a group ride. The other riders managed to stop the car but got into an argument with him. It ended with the car driver drawing a knife and cutting the trainer of the group in his gut - thankfully not fatally.

The guy didn't leave the scene and was found and arrested by the police and had to spend a night in custody. During the night he committed suicide

Queensland driver says it all. People think they can do whatever they want if they're in a car here.
Reactions: movingtarget
M

42x16ss said:
Queensland driver says it all. People think they can do whatever they want if they're in a car here.
Click to expand...