Geraint Thomas, the next british hope

Page 4 - Get up to date with the latest news, scores & standings from the Cycling News Community.
Sidebar Sidebar
Previous Next
T


Billie said:
Nardello finished fifth twice in de Ronde and took some top 10s in the post festina tours. Even that involved some breakaway luck and never climbed like Thomas did today. Also was nowhere as good in the classics
Click to expand...

Bettini went close over his career as well with a Vuelta top ten and some cobble top tens.
G

to a gt rider and contender

G to win MSR, RVV and P-R, then win at the Giro, come 2nd to Froome in the TDF and come first at the Vuelta. This is all before leading out Cavendish to the WC RR title for at least 250 km. 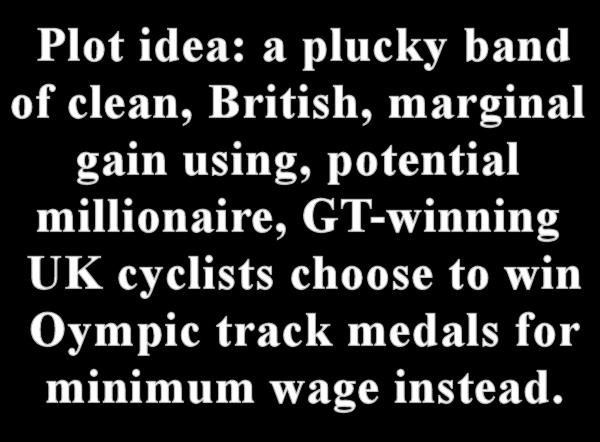 The Brit hate is strong in this one.

Maybe it has something to do with us maybe winning the ashes back in, what, our fifth sport? Sixth?
Click to expand...

If that's it, explain the frustration from so many other nationalities, including some of your own....


Billie said:
The guy had all incentive to go all out in 2010 in the mountains. He was 2ND in GC that year when the tour entered the mountains. Unfortunately for him Sky had net yet invested that heavily in blenders and pillows
Click to expand...

yes. that time, they were OD'ing and mainlining nutella at the dinner table, 2555 calories of sub-optimal nutrition. 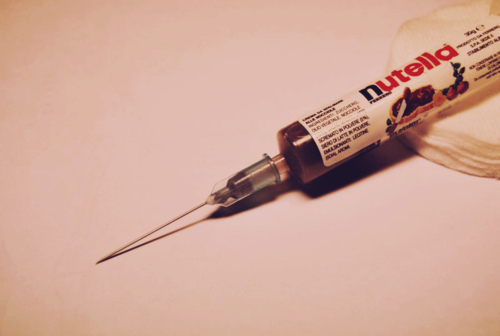 drinking from some of the nutella smoothies of LRP and dawg

It's also the way he passed the finish line: like returning from a gentle training ride.
Froome and Porte, I can sort of deal with that - I've gotten used to it by now. But Thomas bossing a climb like this, almost casually, that's really getting me worked up.

Can someone explain the intended meaning of Thomas giving Valverde a pat on the back? Posting here as I'm leaning towards a Clinic interpretation.
S

generally noticed that there's a lot of cameradery in the current peloton.
like in the old days.

I mean was there an element of "there there Mr GT and Monument winner, you did very well for someone on old fashioned drugs"?
P


Jagartrott said:
It's also the way he passed the finish line: like returning from a gentle training ride.
Froome and Porte, I can sort of deal with that - I've gotten used to it by now. But Thomas bossing a climb like this, almost casually, that's really getting me worked up.
Click to expand...

Let's disagree on this, shall we?

Thomas and Wiggins are 100x the Athletes that those guys ever were. Their bodies were made for something else, so they changed them.

So it was using doping to go from a great talented guy, as talented as any tour champion, to actually being allowed to win the tour.

Froome and Porte are low-class cyclists, and the data that they gathered during those experiments can make a fat chimp win the tour, as well.
B

We had the American waves of riders ( only 3 riders this year) now we have the British wave of riders and soon we will have the Australian wave of riders. When it`s all gone and over we can go back to the good old days and enjoy the TDF. Giro etc...

Why? are Spanish, French and Italian dopers more likable?

I do wonder if Peter Kennaugh feels like he was overlooked.

That explains it. They outbid everyone for Thomas.

Amazing how that would apply word for word to US Postal.
B

Because they don`t act arrogant, they just try to act normal and humble.

For quite a while now, the majority of the sustained obvious perversions of the natural order of things, the comical arms "gaps" and the embarrassing miracle transformations have involved Anglophone riders.

Continentals tend to get on with the business of doping as much as they can, Anglophones tend to introduce entire globalised edifices of corruption, complete with pre-emptive information overloads, obfuscating schmalz offensives, and a mind-fogging appeals to patriotic sentiment - usually involving a constant background hum of quiet insinuations designed to invoke the image of plucky honest anglophone underdogs toiling honestly against the legions of cheating and colluding dagos and wops. An almost complete inversion of reality one might be familiar with from which ever ex-soviet dependency the Anglophone world's head-chopping proxy stormtroopers have burnt to the ground this week.

Or to put it another way - Continentals cheat the system and lie to others, Anglophones change the system and lie to themselves. Which brings a horrifyingly self righteous conviction to their approach to gangsterism which, in a cycling context, makes old school continental cheating seem endearingly honest, and almost naive, by comparison.

I'm not being exactly fair of course, it is hardly the case that non Anglophone doping set ups are all disorganised ,localised and lack such support structures and corruption networks - but speaking for myself, as to why I would find "Spanish, french and Italian dopers" at least less dislikable - it would be that difference in background to their cheating.

That they are not backed by the same Anglophone ultra-capitalist information machine which has contrived to re-orientate the morals of a generation to such a degree that it is now considered immoral to not to advocate the killing of millions and annihilation of nations because they don't show sufficient zeal in selling off all their natural resources to Israeli "dual citizens". That they are not the faces of cyclings manifestation of the expansionist Anglophone monoculture expropriating localised criminality worldwide, and hoarding them under a giant shiny lie. They are, rather, simply dopers.

Which, for me, makes the non-Anglophone dopers, at the very least, less irritating.

I am of course a proven champagne communist and semi-troll, so you probably shouldn't listen to scum like me.

However, I presume some would provide a much less hyperbolic and all-encompassing version of that rationale to explain any unique vehemence they direct specifically at the latest generation of blatant Anglophone dopers.

In short: that modern Anglophone doping somehow contrives to feel even more dishonest and distasteful, and be even more worrying in its potential for permanent distortion of the sport, than old school continental doping.

That explains it. They outbid everyone for Thomas.
Click to expand...

The British commentators are as much idiots as the American ones used to be. Remember Bob Roll? Good grief.
But hey, for those who missed that dark era, they can re-live it again. That's the "beauty" of pro cycling. It's the same story over and over again.

Because they don`t act arrogant, they just try to act normal and humble.
Click to expand...

Not necessarily. I don't like Valverde, Rodriguez, and don't particularly care for Nibali. And Gadret is a d-bag, IMO. Utterly dislike Leipheimer too. Eff that guy.

I don't think any of those guys are clean. It's not about the nationality. It's about the personality and the plausibility.
F


Pierrot le Fou said:
Quick question for the historians amongst you. Who was the last rider who won both cobbled classics and was also a top 10 candidate in Grand Tours. I've seen Hincapie mentioned a bit. Would it be him and Bugno? Any others since the likes of Kelly, Hinault etc?
Click to expand...

It seems the combo GT top 10 and winning RvV is extremely rare, even pre-epo. We have Kelly and then we can just jump back towards Merckx it seems.

OTOH winning Paris-Roubaix+top 10 GT is less unheard off, but you need to jump back 25 years (Kelly, Madiot, Hinault, Moser, Merckx => And ofc Fignon and Lemond if you look at simply good showings). Then again, Wiggo made a very credible effort the last years, so it's still possible (^^).

But let's consider this is just looking at the winners of the RvV and P-R (Geraint hasn't won a cobbled monument yet). There will have been some other top ten crossovers (Boogerd comes to mind and Jalabert also squecks in with 9th in the ronde) if we spread the net to top 10. Amazingly enough it seems Alejandro never tried the Ronde, though I bet he would have made a very good showing there.

If we look at the E3 prijs winners the last GT rider who pops up is Phil Anderson in 1985. afaik no GT winner ever won the E3 prijs!

That explains it. They outbid everyone for Thomas.
Click to expand...

The British commentators are as much idiots as the American ones used to be. Remember Bob Roll? Good grief.
But hey, for those who missed that dark era, they can re-live it again. That's the "beauty" of pro cycling. It's the same story over and over again.
Click to expand...

I don't have to remember. I get to see him every day on Tour Prime time.

Good to see he still has his mountain legs. I'm guessing he'll do the work on the final climb destroy what's left of the 'contenders' group and then wave them bye, bye as he finished 2nd to Froome.

Remember when Thomas came 2nd on the Tourmalet in 2010. Of course he was in a break. Bet in his wildest dreams he didn't think a few years later he would be leading the heads of state over it.

G is becoming a "freak"

Look at that insane work done in the Tourmalet, then pacing downhill, upwards again to Cauterets, so he can finish it off by leading the Alien to the 100 meters mark like nothing happened......

this is ridiculously unbelievable !
T