Page 297 - Get up to date with the latest news, scores & standings from the Cycling News Community.
Sidebar Sidebar
Previous Next

Kaptain Kool said:
The problem isn't related to the country one is racing. The problem is racing and mixing with people outside of the Tour bubble. Racing the Dauphine is controllable and good. Racing Strade Bianche, MSR and the Nationals is not; there will be too many non-Tour related people involved. If more races are needed, then add some warm-up races that involve only the World and same Pro Teams as the Tour.

No need to scrap the Tour, everyone just needs to be more creative in the lead-up. They (UCI, ASO and the teams) have more than 3 months to prepare, so it shouldn't be too difficult to get it right. But if they mess up the Tour, THEN the whole season will be lost.
Click to expand...

You can't force Tour riders to go to the Duaphine if they have no interest or intent on racing it. You have riders who much prefer other races to warm up for the Tour than the Duaphine. Also even the Duaphine WILL have non Tour riders in it as teams are not going to be sending their full Tour teams to it and there will be non Tour teams at it as well.
Also different riders need and want different build ups. One size most definitely does NOT fit all and you cannot intentionally harm riders by forcing that one them.

The reality is it's nothing more than a prayer they even race the Tour in the first place. Technically it's best to look at it as the entire season IS lost now. Alejandro has already said he doesn't actually expect to race at all this year.
Last edited: May 8, 2020

Kaptain Kool said:
. But if they mess up the Tour, THEN the whole season will be lost.
Click to expand...

Multiple riders and staff have said if the Tour doesn't happen that spells bad things for sponsors of teams. Hopefully that doesn't happen. The biggest thing for cycling is no money from spectators like other sports.
Edit: also not as much jersey sales etc for teams and GTs. It would be nice if cycling had a cosport to work with.
Last edited: May 9, 2020
Reactions: Koronin
K

Yup, it might not be the most entertaining but it's the most important financially by far. It's the only race that gets worldwide exposure outside of people like us. Valverde fans should know this. That's why he's made his appearance at the Tour the last couple of years despite being disinterested.

Also, this is the race most possible to get right. A successful (COVID-free) Tour likely means we get the Worlds. Positives at the Tour would be disastrous and later races would be forced to cancel. No chance the Worlds, Giro or Vuelta would start. MAYBE a few of the one-day races could continue. Otherwise, it would only be smaller races featuring Pro and Conti Teams in less effected areas outside of Europe.

As far as preferences to prepare for the Tour, no one is "forced" to ride anything. But the choice is to wait until 2022 or whenever everything is perfect or to adapt to the current situation and work around that.

Either riders prepare how they need to with racing before the Tour OR NO racing at all before the Tour which every single rider has said can't work. There is currently ZERO guarantee the Worlds are even currently going on. The Worlds organizers have said they'll make a decision on whether they even intend on trying to have the Worlds or not this year in early June. They have no made a decision on racing or cancelling yet.

Don't want to let riders prepare they way they NEED to, then cancel the entire season NOW. You put out a calendar with overlapping races you CANNOT require riders to ride anything specific or not race anything specific to get ready for any other race on the calendar.

2022? So what you're cancelling the 2021 season? On what exactly grounds are you cancelling 2021? We'll have treatments before the 2021 season starts. The currently situation is if they can race anything at all they have put out a calendar and riders and teams get to CHOOSE who goes where and that means riders going to different races to get ready for the Tour.

It was 4 years ago today (May 24) that Alejandro got his Giro stage win.

Actually pretty clutch for an apparently non-GT rider to have just one participation in the Giro at the age of 36 and still both have a "stage win in all GTs" and "overall podium in all GTs" set.
Reactions: Koronin

Yep, and actually with a little luck, and without motobikes in front of Scarponi, he could've even won the whole thing. That was really a strange Giro.
Reactions: Koronin

Blanco said:
Yep, and actually with a little luck, and without motobikes in front of Scarponi, he could've even won the whole thing. That was really a strange Giro.
Click to expand...

Agreed. There were a few issues that cost him that Giro. I think strange is an understatement for that one. I'm fairly sure that is part of why he had wanted to go back, but circumstances and an injury have prevented that. At least he did get that one Giro and got the two things he was after in it. The stage win and the overall podium.

Alejandro is back to joking about retirement. That is showing he's not so sure he actually wants to retire and he is more likely to extend his career 1 maybe 2 more years. Although at that point may as well extend it though 2024 and go to another Olympics.

Valverde is the new Rebellin!

RedheadDane said:
Valverde is the new Rebellin!
Click to expand...

Not sure that would exactly surprise many.

This piece of artwork was present to Alejandro today in a large celebration. (Yes Spain has been lifting restrictions especially in areas that have had low cases and Murcia is one of those provinces). The restaurants there opened with social distancing guidelines earlier in the week.

Here's a another picture of the painting without the reflections in it.

Koronin said:
Here's a another picture of the painting without the reflections in it.

That looks like it is a mural instead of a painting. Really good work.
Reactions: Koronin

I have not read the full interview, but this is some of an interview one of Alejandro's training partners and friends gave recently. 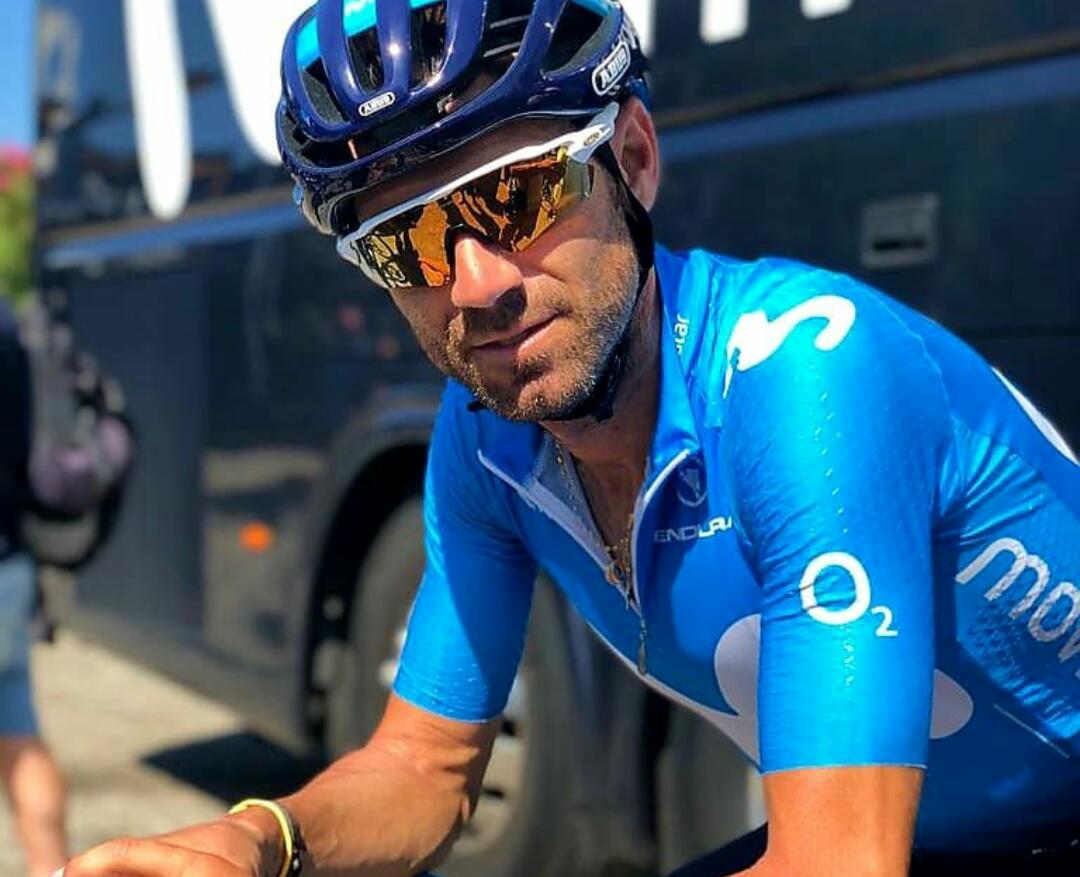 What's up with the fish in that painting?
Nice painting!

Escarabajo said:
What's up with the fish in that painting?
Nice painting!
Click to expand...

A classical case of throw it in, and see if anyone notices?

Escarabajo said:
What's up with the fish in that painting?
Nice painting!
Click to expand...

That is a good question. No idea.

Yeah, it is nice. Figured some of the other posters here would like to see it.
Last edited: Jun 23, 2020

The fish: Agua para todos?
He's like a fish in water when on his bike? The others are just small fish?
Seriously, I suppose they don't mean anything, their colours just fit and they are lovely and move smoothly, taking some of the "aggressiveness" out of the picture.

BlueRoads said:
The fish: Agua para todos?
He's like a fish in water when on his bike? The others are just small fish?
Seriously, I suppose they don't mean anything, their colours just fit and they are lovely and move smoothly, taking some of the "aggressiveness" out of the picture.
Click to expand...

After getting home from the training camp with the National Team, today he went out with his U-23 and elite team. Joining him on this training ride with his team was LL Sanchez.

Breezy1985 said:
Rainbows on the Nat jersey
Click to expand...