Page 104 - Get up to date with the latest news, scores & standings from the Cycling News Community.
Sidebar Sidebar
Previous Next
Y

Cavendish thinks he has a future at WT level in 2020, then he needs to ride the Vuelta, even though it'll be a hot sprint field by Vuelta standards.
D

I think he just needs results to convince WT Teams

He was still in double digit wins per year until the Epstein Barr, his GT record wasn't too shabby either.
Click to expand...

As my previous post has been lost to time.

I was replying to the previous comment that stated his demise started from Kittel and other faster sprinters which is why he saw a decrease in Tour stage wins, when that isn't true. It started from the move to Sky. Without it, he could have won more stages at the Tour but potentially less elsewhere. Like any rider I wosh things could have gone differently in someway for them but I am happy with the career he has had.

On the Vuelta, that stinks he isn't going to go. A decent showing there could have helped his case for a team to pick him up if he was able to finish the 3 weeks. I hope he still has one last hoorah in the tank but I fear the worst. By all means he can prove us wrong.

I really really hope he wins the Euro's today!
A

Good to see him pitching in the chasing group towards the end, at any rate.

What does the rest of his season look like? Will he have a contract next year or is this the end?
T

I had no idea he rode the Deutschland Tour until he Tweeted about it today...

Anyway- he finished no higher than 70th and DNF'd on the final stage.
B

He is really sticking it to the decision makers who kept him out of riding the Tour de France.
A

someone bumped into him
T

What a joke that Bahrain are giving him a contract
A

AQETUYIOI said:
someone bumped into him
Click to expand...

he just gave up after the slightest bit of contact.

I haven't seen the stage so have to take everyone's report for what happened, but maybe stemming from the contact he is afraid of falling for the umpteenth time.
A

That was a tiny nudge- barely brushed against him.

He has completely lost his edge.

therealthing said:
That was a tiny nudge- barely brushed against him.

He has completely lost his edge.
Click to expand...

I wonder was it the nudge that stopped him or was it that he looked right and saw about 20 quicker riders about to fly past him and he gave up
Reactions: PrimusPilus12
Z

I’m finding his situation increasingly depressing. A great of the sport reduced to this.
T

I wonder how much influence the team around him is having? The should all have zimmers let alone bikes. 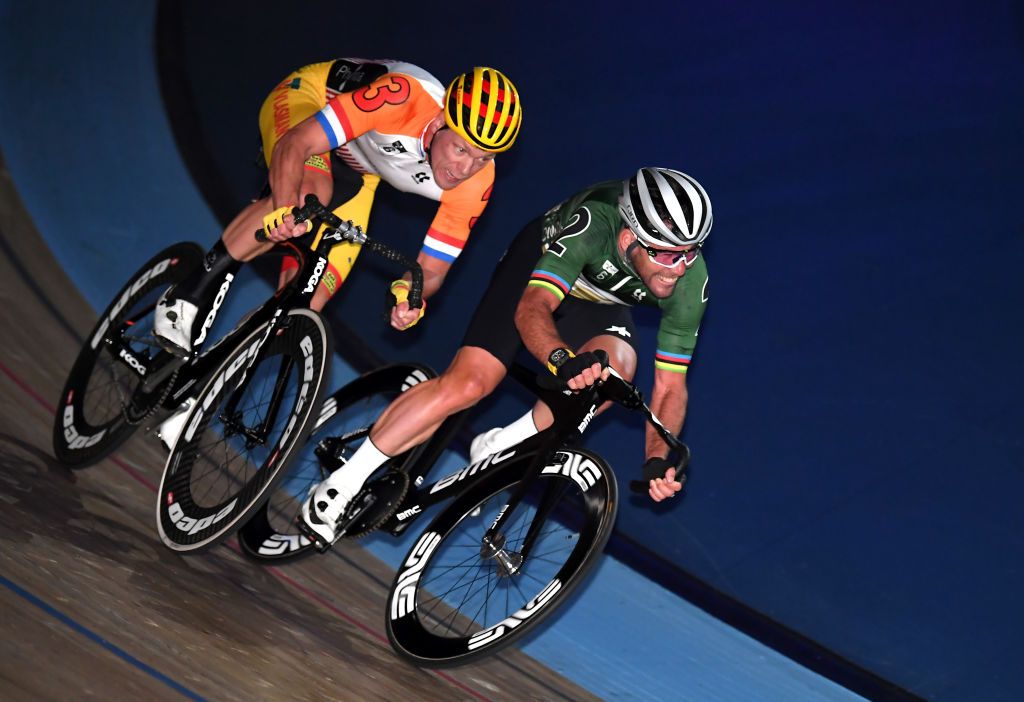 And again, beating Viviani in the sprint:

Has he lost his bottle for the road?

MartinGT said:
Has he lost his bottle for the road?
Click to expand...

Maybe, although I thought it was more his ability to sprint after a long day in the saddle which was going when watching him. Performing in a 6 day is a good sign though, not just a one off event and I'm sure it'll do a lot for his confidence.
Reactions: MartinGT
You must log in or register to reply here.
Share:
Facebook Twitter Reddit Tumblr WhatsApp Email Link