Page 99 - Get up to date with the latest news, scores & standings from the Cycling News Community.
Sidebar Sidebar
Previous Next

Thanks. Even the km are right, how do you do that? When i track it at bikeroutetoaster and then load it up at tracks4bikers the km are always wrong.

The same thing happened to me in the past, though it wasn't a problem when I viewed it through 'edit track labels'. However for some time now it hasn't been any problem for me, and it shows the stage correctly under normal circumstances.

I just mapped it with bikeroutetoaster, saved it as a gpx file and finally uploaded it on tracks4bikers.

Oh okay. I haven't done that in a while because of that problem, but will do again now that it's working.
S

With 80 km to go the monster that is Monte Crostis waits. 14 km at 10,1%, let that sink in. All this on a narrow and spectacular road. On the top there is of course the famous Panoramica delle Vette. It's a strada sterrato, but a lot has been invested into safety prior to the Giro 2011. Here is an excellent video of the Panoramica delle Vette and the following descent. As you can see, the descent, while highly technical and very narrow, has very good tarmac, probably all new for the Giro.

I think chances are really good that the race blows apart on the Crostis, either the ascent, oder the sterrato, or the descent. Which leaves 46 km of racing, which should be pretty interesting. There is nearly no respite, as the road climbs again to Forcella di Lius, which looks tiny in comparison with the Crostis, but is a decent climb with 9,4 km at 5,3%.

The final climb of the day is Passo del Cason di Lanza. You will remember it from the Giro stage to Altopiano del Montasio this year. It's a two part climb. First 4,6 km at 8,9%, then a short descent, then the brutal second part with 5,5 km at 10,3%. After that the riders will descend into Pontebba, which is a steep affair for the first 8 km. I call this the queen stage, in total there are 6.300 vertical meters to climb.
Click to expand...

Way to tease us by going right past the Zoncolan, but not going over it.

Although isn't the actual road route over the Crostis a bit further north, and also a bit more difficult?

SetonHallPirate said:
Although isn't the actual road route over the Crostis a bit further north, and also a bit more difficult?
Click to expand...

No, that's Crostis up there. A bit more north and you are in Austria.

I am a fan of having three mountain stages in a row, following Fignon there. I might have overdone it, though. I am afraid that this weekend might be a bit too hard. Well, you'll be the judge.

Stage 15 starts where Libertine's stage 13 started, in Tolmezzo. While Libertine sent the riders west via the Passo del Pura, in my stage the riders have the pleasure to tackle the much easier Passo della Mauria. Easy is over though after Valle di Cadore. What follows are five climbs through the Dolomites, with basically no flat between them.

After the descent into beautiful Grödnertal one more climb is waiting for the riders, and it is a killer. The road from St. Ulrich to Seiser Alm, which has been asphalted recently, is 4,6 km long and 12,8% steep. The first 2,4 km have 14,5%. For comparison: the hard last 5 km of Alpe di Pampeago "only" have 11,1%. This should be a massacre.

Next day is a much deserved rest day in Trentino. The last week begins with a flat stage. To make things a bit more difficult for the sprinters, there is a 7 km climb on the shores of Lake Garda, followed by numerous little climbs in the area between Lake Garda and Verona. The most prominent of those is Custoza, which suffered from its hilltop location by being the site of not one, but two gruesome battles in the 19. century. The last 30 km are flat though, so it should be a sprint. The finish is right outside the Castello di San Giorgio (on the left).

Told you you'd catch up with/overtake me - I've been away for a few days, and come back to find you in the same area as me

Liking that there are tougher routes to Siusi than 2009's (there's of course also the alternative southwestern route using Trotzstraße instead of the main road, which turns us another 18km @ 6-7% type route but with the last 8km at 10%). My next stage uses the easier version though, though it's not meant to be decisive like yours.

The shortest stage of this Giro (except the time trials), but certainly not the easiest. And while the stage is only 104 km long, it manages to pass through four regions. It starts in Emilia, then cuts through Lombardia and Piemonte, before finishing in Liguria. From Bobbio the road immediately goes upwards to Passo del Penice (13,3 km 6,5%). This is followed by Passo del Giova (16,2 km 5,7%), Capanne di Carrega (12,2 km 6,5%) and the final dig into Fontanigorda (3,6 km 5,7%, including a stretch of 1,8 km at 7,3%). This should be a very intense stage and getting broadcasted from the start, which is always nice. 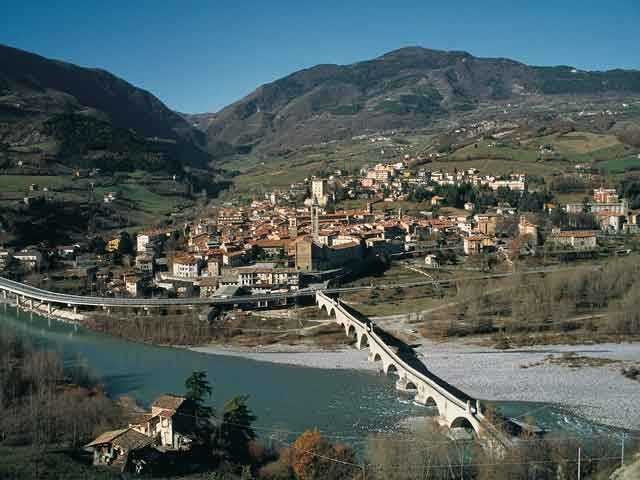 Those are some heavy stages Fauniera! I especially like the stages with the Crostis and Alpe di Siusi, but I think combined with the friday stage it's a bit to much. Not sure if the roads that day are wide enough as well. But overall, I'm really enjoying your Giro so far!

It's time for the first mountains! Today's stage will finish on the famous Grand Ballon. The Ballon will be tackled from a new side, making it the first genuine HC climb of this Tour. To reach the summit, the riders have to gain nearly 1000 meters of height within 12 kilometres. The average gradient is around 7.5%, but the climb features some steep sections. As this profile shows.

The second Vosges stage will be very hard, with no moment of rest. No less than 7 caegorized climbs are included on today's route. The first half of the stage features some relatively easy climbs: les Trois Epis (10 Km, 5%), le Col du Calvaire (11 KM, 6%) and la Collet du Linge (6 KM, 5%). This should be enough to create a solid breakaway. However, the key part of this stage is between kilometres 80 and 110 when the peloton have to climb the Petit Ballon (10 KM, 7.7%) and the Col du Platzerwasel (8 KM, 8%) straight after each other. This couple of climbs provides great opportunities to attack, since the remaining of the course isn't that hard again. Still, if all the attacks have failed the riders get some late opportunities on the Col de la Grosse Pierre (4 KM, 7.4%) and the steep finishing climb to la Mausalaine (1.4 KM, 9.5%). The last climb is likely to feature in the coming Tour as well, but propably not after such a stage!

Note: originally I wanted to include the Col du Herrenberg on this stage. This is a short, but very steep climb from Kruth towards the Route des Cretes. However, according to streetview the road surface was of very bad quality. Has anyone some ideas about the true state of that road?
A

Apologies if I have posted this before but I would love to see the Bordeaux-Paris return. It was one of my favorite races during its later years.

No doubt this would be a difficult race to stage today but I would like to see it staged every four or five years.

Alternately I would like to see a similar type race but perhaps 300 km in length. Perhaps betwen two capitals with the race being reversed every other year.

Another_Dutch_Guy said:
Those are some heavy stages Fauniera! I especially like the stages with the Crostis and Alpe di Siusi, but I think combined with the friday stage it's a bit to much. Not sure if the roads that day are wide enough as well.
Click to expand...

Yeah, i guess i agree. I should soften stage 13 or 15, the Crostis stage stays as it is. I like your Tour so far, as well as roundabout's Giroesque Tour.
S

BTW, I've used both ridewithgps and mapmyride so far.

That's interesting. It's not working with tracks4bikers, either.

fauniera said:
Yeah, i guess i agree. I should soften stage 15.
Click to expand...

Edit: By the way, Grödnerjoch is one of the most beautiful climbs in the Dolomites.

Hmm, I think you should keep this stage untouched. Libertine won't forgive you if you skip the Fedaia . You'll be fine if you skip the Monte San Giacomo on stage 13, it's propably to small for road cycling anyway. But you're in charge. All three would definetely become interesting stages!

I see your point but i stick with the easier stage to Seiser Alm. A super hard stage 15 could take the sting out of stages 13 and 14, and i don't want that. And i like Monte San Giacomo. Note that it's so narrow only for a few km. If that provokes chaos, all the better.

Nothing like the chaos I will provoke on you for removing the queen of the Dolomites, the majestic peak of Marmolada, the mighty ruler of Alpine summit passes.

I decided to play a bit with Tracks4Bikers and i am already hooked to it. Soon i will try to do a Grand Tour but for now, my first mapping:

It features Tourmalet followed by le Col d'Aspin, little climb to Lançon, le Col d'Azet and the final climb to Piau Engaly. The only reason Tourmalet is included is because i wanted a HC climb right on the beginning.

I have mapped some alternative stages with the same start and finish places as in Tour 2014 route:

Since I made the mountain stages harder, there is need for more TT kms and I like the idea to start with longer ITT than just prologue. This one is not too flat either (unlike the second ITT on penultimate day).

I am happy with other stages in the first week and second weekend so let's move to stage 11 after rest day. We don't know the real one, but I would like something like this before sprint stage to Saint-Etienne.

Similiar to original stage, but with less flat before final climb (which is easier from this side) and some new climbs as well.

Here the main obstacle is definitely final climb to Chamrousse from the hardest side, but 233 kilometers with some nasty ascents will surely tire some legs too.

Which of these two versions do you like more?

Definitely the first one.
T

This is the queen stage. One, which the real route lacks. It is not overly long in distance, but with so much climbing it could be carnage. It is possible that helpers will be dropped quite early and then anything can happen, although the profile doesn't look like the best for long range attacks.

Last mountain stage should open possibilities for those who want to change something about the result of the race. I think this one does it much more than the original one, although I like Tourmalet.