Zinoviev Letter said:
I’m still not entirely clear about what caused the fall. Was there any actual contact with Merlier or Sagan before he lost control?
Click to expand...

Yes, he rode into the back of the Fenix rider.
A

Looked to me that he realised he was boxed in, panicked and went for a gap that wasn't there.

Hope he recovers quickly. Shame for the Tour that he's out.
Y

Ewan has been lucky with falls and serious injuries - Interested to see how he performs after recovery.

Eddy Merckx will be furious after hearing Ewan has abandoned again.
Reactions: Sandisfan and thiscocks

Ewan broke his collarbone in 4 places - He is doubtful for the Vuelta.
Reactions: Sandisfan

Still unsure if Ewan rides the Vuelta. He won't be in top shape anyway.

Monte Serra said:
Still unsure if Ewan rides the Vuelta. He won't be in top shape anyway.
Click to expand...

Seems he's out, apparently not ready for the Vuelta.

Florian Vermeersch, a Classics prospect with a fast finish, will fill in for Ewan and try his hand in the sprints, leaning on Frederik Frison for support. He is one of four Grand Tour debutants in the squad, alongside Sylvain Moniquet, Maxim Van Gils, and Andreas Kron, who has enjoyed a brilliant first WorldTour season, with stage wins at the Volta a Catalunya and Tour de Suisse.

Harm Vanhoucke will be aiming for increased consistency and a possible general classification effort after impressing at the past two editions of the Giro d'Italia, while the eight-man squad is rounded out by Steff Cras and Britain's Matthew Holmes.
Click to expand... 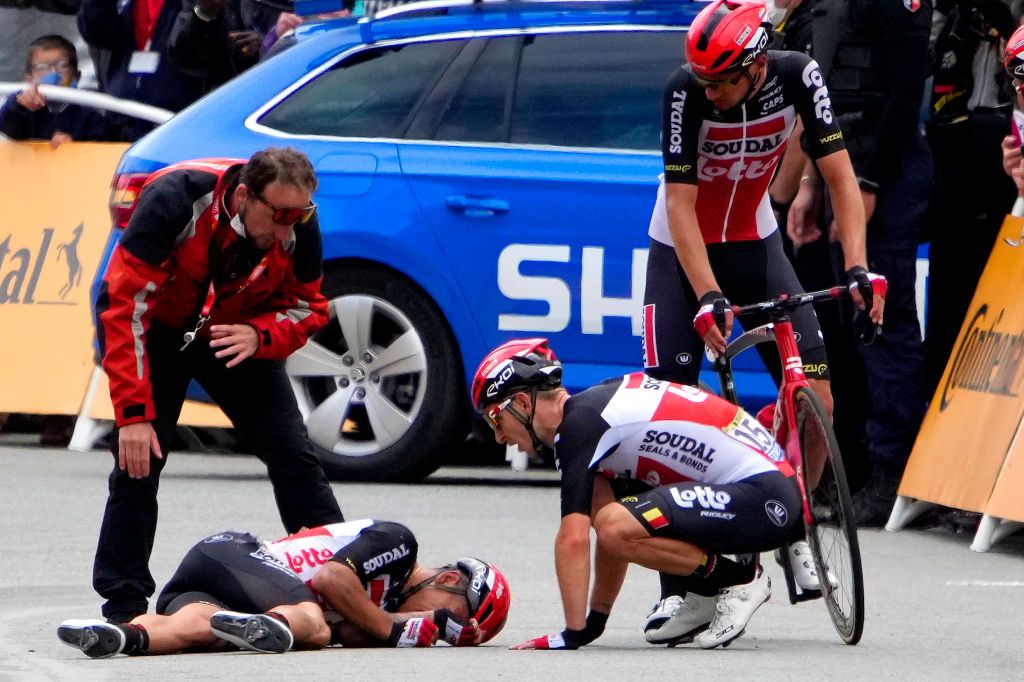 He can ride painfree, but not sprint. Because of his low unorthodox position while sprinting there's a lot of pressure on his shoulder and collarbone. So not fit enough to start the Vuelta.

Lelangue also talked a bit about Ewans contract extension saying it isn't about the money for him, more about him being the only leader in the TDF squad and LTS being the only team wanting to give that to him. That and having a dedicated and strong leadout train.
Reactions: yaco and Barnacle Bill
Y

Ewan broke his collarbone in four places, so it was a race against time to be fit for the Vuelta - It will be interesting to see the rest of his program - He always rides well at the Tour of Britain in which the team is not entered.
Reactions: Sandisfan
You must log in or register to reply here.
Share:
Facebook Twitter Reddit Tumblr WhatsApp Email Link